Graphics: How many medical personnel and supplies have come to Wuhan since the coronavirus outbreak?
By Hu Yiwei 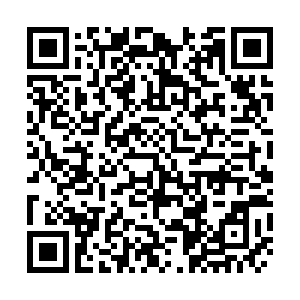 Wuhan, a city of 11 million residents in central China's Hubei Province, is still under lockdown due to the unprecedented novel coronavirus outbreak.

But it is making headway in the battle against the virus. Recent data shows that the number of daily new confirmed infections, new suspected cases and the mortality rate in Wuhan have all been declining.

This could hardly be achieved without the mobilization of the whole country to contain the epidemic.

The next day after Wuhan was put under lockdown, the first medical teams from outside Hubei, including those from Guangdong, Shanghai, and the military, were sent to support the epidemic ground zero.

By the end of last month, more than 330 medical teams consisting of some 41,600 medical personnel, both civilian and military, had been dispatched to Hubei from across the country, most of whom were sent to Wuhan.

The teams are working with local hospital staff to offer around-the-clock care for patients at Wuhan's designated hospitals and dozens of facility-turned temporary medical sites.

So far Wuhan has built new hospitals (Huoshenshan and Leishenshan), as well as 16 temporary hospitals with more than 13,000 beds.

The temporary hospitals were converted from gyms, exhibition centers and other avenues to cope with the bedding shortage amid the outbreak. More such medical sites are under construction. 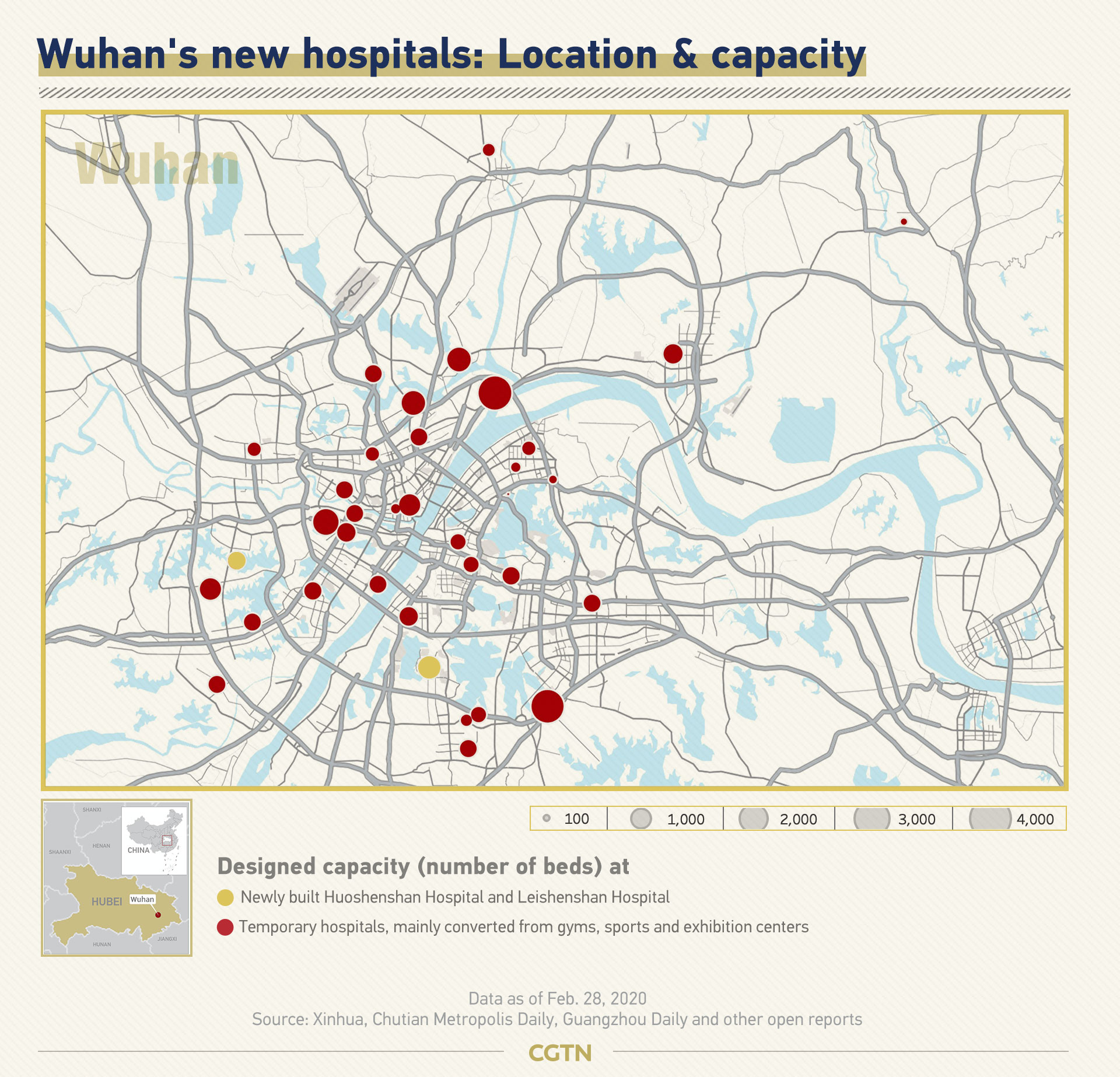 Now the key supplies for medical personnel on the front lines are guaranteed, the country's top economic regulator said.

Over two million pieces of protective clothing have been sent to Hubei. And more than 300,000 N95 respirators are either allocated to or made in Wuhan every day, enough to meet the demand of the city's 60,000 front-line medical workers, said Cong Liang, secretary-general of the National Development and Reform Commission earlier this week. 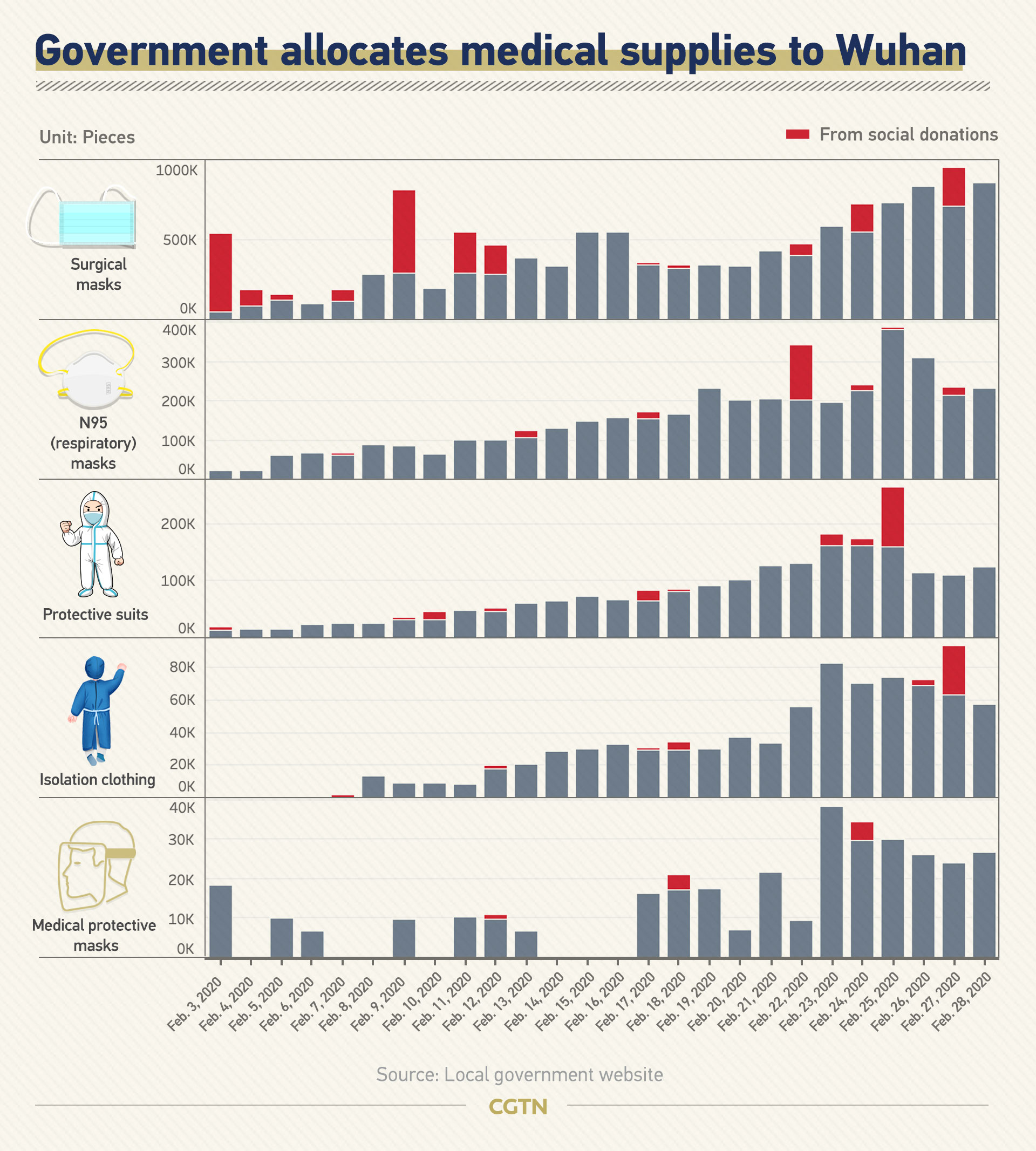 Life goes one in Wuhan despite the lockdown. Authorities have coordinated efforts to guarantee the supply of local people's daily needs.

Now the storage of daily necessities in Wuhan is generally sufficient to meet the demands during the city's lockdown, vice-mayor Xu Honglan said on Saturday. 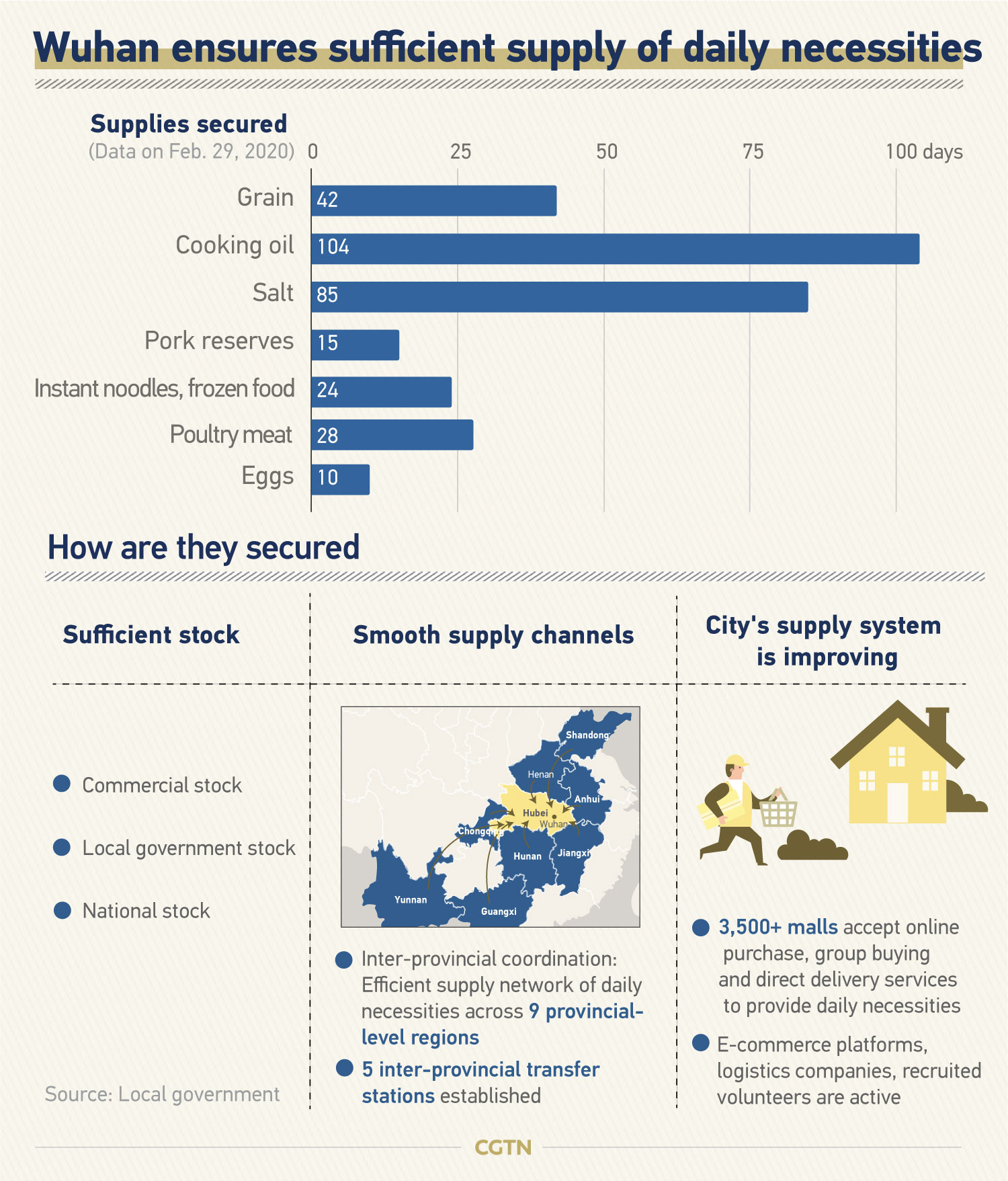 To help Wuhan fight the battle against the virus, the whole nation has been mobilized.

In a very short time, medical teams, supplies, donations and funds were all rushed into the city to contain the epidemic.

China's arduous efforts have paid off as the situation is changing for the better. 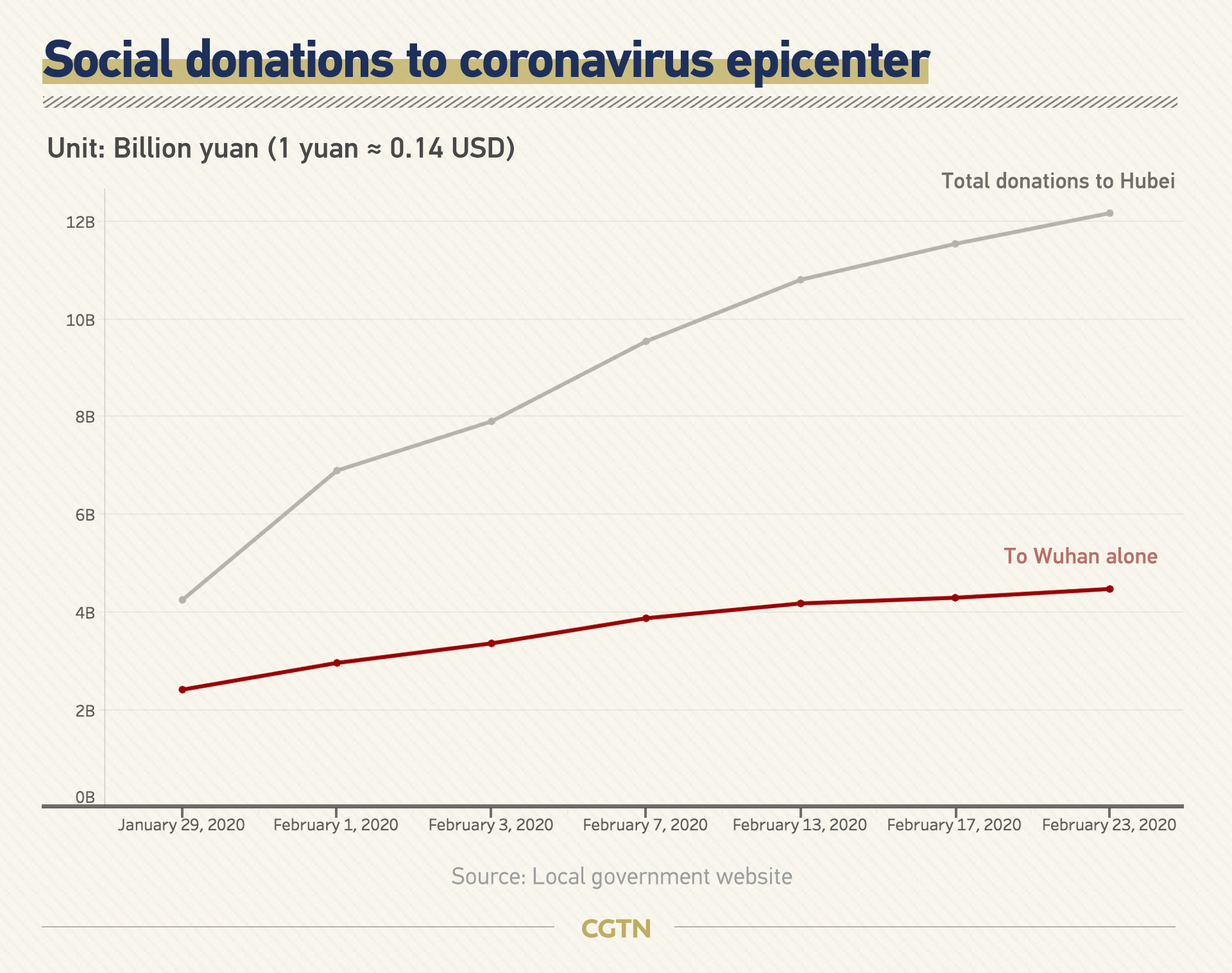