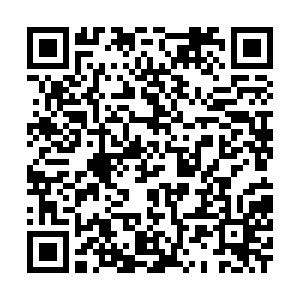 Britain and the European Union (EU) on Monday begin a fresh bout of Brexit negotiations – weighing up what compromises they are willing to make to strike a deal on their post-2020 relationship.

A chunk of the fighting and acrimony of the past three years has been put to bed – the UK is finally out of the EU – but squabbling is likely to begin anew when the negotiating teams meet in Brussels for the first round of formal phase two talks. 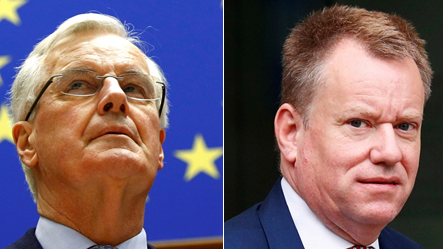 Amid the disputes leading up to UK's exit on January 31, there was little clarity about what the country actually wanted from its future outside the EU bloc beyond slogans like a "Global Britain" and "Take Back Control."

That is beginning to change.

On Monday the UK reveals its negotiating mandate for a trade deal with the United States and last week it published a detailed proposal ahead of talks with Brussels.

The Johnson government's position appeared so far removed from the EU's 46-page plan that a slow march towards a no-deal and trading on World Trade Organization terms – or an Australian-type arrangement, as the government calls it – when the transition period concludes at the end of 2020 looked possible.

Though the negotiating mandates are only starting points, major concessions from London and Brussels will be necessary if an agreement covering more than the bare bones is to be struck.

Both sides have spoken of a willingness to strike a free trade deal, but ultimately the scale of ambition will likely determine whether that's possible.

An agreement that takes the roughest edges off exit appears a more realistic outcome than a comprehensive deal. The UK mandate calls for free trade agreement "supplemented" by side deals on issues like fishing rights as well as cooperation on security and justice matters – the EU favors a single comprehensive deal.

Both sides have made positive noises about a deal similar to that struck between the EU and Canada after seven years of negotiation. But they disagree on the pre-conditions: The so-called "level playing field" issue, that regulations should match, is one of the most contentious problems to tackle.

The EU wants the UK to abide by its rules on issues like labor and environmental laws and state aid to agree to a zero-tariff deal. Prime Minister Boris Johnson does not want to be bound by Brussels' rulebook, and Downing Street has said guaranteeing "economic and political independence" is imperative.

Fishing is likely to be another flashpoint. The industry is important for British coastal towns, but a small part of the economy. Fishing rights are a symbolic issue for hardcore Brexit supporters though, as much heart as head, and the UK government is under pressure to deliver an "independent coastal state" and reject an EU call for long-term guaranteed access to UK waters.

A much larger part of the economy, financial services and access to the EU market, is another key area of disagreement, as are trade across the Irish Sea and the role of the European Court of Justice.

The teams, with David Frost leading for the UK and Michel Barnier for the EU, do have an additional factor to focus the mind – lack of time. There is little over nine months until the transition period, during which the UK is bound to the EU's rule, ends.

With time tight and differences broad some goodwill would help ease the wheels, but both sides appear likely to dig in their heels in the early exchanges.

Johnson insists the UK will exit the transition by year-end no matter whether a deal is in place, and has said he will abandon talks if "the broad outline of an agreement" was not in place by June.

The phrase is vague, but the intent to play hardball is clear.

The question for the EU is whether Johnson is bluffing – and if he's not, how painful could the consequences be in the run-up to several national elections.

For the British prime minister, the question is whether the economic cost of exiting without agreement is preferable to the potential political costs of accepting trade-offs to make a deal.