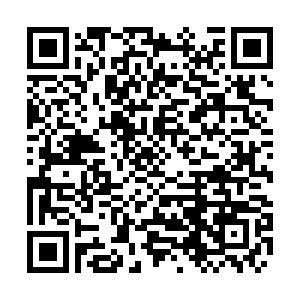 On Wednesday, Athens announced that a group of Greek pilgrims who had visited Bethlehem, the birthplace of Jesus, tested positive for the novel coronavirus upon their return to Greece.

The health ministry said these new cases would very likely bring a rise in virus infections in the country, which has 46 confirmed cases so far.

As large gatherings make people particularly vulnerable to the epidemic, fears of further coronavirus spread have deeply impacted religious activities across the world. 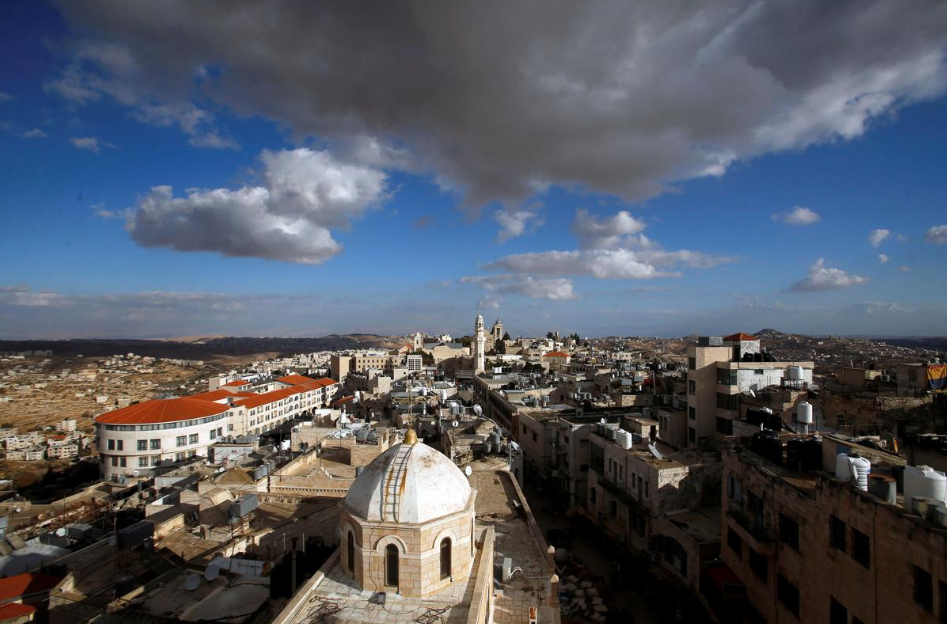 The Greek incident has prompted the Palestinian authorities to swiftly declare a state of emergency in all Palestinian-controlled territories and put in place a temporary closure of all churches and mosques in Bethlehem, including the renowned Church of Nativity.

Israel, in the meantime, has placed Bethlehem on lockdown, banning Israelis and Palestinians from entering the holy city. Israel now has 21 confirmed cases.

The upcoming festival and holiday of Easter, or Resurrection Sunday, which commemorates the resurrection of Jesus from the dead, has also succumbed to such fears, a phenomena evident in Spain and Portugal, both with an outstanding demographic of Catholics.

Religious and health authorities in the two countries have warned people against performing certain rituals and visiting religious sites.

In Spain, a pre-Easter tradition where Catholics flock in droves to kiss statues of Jesus and Mary has raised serious concerns. Fears that this ritual could accelerate the spread of coronavirus have prompted churches with some of the most sought-after statues to advise worshipers not to touch or kiss the statues. 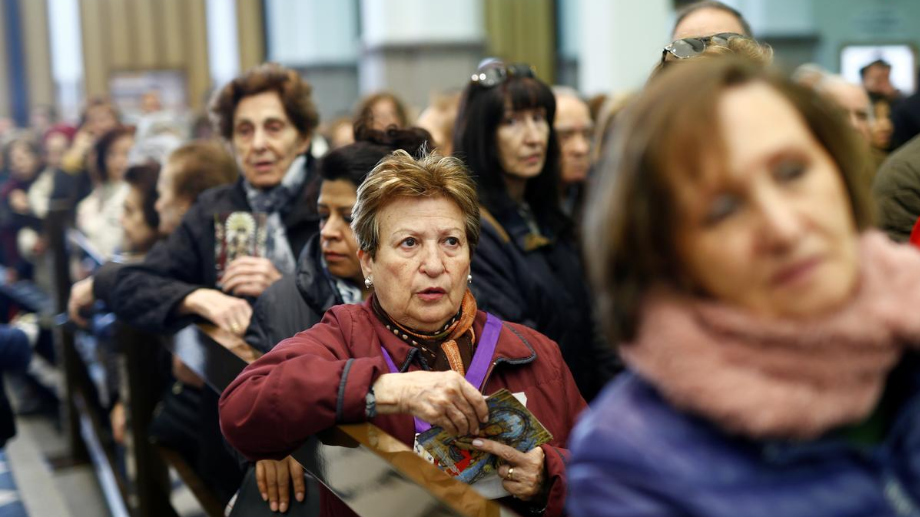 Health authorities have also recommended that people use "common sense" and avoid rituals that could help spread the disease that has killed five people and infected 387 so far in Spain.

A famous church in the southern city of Ronda, which had earlier stated its willingness to keep up the tradition, ended up making sure that people could not touch its statue.

In neighboring Portugal, where the Sanctuary of Fatima – a major Catholic pilgrimage site – is situated, the Bishops' Conference has recommended that holy water fonts be emptied and priests avoid physical contact with the faithful. Portugal has had 13 cases of coronavirus so far.

Saudi Arabia, which controls the most sacred prigrimage destinations for Muslims, closed off the holiest sites in Islam to foreign pilgrims, disrupting travel for thousands of Muslims already headed to the kingdom and potentially affecting plans later this year for millions more ahead of the fasting month of Ramadan and the annual Hajj pilgrimage.

Mecca, home to the cube-shaped Kaaba that the world's 1.8 billion Muslims pray toward five times a day, and the holy city of Medina will not receive any pilgrims before the ban is lifted. Officials in the kingdom said the ban was temporary, but gave no indication how long it might last. 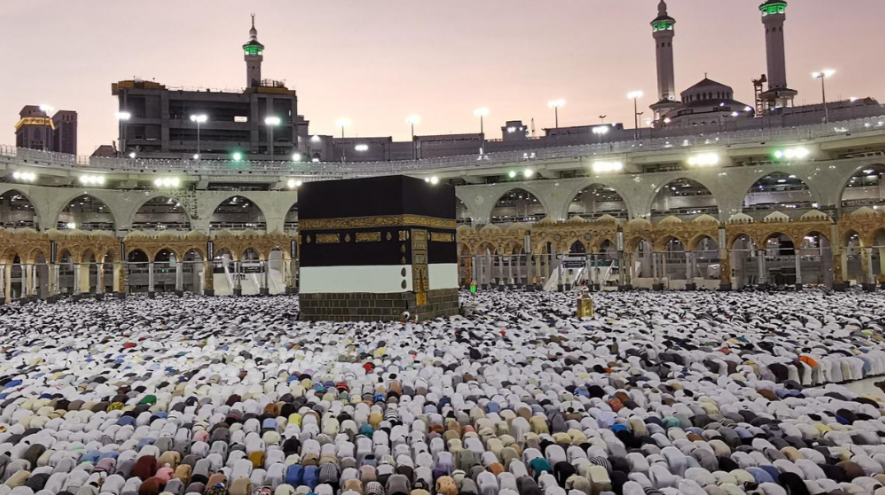 In Italy, the hardest-hit country in Europe with over 4600 infections and more than 500 deaths, services that expect large assemblies have been suspended but churches still remain open to people.

Mass is still permitted by the Italian Bishop's Conference, as long as it is celebrated in areas where risks of contracting coronavirus are deemed non-existent and practiced in accordance with the government's regulations regarding the emergency.

Church authorities across the United States have also made corresponding recommendations in an effort to prevent close contact between worshipers. They are advised to refrain from Hugs, handshakes, hand-holding and chalice sharing during Lent.

While church activities have not been cancelled, virus prevention guidance has been issued by Archdioceses in several cities and church-goers who have displayed possible symptoms of COVID-19 are urged not to attend church.

Iran, another country that tops the list of confirmed cases, has halted Friday prayers in all provinces. But high-ranking conservative clerics had previously dismissed calls to suspend the opening of the holy shrine in Qom, one of the most sacred religious sites in Shia Islam that attracts visitors from across the Muslim world, under the belief that the U.S. is behind the effort to linking the virus to Qom because it is attempting to undermine the religious institution.

Several incidents occurred inside the country have indicated that those who defy health warnings to insist in practicing temporarily banned rituals could face prison. 4747 cases and 124 deaths have been reported in the country.

In South Korea, a secretive church, dubbed Shincheonji, is allegedly at the center of coronavirus surges in the hardest-hit country outside China. Services of the controversial religious sect involve thousands of people siting on the floor, shoulder-to-shoulder, for hours. 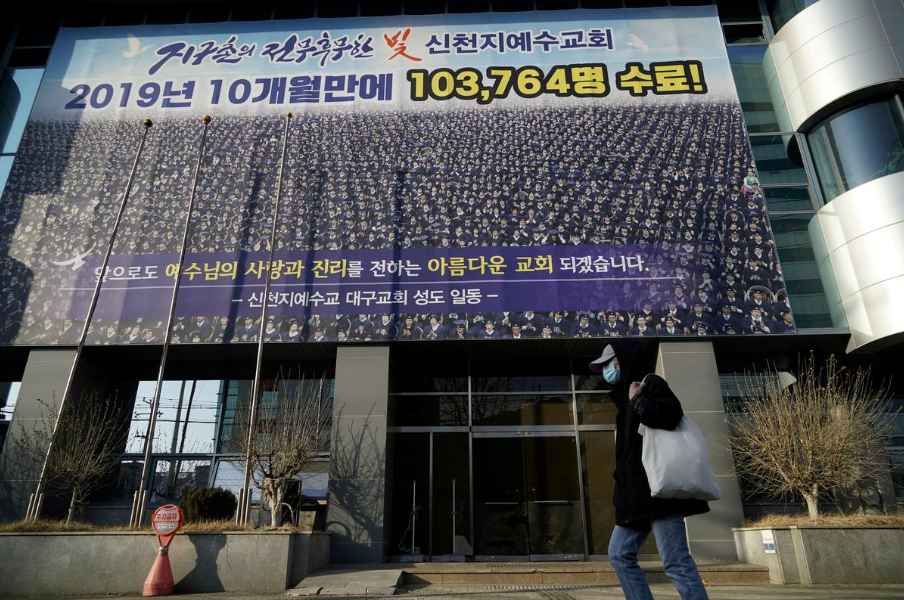 A man wearing a mask to prevent contracting the coronavirus walks past a branch of the Shincheonji Church of Jesus the Temple of the Tabernacle of the Testimony in Daegu, South Korea, February 21, 2020. /Reuters

A man wearing a mask to prevent contracting the coronavirus walks past a branch of the Shincheonji Church of Jesus the Temple of the Tabernacle of the Testimony in Daegu, South Korea, February 21, 2020. /Reuters

South Korea has confirmed 7,041 coronavirus cases, among which a notable proportion was reportedly linked to the sect's branch in Daegu, one of the hot spots in the country.

The sect's leader, Lee Man-hee, who recently tested negative for the virus, had earlier apologized for the sect's role in spreading the virus and called the epidemic a "great calamity."

The church and Lee personally have come under intense scrutiny and growing public anger, and some politicians have reported them for prosecution.