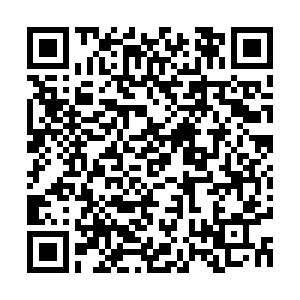 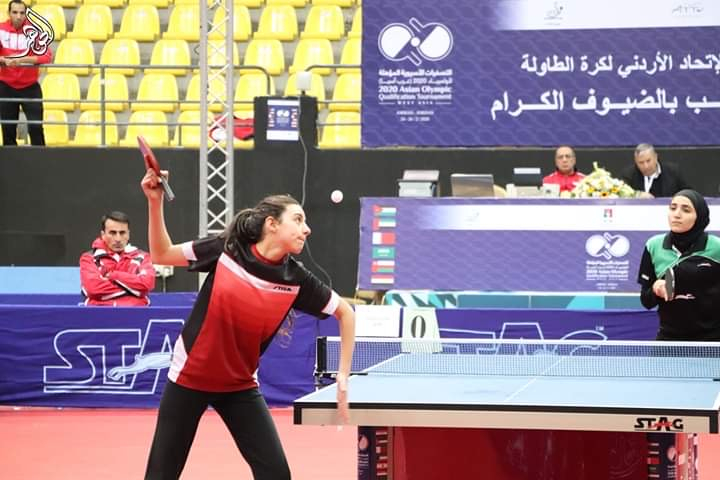 She is just 11 years old and like any girl her age she loves to read fairy tales and bedtime stories. But Hend Zaza is different or rather unique. The Syrian schoolgirl is all set to become one of the youngest participants in Olympic history. When she picks up her ping pong racket in Tokyo in a few months, Zaza will become the youngest competitor at this year's Summer Games and the youngest since 1968.

The diminutive table tennis player earned the coveted Olympic berth only last month when she defeated Lebanon's Mariana Sahakian, who is almost quadruple Zaza's age, in a breathtaking and energy-sapping contest to win the West Asia Olympic Table Tennis Qualification Tournament in Amman in Jordan.

An early-riser with table tennis racket 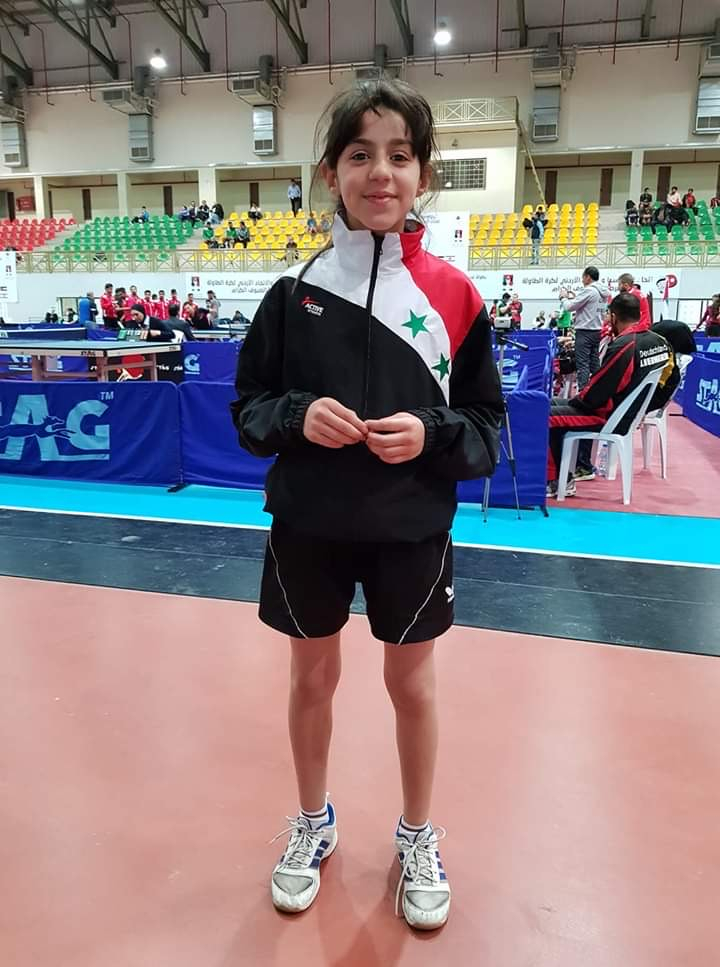 "It's unbelievable and a dream-come-to true moment for me," she told CGTN from Damascus on the International Women's Day.

Zaza, who mostly speaks her mother tongue of Arabic and has learnt a bit of elementary level English, spoke to CGTN Sports Scene through a social networking and messaging service and with the help of her coach Adham Jamaan.

"I picked up the racket in 2014 when I was five years old. I was mainly attracted to table tennis when my brother Obaida Zaza became the Syrian national champion," Zaza said in her first interview with an international media organization since booking her flight to Tokyo.

"She has been under my wings at a very early age. In fact, I discovered her as a future table tennis prospect when she joined my small table tennis school a few years ago. Since then I have been coaching her and I am happy that she already reached the highest level," Jamaan said about his prodigious protégé, who earlier won the silver medal at the Bahrain International Junior and Junior U-13 competitions and was also the West Asian Under-12 Champion at this year's event in Saudi Arabia.

All in a family 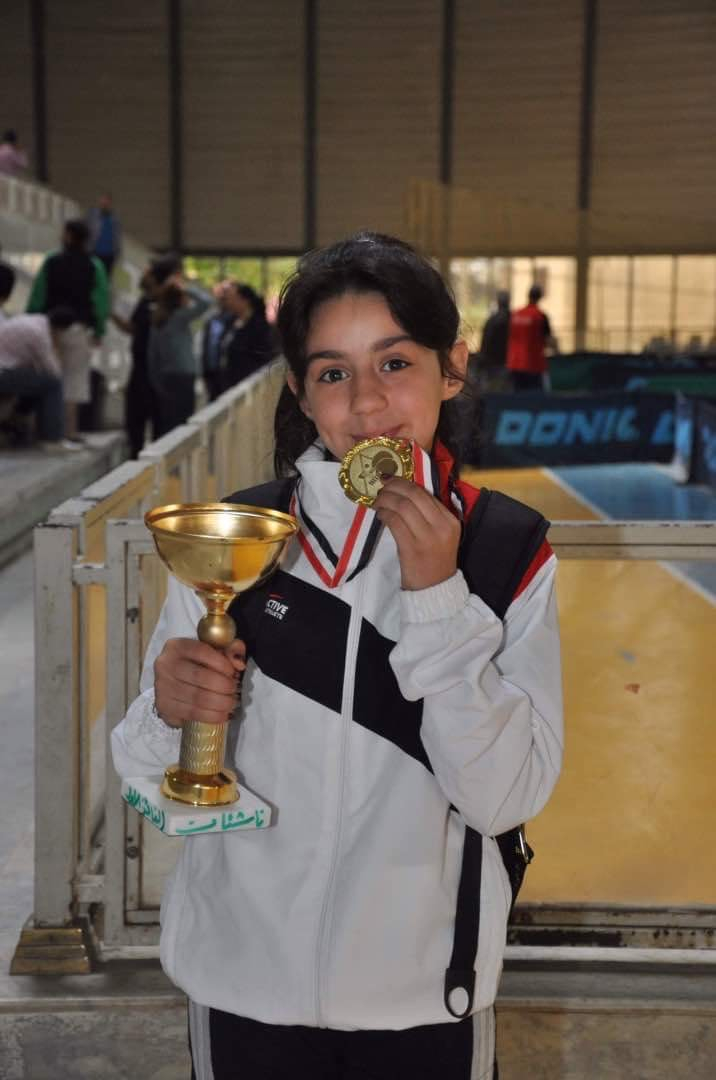 Born on January 1, 2009, Zaza is the youngest among her four siblings and the only daughter of her parents, who are originally from the city of Hama but relocated to the country's capital Damascus a few years ago. Her father was a club level football player and currently works as a sports teacher.

"Sport is in my blood and we are a sporting family. My family has been a great support for me since my early days and, being the youngest member of the family, they pamper me a lot. My parents and brothers have been helping me a lot to pursue the sport. I simply love to play table tennis and want to achieve more," the soon-to-be-Olympian from Governmental Elementary School in Damascus said.

She plays for Almouhafza Club in her home country while her idol is China's multiple World Championships winner and 2016 Rio Olympics gold medalist Ding Ning.

"She is my favorite player and I love the way she has fought her way to the top. She overcame many challenges but returned triumphant. She is my inspiration," Zaza said.

Despite having a packed international schedule and frequent traveler around the world, the schoolgirl loves to study and read. "My favorite subject is mathematics. I like other subjects also and love reading children's stories during my free time.

"I have read the Arabic translation of Harry Potter and liked it a lot."

All set for a milestone 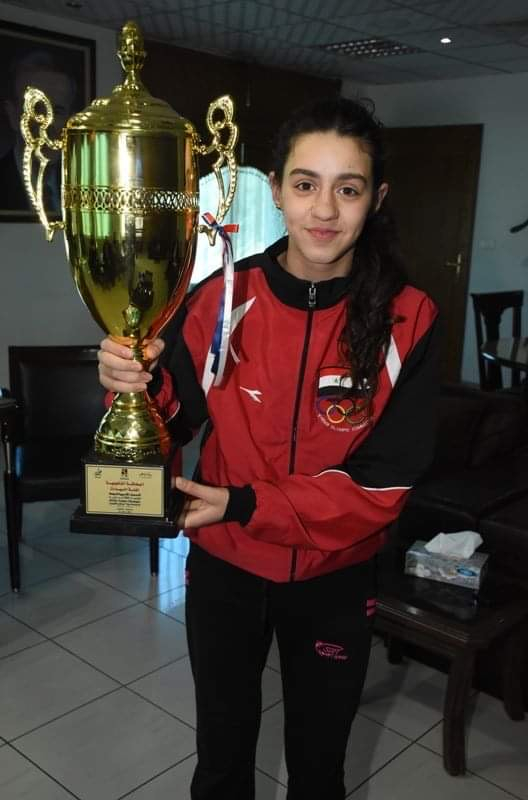 She has been unfazed by the tension in her war-ravaged country and has been undaunted by the demeanor of her opponents, who are mostly double or triple the age of this pre-teen. The pint-sized powerhouse with dreamy eyes has been training in Damascus two times a day and gearing up for rubbing shoulders with the best in the business in Tokyo.

Currently 155th in the world rankings, Zaza has also become the first Syrian table tennis player to ever qualify for the Olympics while the qualification is likely to make her the fifth-youngest competitor in Olympic history and the youngest Olympian to qualify for the quadrennial event since Russian figure skater Beatrice Hustiu in 1968.

Historically, the record for being the youngest athlete to ever compete at the Olympics was set by then 10-year-old gymnast Dimitrios Loundras way back in the first modern Games in Athens in 1896.

While praising her "strong backhand returns" and commenting on her "dedicated" student's preparations for the "Greatest Show on Earth," Jamaan said, "Hend must go camping in Europe or East Asia for two to three months before embarking on Japan for the Olympics. She may also go to China for training before heading for Tokyo."

The Syrian wunderkind will fly to the Japanese capital to join another athlete from her age-group, Sky Brown, an 11-year-old British skateboarder who won the bronze during last summer's world championships. But her coach has already set a target for the 11-year-old table tennis prodigy. "Our goal is to gain experience in Tokyo but our prime goal is to win a medal in the 2024 Paris Summer Olympics," Jamaan said.