A refresher of Afghanistan's wars: How did it all start?
CGTN 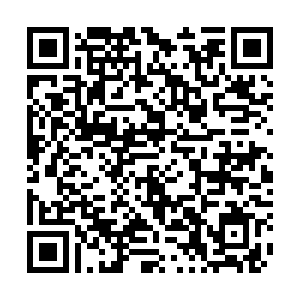 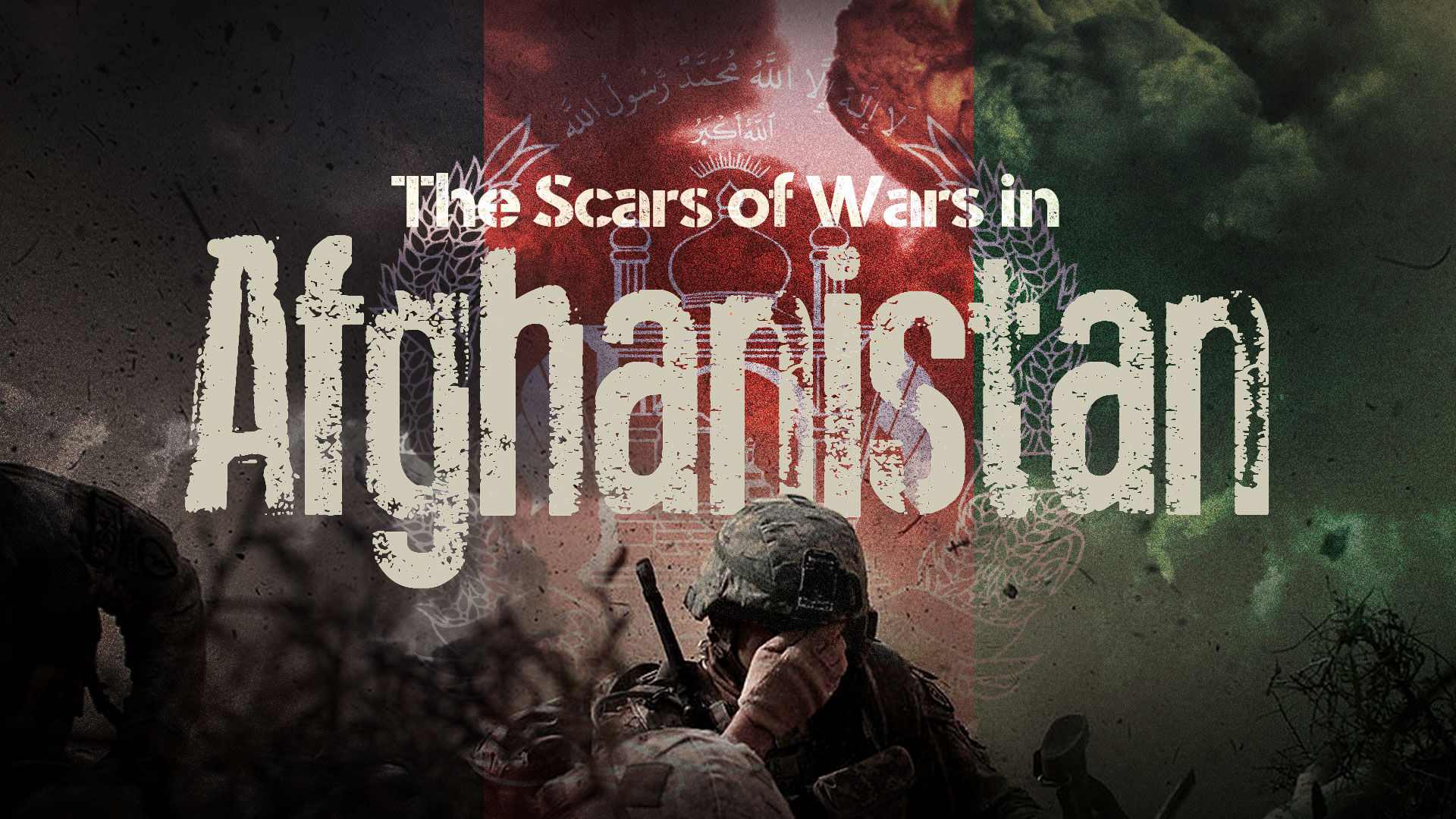 Peace is finally in sight in Afghanistan as the U.S.-Taliban deal was signed and intra-Afghan peace talks are slated to begin Tuesday in Oslo, Norway.

Afghanistan is the only country in modern history that has been at war for almost half a century; it has been haunted with violence, bloodshed, and displacement since 1979.

How did it all start? Are those wars really ending?

Could Afghanistan finally be on the road to peace?

The former Soviet Union marched into Afghanistan in December, 1979, setting the country on a path of 40 years of seemingly endless wars and conflict.

It was resisted by Pakistan and Afghan mujahideen, or Islamic holy warriors, who were armed and financed by the U.S.

In 1989, the last Soviet soldier left Afghanistan, ending 10 years of occupation, but the civil war continued.

The withdrawal of Soviet forces from Afghanistan unleashed another phase of war between the pro-Soviet government in Kabul and the mujahideen groups who failed to establish their own government, till the time the USSR disintegrated and Afghan Communist President Mohammad Najibullah's rule in Kabul was toppled in April 1992. 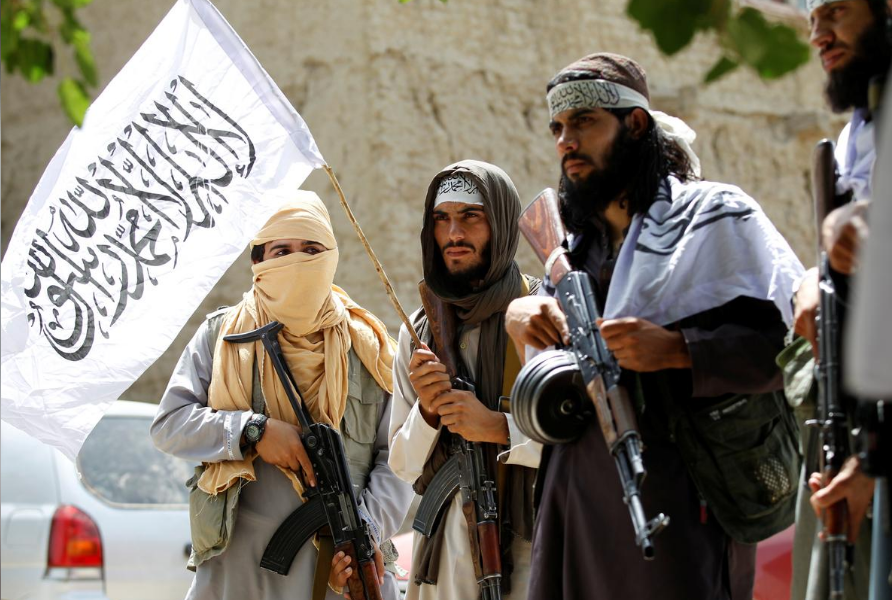 In the early 1990s, with Afghanistan in chaos and corruption of civil war, the Taliban was formed in the southern province of Kandahar under the leadership of one-eyed warrior-cleric Mullah Omar.

The Taliban rose dramatically. They drew substantial support from Pakistan and initially had the tacit approval of the U.S. On September 27, 1996, they captured the capital Kabul.

The Taliban government imposed the strictest interpretations of Shariah, or Islamic laws. Music, television and pastimes such as kite-flying were banned. Girls' schools were closed, while women were prevented from working and forced to wear an all-covering burqa in public.

By 1998, they had control of 80 percent of the country, but were only recognized as the legal government by Pakistan, the United Arab Emirates and Saudi Arabia.

Peace still seemed fragile in Afghanistan as a U.S.-led NATO force launched an invasion of the war-torn country on October 7, 2001, in response to the 9/11 terror attacks that killed about 3,000 people in the U.S. 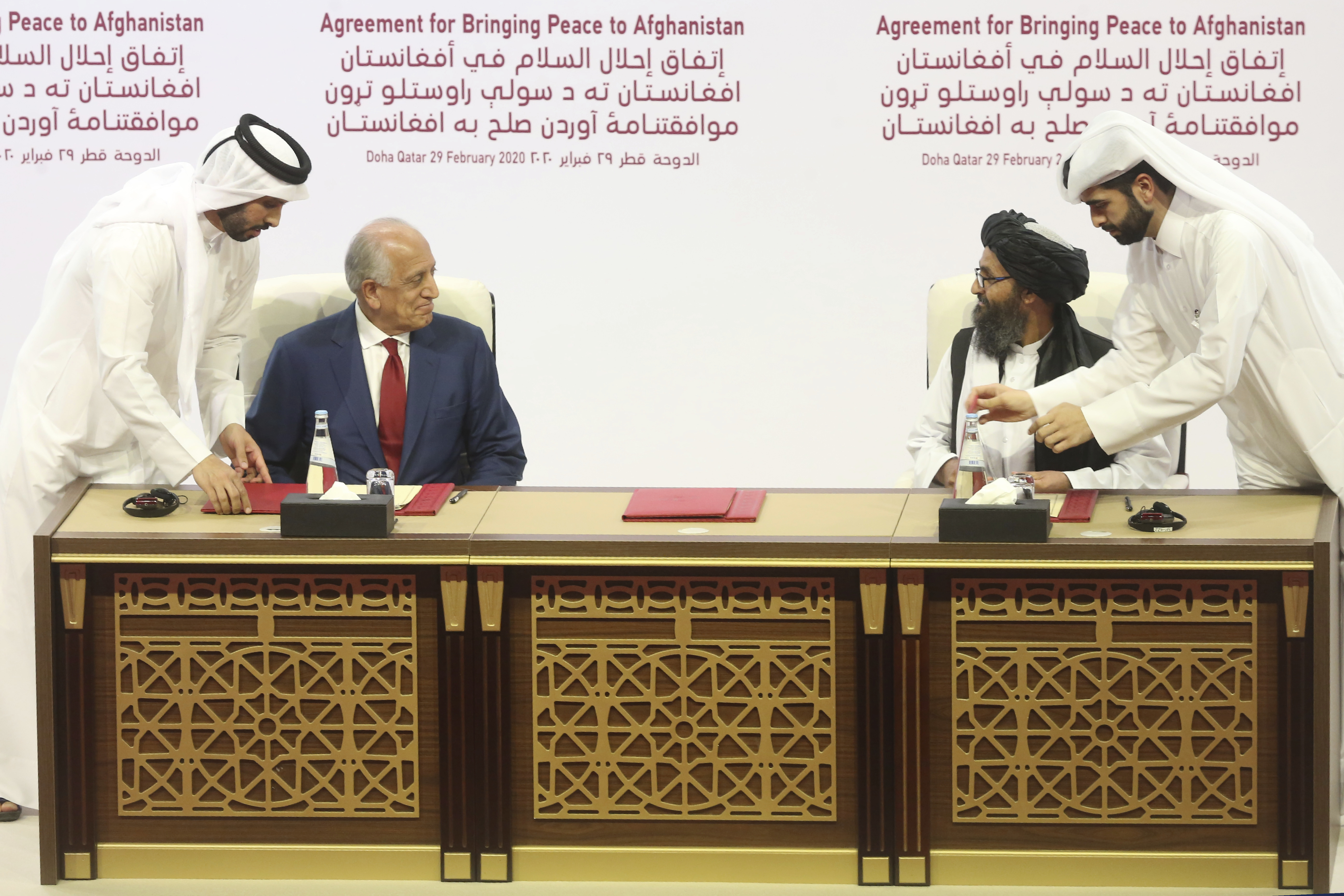 The Taliban were accused of providing a sanctuary to Osama Bin Laden and the al-Qaeda movement who were blamed for the attacks.

The Taliban re-emerged again despite ever higher numbers of foreign troops, and led an insurgency against the new western-backed government.

The NATO combat mission ended in December 2014 and the bulk of western forces withdrew. In July 2015 Pakistan hosted the first direct talks between Afghan and Taliban leaders, with support from China and the U.S., but they collapsed after Mullah Omar's death was revealed.

During the 2015-2018 period, the Taliban surged further, staging near-daily attacks targeting Afghan and U.S. forces and scores of civilians died in the crossfire. The Taliban seized control of nearly half the country.

Following more than a year of on-and-off talks, the two sides appear to make a breakthrough – with the Taliban, U.S., and Afghan forces agreeing to a week-long partial truce that started on February 22. 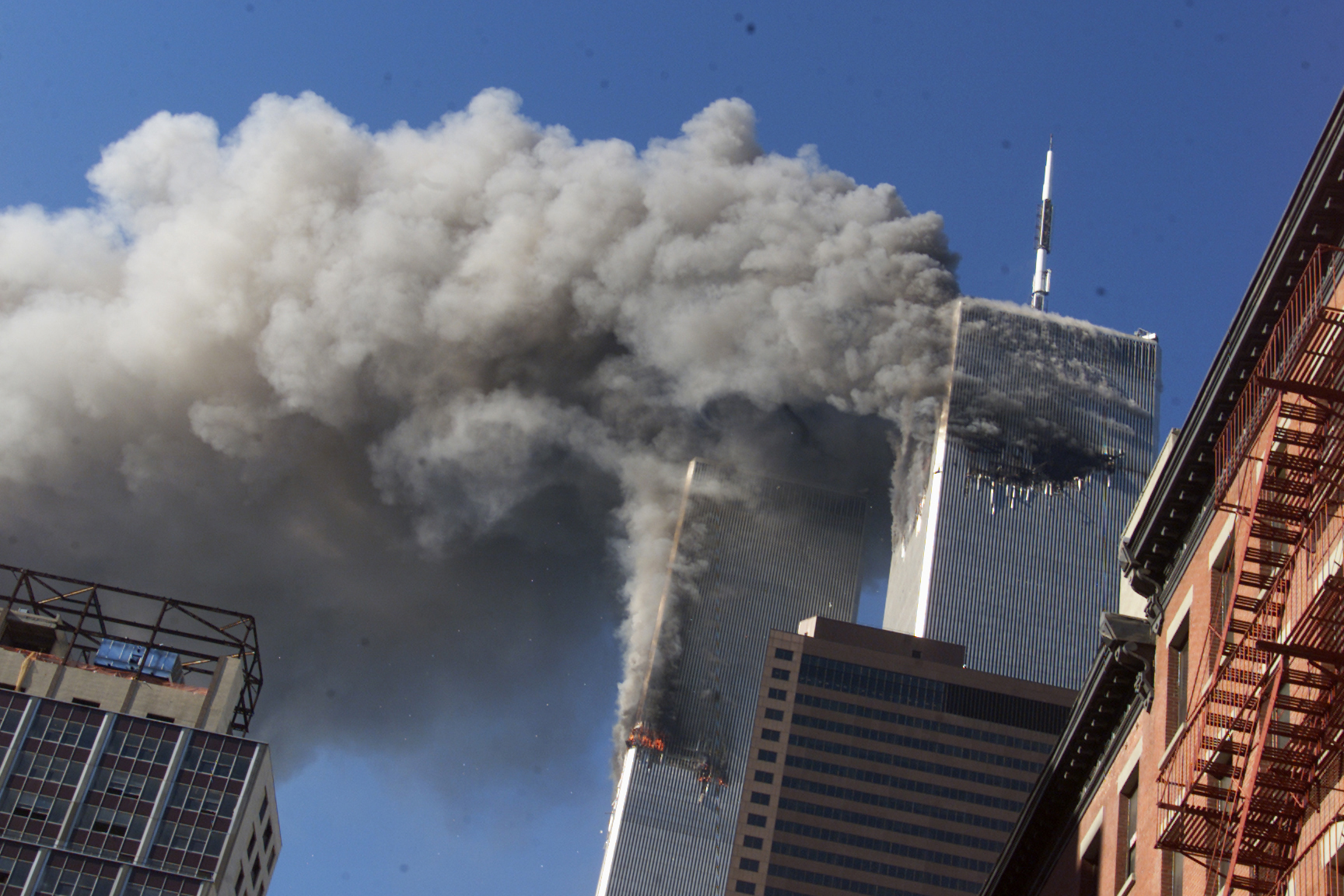 In this Sept. 11, 2001 file photo, smoke rising from the burning twin towers of the World Trade Center after hijacked planes crashed into the towers, in New York City. /AP

In this Sept. 11, 2001 file photo, smoke rising from the burning twin towers of the World Trade Center after hijacked planes crashed into the towers, in New York City. /AP

The U.S. signed a historic deal with the Taliban in Doha on February 29, laying out a timetable for a full American troop withdrawal from Afghanistan within 14 months. The agreement is set to lead to dialogue between the Taliban and the Kabul government that could potentially pave the way to an end to the 18-year conflict.

The key to a lasting peace depends largely on the outcome of talks between the Taliban and the Afghan government, rather than between the insurgents and Washington.

Any such "intra-Afghan" agreement is expected to take years, analysts say.

Infighting between key political figures may also scupper chances of an agreement.

With President Ashraf Ghani and rival Abdullah Abdullah at loggerheads over contested election results, few expect the pair to bury the hatchet and present a united front.

"It remains difficult to see President Ghani presenting a delegation that would be accepted by all strata of Afghan society, particularly the political opposition," policy analyst Mariam Safi told AFP.

Further bickering would likely weaken Kabul's position and allow the insurgents to take the upper hand in negotiations, with grim implications for Afghanistan's nascent democracy.

(With inputs from AFP; Video by Zhang Rongyi)