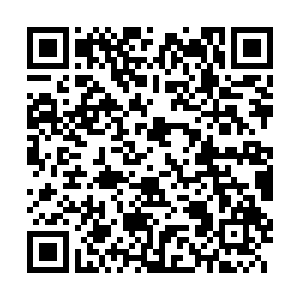 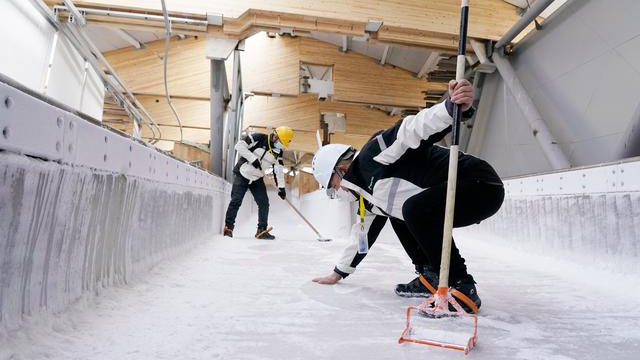 The ice-making work of the track includes ice making, ice repair, ice replenishment, cleaning and sprinkler maintenance. Due to the different requirements of various competitions, ice thickness and ice-making methods of different wall sections are also different, which puts the skill and physical quality of the ice makers to the test.

According to the project leader, the construction process has filled many technical gaps in China.

In the past four months, the construction personnel have been working continuously and completed a series of important construction procedures, including the quick installation of the 120,000-meter refrigeration and evaporation pipeline, the spraying of concrete on the main body of the track, the hoisting of the ammonia tank, the debugging of the refrigeration system, and the ice-making work on the track. 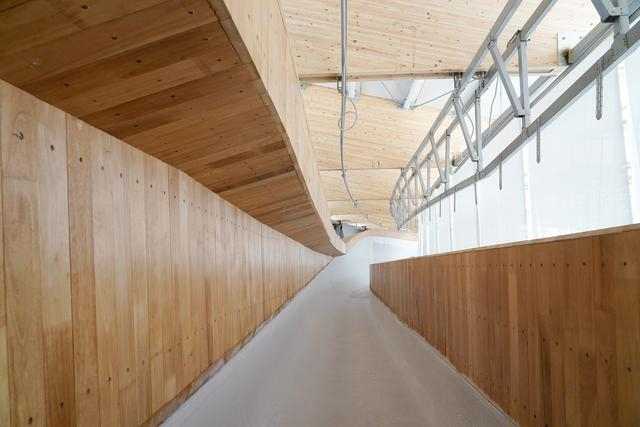 The sliding track at the National Sliding Center in Beijing, China, March 9, 2020. /Xinhua

The sliding track at the National Sliding Center in Beijing, China, March 9, 2020. /Xinhua

In October 2019, a track ice-making and repairing team was set up for the project and 10 out of 200 people were selected and sent to South Korea's Pyeongchang, which hosted the most recent Winter Olympics, for training and studying.

During the process, the ice makers were highly recognized by international ice makers and passed all the examinations at one time. They have mastered techniques such as judging ice-making conditions from frost formation and conducting micro-adjustment of the ice surface by controlling temperature.

The project is scheduled to be completed by the end of this year. After the completion of the track, it will become the first sliding track in China.

During the Beijing Winter Olympic Games in 2022, the National Sliding Center will host competitions in bobsled, skeleton and luge.