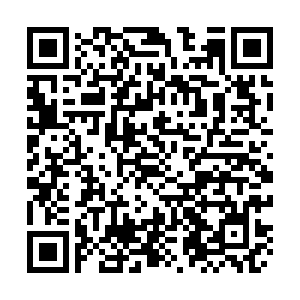 Tuesday witnessed the biggest jump in the death toll from coronavirus infections in Italy and Iran, as the deadly virus now plagues 105 countries and has caused more than 4,000 deaths around the globe.

Iranian Health Ministry spokesman Kianush Jahanpur announced on state television that 881 more cases had been reported in the last 24 hours, bringing the total to 8,042, and that another 54 patients had died.

The UN's special rapporteur on human rights in Iran asked the country to free all political prisoners temporarily from its overcrowded and disease-ridden jails to help stem the spread of coronavirus.

Across the continent, just hours after a nation-wide lockdown came into force in Italy, health authorities announced the death toll had jumped by 168 to 631, the largest rise in absolute numbers since the contagion came to light on February 21.

Meanwhile, the UK's junior health minister Nadine Dorries has been diagnosed with coronavirus, after she attended a reception with British Prime Minister Boris Johnson. The announcement came after two U.S. republican members of the Congress said they will self-quarantine because of possible exposure to the virus at the Conservative Political Action Conference (CPAC), which was attended by U.S. President Donald Trump. 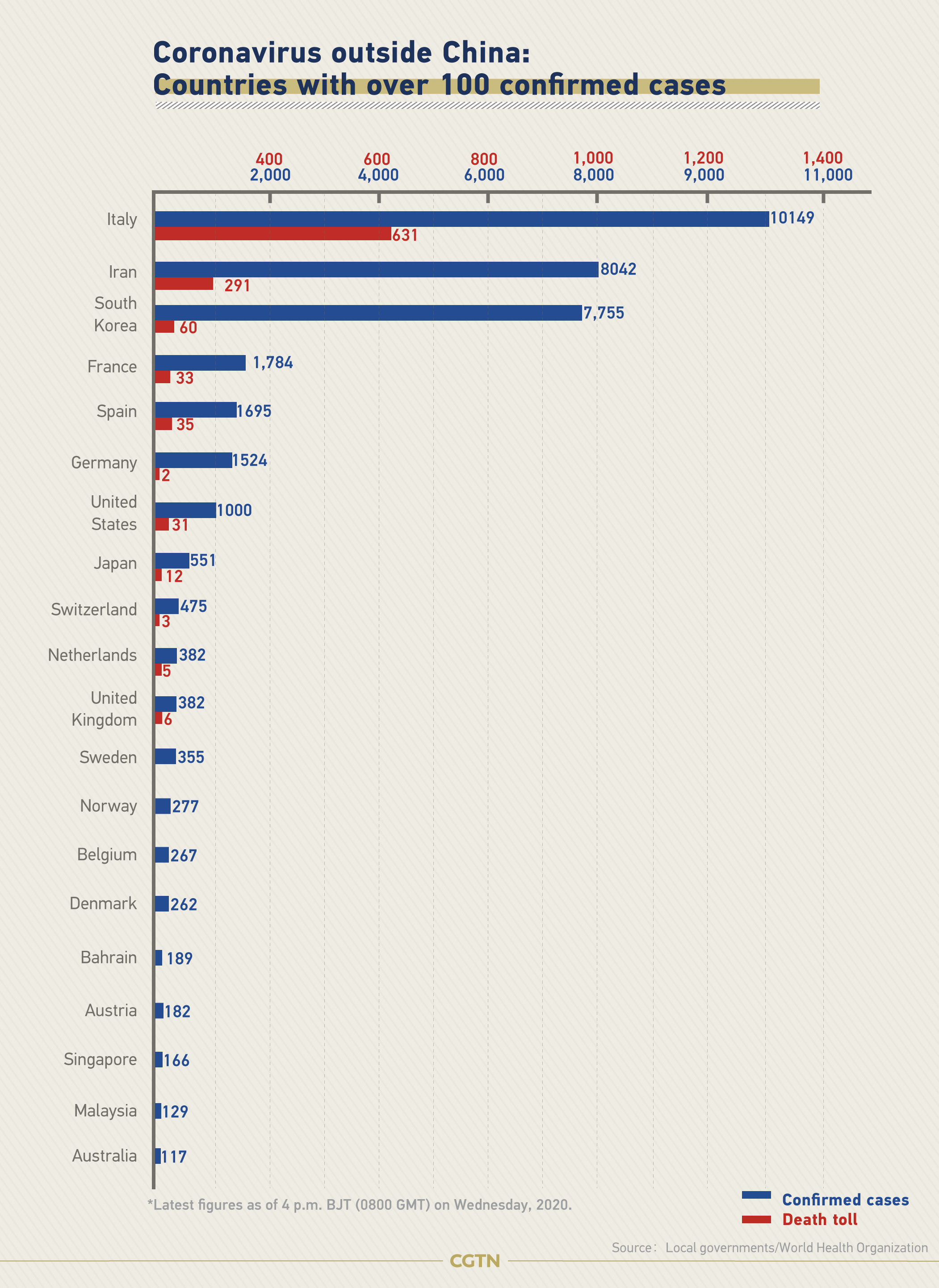 U.S. politicians halt their activities as Trump denounces the emergency

U.S. Senator Ted Cruz of Texas and Representative Paul Gosar of Arizona separately said on Monday they will take the step of self-quarantining out of caution on Monday, after the American Conservative Union announced that one of the CPAC attendees had tested positive for the coronavirus.

President Donald Trump and Vice President Mike Pence also attended the conference, but Trump denounced the possibility of him contracting the virus and the necessity of taking a test as he has "no symptoms, no anything."

Additionally, Trump's reelection campaign announced it was adding one new event in Milwaukee, the same day Democratic candidates Senator Bernie Sanders and former Vice President Joe Biden announced the cancellation of their campaign events in Ohio out of concerns for public health.

Trump has reportedly insisted that there be no changes to his schedule despite warnings from health officials. While the number of coronavirus cases in the U.S. has reached 1,000 according a to CNN tally, which has doubled since Sunday, and 31 people have died from it.

British junior health minister Nadine Dorries has tested positive for the coronavirus and is self-isolating, she said on Tuesday.

The announcement came as a sixth person died from the virus in UK, which now has a total of 382 COVID-19 patients.

Dorries said she took "all the advised precautions" as soon as she was told of her diagnosis.

"Public Health England has started detailed contact tracing and the department and my parliamentary office are closely following their advice," she said in a statement issued through the UK's health department.

The Times reported that Dorries met hundreds of people in Parliament in the past week and attended a reception hosted by Prime Minister Boris Johnson.

No. 10 did not comment on whether Johnson had undergone testing, or whether he will now be tested.

Also in Europe, Ireland is calling for a quick resolution to resolve its political division in order to better tackle the contagious crisis of COVID-19.

"Clearly the pubic health crisis has brought a new urgency to discussions. The enormous challenges that are presented to our society makes the formation of a government an imperative," Fianna Fail's Micheal Martin said in a video posted on Twitter. 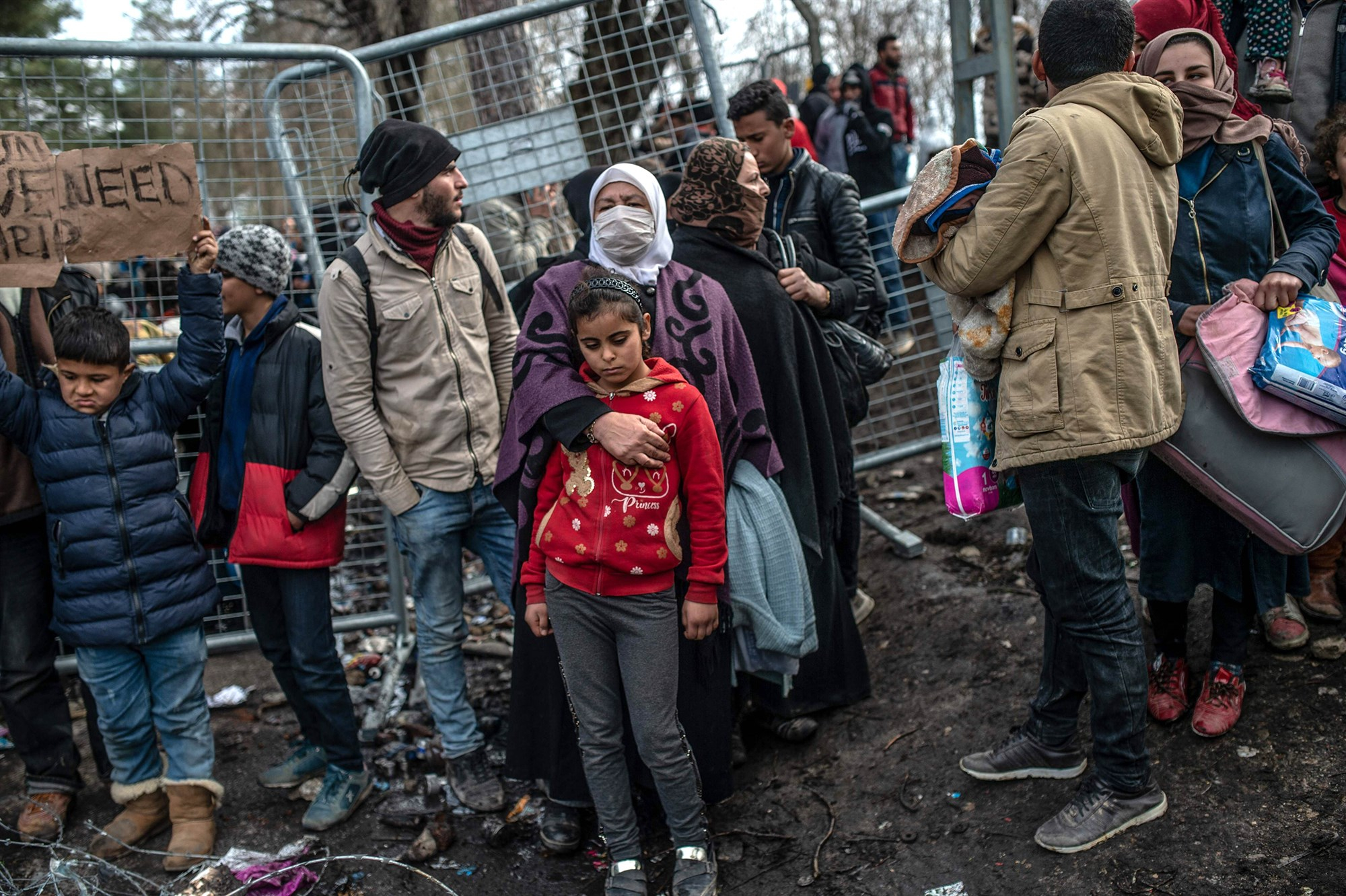 Migrants wait with their children in the buffer zone at the Turkey-Greece border near the Pazarkule crossing gate in Edirne, Turkey, on Thursday, March 5, 2020. /AFP

Migrants wait with their children in the buffer zone at the Turkey-Greece border near the Pazarkule crossing gate in Edirne, Turkey, on Thursday, March 5, 2020. /AFP

A Turkish citizen with symptoms of a high fever and cough was diagnosed with the coronavirus following tests, making him the country's first confirmed diagnosis, Turkish Health Minister Fahrettin Koca said early on Wednesday.

The male patient is in good health and his family and people who had close contact with him are under observation.

"This is the first case confirmed in our country. The diagnosis of coronavirus was made early and if the virus has spread it is limited. Our country is prepared for this, all measures to prevent spread are taken," Koca said at a news conference.

Meanwhile, there are tens of thousands of migrants gathered at the border trying to get into Greece, without any health administration tracking their health since February 28.

On the other side of the Turkish border, Ankara has been trying to take steps to bolster security on its border with Iran to contain the coronavirus threat, but believes that trying to prevent the spread of the virus in refugee camps in Syria would be a "mission impossible," according to Turkey's ambassador to the United States, Serdar Kilic. The Pan American Health Organization said last week it would be prioritizing Haiti, Venezuela and a handful of other Central and South American countries who have "more challenges to their health systems."

With neighboring Colombia confirming its first case last week, it is only a matter of time before it reaches Venezuela, officials say. And years of recession, hyperinflation, and underinvestment in public services have left Venezuela in poor condition to confront any cases of the coronavirus that is spreading rapidly.

Meanwhile, thousands of opposition demonstrators are still gathering in the street marching on the national legislature, which pro-government lawmakers seized control of in January.

So far, Latin America has been spared the worst ravages of the virus in the pan American region with only around 100 cases reported since Brazil announced the first case on February 26.

Also on Tuesday, Jamaica, Mongolia, and the Democratic Republic of Congo also confirmed their first cases of the coronavirus, all of which are imported cases.

Indonesia and Lebanon recorded its first death from the coronavirus.