Educational Equity: Online classes for all
By Ai Yan 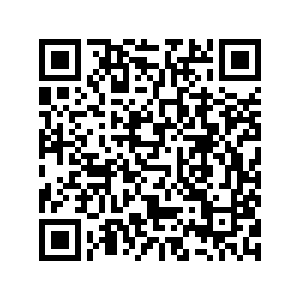 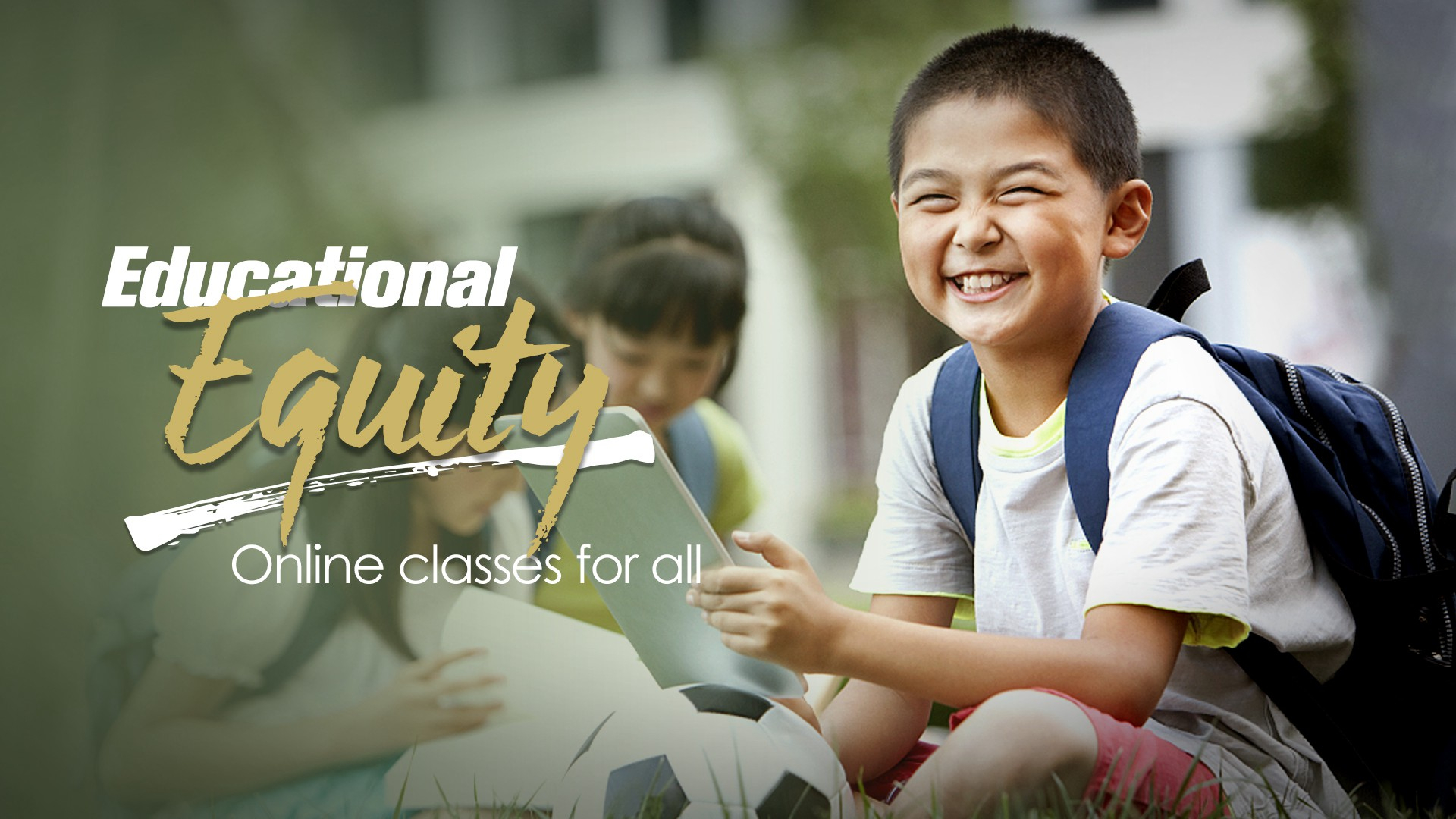 This is the ninth episode of our series "Faces Fighting Coronavirus" chronicling people from different walks of life who are affected by the outbreak as well as those who are trying to keep their lives as normal as they can to keep our society running.

Our ninth episode looks at the students in underdeveloped areas where facilities and internet connections are not available, to check on how their studies were affected by the COVID-19 epidemic.

The news of a teenage girl's suicide attempt in early March shocked the Chinese people.

On March 1, local media in central China's Henan Province reported that a teenage girl surnamed Li in Dengzhou City took her mother's drugs for treating mental diseases in an attempt to take her own life.

The reason for her suicide remains unclear, but according to her family, before the incident, Li was quarreling with her sister over the usage of the family's only smart phone because they both need it for online lessons.

She was rushed to a local hospital for emergency treatment, and later was said to have survived.

According to local media reports, the teenager is the second of the three-sibling family, which is registered as a low-income household that has been receiving an allowance from the government. Both of the child's parents are disabled.

Starting February 10, when online lessons started in Dengzhou City, Li had been using the smart phone in alternating turns with her sister and brother.

A team made up of members from the local supervision committee, educational department and poverty relieving department has been dispatched for investigation and the local government said they will cover the medical charge for the girl's treatment.

The incident has drawn public attention to the unequal educational resources many students face since classes have become primarily internet-based under the epidemic.

Starting late January, with the sudden outbreak of the COVID-19, most Chinese students have been stuck at home and the commencement date of the new term for most schools have yet to be determined.

In order to maintain continuity in education, schools moved a large portion of their lessons online in February. While most students and teachers have been struggling with fitting into the new normalcy of sitting in front of the computer all day, those living in the remote and rural areas are faced with the difficulties of catching up with their classmates due to their limited equipment and poor web connections. 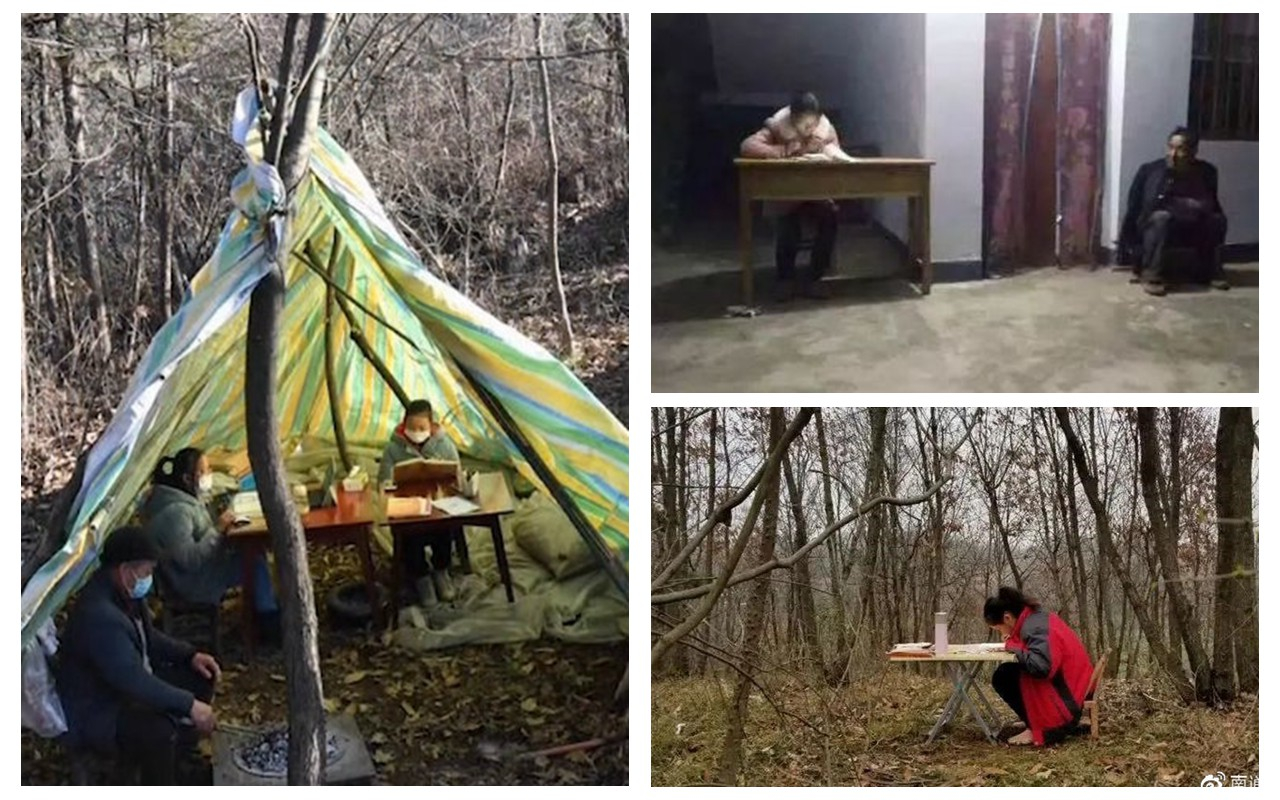 In Luoning County, a girl who has no wifi connection in her own home, had to study outside the villagers' committee in the cold winter. And in Inner Mongolia and Tibet, some students have had to travel across prairies and climb mountains in search of a working internet signal.

A girl trapped in her grandpa's in a village of Yichang City, Hubei Province, even moved to a camp set up by her grandpa in the mountain so as to take online lessons.

In fact, according to data released by the China Internet Network Information Center (CNNIC), as of June 2019, the internet coverage in China is 61.2 percent, and as of October last year, 98 percent of villages have been equipped with optical fiber and 4G signals. However, even so, the construction of the internet connection in some remote areas remains hindered by drastic natural situations.

The epidemic only brought out the gaps that already existed in educational resources, especially the digital aspects.

How to fix that?

When the reports fermented on social media, responses came immediately from almost every possible sectors of the society.

In Dengzhou City, the government has launched a door-to-door investigation into the families that can't afford facilities for online lessons and provide help to ensure every student can receive education through the internet.

Meanwhile, from universities to charity organizations, even individuals who learned the news from the internet, people have started to provide mobile devices for those students.

Last week, the Peking and Nankai universities both announced new measures to offer subsidies to students with financial difficulties that will cover thousands of students. Peking University has also set up a fund for purchasing mobile facilities such as laptops and smart phones to those who cannot afford one. 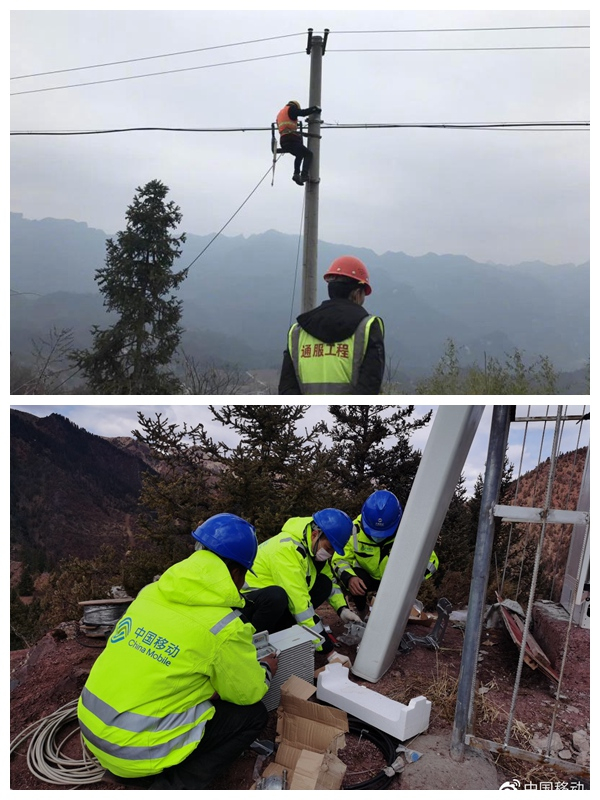 In east China's Anhui Province, the local branch of China Telecom, one of the three Chinese telecommunication tycoons, provided 3,500 smart phones to students in the underdeveloped areas to ensure they have access to the online lessons.

In south China's Guangdong, tablet computers were provided to more than 9,000 high school and junior high students by the Guangdong Provincial Education Foundation for their online classes during the epidemic.

Besides for these mobile devices, telecommunication companies have also been speeding up the development of new bases for remote areas, so that more students can have wi-fi connections at home.

China Mobile has sent a team to create a temporary vehicle between the nearest base and a village in Inner Mongolia, in order to provide connections for the kids there. Before this, the students had to wander on the prairie in searching for a signal. China Telecom has opened a green channel and set up connections for a village in Ya'an City, Sichuan Province. It took them only a day to complete the connection and, so far, five students living in that village have been able to access online lessons.

The Chinese Ministry of Industry and Information Technology issued a document earlier this month, asking telecom companies, including China Telecom, China Mobile and China Unicom to provide discounted internet packages to the students in underdeveloped areas, so as to ensure they get the equal chance of receiving online education.

And more actions are underway.

The cover image is a file photo from VCG, not related to the story.