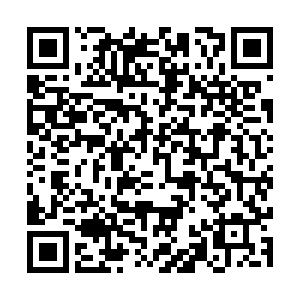 Asian countries and regions have stepped up entry and exit control measures in a bid to reduce the risk of COVID-19 infection, which has been officially declared a pandemic by the World Health Organization (WHO).

Vietnam will deny entry and stop issuing tourist visas to citizens from Europe's Schengen visa-free area and Britain starting from Sunday, according to its foreign ministry. Visas on arrival for all foreign nationals are also temporarily halted, it added.

Vietnam has confirmed 53 cases of the coronavirus. There have been no deaths in the country. The restriction will be in place for 30 days.

The United Arab Emirates and Qatar announced restrictions on visas on Saturday.

There have been 85 confirmed COVID-19 cases reported in the UAE and 337 cases in Qatar so far. 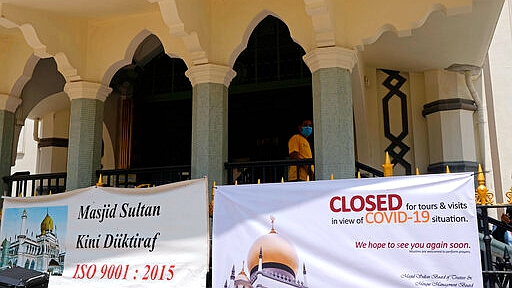 A sign that reads "Closed for tours and visits in view of COVID-19 situation" hangs outside the Sultan mosque in Singapore, March 13, 2020. /AP

A sign that reads "Closed for tours and visits in view of COVID-19 situation" hangs outside the Sultan mosque in Singapore, March 13, 2020. /AP

From March 16, Singapore will bar visitors who have visited Italy, France, Spain and Germany for the last 14 days, Minister for Health Gan Kim Yong and Minister for National Development Lawrence Wong announced at a press conference on Friday.

The announcement came after the rise in the number of new infections in the European countries. With over 28,000 cases reported in the European Union, the WHO says Europe is now the epicenter of the COVID-19 pandemic. The confirmed COVID-19 cases in Italy have exceeded 17,000 with those in France, Spain and Germany over 3,000 respectively.

For Singaporeans, permanent residents and long-term visit pass holders who have been to the four European countries within the last 14 days, they must stay home at all times for two weeks after returning to Singapore.

Singapore has so far reported 200 confirmed cases of the novel coronavirus. The country had previously issued travel restrictions regarding travelers from the Chinese mainland, Iran, northern Italy and South Korea. 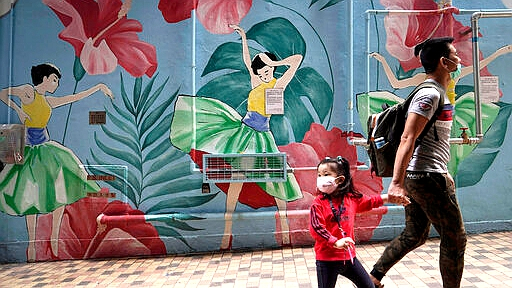 People wear masks as a precaution against the COVID-19 illness, near a wall painting of dancers in the background, in Hong Kong, March 8, 2020. /AP

People wear masks as a precaution against the COVID-19 illness, near a wall painting of dancers in the background, in Hong Kong, March 8, 2020. /AP

China's Hong Kong Special Administrative Region (HKSAR) government issued the red outbound travel alert on the Schengen Area in Europe on Friday, covering all 26 countries including Austria, Finland, France and Greece, according to an official statement.

The HKSAR government urged Hong Kong residents who are about to travel to those countries to adjust their plans and in general advised residents to consider delaying all non-essential travel outside Hong Kong.

Responding to the rapid increase in the number of novel coronavirus cases overseas, the HKSAR government has issued such alerts on multiple countries and regions, such as Iran, South Korea and Hokkaido in Japan.

There have been a total 137 confirmed cases reported in Hong Kong with three fatalities. 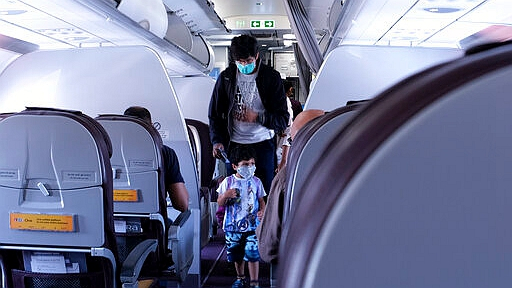 A man and a child wearing protective masks as a precaution against the novel coronavirus board a plane at Bandaranaike International Airport in Colombo, Sri Lanka, March 10, 2020. /AP

A man and a child wearing protective masks as a precaution against the novel coronavirus board a plane at Bandaranaike International Airport in Colombo, Sri Lanka, March 10, 2020. /AP

Sri Lanka's Civil Aviation Authority (CAA) on Friday said it had temporarily halted passengers arriving from South Korea, Iran and Italy in order to prevent COVID-19 from spreading on the island country.

The government information department said in a statement that the CAA had informed all airlines not to carry passengers to Sri Lanka from these three countries, and any other passenger who had traveled to these countries recently. The ban will remain in place for two weeks.

"This is to inform all online carriers and offline carriers that according to the instructions received from the Health Department, all travel beginning from Iran, Italy and South Korea to Sri Lanka will be banned from March 14 for two weeks, ending March 28," the government information department said.

Sri Lanka has confirmed two positive cases of COVID-19 and the Health Ministry has assured that all preventive measures were being taken to prevent a spread of the virus.