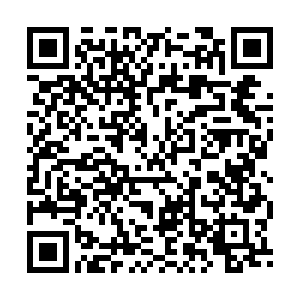 Chinese President Xi Jinping sent messages of sympathy to the President of the Republic of Korea (ROK) Moon Jae-in, Iranian President Hassan Rouhani and Italian President Sergio Mattarella separately over the COVID-19 outbreak in their countries.

In the message to his ROK counterpart, President Xi thanked previous help and assistance from the neighboring country, as Moon had said his country would "actively support" China in fighting the epidemic.

The virus knows no borders, and in turn, China knows just how much pain ROK feels, it read.

China will continue to support ROK to contain the virus, and is willing to cooperate with the country to overcome the difficulties as soon as possible.

Xi: Iran will definitely prevail over the pandemic

In the message to President Rouhani, Xi said he appreciated the Iranian government and people for their support and assistance during China's fight against the epidemic, adding that China is lending Iran a helping hand.

A Chinese aid team, along with tons of medical supplies, has been sent to Iran as part of China's efforts to help the virus-hit country during the outbreak.

Xi believed that the Iranian government and its people will win the war eventually.

In his message to President Mattarella, Xi noted that mutual support and win-win cooperation have always been the main theme of the Sino-Italian comprehensive strategic partnership.

During times of hardship, the Chinese government and people firmly support Italy's efforts to fight the epidemic and are willing to cooperate and offer assistance, he said.

Italy criticizes EU for not responding its call for help, 'only China responded bilaterally'

Noting that mankind is a community with a shared future, Xi pointed out that only through solidarity and cooperation can mankind face all kinds of global risks and challenges.

"As long as China, Italy and the international community work together, we will be able to overcome the epidemic as soon as possible, and jointly protect the well-being of the two peoples and the people throughout the world," he added.

This year marks the 50th anniversary of the establishment of diplomatic relations between China and Italy. The Chinese president expressed belief that through the joint efforts to tackle the epidemic, the traditional friendship between China and Italy will be stronger and the connotation of cooperation will be richer.