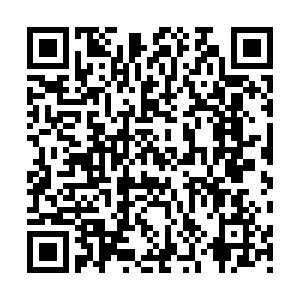 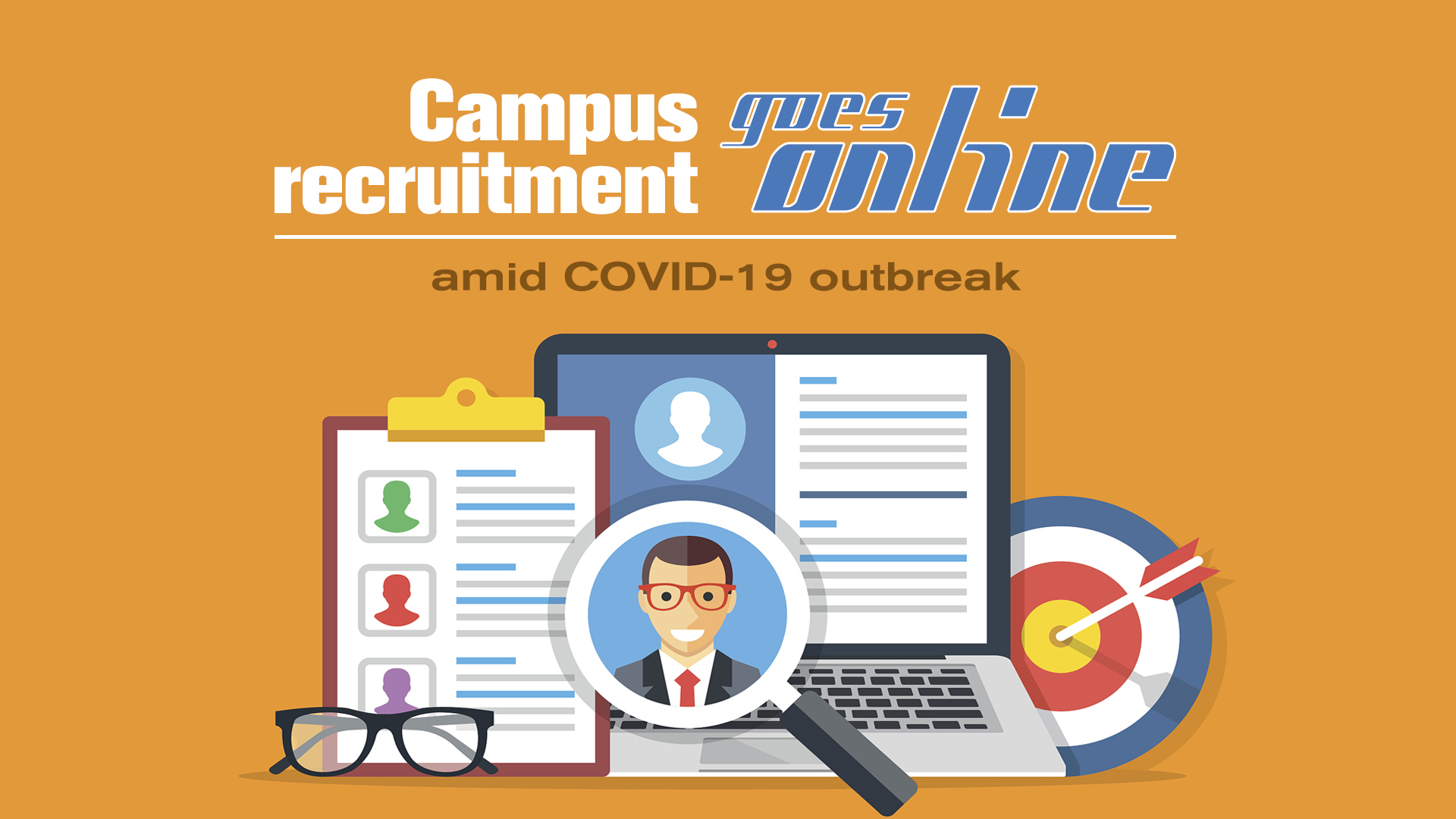 Spring is usually the season for job recruitment in China, particularly in March and April. This year's COVID-19 outbreak, however, disrupted the pace, especially for college graduates.

It also poses great challenges to career and employment centers at domestic universities and colleges, which organize campus career fairs and workshops, and assist graduate students in finding jobs, as the offline recruiting activities have been halted nationwide.

To ensure job hunting, more universities and colleges across China are turning to "cloud recruitment," and offering career services online instead of on-site recruiting to avoid cross-infection and disease transmission. 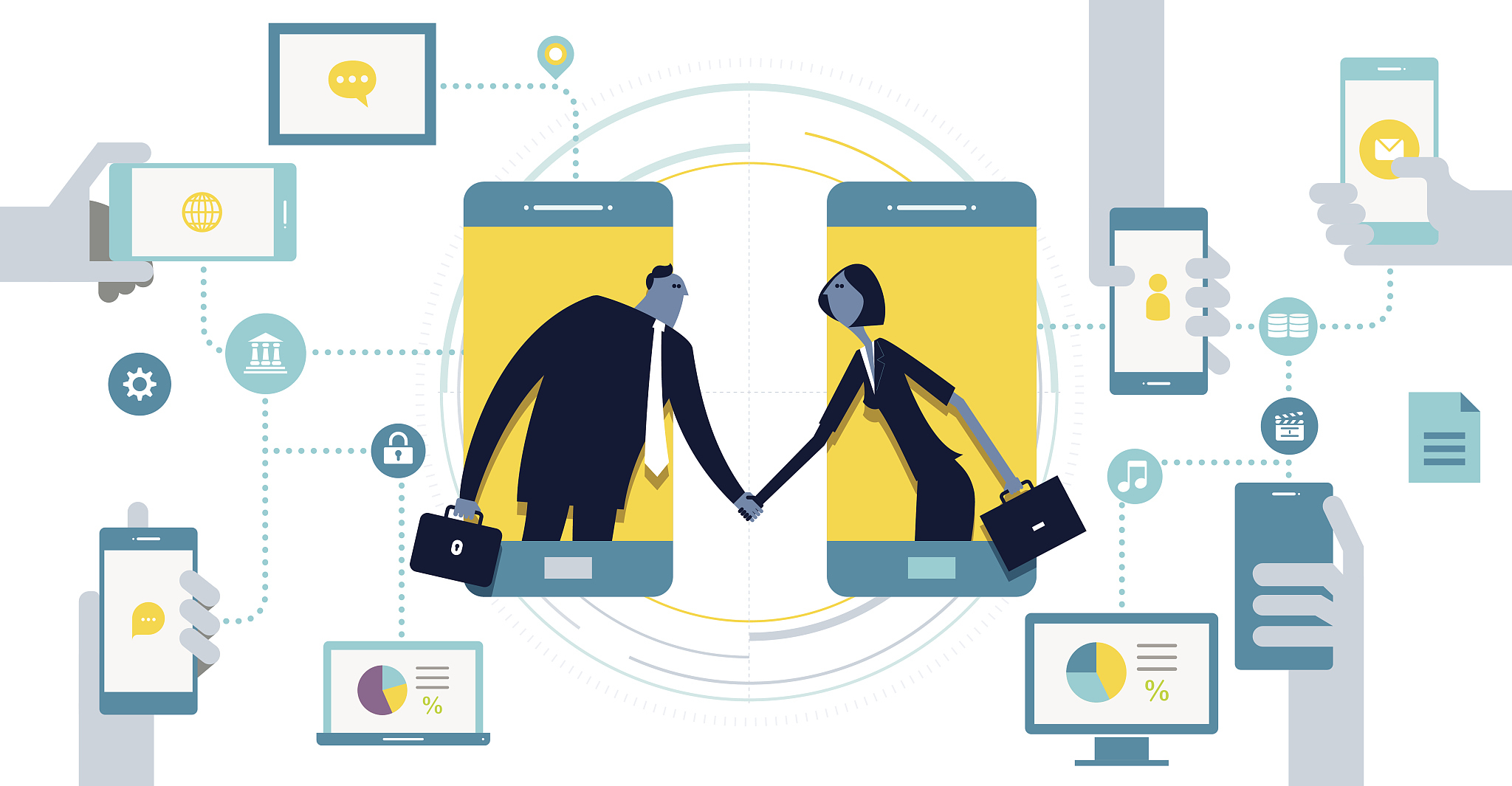 "Due to the epidemic, the holiday has been expanded but many onsite spring job fairs have been canceled. As a student from Hubei, I'm not only worried about the epidemic around us, but also about finding a job," said Ji Jiuyuan, a student from the Northwest A&F University, who is graduating this summer.

At the university's first "cloud career fair" earlier this month, Ji sent resumes to four companies. The graduate has had an online interview with one of them so far and received an offer.

According to the institution, 87 percent of the university's graduates have interacted with more than 7,000 employers registered on the cloud platform. 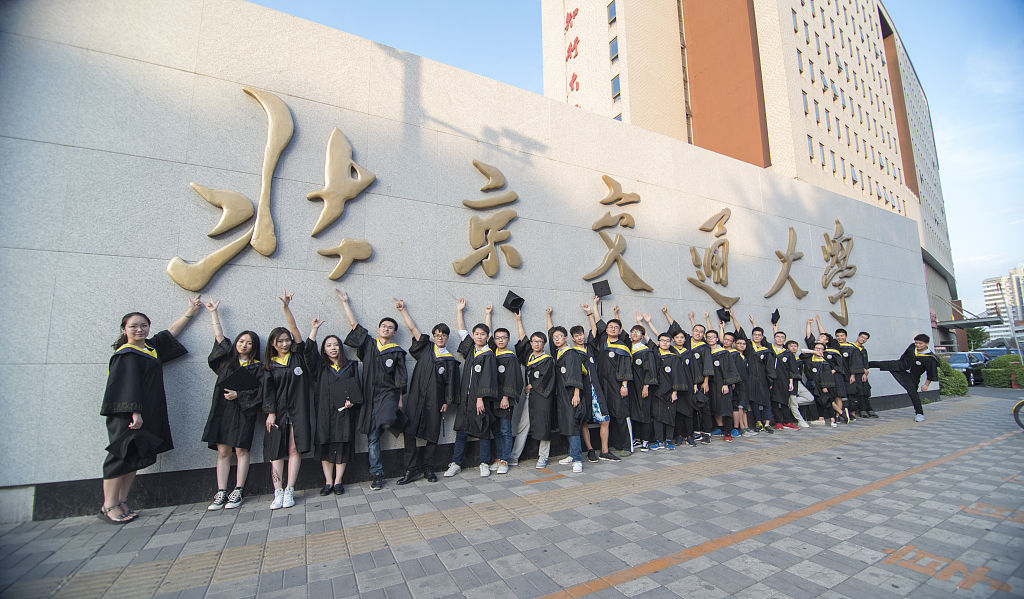 Peking University on March 6 launched its first "cloud job fair," with 350 participating enterprises offering more than 23,000 positions for students this summer, who could submit resumes and have interviews with employers online.

The president of Peking University said that the university will continue to create platforms, optimize services, and strive to provide more job opportunities for students. "I hope everyone will have full confidence in it," he said.

Beijing Institute of Technology held a three-day Spring Mutual-selection Conference from March 2 to 4, through which nearly 2,000 graduates connected online with more than 200 employers, submitting a total of 11,251 resumes. 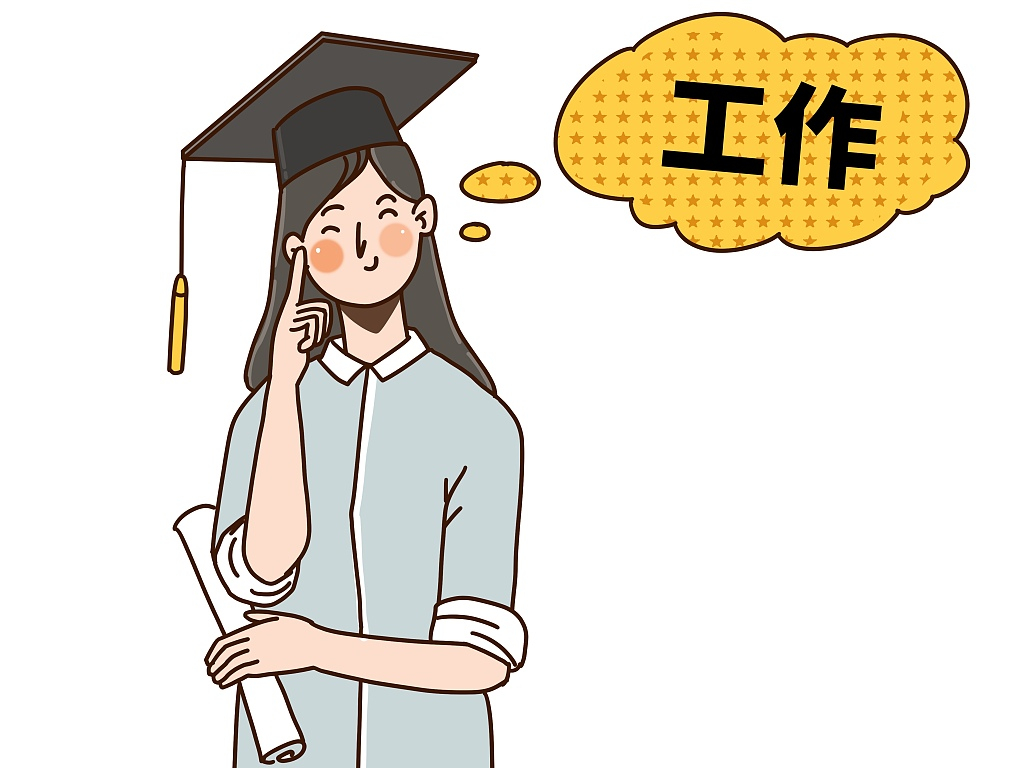 More colleges are stepping up their efforts to build inter-college cloud recruiting platforms for students. /VCG

More colleges are stepping up their efforts to build inter-college cloud recruiting platforms for students. /VCG

The university will launch four more conferences, creating a cloud recruiting platform for about 1,000 employers. In addition, a job fair, especially for female job hunters, will open on March 31 based on students' demands.

More colleges are stepping up their efforts to build inter-college cloud recruiting platforms for more students.

Beijing Jiaotong University is cooperating with other four universities and colleges to organize a large-scale online job fair on Wednesday, with more than 800 enterprises involved.

Payments won't be reduced despite the epidemic impact

According to Beijing Municipal Commission of Education, universities and colleges in the capital city will hold more than 2,100 recruiting sessions and job fairs online in March and April, offering over 150,000 jobs during the peak season. 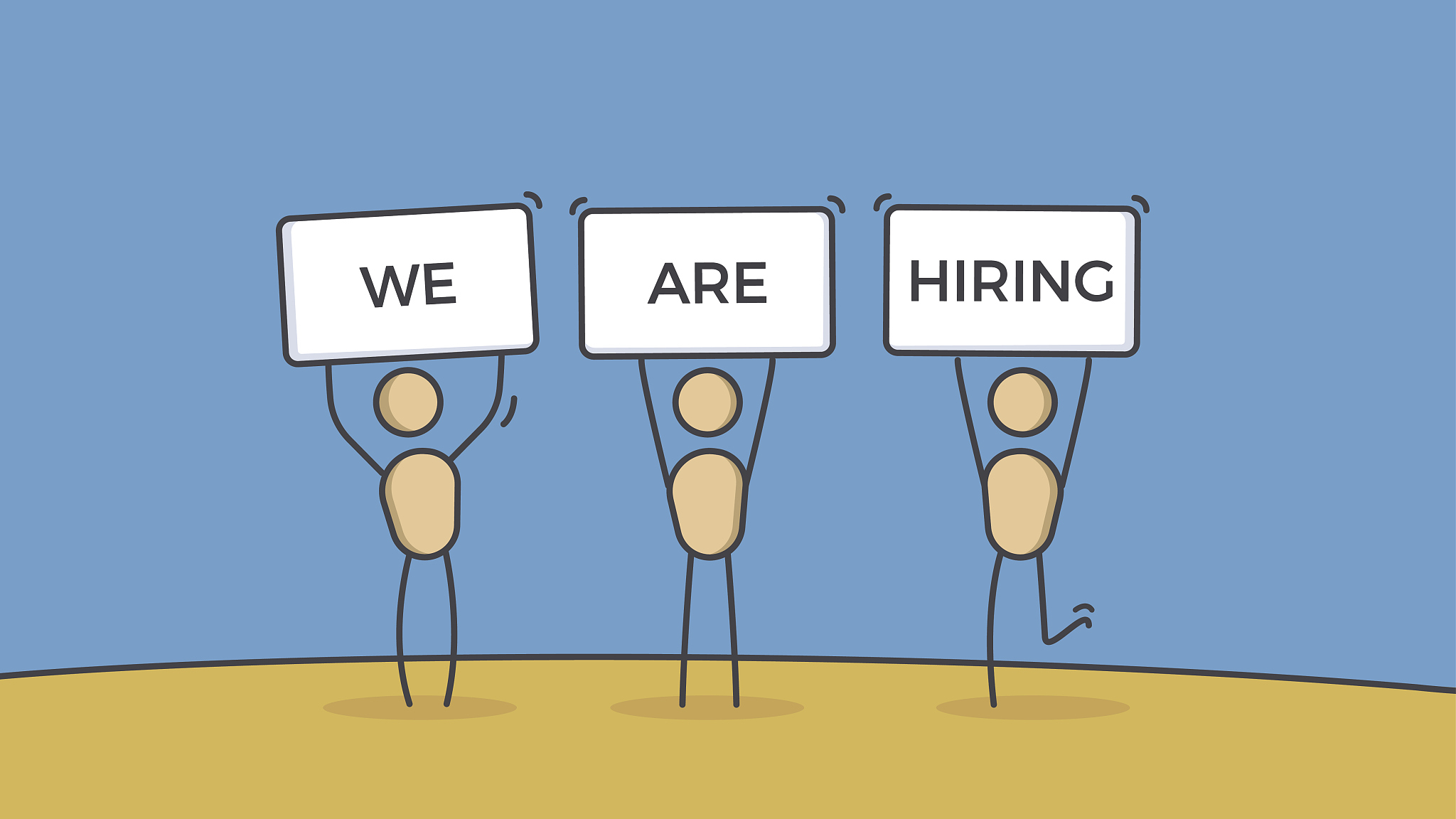 A survey shows that no company will reduce the salaries for graduates despite the impact of the epidemic. /VCG

A survey shows that no company will reduce the salaries for graduates despite the impact of the epidemic. /VCG

A total of 67 cloud job fairs will be held until May to offer hundreds of thousands of positions, and the number of online recruitment events is likely to increase.

In the first half of this month, the municipal commission organized 12 cloud job fairs with over 162,000 jobs by nearly 2,000 employers.

China will see a total of 8.74 million college graduates this year, said the Ministry of Education at last month's press conference.

Many believe that cloud recruiting platforms, as well as online hiring programs, to a great extent, can help solve the problems that college graduates face to find a job amid the epidemic. 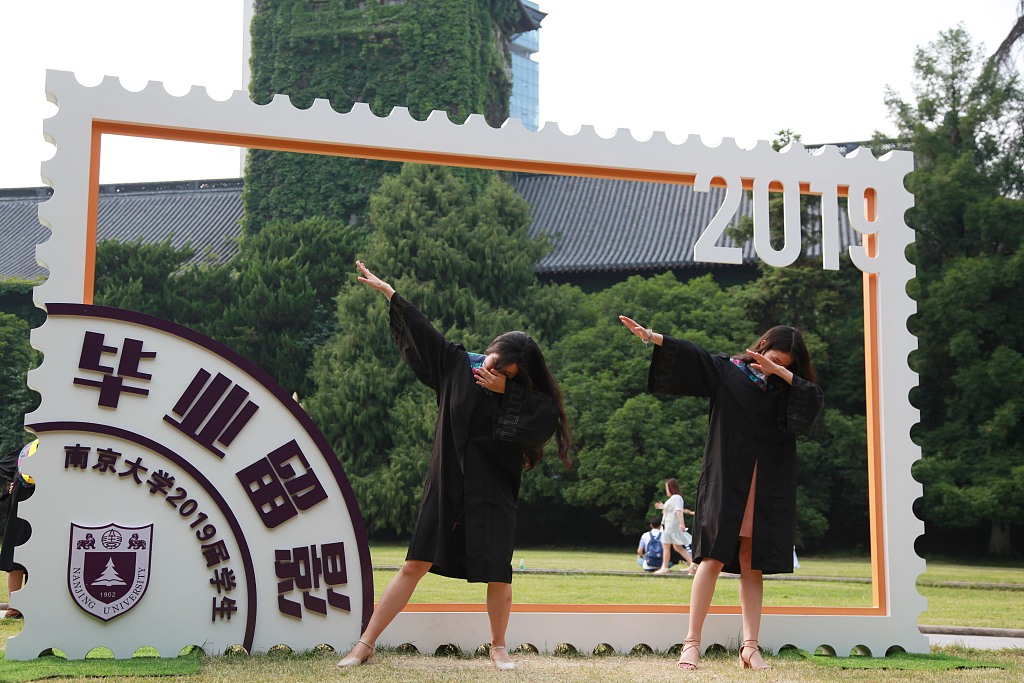 According to a survey of the employers carried out by the Student Enrollment and Employment Department of the University of International Business and Economics (UIBE), 92 percent of the companies have recruitment plans for this season.

About 60 percent admitted that the epidemic has an impact on those plans, but they will still go ahead with spring recruitment. In addition, 70 percent will expand or maintain their levels of recruitment compared to previous years.

The results also showed that no company intends to reduce graduates' salaries despite the impact of the epidemic.

"We can see that the epidemic influenced the employers' recruitment plans, but mainly changed the recruiting method," said staff with the UIBE.

"No worries about job opportunities decreasing. They just need to be well prepared for it."