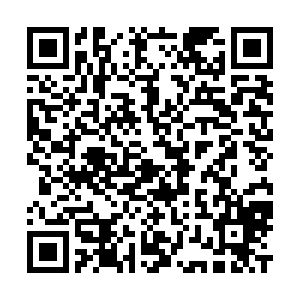 "China has been updating the U.S. on the coronavirus and its response since January 3. On January 15 the U.S. State Department notified Americans in China U.S. CDC's warning about the coronavirus. And now blames China for delay? Seriously?" Hua Chunying posted on Twitter.

On March 11, O'Brien said China didn't initially handle the outbreak well, likely costing the world two months when it could have prepared and dramatically limited the outbreak.

"Unfortunately, rather than using best practices, this outbreak in Wuhan was covered up," he said at a think-tank event, citing online reports that Wuhan doctors were "silenced."

"It probably cost the world community two months to respond," during which "we could have dramatically curtailed what happened both in China and what's now happening across the world," he said.

China has been insisting on handling the epidemic effectively and sharing information with other countries and the World Health Organization (WHO) in an open, transparent and responsible manner.

On December 31, 2019, the WHO was alerted by the Chinese health authorities to a number of pneumonia-like cases in the city of Wuhan.

Three days after health authorities confirmed human-to-human transmission of the virus, Wuhan, where the virus was first reported, went into lockdown.

China has imposed travel restrictions and quarantine measures on Chinese people over the past two months.

With new cases rising rapidly across the world, China has been helping other countries in containing the outbreak.

According to the latest media release from the Chinese Foreign Ministry, Chinese local governments of Chinese cities and provinces have donated epidemic prevention supplies, such as medical masks, protective clothing and nucleic acid testing kits, to sister cities in 16 countries.

The countries include South Korea, Japan, Iran, Italy, Pakistan, Iraq, France, Switzerland and Germany. The donations were made through international friendship cities and other channels.