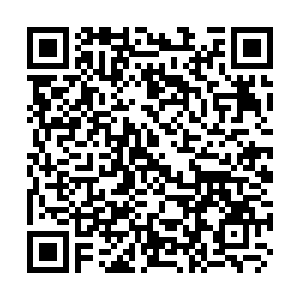 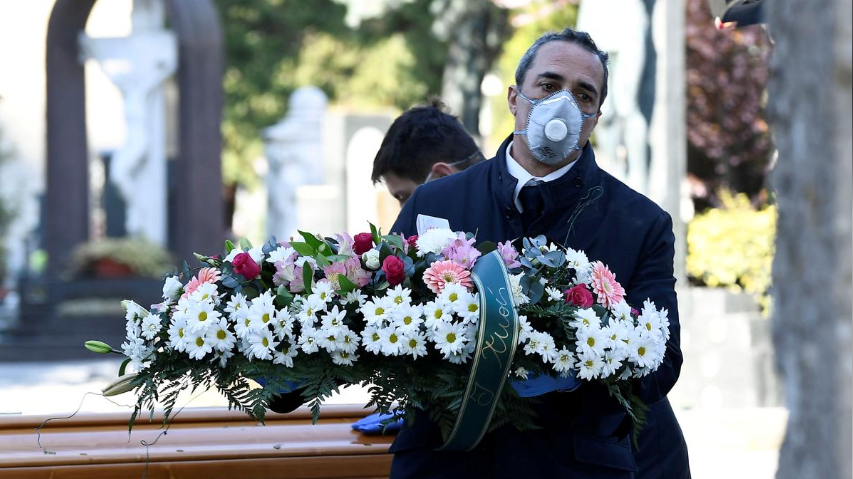 Cemetery workers and funeral agency workers in protective masks transport a coffin of a person who died from coronavirus disease (COVID-19), into a cemetery in Bergamo, Italy, March 16, 2020. /Reuters

Cemetery workers and funeral agency workers in protective masks transport a coffin of a person who died from coronavirus disease (COVID-19), into a cemetery in Bergamo, Italy, March 16, 2020. /Reuters

As the death toll from COVID-19 in Italy leapt by 475 to nearly 3,000 and cases surged across Europe, the head of the Chinese Mission to the European Union, Zhang Ming, on Wednesday warned that community transmission is increasingly prevalent in the continent.

Community transmission occurs when a person who hasn't had contact with a confirmed case or recently traveled to a badly-affected country is infected.

During an interview with China Central Television (CCTV) on Wednesday, Zhang suggested a shift in approach to tackling the pandemic is necessary in Europe.

"A rapid shift from a containment to a mitigation approach is required, as the rapid increase in cases, that is anticipated in the coming days to few weeks may not provide decision makers and hospitals enough time to realize, accept and adapt their response accordingly if not implemented ahead of time," Zhang continued.

"Measures taken at this stage should ultimately aim at protecting the most vulnerable population groups from severe illness and fatal outcome by reducing transmission and reinforcing healthcare systems."

As of Wednesday, 70,989 cases and 3,309 deaths had been reported in the EU/EEA and the UK. Italy, Spain and France are the most affected European countries.

The envoy said that "containing transmission to local epidemics is no longer considered feasible," citing a report by the European Center for Disease Prevention and Control (ECDC), while noting "the situation is evolving very quickly and a rapid, proactive and comprehensive approach is essential in order to delay transmission."

Zhang emphasized that China and the EU were cooperating on control of the pandemic, adding that the two sides have maintained close communication to bolster confidence and share experience. Chinese President Xi Jinping has so far discussed the situation via letters or phone calls with leaders from the EU, Germany, France, Italy and Spain.