Chinese ambassador to U.S.: everyone should prevent COVID-19 stigmatization
CGTN 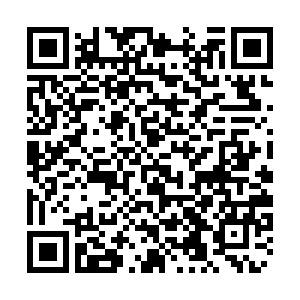 The World Health Organization (WHO) has named the disease caused by the new coronavirus COVID-19 and warned against ascribing the virus to a certain country, ethnicity, individual, group and even animal, Chinese Ambassador to the United States Cui Tiankai said on Thursday.

To prevent stigmatization, the WHO, as an authoritative public health institution in the world, has an objective principle that we should follow, Cui said.

Cui made the remarks during an interview with China Media Group in response to a question about U.S. President Donald Trump using "Chinese virus" to refer to the new coronavirus amid concerns that misnomers could lead to instances of discrimination or unfair treatment against Chinese students in the United States.

"The U.S. is a big country with a population of more than 300 million. I believe that the vast majority of Americans including American teachers and American students that Chinese students meet, are relatively friendly. However, it is inevitable that there will be some racist, xenophobic and extreme people," Cui said.

Noting that many Chinese students in the U.S. want to return to China, the ambassador advised students to consider carefully before making the decision as they could run the risk of being infected on return trips.

He assured the students that the embassy always stands with them and urged them to report immediately and go to the hospital if they test positive for COVID-19.

The ambassador earlier called for bilateral cooperation amid the COVID-19 outbreak, warning of the need to contain not only the coronavirus, but also the "political virus" that may harm the long-term interests of people from both countries.

He also called on the two countries to enhance cooperation in public health and maintain exchanges on COVID-19 containment as the virus is a common challenge to the world.

Live: Ambassador to the U.S. discusses COVID-19 with Chinese students