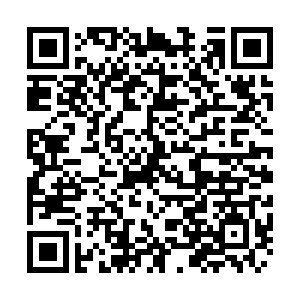 Iran's Foreign Minister Mohammad Javad Zarif on Wednesday said that the United States would be responsible for the "destructive ramifications" of its unilateral sanctions against Iran as the country is fighting the COVID-19 outbreak.

"At a time when we, Iranians, normally celebrate Nowruz, our New Year concurrent with the arrival of spring, we are faced with multiple and historic challenges," Zarif said in a video released on Twitter on Wednesday. 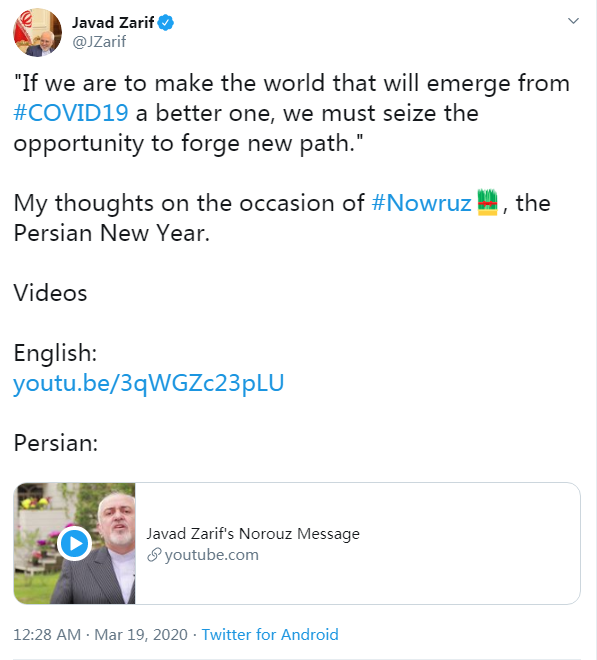 "My country is among the hardest hit by the coronavirus," he said. "Iran, today, is the most intensely sanctioned country in history, not in line with United Nations' decisions but contrary to them."

The Iranian foreign minister noted that the economic siege imposed by the United States on Iran impedes all legitimate trade and deprives Iranians of their own resources, the ones necessary to address the needs of Iranians, including their health and livelihoods.

"Even amid this pandemic, the U.S. government has vengefully refused to lift its unlawful and collective punishment, making it virtually impossible for us to even buy medicine and medical equipment," he said.

He also criticized some other countries for what he called their compliance with the U.S. pressures against Iran.

"The bigger tragedy is that many companies and countries who officially opposed these sanctions have chosen to comply with them, perhaps in hopes of avoiding the future wrath of the United States despite President Trump time and again proving that this is just wishful thinking," he said. 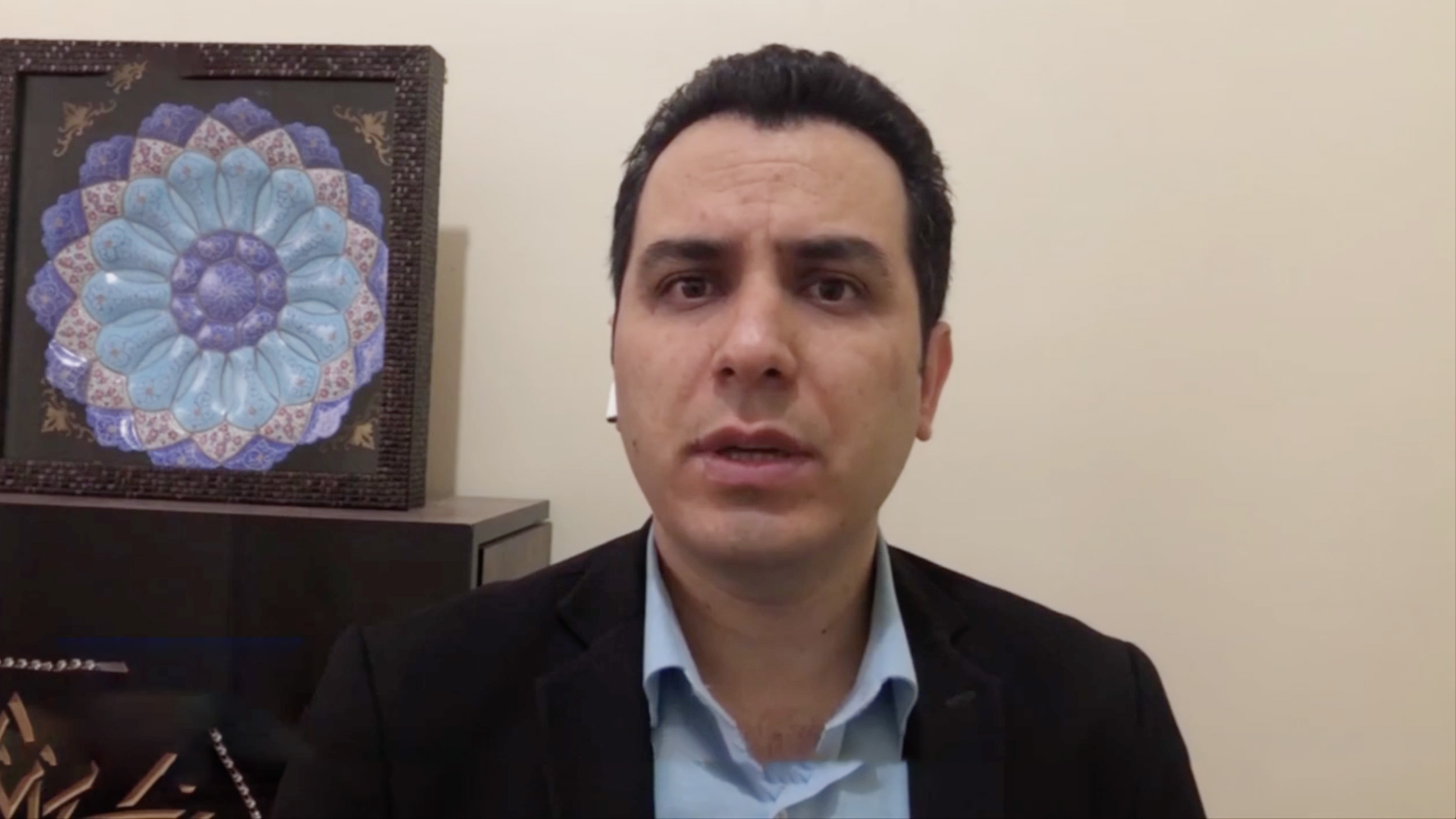 Earlier in the day, Zarif called for international pressure on the United States to lift its sanctions against the country, official IRNA news agency reported.

Zarif urged that the U.S.' "illegal, inhuman and unilateral sanctions against Iran" should be removed as the country is struggling to stem the novel coronavirus.

Zarif on Tuesday called for a global campaign to defy the U.S.' anti-Iran sanctions.

"They (the sanctions) literally kill innocents," he said.

Iranian Ambassador to the UK Hamid Baeidinejad on Wednesday tweeted: "In a letter to UK media, we requested them to urgently increase international awareness regarding inhuman nature of U.S. sanctions impeding Iran to mobilize all its resources to fight novel coronavirus. U.S. must stop terrorizing Iranian people and countries should disregard sanctions." 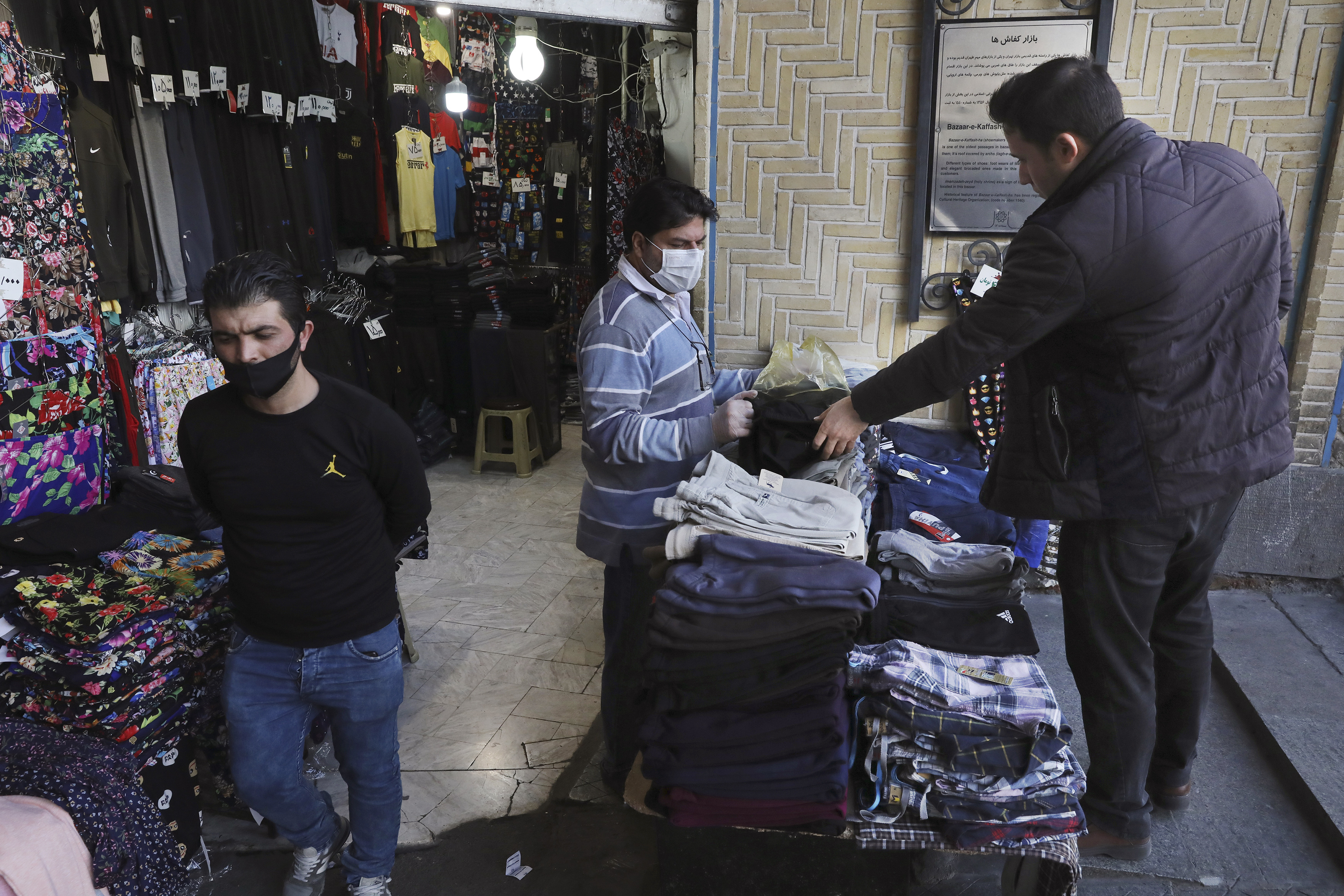 A shopkeeper, center, wearing a face mask and gloves to help protect against the new coronavirus, talks with his customer in Tehran's Grand Bazaar, Iran, March 17, 2020. /AP

A shopkeeper, center, wearing a face mask and gloves to help protect against the new coronavirus, talks with his customer in Tehran's Grand Bazaar, Iran, March 17, 2020. /AP

China on Monday called on the U.S. to lift any previous sanctions imposed on Iran to ensure the country receives timely humanitarian relief as it suffers from the coronavirus pandemic.

Geng Shuang, spokesperson for the Chinese Ministry of Foreign Affairs, said that the unilateral sanctions will further hamper Iran's efforts in combating the virus while it's already struggling to cope with the crisis, at a regular press briefing.

The spokesperson pointed out that keeping the sanctions at this point would be immoral, as sanctions are pressing Iran's economy and have hindered international aid.

China sent medical supplies and experts to Iran in early March to help the country tackle the pandemic.

However, sources familiar with the matter said that the U.S. is unlikely to ease sanctions on Iran despite the appeal from China based on the pandemic, arguing that Tehran continues what Washington regards as "malign behavior."

The sources, who included a U.S. official, diplomats and analysts, noted Washington has made offers to help Tehran with the outbreak but these have been spurned by Tehran.

Iran's Ministry of Health and Medical Education on Wednesday announced the death of 1,135 people out of 17,361 infections to COVID-19 in Iran.