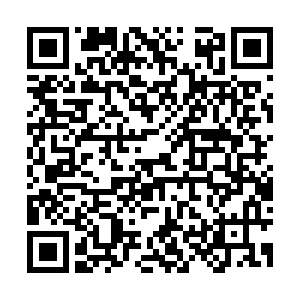 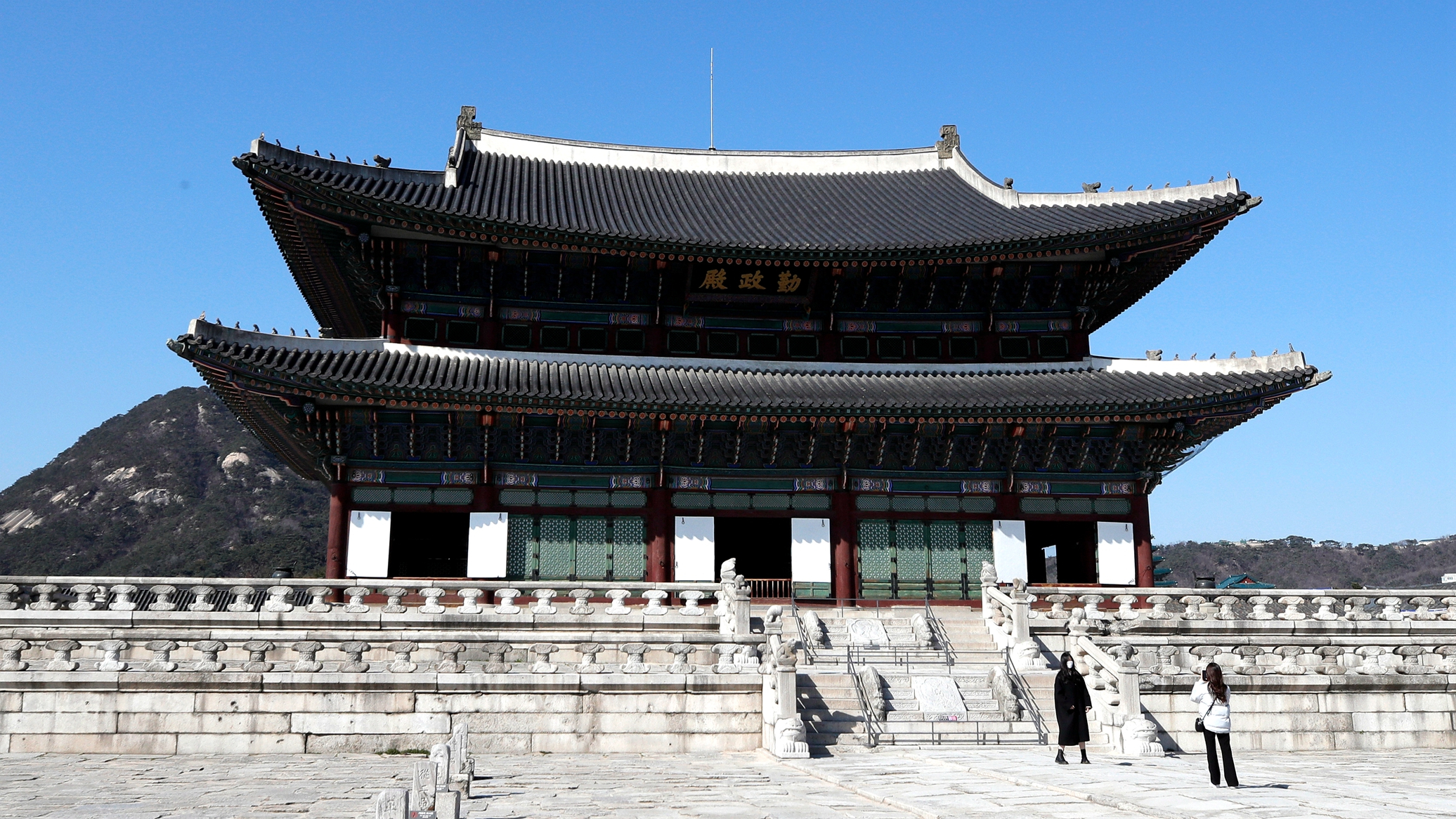 Few tourists are seen at the Gyeongbokgung Palace, one of South Korea's landmarks in Seoul, March 16, 2020. /AP

Few tourists are seen at the Gyeongbokgung Palace, one of South Korea's landmarks in Seoul, March 16, 2020. /AP

Gone are the tourists, and the Gyeongbokgung Palace, the largest royal palace built during the Joseon Dynasty and one of the most popular attractions in South Korea, is left near empty.

South Korea has gradually seen signs of abating in its fight against the COVID-19 after experiencing a spike in the number of transmissions from February 19 and once becoming the second hardest-hit country after China. 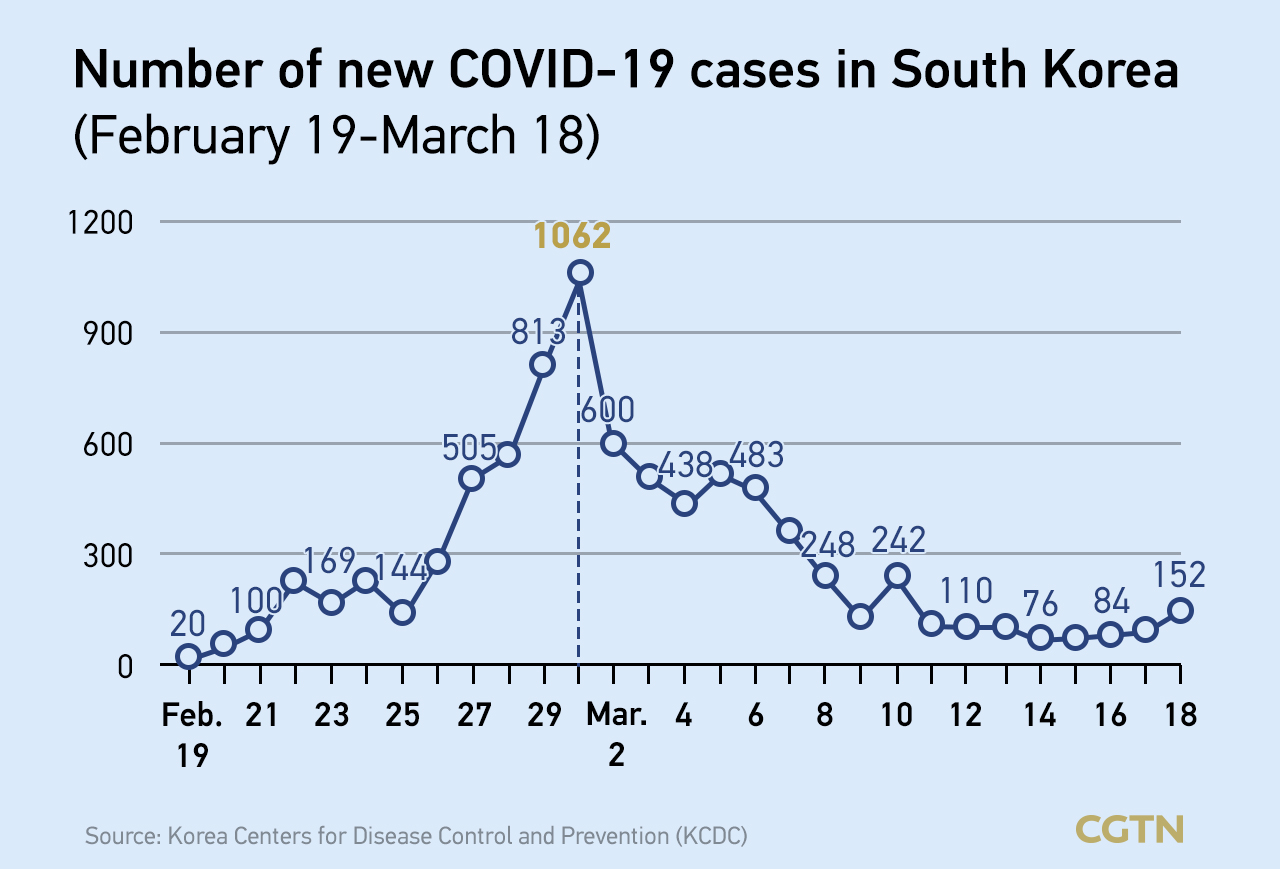 A significant drop of inbound tourists

An estimated 1.27 million foreigners visited South Korea in January, down 180,000 from the month before, according to the Korea Tourism Organization (KTO). In particular, the loss of Chinese tourists that accounted for 34.4 percent of all foreign visitors to South Korea in 2019 has posed a bigger threat to the tourism sector.

Jeju Island, one of South Korea's most-visited resorts, decided to suspend the visa-free policy for foreign nationals from February 4 to stem the spread of the disease.

Last year, of all the foreign tourists to Jeju Island via visa-free system, 98 percent were Chinese. However, during this spring season, blooming flowers have already decorated the landscape, yet few tourists are seen. 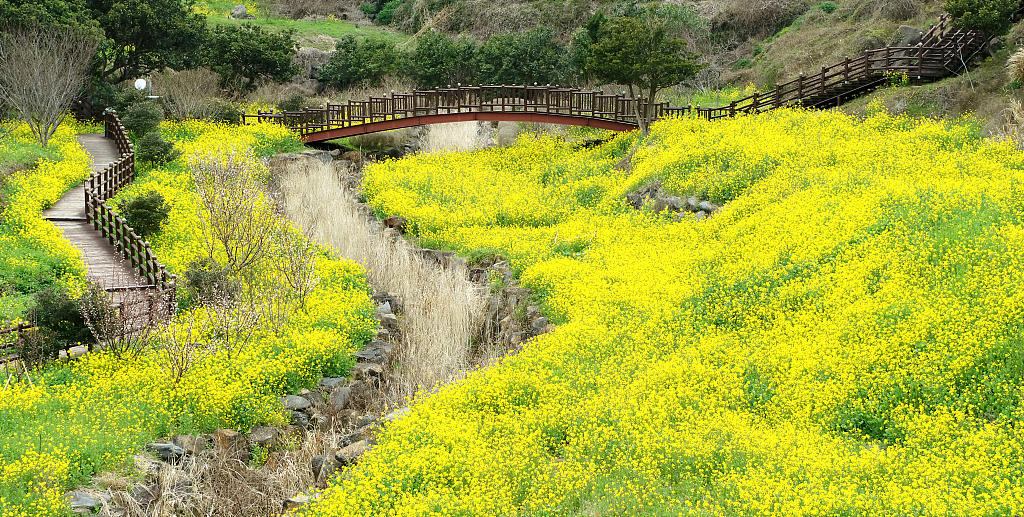 Due to the epidemic outbreak, the number of flights to and from South Korea has been largely reduced, leading to the shrinking demand in its hotel, travel and other service industries.

Korean Air, the country's biggest airline, cancelled a majority of its flights to China from early February through March and have suspended flights to and from seriously-affected countries as the disease started spreading worldwide. As Europe became the new epicenter of the COVID-19 outbreak, 10 out of 12 European routes have been put on suspension.

Asiana Airlines, South Korea's second-largest airline, also suspended its flights to a number of virus-hit countries. In response to Japan's entry restrictions, it has suspended all of its flights to Japan until the end of the month. 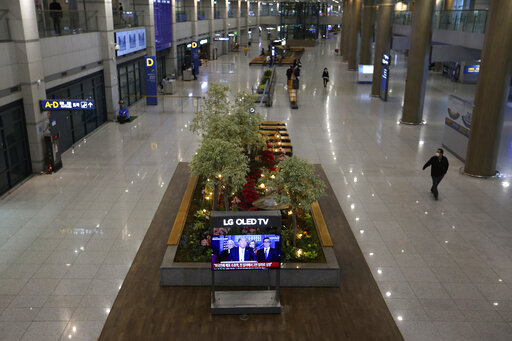 Two duty-free shops at Gimpo International Airport, Shilla and Lotte, have temporarily closed as a result of the plunge in customer numbers, Yonhap reported Thursday.

Following Lotte Duty-Free that closed its store last week, Shilla Duty Free, one of South Korea's leading duty-free stores, said it has decided to suspend operations at the airport for one week from March 21. But whether to reopen on March 29 will depend on how the epidemic situation unfolds in the country, Shilla said.

As of Thursday, South Korea reported 152 new cases, bringing its total number to 8,565. Seven more deaths were confirmed, while a total of 1,947 patients have recovered, according to Korea Centers for Disease Control and Prevention (KCDC).