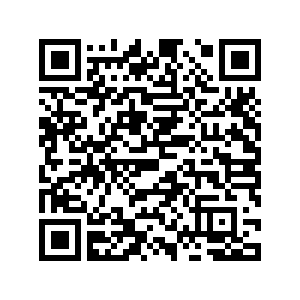 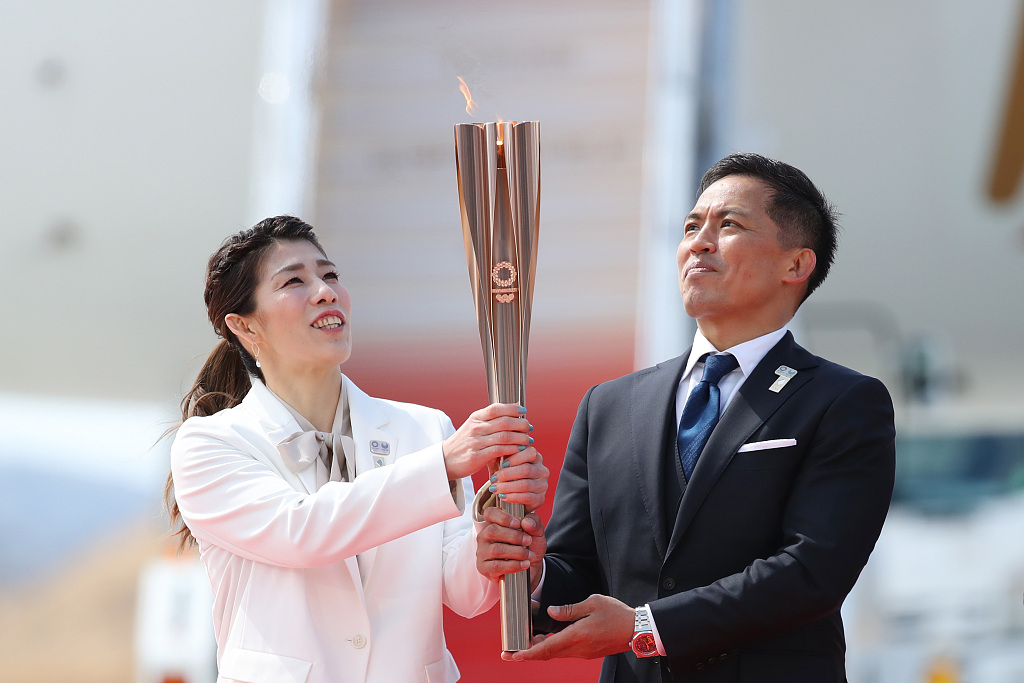 A senior official of the Tokyo 2020 Olympics organizing committee said on Saturday it is not at the stage of deciding whether or not to postpone or cancel the event, Kyodo news agency reported.

"The International Olympic Committee (IOC) is the one making the final decision. We will firmly continue our efforts to host the event in July," Toshiaki Endo, vice president of the organizing committee, told Kyodo news.

Sports leagues and Olympic trials around the world have been suspended. However the IOC has said it does not intend to cancel the Games, set to begin on July 24.

Calls from sporting organizations for this year's Tokyo Olympics to be postponed because of the coronavirus pandemic gathered pace on Saturday with USA Track and Field (USATF), the French Swimming Federation and UK Athletics the latest to join the throng.

Norway's Olympic committee asked for the rescheduling of the Games, joining Colombia and Slovenia which made similar requests on Friday.

USATF: Speak up for athletes

In a letter to the U.S. Olympic and Paralympic Committee (USOPC) chief executive Sarah Hirshland, USATF urged USOPC to use its voice to "speak up for athletes."

Chief executive Max Siegel said the USTAF understood the ramifications of postponing the Games for the first time ever in peace time but moving forward was not in the best interest of athletes.

"We acknowledge that there are no perfect answers, and that this is a very complex and difficult decision, but this position (to postpone the Games) at least provides athletes with the comfort of knowing they will have adequate time to properly prepare themselves physically, mentally and emotionally to participate in a safe and successful Olympic Games," he wrote. 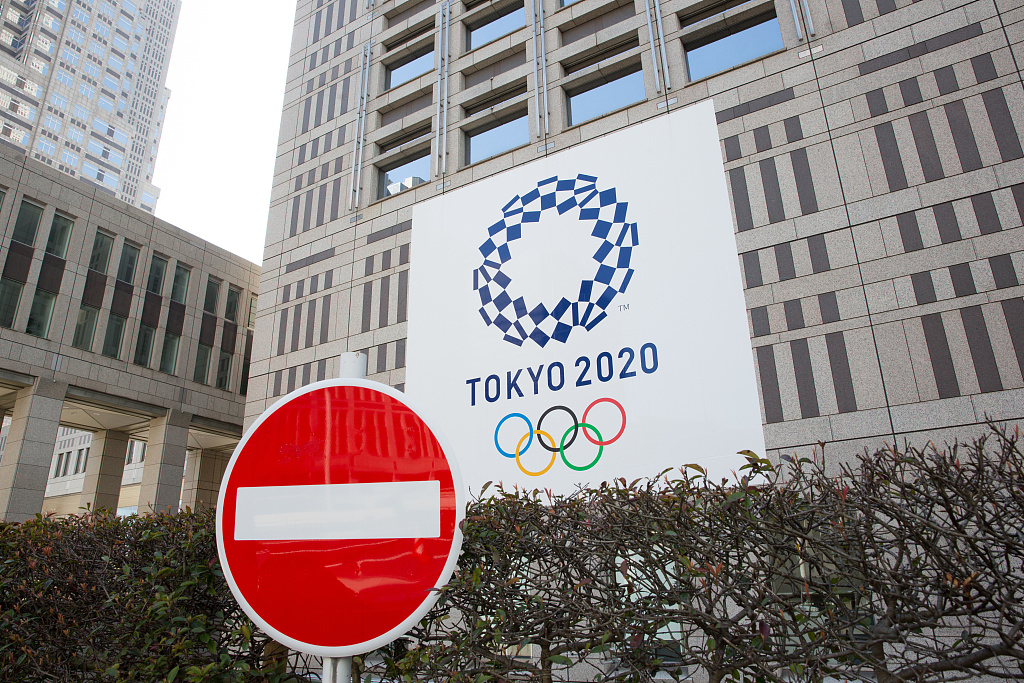 A stop sign is in front of the Tokyo Metropolitan Government Building while the Tokyo 2020 Olympic Games banner is seen in the background in Tokyo, Japan, March 19, 2020. /VCG

A stop sign is in front of the Tokyo Metropolitan Government Building while the Tokyo 2020 Olympic Games banner is seen in the background in Tokyo, Japan, March 19, 2020. /VCG

U.S. Swimming wrote to USOPC on Friday calling for a delay of one year, with CEO Tim Hinchey saying: "We have watched our athletes' worlds be turned upside down."

French Swimming Federation: Sending athletes to the Games is untenable

The French Swimming Federation issued a statement saying that sending its athletes to the Games was "untenable" in light of the health crisis sweeping the world.

"The Federation believes that the priority is to fight the spread of the epidemic and that the current context does not allow us to calmly envisage the smooth running of the 2020 Olympics Games," it said, adding that it was impossible to ensure equity in competition when athletes were prevented from training because of efforts to contain the spread of the virus.

A day earlier UK Athletics said the Olympics should be called off to spare athletes the stress of trying to train in the grip of a pandemic.

"Facility operators are making understandable decisions to close facilities on which our athletes rely to get themselves ready for the biggest test of their careers and their sporting lives," said Nic Coward, chairman of UK Athletics.

"The intensity of pressure on people right now is too great, and decisions have to be made soon."

Brazil's Olympic Committee: Athletes would not be able to arrive in Tokyo

Brazil's Olympic Committee chief Paulo Wanderley said on Saturday athletes would not be able to arrive in Tokyo in top form because of the impact of the crisis.

"It's clear that right now maintaining the Games for this year will impede (athletes') dream from being realized," he said.

Norway Olympic Committee: Games shall not take place before the situation is under firm control

"Our clear recommendation is that the Olympic Games in Tokyo shall not take place before the COVID-19 situation is under firm control on a global scale," Norway's Olympic Committee wrote in a letter to IOC president Thomas Bach.

"Given the highly unresolved situation in Norway and in large parts of the world, it is neither justifiable or desirable to send Norwegian athletes to the Olympics or Paralympics in Tokyo until the world community has put this pandemic behind them," Norway's sports president Berit Kjoll said. 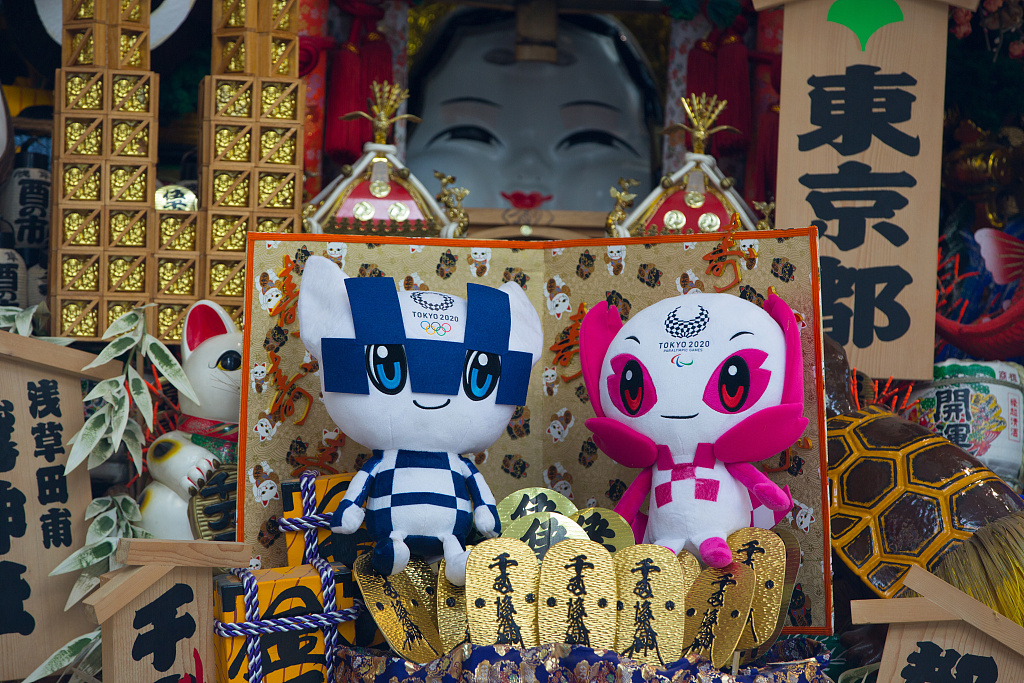 World Players Association: IOC needs to elevate its dialogue with the most affected

The Sport and Rights Alliance (SRA) and the World Players Association (WPA) said a "deep review and broader consultation" with athletes was required regarding the decision over whether the Games could run as planned.

"The IOC needs to elevate its dialogue with the full range of those most affected beyond sponsors and governments to an open multi-stakeholder process that brings to the table as equals player associations as the representatives of athletes and others most at risk," WPA executive director Brendan Schwab said in a statement.

"I'm sorry Mr. Bach but this is tone deaf. The instinct to keep safe is not compatible with athlete training, travel and focus that a looming Olympics demands of athletes, spectators and organizers," British four-time Olympic rowing gold medallist Matthew Pinsentt wrote on Twitter after IOC held "constructive" talks with athlete representatives about the coronavirus crisis. "Keep them safe. Call it off," Pinsentt added.

"The IOC has not shown the leadership we Olympians desire out of those who are in charge," Steve Mesler, a USOPC board member and Olympic champion bobsledder, wrote on Friday, while careful to emphasize that these were his thoughts "as an Olympian and not those of the USOPC, its Board of Directors, or its leaders."

"IOC should communicate the window for deciding on the 2020 Olympics," tweeted Michael Johnson, a former U.S. sprinter and four-time Olympic champion. "Athletes must keep training but for many there's nowhere to train! They may risk their lives and others trying to continue training. Answer isn't just cancel ASAP. But communicate the process to the athletes."

IOC president Bach: Too early to decide fate of Tokyo 2020