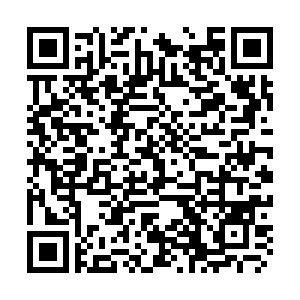 U.S. President Donald Trump pressed his case on Tuesday for a reopening of the U.S. economy by mid-April despite a surge in coronavirus cases, downplaying the pandemic as he did in its early stages by comparing it to the seasonal flu.

During a live town hall broadcast on Fox News Channel and later at a briefing with reporters at the White House, he said he would like to have businesses opening their doors again by Easter, which will be celebrated on April 12.

"We're going to be opening relatively soon... I would love to have the country opened up and just rearing to go by Easter," he said.

"Easter is a very special day for me... and you'll have packed churches all over our country." 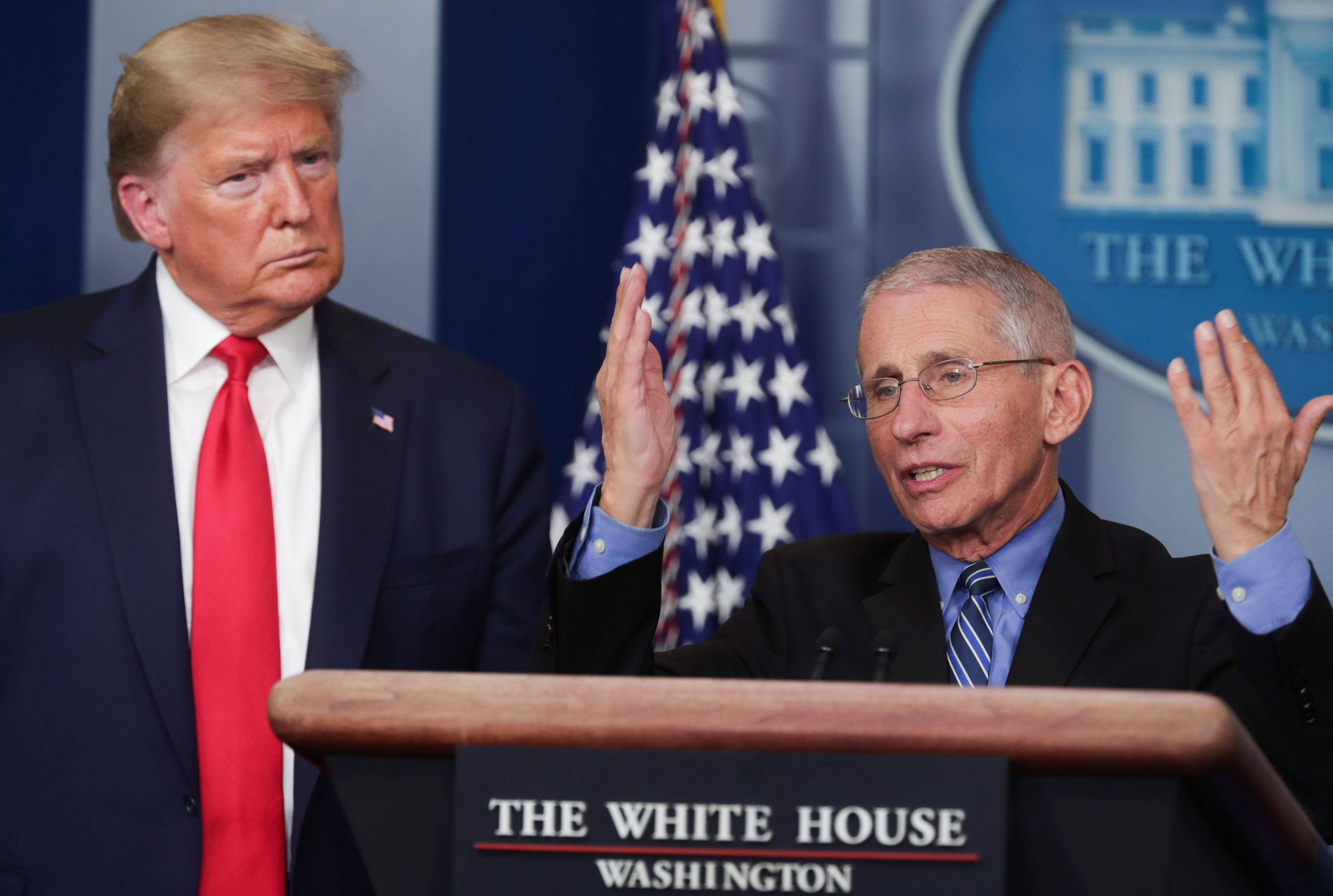 The president said the country did not take drastic measures to fight car crashes and flu deaths similar to those it is taking for the coronavirus. He said Americans could continue practicing social-distancing measures, which health experts say are crucial to prevent infection, while also going back to work.

It was not clear what Trump had in mind, but legal experts said a U.S. president's powers to order people back to work or reopen government buildings, transportation or businesses is limited.

Trump telephoned South Korean President Moon Jae-in on Tuesday to ask if South Korea could send medical equipment to the U.S. to help combat the coronavirus, said a statement from Seoul's Blue House.

Moon responded that if South Korea had resources left, it would help as much as possible. But the White House didn't confirm whether the president made such a request.

"Today, President Donald J. Trump and President Moon Jae-in of the Republic of Korea discussed their nations' respective efforts to combat the coronavirus pandemic," the White House said. "President Trump reiterated his commitment to employ the full weight of the United States Government and work with global leaders to save lives and restore economic growth."

It was the 23rd phone call between the two countries' leaders since Moon took office, but the first this year.

"Look, we all want the economy to open as rapidly as possible. The way to do that is let's take care of the medical side of this immediately," the former vice president told CNN's Jake Tapper on Tuesday.

Trump is "responsible for the delay in taking the actions that need to be taken," he said, adding that Trump should have invoked the Defense Production Act earlier and used its powers to require companies to rapidly ramp up production of medical equipment like masks and ventilators.

Peter Gaynor, administrator of the Federal Emergency Management Agency (FEMA), told CNN on Tuesday that the administration had decided to use the Defense Production Act to procure 60,000 coronavirus test kits, in what would mark the first use of the act to confront the coronavirus crisis.

But Vice President Mike Pence, who leads the White House coronavirus task force, said it has not been necessary to put the emergency measure to use.

In a statement late Tuesday, FEMA said it did not need to use the authority.“At the last minute we were able to procure the test kits from the private market without evoking the DPA,”FEMA press secretary Lizzie Litzow said.

Trump invoked the act last week but said he would hold off on using it until it was necessary, prompting criticism from Democrats including House of Representatives Speaker Nancy Pelosi and New York Governor Andrew Cuomo. 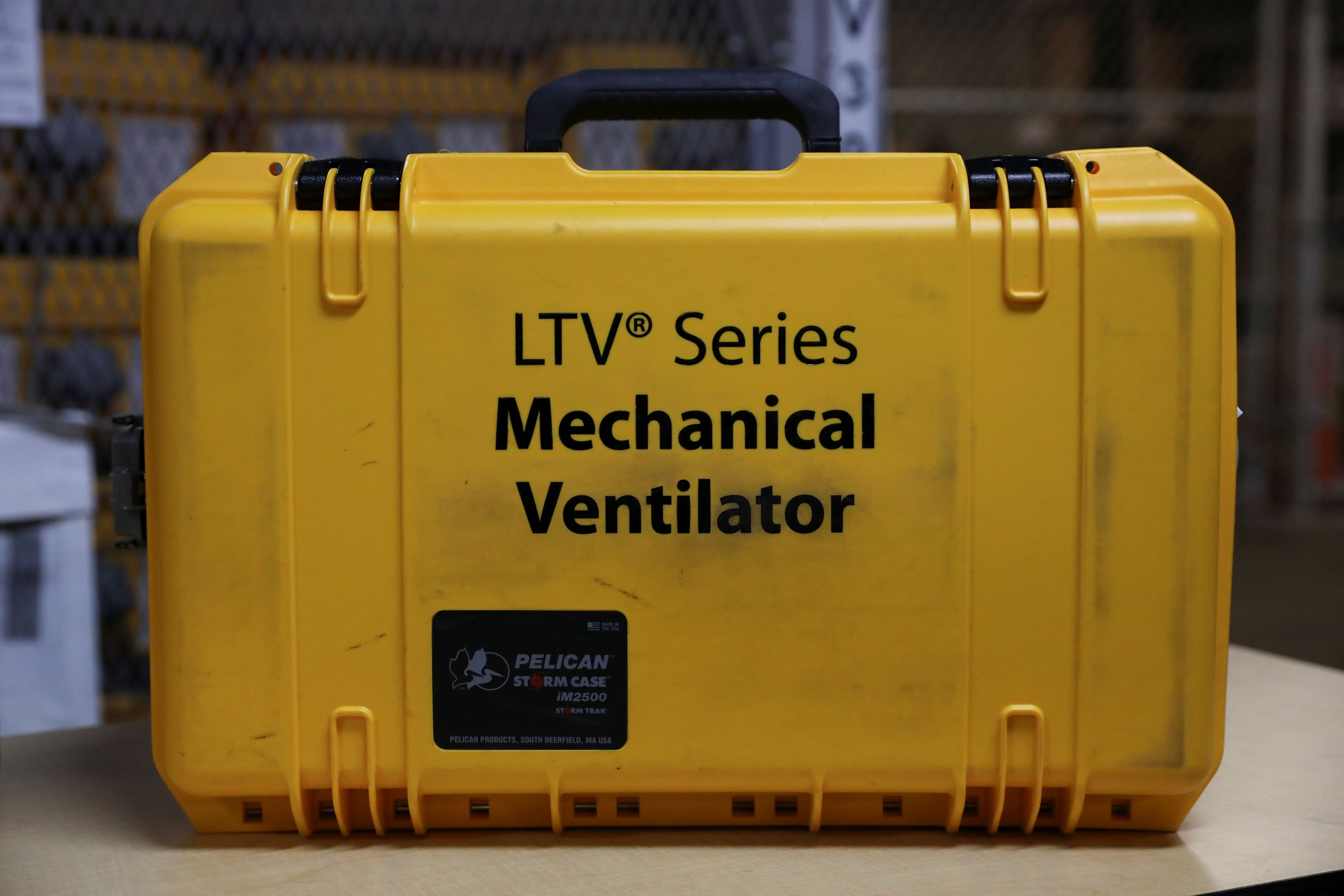 A ventilator at the New York City Emergency Management Warehouse is seen before being shipped out for distribution due to concerns over the rapid spread of COVID-19 in the Brooklyn borough of New York City, March 24, 2020. /Reuters

A ventilator at the New York City Emergency Management Warehouse is seen before being shipped out for distribution due to concerns over the rapid spread of COVID-19 in the Brooklyn borough of New York City, March 24, 2020. /Reuters

Democrats, including New York Governor Andrew Cuomo, earlier criticized the Republican president for suggesting he would reopen the nation's economy by Easter in order to spare businesses as much pain as possible.

"If you ask the American people to choose between public health and the economy, then it's no contest. No American is going to say accelerate the economy at the cost of human life," Cuomo said at a Manhattan convention center that was being converted into a 1,000-bed temporary hospital.

Illinois Governor J.B. Pritzker said he had told Trump his state needed "millions of N95 masks and hundreds of ventilators just in the near term" and that the president had promised help.

Trump, meanwhile, has insisted that the U.S. production of equipment needed to meet the viral threat is proceeding apace.

"The fact is that we are doing a tremendous amount," Trump said Saturday, during a White House coronavirus briefing with reporters. "We started with very few masks. We had some, but nothing for an event like this. And now we're making tens of millions of masks and other things." 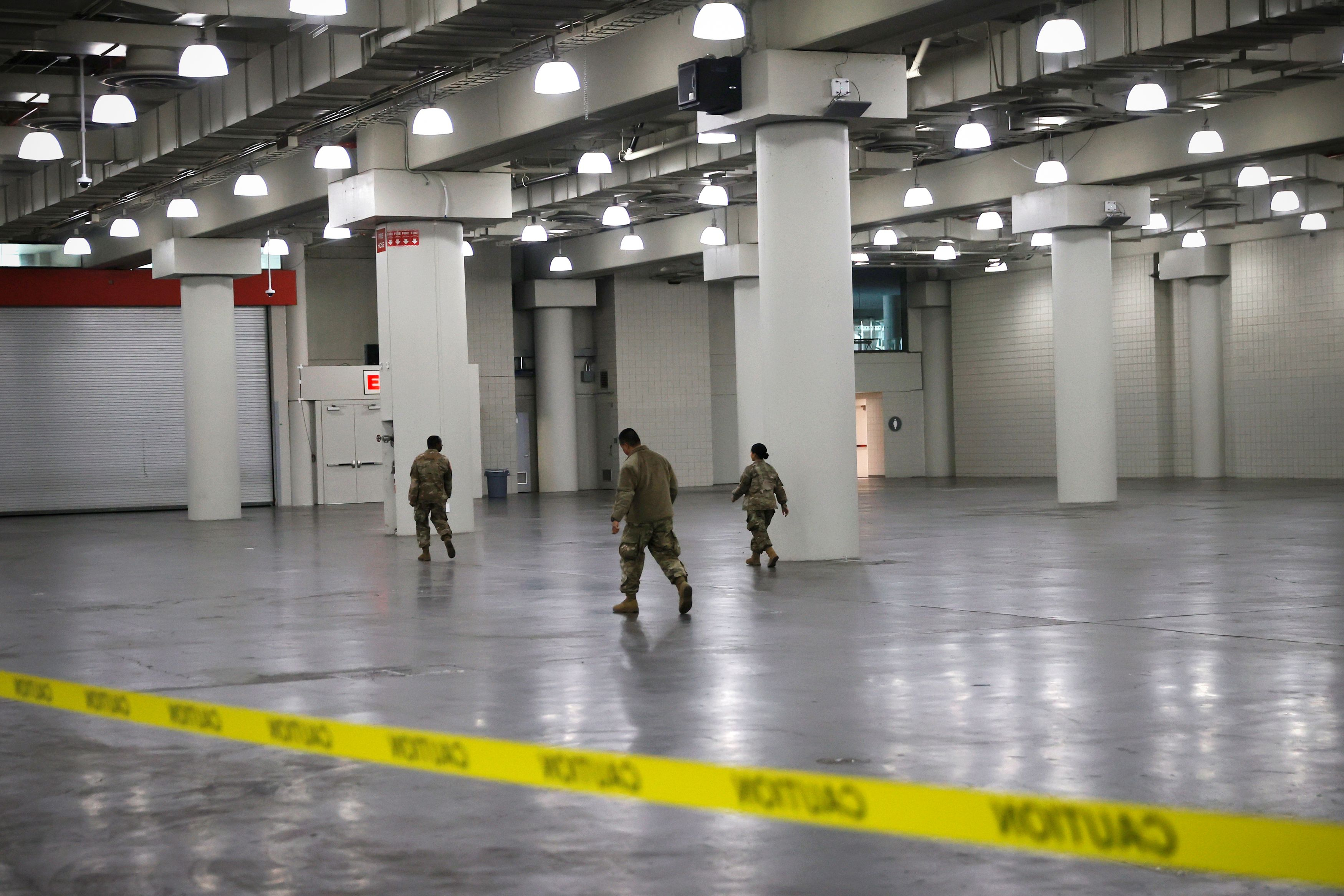 The World Health Organization (WHO) on Tuesday said that the United States had the potential to become the global epicenter of the pandemic, citing a "very large acceleration" in coronavirus infections.

The number of confirmed cases in the U.S. had exceeded 53,200 with at least 703 deaths as of 7:00 p.m. local time on Tuesday, according to Johns Hopkins University.

Meanwhile, New York state suffered another quick and brutal rise on Tuesday, becoming the latest U.S. epicenter of the pandemic, as California warned it could be next to face a spike in cases and the White House on Tuesday said anyone who has left New York should self-quarantine for 14 days.