How did the Chinese system alleviate poverty in Tibet?
Sultan M Hali 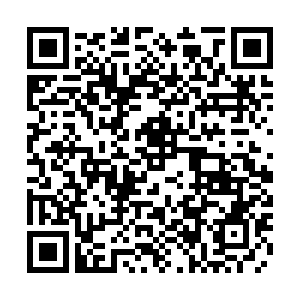 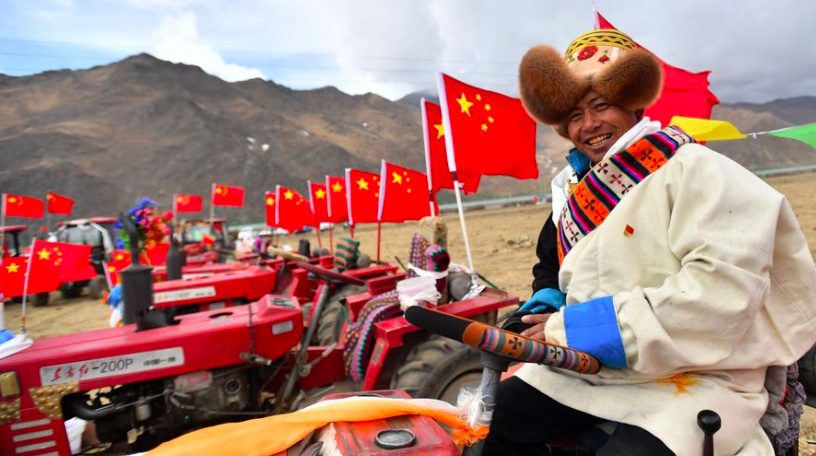 Editor's Note: Sultan M Hali is a Pakistani writer and security analyst. The article reflects the author's opinions and not necessarily the views of CGTN.

Every downtrodden society, which has been oppressed by feudal lords, strives to overthrow the shackles of tyranny. Different methodologies, uprisings or messiahs have enabled the enslaved people to liberate them from the yoke of slavery.

Tibet was no exception as its people were subjugated to abject poverty and usurpation of their rights by the three lords comprising the official family, nobles and the monks at the top of the temple.

For the Tibetans, the panacea has been adherence to the principles of socialism with Chinese characteristics.

The year 2020 marks the 61st anniversary of the abolition of feudal serfdom in Tibet. Untiring efforts have pushed poverty to the extent of eradication and the challenge which was accepted by the Communist Party of China (CPC) in the early 1950s when Tibet became a part of the Peoples Republic of China (PRC), continued with the Chinese Dream led by Chinese President Xi Jinping and his resolve to eradicate poverty by the end of 2020.

Located in one of the most treacherous terrains, facing the calamities of harsh weather and the vicissitudes of feudal serfdom, the people of Tibet were enabled to raise their quality of life, defeat the forces of oppression and rise to their true potential by following the Chinese system.

The incarceration that the Tibetans had faced till the mid-20th century at the hands of political oppression, economic exploitation and theocratic slavery had reduced them to a life expectancy of 35.5 years, disease, malnutrition, illiteracy and deprivation was reversed by following the socialist system with Chinese characteristics.

Becoming a part of the PRC enabled the establishment of the Tibet Autonomous Region, convening the socialist system, leading Tibet on the road to development and completely freeing itself from the shackles of feudal serfdom. Like the rest of the Chinese mainland, Tibet now adheres to the general development of public ownership as the main body, multi-ownership economy, the distribution of labor as its focal point, the coexistence of various distribution modes, the socialist market economic system and other basic socialist economic systems, ensuring the in-depth implementation of the new concept of development maintaining the overall tone of steady progress. 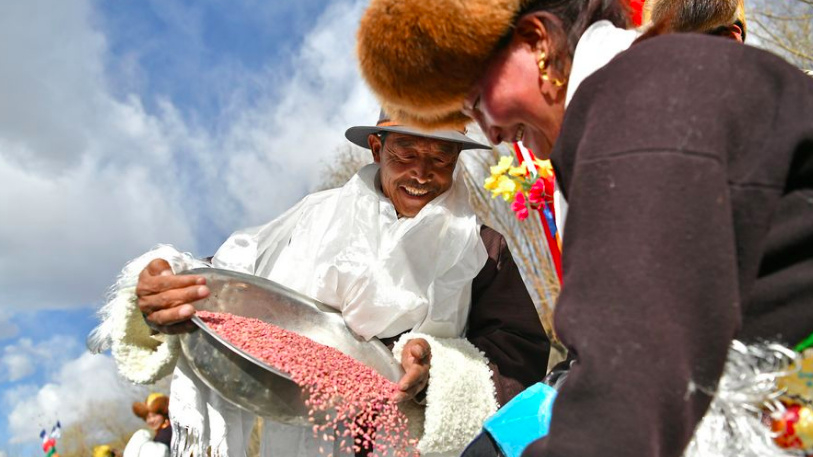 While the theocratic enslavement had stinted the growth of the Tibetans, fettering them to abject poverty and dependence, the socialistic system built the capacity to emerge from the morass of pecuniary deprivation.

A visit to the Tibetan Autonomous Region in July 2019, enabled this scribe to witness for himself the Tibetan miracle, which was achieved not by doling out alms but helping them build infrastructure.

The Chinese government has developed Tibet as part of its China Western Development policy and has invested 310 billion yuan (about 45.6 billion U.S. dollars) in Tibet since 2001. In 2009 it invested over seven billion U.S. dollars into the region, 31 percent more than the previous year. The Qinghai-Tibet-Railway was completed in 2006 at a cost of 3.68 billion U.S. dollars, leading to increased tourism from the rest of China. The Shanghai government contributed 8.6 million U.S. dollars to the construction of the Tibet Shanghai Experimental School, where 1,500 Tibetan students receive a primary Chinese education.

The Chinese government has made unremitting efforts to develop the Tibetan-inhabited provinces. Scientific research studies have been undertaken for the preservation of Tibetan literature, classics on Tibetology and museums. Special emphasis has been laid upon traditional Tibetan Medicine, which has been accepted as a viable field of treatment and continues to be taught not only in Buddhist Monasteries, but specific departments in universities have been dedicated to it.

The biggest challenge to the Tibetan community, both inside and outside Tibet, is the alleviation of poverty, which faces three major problems. The economic issues have been intensified because of the natural environment, cold, dry and Himalayan climate with limited rainfall, which affects the quality of the grasslands. There is low participation in the industrial sector, because the region is far from the markets.

The Tibet Autonomous Region presents a daunting task of meeting the deadline of eradicating poverty by the end of 2020. The central government has invested heavily in infrastructure development. Dual carriage highways have been built meandering through thousands of tunnels in the mountainous region with adequate rest areas, commercial and refueling facilities. The Qinghai-Tibet Highway linking Beijing has been completed. Since the Tibetan Autonomous Region offers tremendous potential for tourism, facilities have been developed for maximum benefit to accrue to the inhabitants. Cultural Heritage has been preserved with national, international and UN support beckoning millions of domestic and foreign tourists.

Medical and educational capacity building has not only provided the much-needed resources but also offer employment opportunities. Vocational training centers have been a major factor in enabling the minorities to seek gainful employment after acquiring specialized skills.

Various scholars from the Chinese Academy of Sciences have conducted research on restoring the ecological balance and tackling the effects of global warming while maintaining economic development.

A novel experience for this scribe was witnessing the Chinese government's initiative to enhance the quality of life of the Tibetan nomads. They have been relocated in urban housing in newly constructed villages which amounts to one of the most ambitious attempts made at social engineering.

While these nomads and their families enjoy the advantages of urban living like better housing, schools, hospitals et al., they have been afforded neighboring pastoral grasslands, where their horses and cattle graze while the nomad earn revenue through tourism.

Thus, the Tibet Autonomous Region is a far cry from the propaganda of China's detractors, who claim that genocide of Tibetan culture occurred. It has been preserved and flourishes with aplomb.