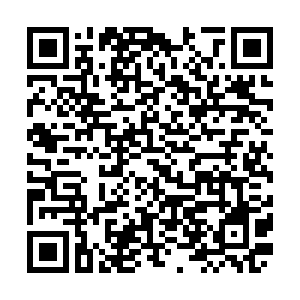 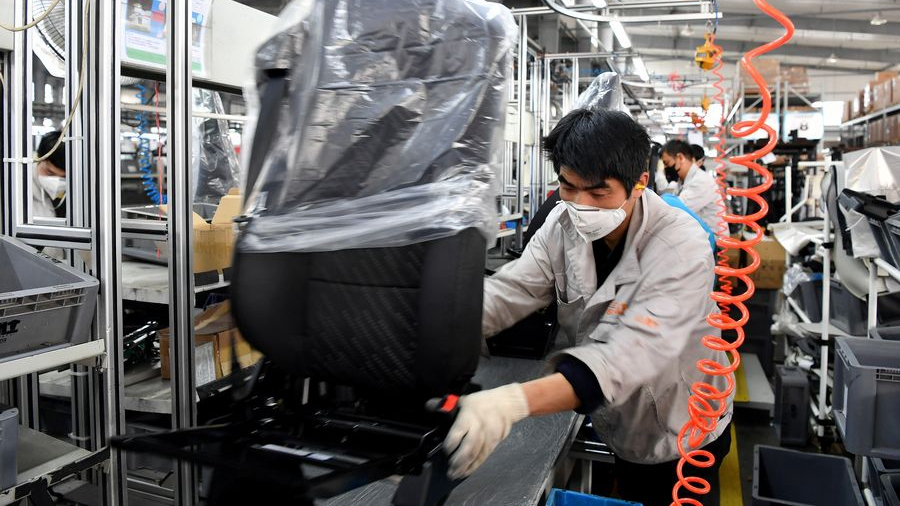 China's official Purchasing Managers' Index (PMI) rose to 52 in March, up from a record low of 35.7 in February and above the 50-point mark that separates monthly growth from contraction, the National Bureau of Statistics (NBS) said on Tuesday.

Analysts polled by Reuters expected the March PMI to come in at 45.0. Fifty-two is the highest peak since September 2017 and completes a V-shaped recovery.

The NBS attributed the surprise rebound in PMI, a month-on-month indicator, to the country's resumption of work and virus-affected low base in February, but cautioned that the readings do not signal a stabilization in economic activity because the PMI is calculated on a month-on-month basis. It will still take one to two months to monitor if the economy is back on track.

Luo Jun, Secretary-General of Global Tech Innovation Forum, told CGTN that one major concern is external shocks. "The epidemic in the U.S. and Europe is still exacerbating. The manufacturing industry there was mostly paused. The negative impact on the world economy is no less than the 2008 financial crisis. The results are economic recessions and shrinking demand around the world."

However, Luo also said that risks and opportunities co-exist: "China has been ahead of the global recovery curve. And the government plan of new infrastructure will help the full recovery of the manufacturing industry. The new infrastructure focused on 5G telecom, AI and biotech, will lead to new economic models and innovation and speed up China's industrial restructuring and upgrading." 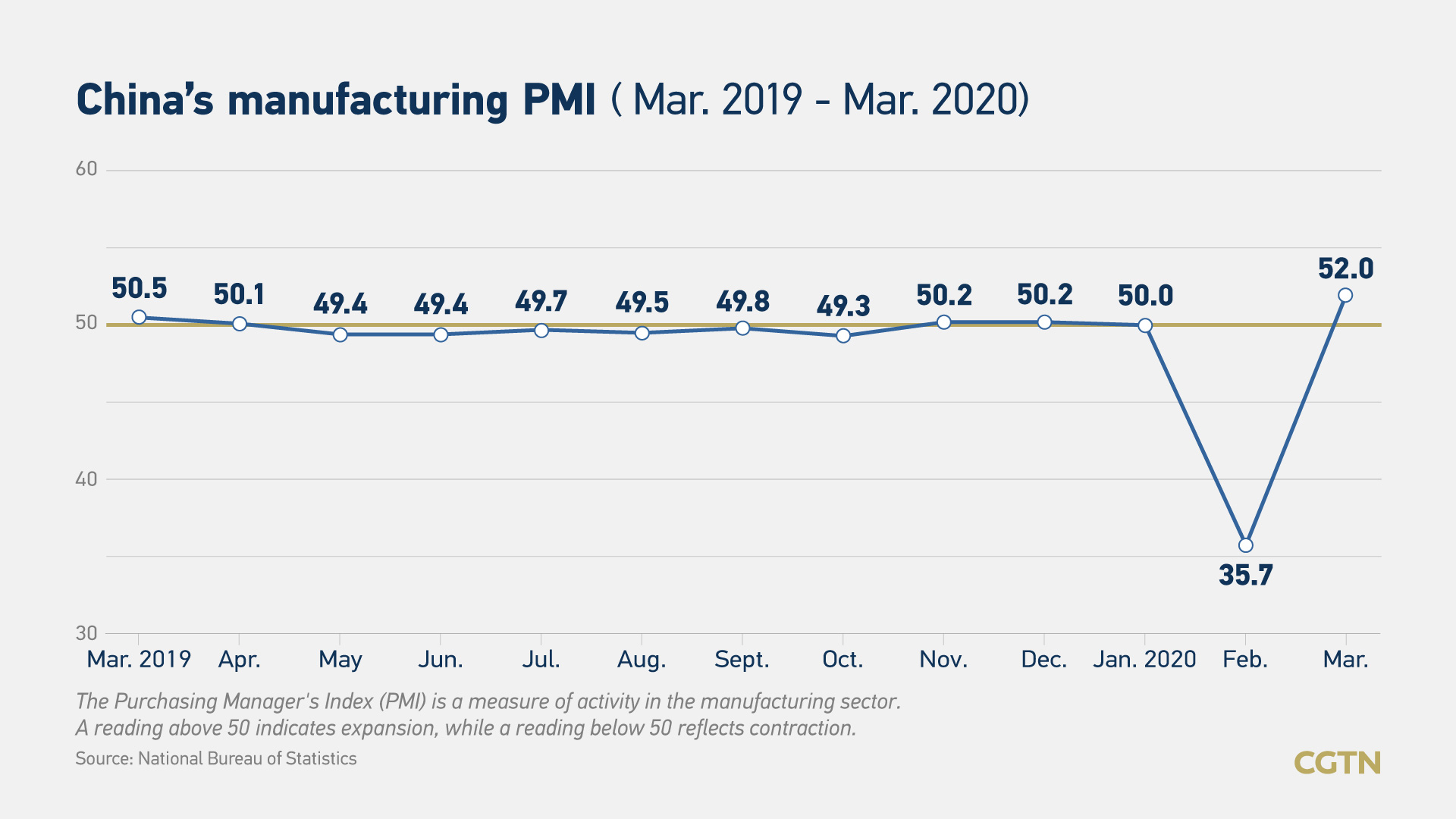 China has not been seen a dramatic surge in confirmed cases of COVID-19 for weeks. The majority of the country's new cases are imported from abroad instead of coming from domestic origin.

As of March 28, 98.6 percent of China's major industrial enterprises have resumed production, representing an increase of 15.5 percentage points from February 23, said an official with the country's industry and information ministry on Monday.

In Hubei Province particularly, the epicenter of the coronavirus in China, 95 percent of the major industrial enterprises have resumed operation, and 70 percent of the employees have returned to work.

The survey's sub-index of manufacturing production picked up to 54.1 in March from February's 27.8, while a reading of new orders rose to 52 from 29.3 a month earlier.

New export orders received by Chinese manufacturers ticked up to 46.4 from 28.7 in February, but were still mired in contraction.

The country's service sector activity also expanded, with official non-manufacturing PMI coming in at 52.3, from 29.6 in February, a separate NBS survey showed. However, the reading of consumer-oriented service industries was 50.2, 1.6 points lower than the overall index. That came as the pandemic cast a long shadow on tourism, catering and entertainment sectors.

China has been supporting enterprises affected by the COVID-19 epidemic. The country's 300-billion-yuan special relending program for enterprises amid the pandemic has provided over 200 billion yuan for over 5,000 enterprises, said Xin Guobin, vice minister of industry and information technology.

More than 200 billion yuan with a loan interest rate lower than 4.55 percent has been issued among the 500 billion yuan relending and rediscount quotas to help smaller banks increase support to small and micro-enterprises.

The government has also loosened restrictions in recent weeks and is giving out millions of yuan worth of shopping coupons to revive consumption.