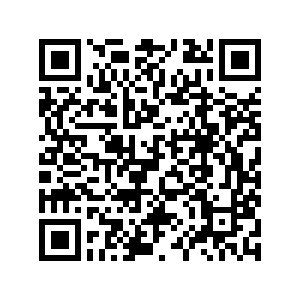 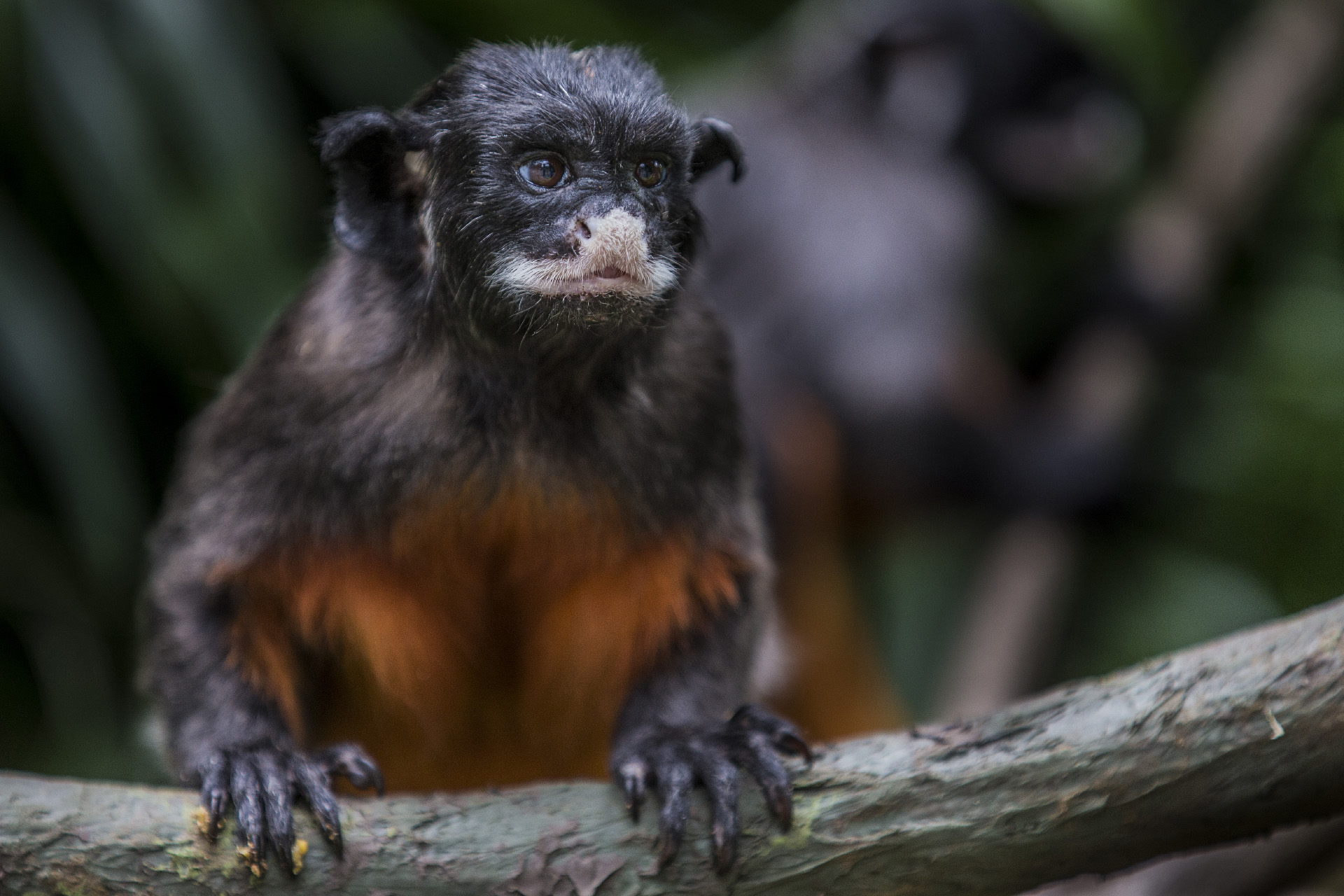 Weighing less than 500 grams, this little creature has a pair of wrinkled and curly ears like those of an elf, a bright golden-red belly, sharp black claws and lips covered with white hair. These other-worldly characteristics make it hard to relate it to a monkey – a seemingly familiar animal to human.

However, this is the white lipped tamarin, also known as the red bellied tamarin, a species that is commonly found in the middle of the Amazon basin in Brazil and northeastern Bolivia. 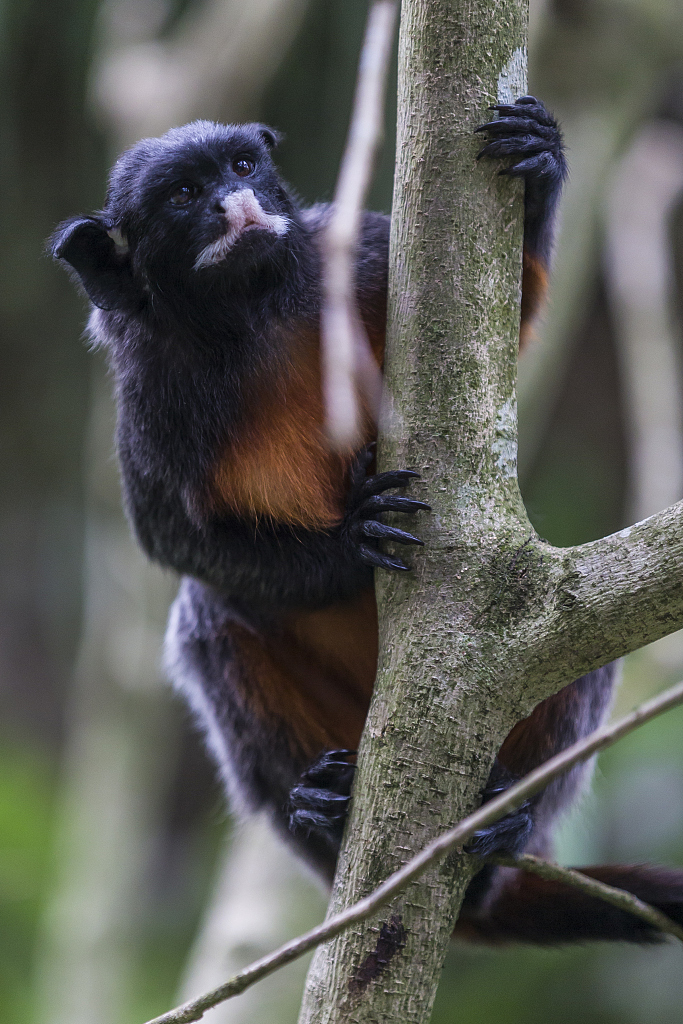 Among most animals that display different physical characteristics between the two sexes, such as lions and peafowls, males are usually larger or prettier than females. The white lipped tamarin is an exception because the females are larger than males.

Like most tamarins, the white lipped tamarins typically give birth to twins. In a white lipped tamarin group, which consists members of up to 13 individuals, there is usually only one breeding female. And during the breeding period, she would produce chemicals that inhibit the ovulation of her daughters and thus delay their sexual maturity. This behavior is similar to that in the termite society. 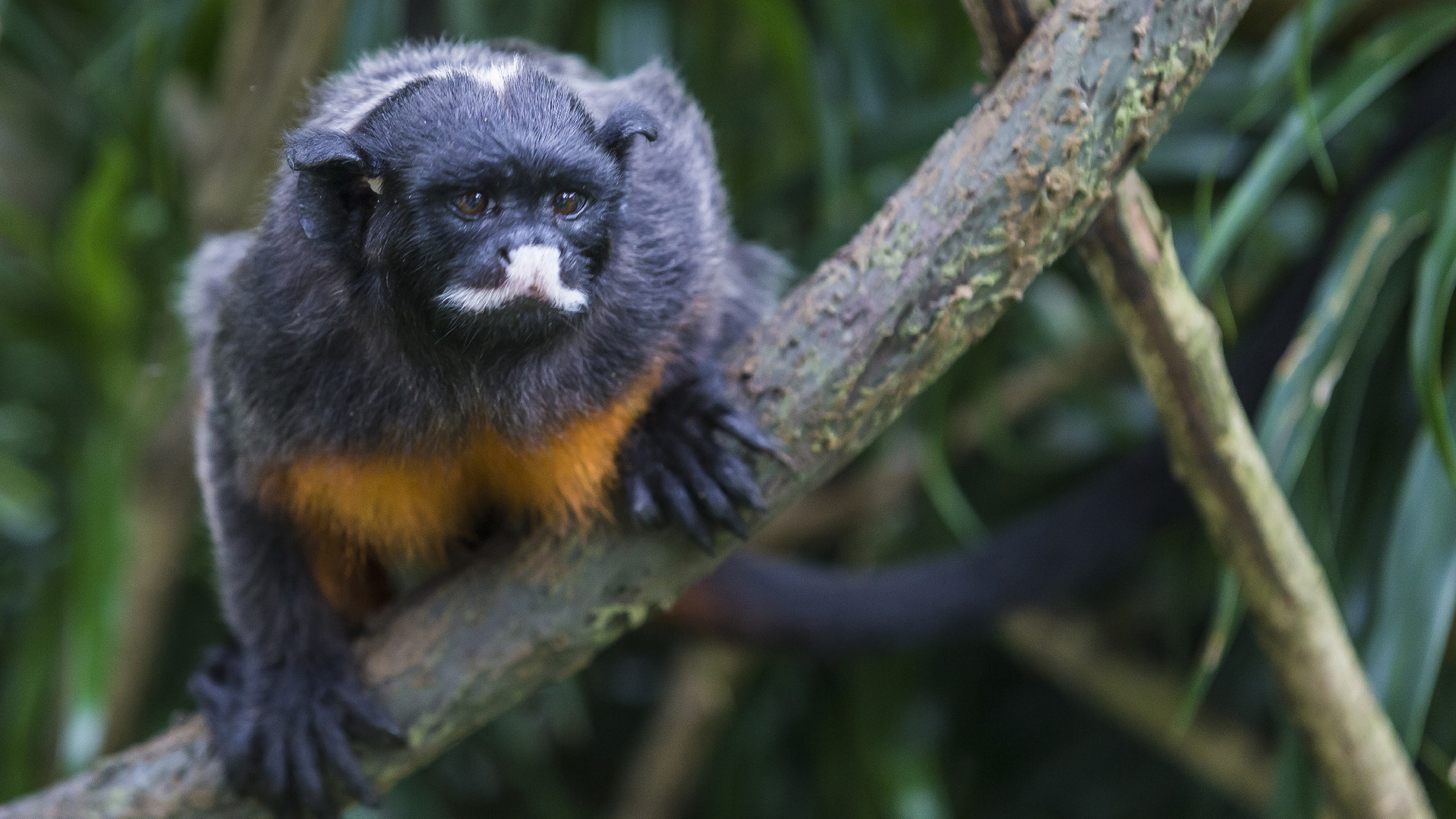 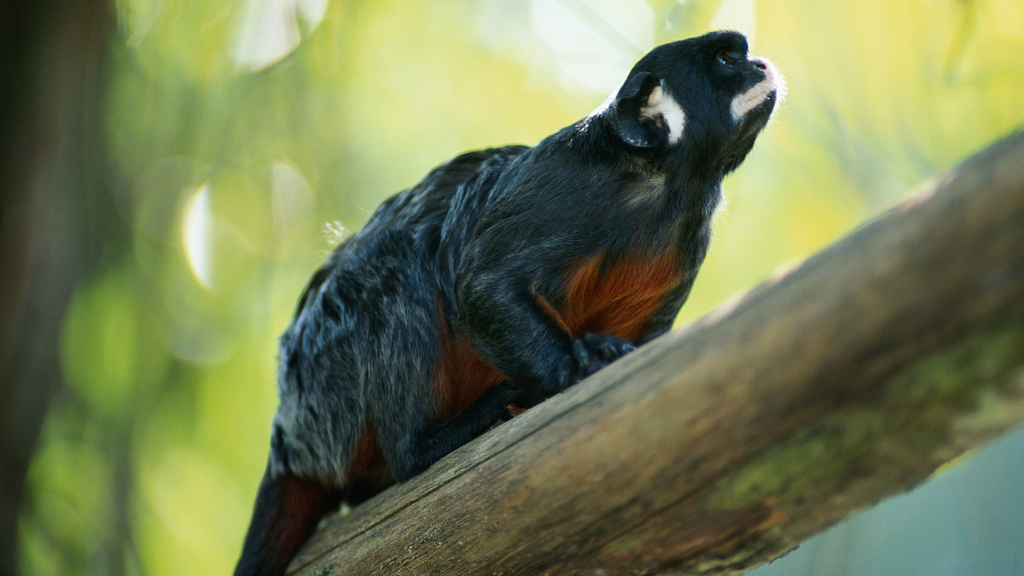 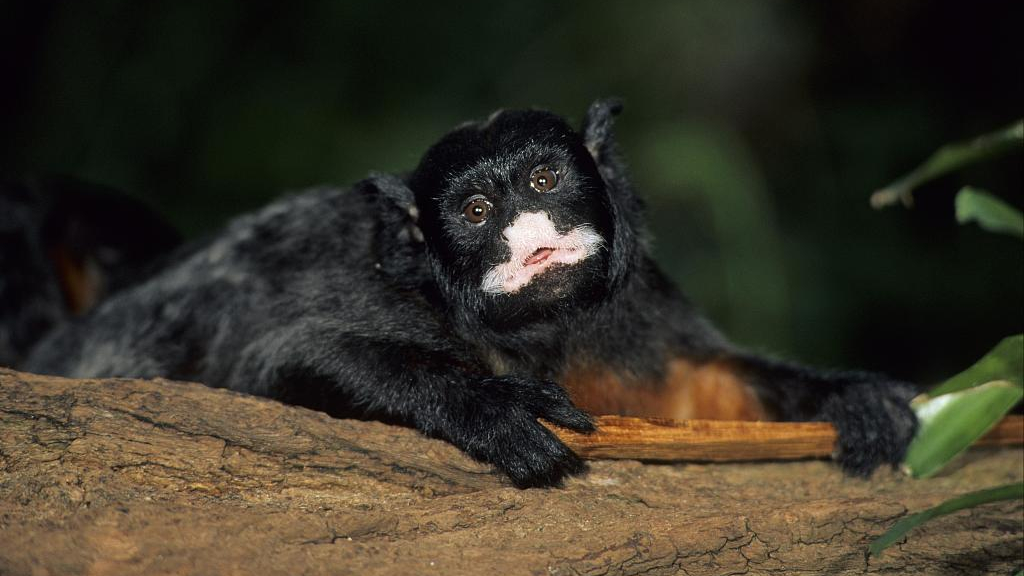 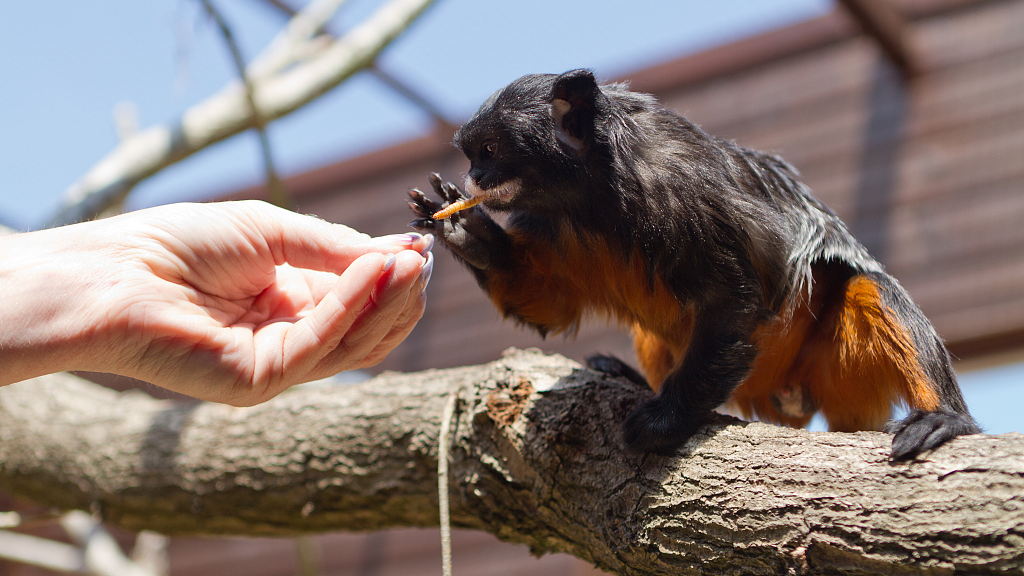 Although the population of white lipped tamarins are stable and are not considered as threatened, it is possible that the deforestation in the Amazon rainforest would reduce its number, as this species is largely dependent on trees.

(All photos are from VCG.)