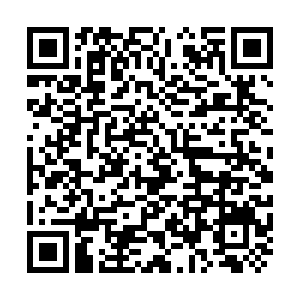 Starbucks' Chinese competitor Luckin Coffee went through its darkest day as its shares dropped as much as 81 percent on Thursday after an internal investigation unveiled fabricated transactions.

The coffee chain suspended its chief operating officer (COO) Liu Jian and several other employees and formed a special committee to oversee an internal investigation into certain issues brought to the attention of the company's board of directors during an audit of the consolidated financial statements for the fiscal year ended December 31, 2019, Luckin said in a public newsletter on its website. 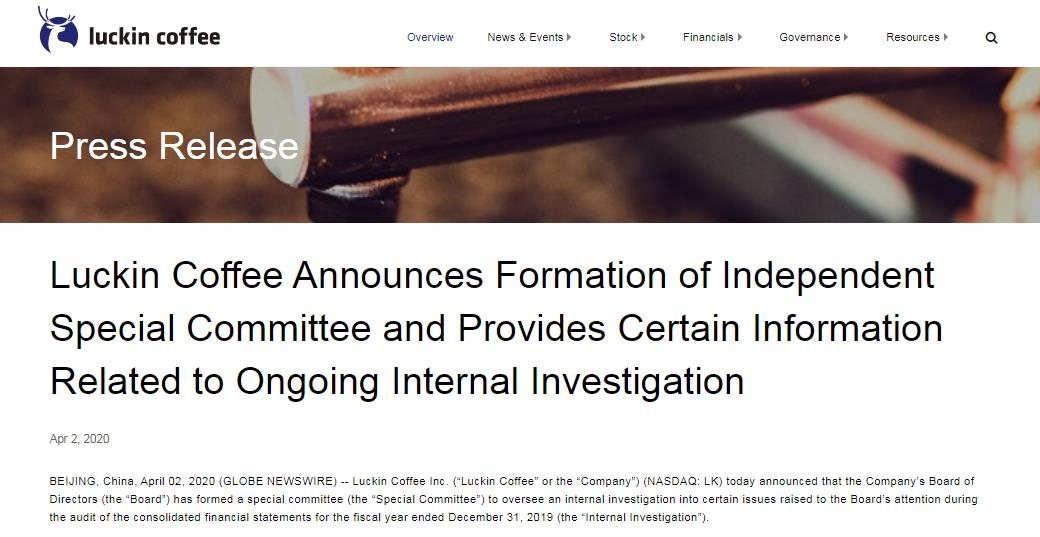 Luckin disclosed that "the aggregate sales amount associated with the fabricated transactions from the second quarter of 2019 to the fourth quarter of 2019 amount to around 2.2 billion yuan (10.02 million U.S. dollars)."

"As a result, investors should no longer rely upon the company's previous financial statements and earning releases ..." the company told investors.

The huge scandal has caught officials' eyes. The China Securities Regulatory Commission on Friday denounced Luckin for financial misconduct, saying listed companies should strictly obey related market law and rules, and fulfill the information disclosure obligations truthfully and completely, no matter where they are.

But just two months ago, on the last day of January, short-seller Muddy Waters Research shorted the stock, citing an anonymous report revealing that Luckin "played tricks" in financial and operating numbers from the third quarter of 2019.

The 89-page report, consisting of tons of photos, videos, receipts, and even transaction and WeChat records, claimed to find credible evidence to prove the number of items per store was inflated by at least 69 percent in Q3 and 88 percent in Q4 2019. The author said 92 full-time and 1,418 part-time staff were hired to run surveillance, covering 100 percent of the operating hours, in more than 900 stores across the country. 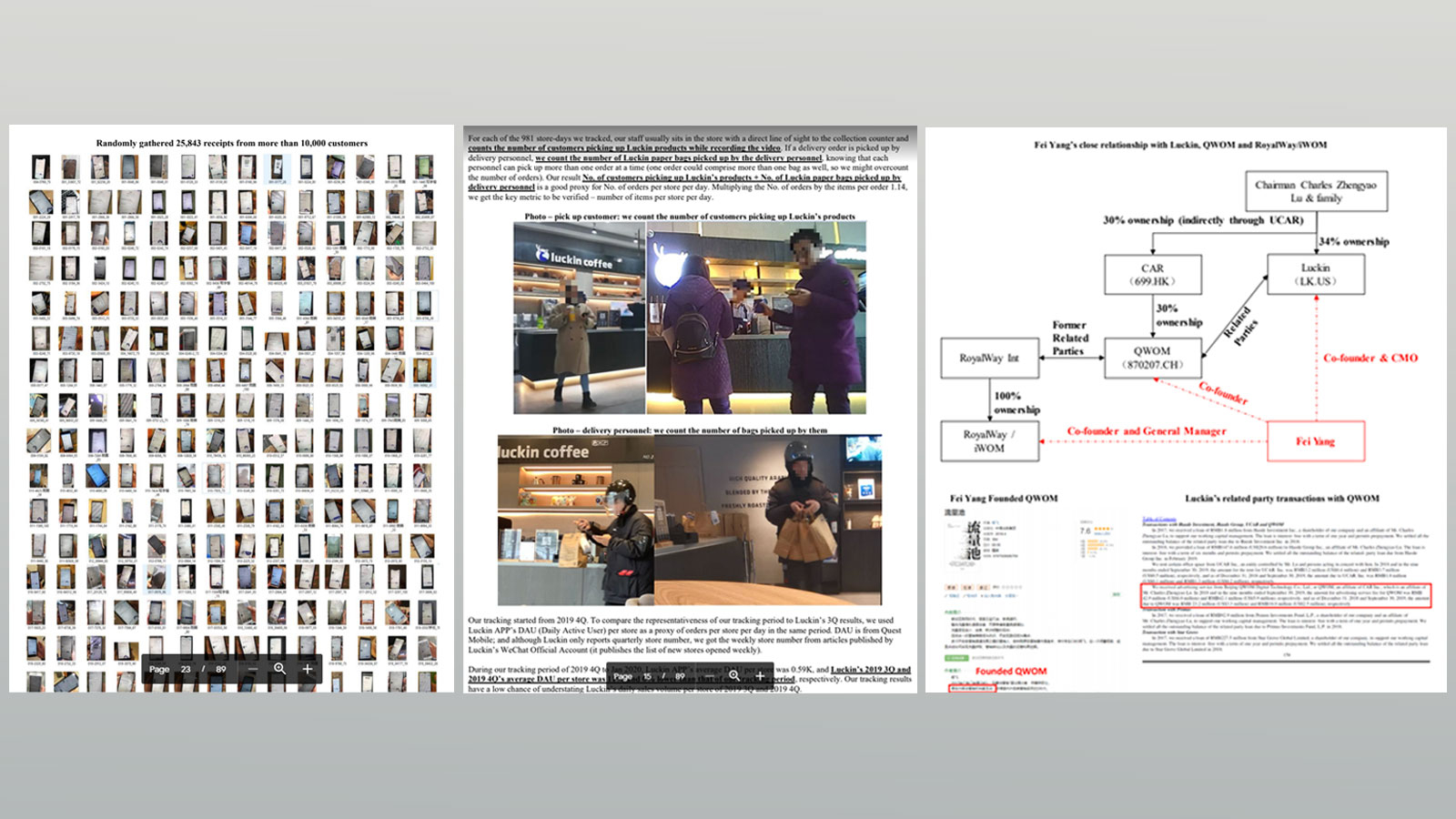 Some pages from Muddy Waters' report on Luckin Coffee. /CGTN

Some pages from Muddy Waters' report on Luckin Coffee. /CGTN

CHECK OUT THE FULL REPORT

The stock dropped more than 10 percent after the report came out. But three days later, Luckin said the methodology was flawed and the allegations were "unsupported speculation and malicious interpretation of events." The stock price went back to where it was at before the report.

However, Luckin did not give substantiated financial data and evidence to support its rebuttal at the time.

17 months from trial to debut on Nasdaq; who's the captain?

The fast-growing chain has been a superstar for investors. After starting a trial operation on the first day of 2018, Luckin spent just 17 months before being listed on the Nasdaq Stock Market, becoming the fastest Chinese company to issue an initial public offering in the U.S. 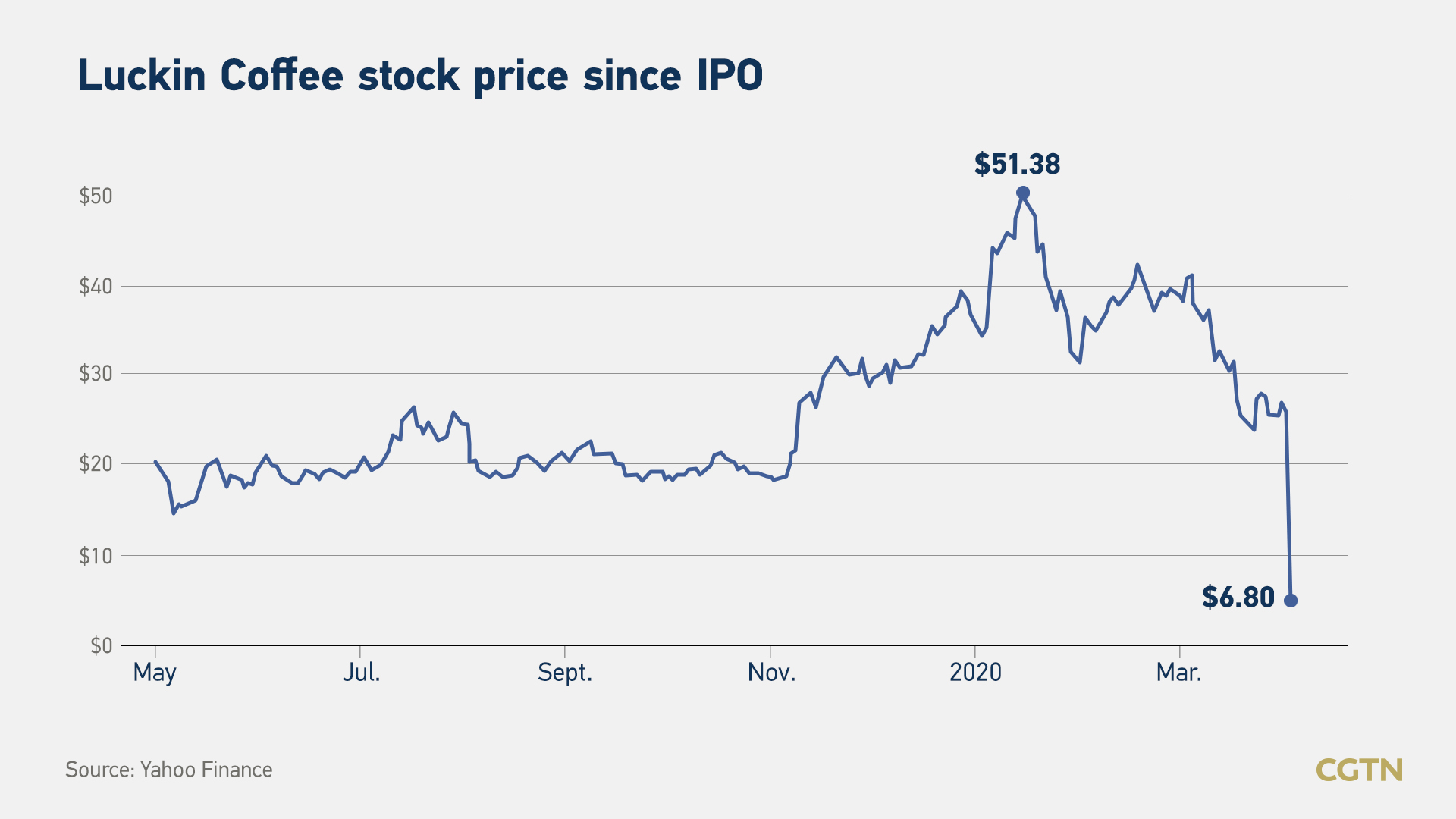 The chairman of the coffee chain, Lu Zhengyao, is also the boss of the Hong Kong-listed car rental company CAR Inc.

Beyond the chairman, Luckin's founder and CEO Qian Zhiya used to be the COO of CAR and its parent company UCAR Technology Inc. Her colleague Yang Fei, chief marketing officer, played the same role when he was in UCAR. And the troubled COO Liu Jian has served as the deputy general manager of the vehicle management center in CAR and was the person in charge of benefits management from 2008 to 2015. After that, he was the director of the benefits management of UCAR for three years.

So now it is clear that this UCAR crew is driving the coffee boat:

According to Wind, Lu holds 23.94 percent of Luckin's shares and he and his wife Guo Lichun hold 29.76 percent of CAR's shares. His current position indirectly dragged CAR's share down by as much as 70 percent on Friday.

The shares of CAR warmed up a little bit to about 55 percent down at 10:13 a.m. BJT, but trade was suspended because of abnormal fluctuation, leading to a 9-million-yuan loss for the Lu couple.

According to some Chinese media, Lu posted a lovely picture on his WeChat moment at noon on Friday saying, "(We) need to be more energetic today! Go little buddy!" Luckin Coffee's official Weibo account posted the same picture, and made another post saying its ordering app collapsed during its peak hour at noon, which made people guess that there are millions of consumers trying to buy Luckin products after the scandal. The official account tagged its posts in hot topics like "the shares of Luckin Coffee plunged over 80 percent..." and "go Luckin!" 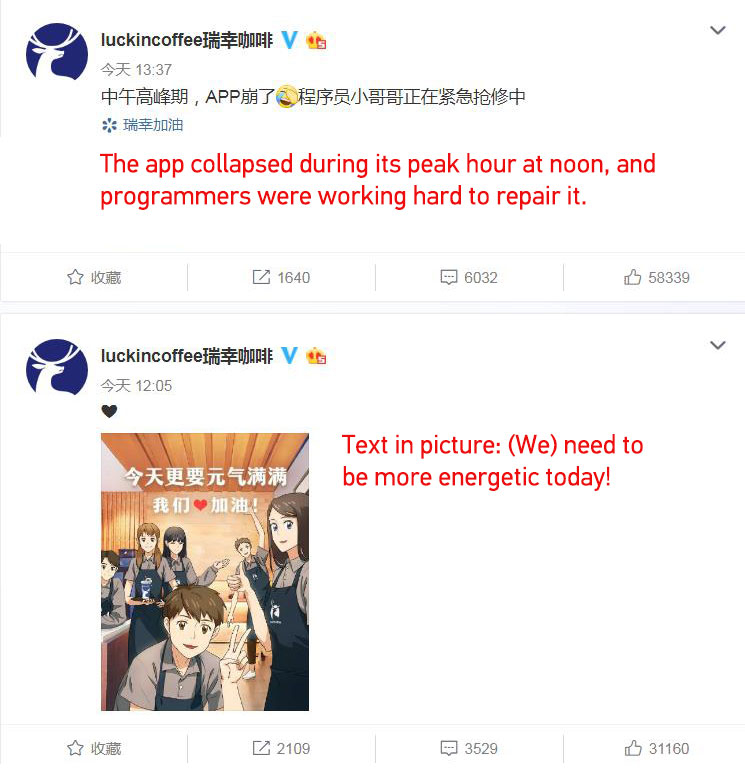 A screenshot of Luckin Coffee's Weibo post translated by CGTN.

A screenshot of Luckin Coffee's Weibo post translated by CGTN.

So what makes this coffee brand so different?

Most of the domestic coffee company locations are "pick-up stores" that offer limited seating and are in office buildings and other areas where the demand is high. Within just several months from its founding in October 2017, Luckin quickly grew to thousands of stores across the country.

However, the unit performance is far weaker than expected and the fast expansion has burdened Luckin's financial pressure.

The firm's operating expenses were 1.6 billion yuan for the second quarter last year, a 244 percent increase year-on-year, according to its financial report.

"The average Starbucks store does about 1 million dollars in annual sales. At the start of 2019, Luckin's coffee houses were averaging about 150,000 dollars in revenue per store," said Luke Lango, a market analyst at InvestorPlace. 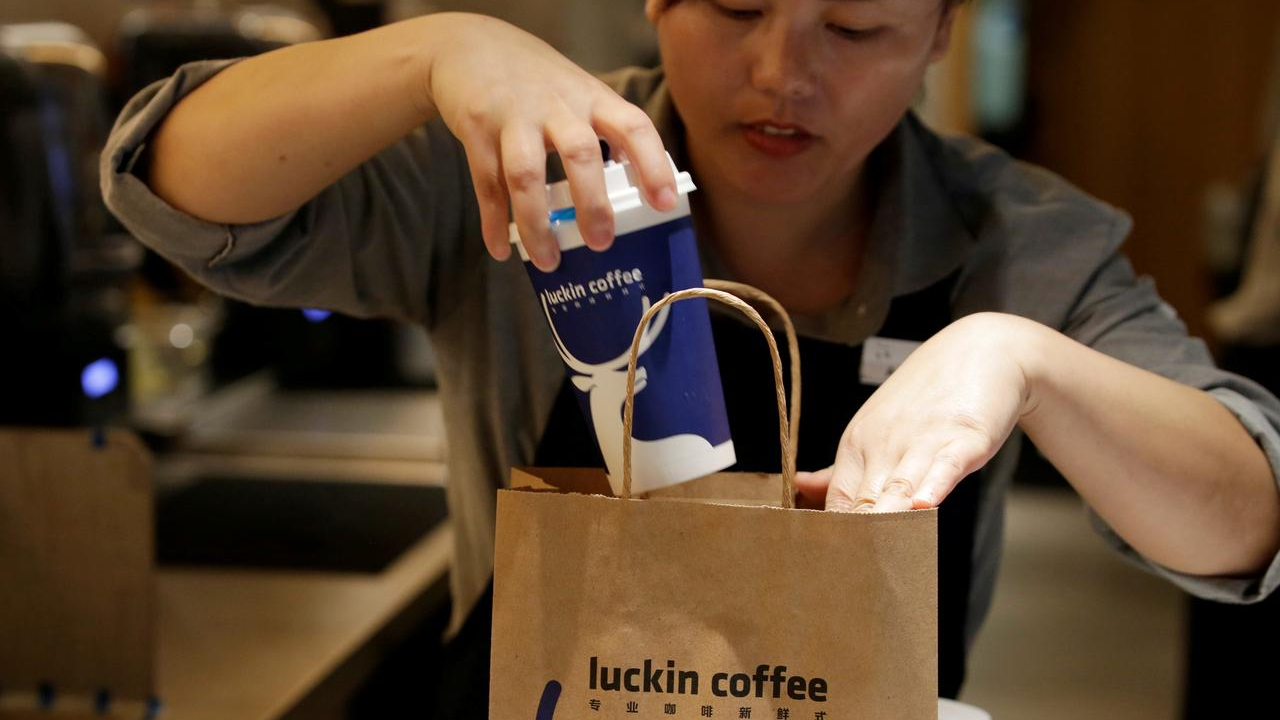 A barista packs a coffee for an online sale at a Luckin Coffee store in Beijing, July 17, 2018. /Reuters

A barista packs a coffee for an online sale at a Luckin Coffee store in Beijing, July 17, 2018. /Reuters

Luckin started with coffee, but not just coffee. From coffee to tea, from stores to vending machines, Luckin has been constantly breaking boundaries. However, judging from the actual situation, Luckin's various businesses are not as financially healthy as portrayed.

The business is maintaining consumers by offering dramatic discounts and vouchers, not by the taste of its offerings. It always uses a cheap price to keep customers loyal. Many Chinese netizens have complained online, saying the lower price is the only reason that they choose Luckin rather than Starbucks. Some even said that Luckin is "burning cash" to occupy the market.

In fact, though it was worth more than 8 billion U.S. dollars in 2019, China's coffee industry is still far from being saturated, said Daxue Consulting. The second-largest economy has the largest population on earth but one of the world's lowest coffee consumption rates. 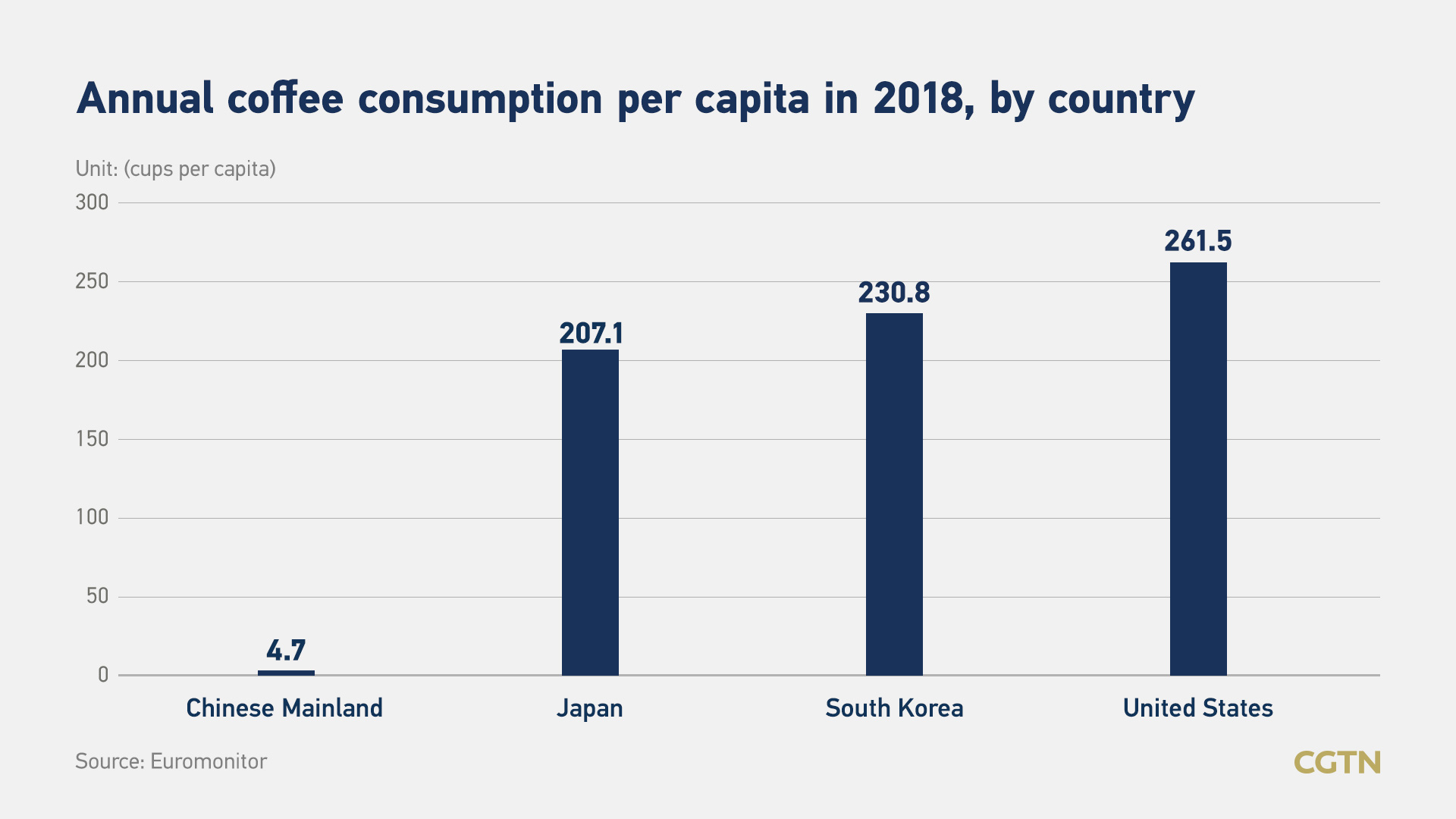 Data from Euromonitor shows that the per capita coffee consumption on the Chinese mainland is only at 4.7 cups in 2018, which is far less than Japan, South Korea and the United States.

So, there are market chances for newcomers. But quality will always win out.