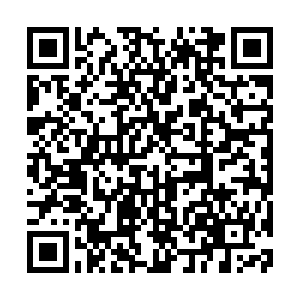 China's agricultural authorities on Wednesday released a new list of livestock and poultry, naming 31 animal species that will be allowed to be raised in farms and traded on markets, and started to collect public opinions over the proposed list.

The list was announced as part of China's efforts to tighten regulations on wildlife protection as the novel coronavirus outbreak was initially believed to be related to game meat consumption.

According to the list, 18 traditional livestock and poultry species will remain in people's dining options including pig, cattle, lamb, rabbit, pigeon, donkey, camel, chicken and duck.

A special section of 13 species has also been added to the list, including sika deer, red deer, common pheasants, alpacas, mallards, minks, silver foxes and blue foxes. The Ministry of Agriculture and Rural Affairs said the decision has been made either because these animals have been artificially bred with mature technique, or because they are imported species.

Once listed as livestock and poultry, the animals could be raised in farms and traded on markets after quarantine and inspection.

The list includes stipulation on a pressing issue: dogs, saying that dogs are now a companion animal and thus should not be listed as livestock. That means dogs will be banned from consumption.

Wild animals as well as the wild population of animals on the list will be protected by China's National Forestry and Grassland Administration, according to the ministry.

Experts see both progress and concerns in the list. Most agree that excluding dogs on the list and thus banning people from eating the animal is a right move, but some point out to the risks, especially in raising fur animals like foxes and minks.

Qian Yefang, professor of Zhejiang University of Finance and Economics, opposes the special section of 13 animal species, arguing that a complete ban of the artificial breeding of wild animals for commercial purposes would better prevent public health risks.

Su Peifen, founder of Act Asia, a Guangdong-based NGO dedicated to environment and animal protection, pointed to potential problems brought by raising fur animals, such as silver foxes, blue foxes and raccoon dogs. Citing earlier reports saying that after selling the fur, some farmers would sell the meat to the market as other meat, Su said that continuing to raise fur animals would pose a great risk to the prevention of zoonotic diseases that spread from animals to people, and to public health.

The ministry will hear public opinions until May 8.