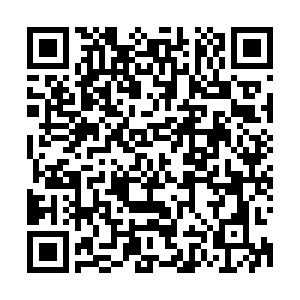 Editor's note: This is the 37th article in the COVID-19 Global Roundup series. Here is the previous one. 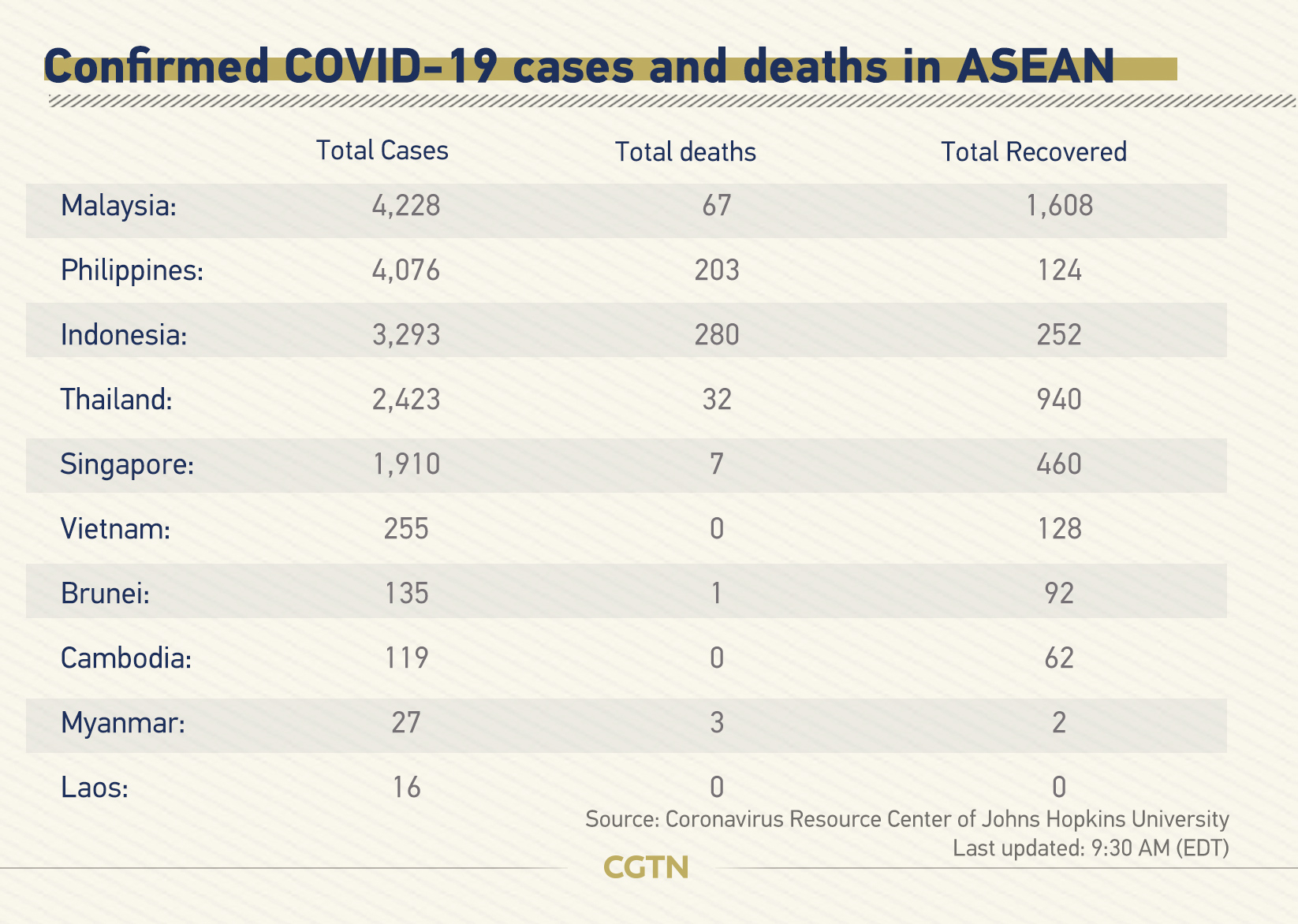 As the novel coronavirus starts to gather speed in Europe, the Middle East and the U.S., Southeast Asia countries are introducing stricter containment measures domestically and tightening their borders, fearful about a wave of infections imported from elsewhere.

With more than 15,000 cases of infections have across the region, Malaysia tops with 4,228 cases, but Indonesia has the highest number of deaths.

Although the total number of confirmed cases in Southeast Asian countries, compared with other regions, is relatively small, medical experts warned any country's success with containment could be tenuous, and the world could remain on a kind of indefinite lockdown until a vaccine or treatment is found. 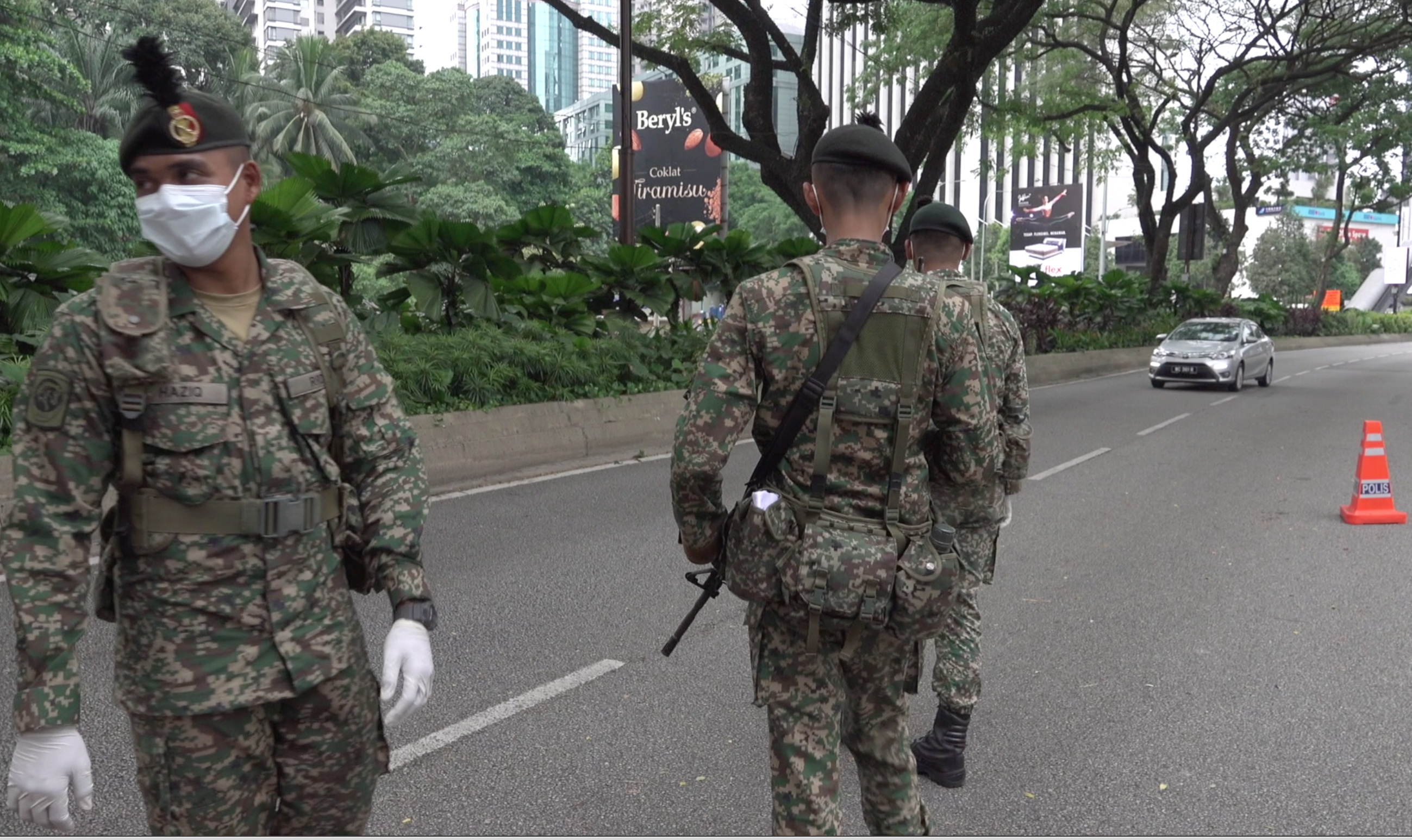 Malaysian Health Ministry director-general Datuk Noor Hisham Abdullah on Thursday told citizens that research by JP Morgan, World Health Organization and Malaysian Institute of Economic Research indicates that the country will hit the peak of infection in a week or two, although the country on Thursday registered the lowest number of infections, which stands at 109.

Malaysia has recently tightened its so-called Movement Control Order, and it's been three weeks since the restrictions were first imposed after a sharp spike in new coronavirus infections. This includes the prohibition of mass gatherings, restrictions on overseas travel for Malaysians, and entry for foreign visitors as well as the closure of schools, government and private premises except those involved in essential services. Interstate travels require written police permission.

Under the tightened rules, people should not not travel more than 10 kilometers from home to buy provisions. Only one person per household is allowed out at a time to do essential chores. Even essential services must close by 8 p.m. and all vehicles must be off the road by 10 p.m.

Violators face penalties up to 229 U.S. dollars and up to six months imprisonment. The Malaysian Armed Forces, including personnel and drones, have been mobilized in detection and enforcement. 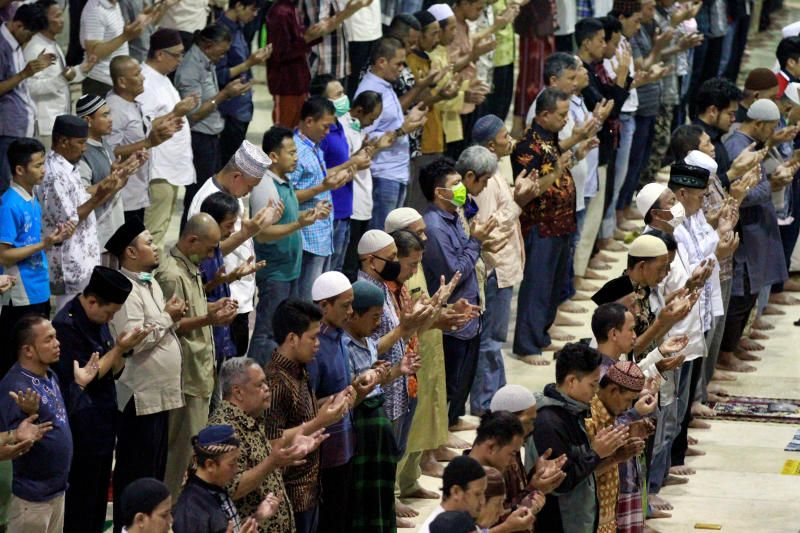 Indonesian Muslims praying at a mosque during the Friday Prayers gathering in Jakarta, Indonesia, March 20, 2020. /Reuters

Indonesian Muslims praying at a mosque during the Friday Prayers gathering in Jakarta, Indonesia, March 20, 2020. /Reuters

Indonesia has recorded more than 3,293 infections and 280 deaths, but these figures are based on just about 11,740 tests, a tiny sample in a nation of 264 million. The governors of Jakarta and West Javahave suggested that the numbers of people infected and killed by the disease in the country are significantly higher than the central government's official count.

According to The Jakarta Post's calculations using data provided by the ministry's daily outbreak briefings, the central government can only conduct a daily average of 240 polymerase chain reaction (PCR) tests. Plus, Reuters examined data from Jakarta's Department of Parks and Cemeteries and found 4,400 burials were conducted in the province in March, an increase of 40 percent above normal levels.

But even by the conservative official figures, the mortality rate of 9 percent is one of the highest in the world.

After being criticized by denying the existence of coronavirus, Indonesia acknowledged on March 2 COVID-19 had reached the archipelago. And then it finally began to act.

On Tuesday, Health Minister Terawan Agus Putranto signed an order allowing Jakarta's administration to introduce stricter measures which will last at least two weeks. The city's governor said the mandatory restrictions would start on Friday with workplaces closing except for eight sectors such as health, energy, food, and finance, including the capital market.

Public transport hours and passenger capacity will also be cut to reduce the risk of people passing on the virus. Groups of more than five people in public spaces will be banned and police patrols will be increased to enforce compliance. However, the government rejected calls to ban the mudik, the annual migration for Muslims in the lead-up to the Idul Fitri (Eid) celebration on May 23, which is more likely to trigger a catastrophic outbreak. 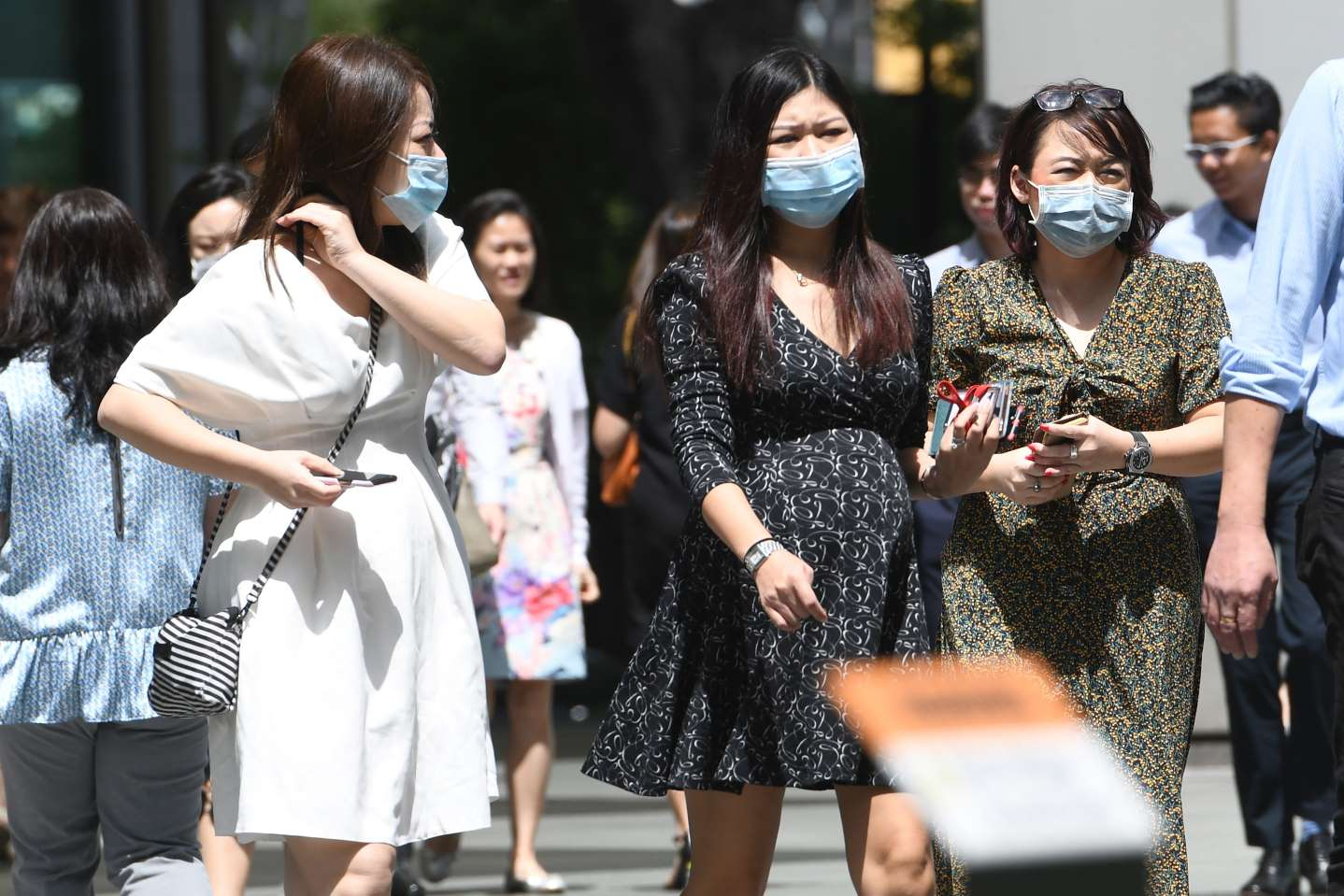 The number of confirmed cases in Singapore rocketed in recent days. /Reuters

The number of confirmed cases in Singapore rocketed in recent days. /Reuters

Singapore had been a master class in how to handle the COVID-19 outbreak due to the unique combination of factors that the country has: a top-notch health system, draconian tracing and containment measures, and a small population.

However, in recent days, the number of confirmed cases has rocketed. Thursday brought the highest day of new infections to date at 287, up from 142 the day before. For weeks, Singapore managed to keep its numbers low and trackable, but the country now is under a partial lockdown, with schools and non-essential businesses closed, and people urged to stay at home. Those who breaks the law will face fines of up to 7,000 U.S. dollars or six months in prison.

The surging confirmed cases in Singapore, according to officials, comes from two groups of people: thousands of returnees from other countries and hundreds of thousands of South Asian migrant workers.

As the gravity of the situation became clear around the world, thousands returned to Singapore. Among them more than 500 people who unwittingly brought the virus back. At the time, only people with COVID-19 symptoms are required to stay at home for two weeks, but other people could carry on with their lives. Some say it was a mistake to not limit returnees' interactions as asymptomatic spread is entirely possible, but experts say it’s hindsight because people now know a lot more about the disease compared to back in March.

The workers live in dormitories, privately-run facilities which house up to 12 men per room, with shared bathroom, cooking and social facilities. It seems almost inevitable that these dorms would become clusters.

The fear is that in the next week or so, these numbers will explode. 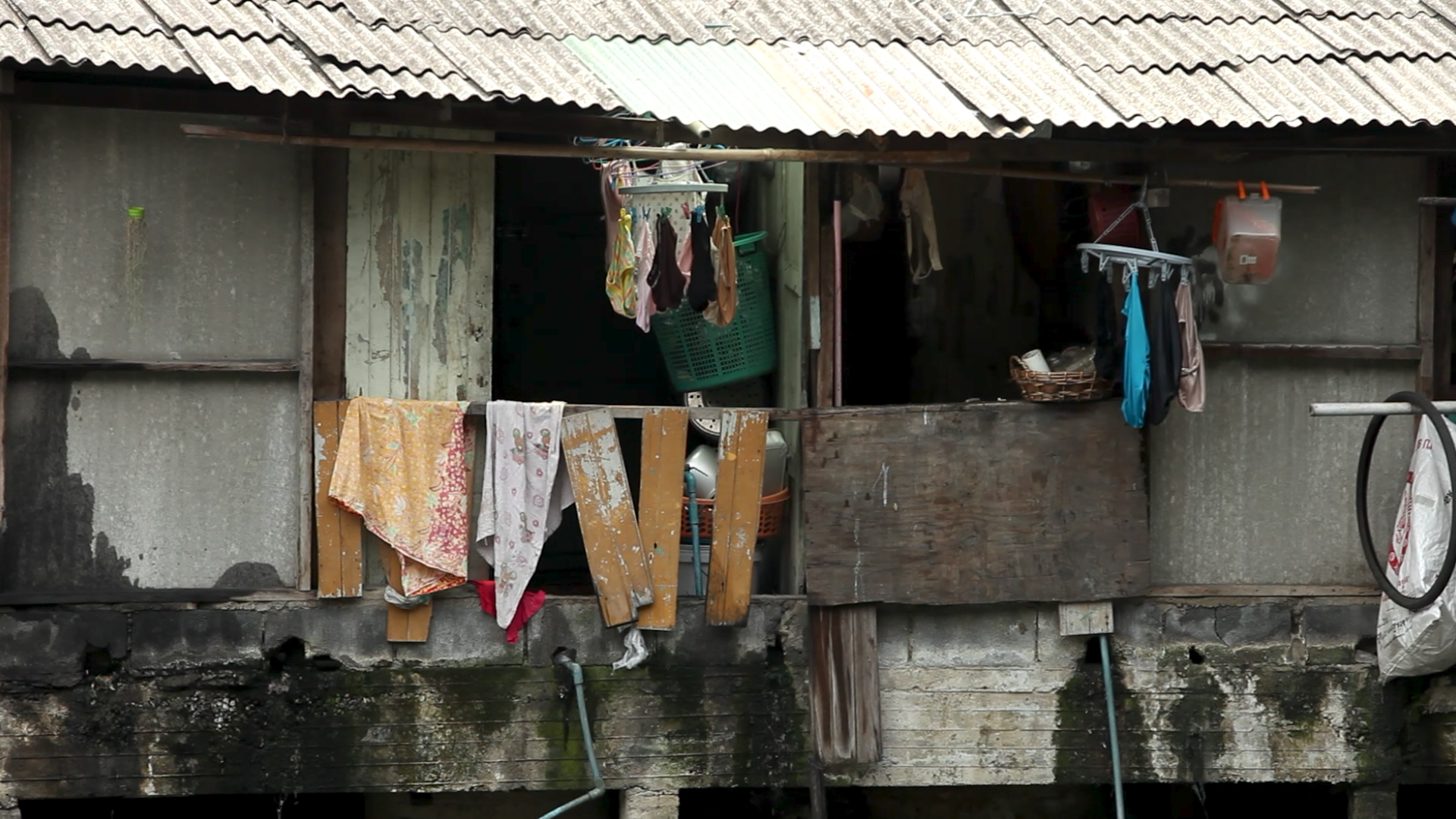 As Thailand reported the smallest number of new coronavirus cases in about three weeks, its authorities say restrictions on daily life are inhibiting the disease, but it also warned that the country still need at least 80 percent of people in Thailand to practice social distancing in order to pull the curve down.

The country began shutting down schools, universities, bars and recreational venues last month to implement social distancing after infections surged. Prime Minister Prayuth Chan-Ocha then imposed a state of emergency, which began on March 26, has led to a partial lockdown in and outside Bangkok. But critics say the government acted too fast and there are many unclear issues to sort out.

For example, government's effort has backfired as more cases outside Bangkok have been reported in recent weeks following a large exodus of workers to the countryside since there were no proper backup measures earlier.

And in much of Bangkok, the concept of social distancing is an unimaginable luxury for many citizens. Almost 20 percent of the city's population lives in slums, where a house is basically one room for an entire family – no separate kitchen, bedroom or living room.

Since the lockdown measures issued, the sudden loss of income leaves many living in the dark. The issue highlights the sheer difficulty for this country to tackle the virus without destroying livelihoods, a challenge that is especially acute in developing nations, like Thailand, with a significant portion of the population living hand-to-mouth.

According to the National Statistical Office, almost 55 percent of the Thai workforce consists of informal workers. They suffer work insecurity, irregular income, and lack of protection from the social security system. 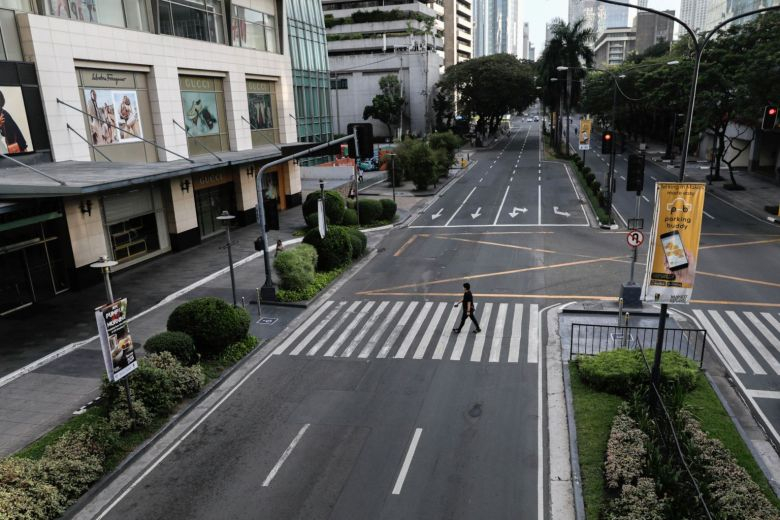 A man walks on an empty road in Makati City, in the Metro Manila region of the Philippines, March 17, 2020. /Reuters

A man walks on an empty road in Makati City, in the Metro Manila region of the Philippines, March 17, 2020. /Reuters

The Philippines is the second worst-hit country in Southeast Asia, behind only Malaysia. It has reported more than 4,000 cases of the coronavirus disease and 203 deaths so far. To curb the spread, the country extended the lockdown on Tuesday to the country's northern island of Luzon, including Metro Manila, affecting at least 57 million people, as the government continues to wrestle with the continuing spread of the pandemic.

Similar partial lockdowns have also been imposed in the remaining parts of the country by the provincial and town governments, virtually placing the entire country of more than 104 million people under quarantine.

To lift the economy out of the damage caused by the pandemic, the Philippines government has planned around 23 billion U.S. dollars in funding, around 5 percent to 6 percent of its gross domestic product for health-care and economic efforts.

The country's Secretary of Finance Carlos Dominguez told CNBC that the funding was for two months: April and May. But they are not sure now how long the COVID-19 will last, so authorities are also planning for a "bounce back" stimulus package to help the economy. He also mentioned that the 2020 growth forecast for the Philippines is zero to possibly 0.8 percent negative.