One-month lockdown in Italy: Is it working?
By Zhao Hong 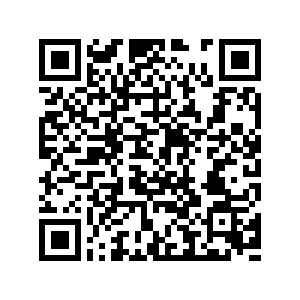 Italy is the first Western country to see a severe coronavirus outbreak, and the first country worldwide to declare a state of emergency over the novel coronavirus and the first to impose a national lockdown. The world is looking at Italy for effects of the lockdown in containing the spread of the virus after the example of China's Wuhan.

One month has passed since Italy announced national lockdown. How well have the measures worked? The lockdown was scheduled to be lifted on April 3, but has been postponed till April 13, with public health experts and officials suggesting an even longer lockdown.

Italian officials said Thursday that Prime Minister Giuseppe Conte is leaning toward extending the country's lockdown to early May, with minimal concessions to allow more companies to resume normal operations.

As of Thursday, Italy recorded 139,422 confirmed cases of the virus, and 17,669 deaths, according to the World Health Organization. 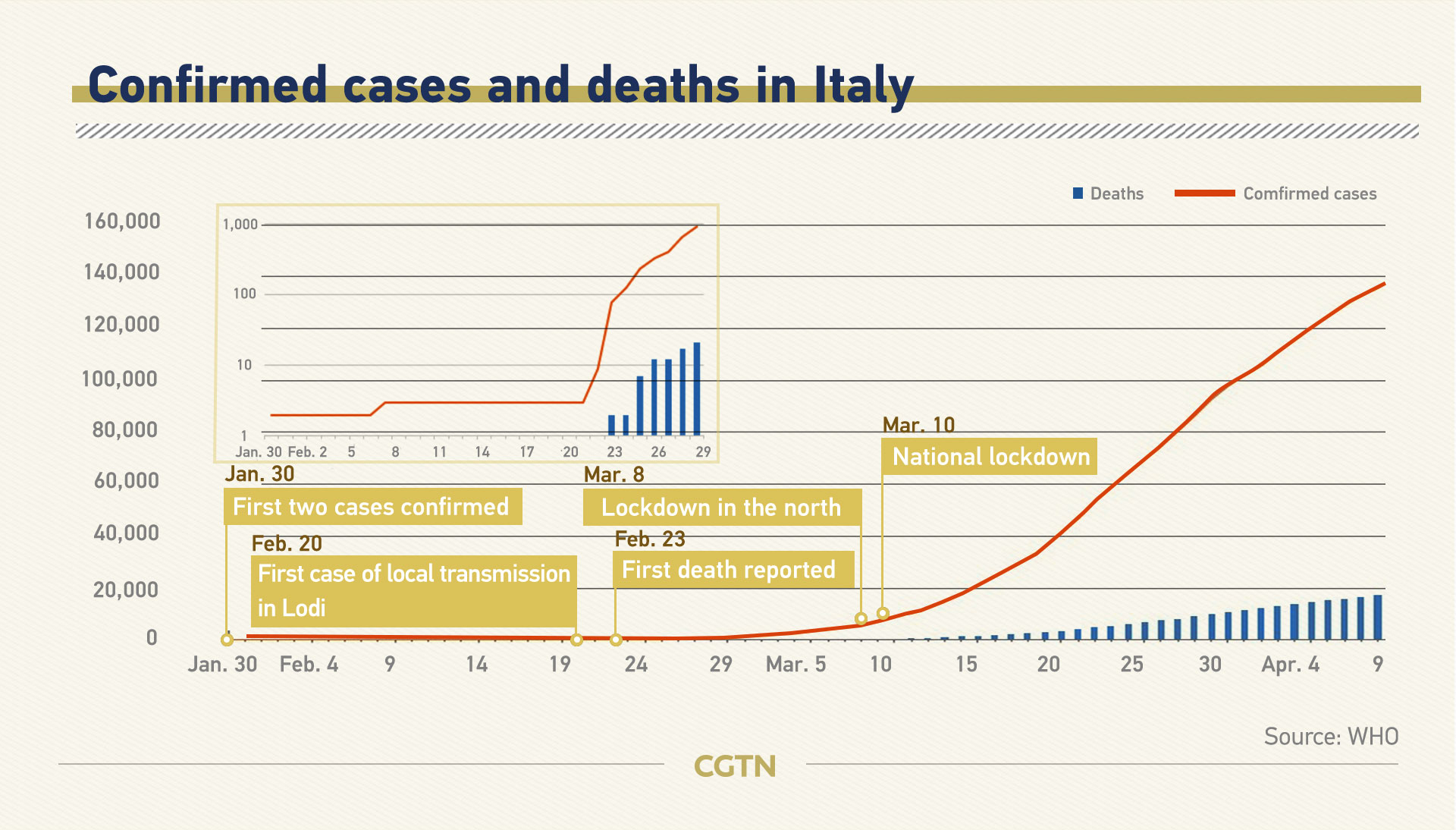 Italy's first local transmission cases related to a cluster were reported on February 20 in Lodi, Lombardy, the country's north. Several days later, several towns were quarantined as the virus spread. On March 8, movements in much of the north, including Lombardy, were restricted. Two days later, the quarantine measures were extended to the whole country. 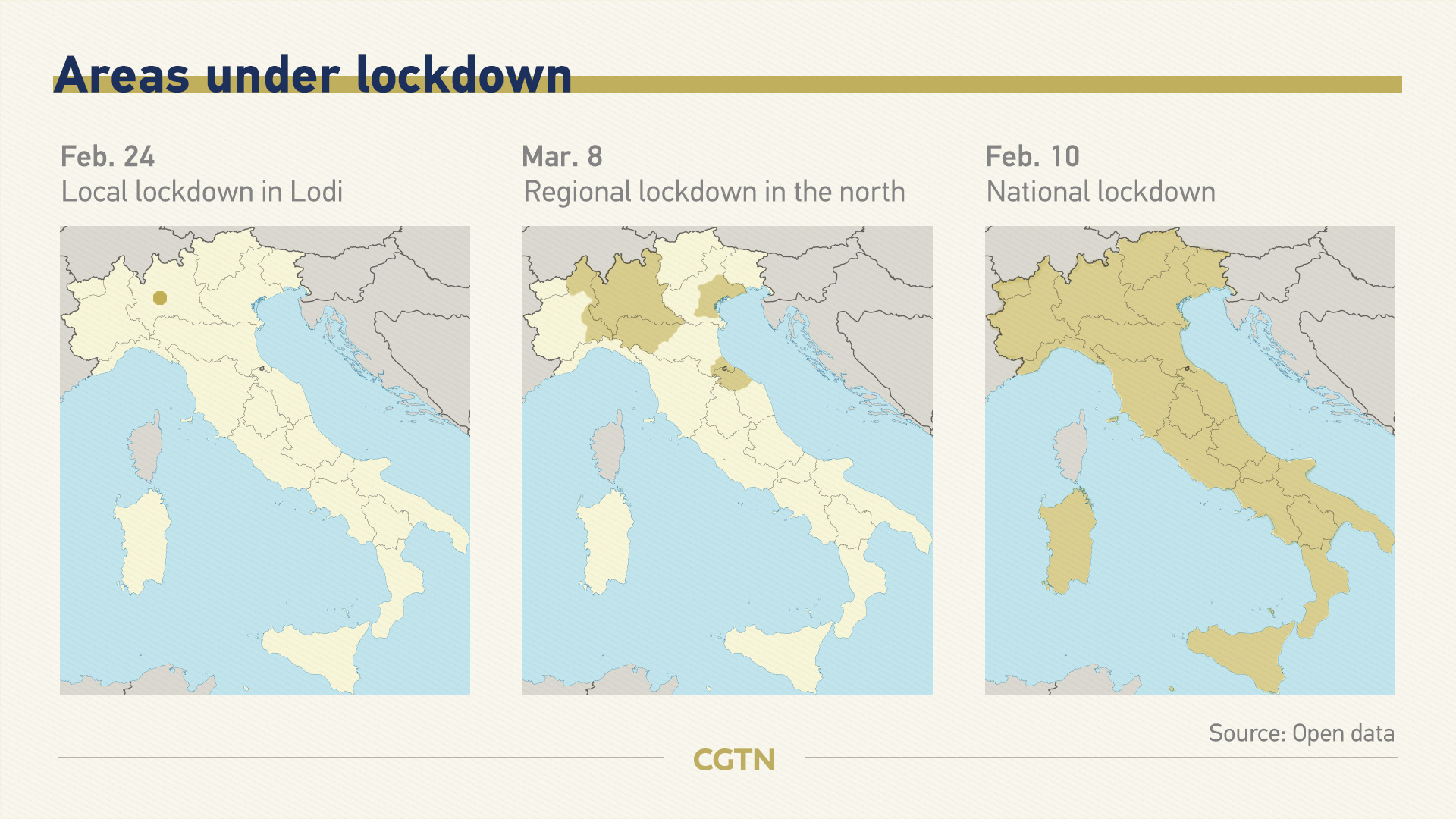 When it started a national lockdown on March 10, Italy was the country worst hit by the COVID-19 outside China, with 9,172 cases out of a population of 60 million. What people in Italy didn't know was that the country was at the beginning of a surge in the number of both cases and deaths.

After a month of lockdown, Italy seems to be on the verge of a turning point of the epidemic. Some experts expected the curve would drop by the end of April, as a result of the measures taken by the Italian authorities. However, doctors in Italy said it was too early to be positive.

"We haven't reached the peak, and we haven't passed it," Silvio Brusaferro, the head of Italy's national health institute, said at a recent news conference.

As far as it goes, the new cases in Italy reached its peak on March 22, with 6,557 daily increase. Since then, the number of newly confirmed cases began to decline. The peak of new deaths came later on March 28, with 971 daily increase. 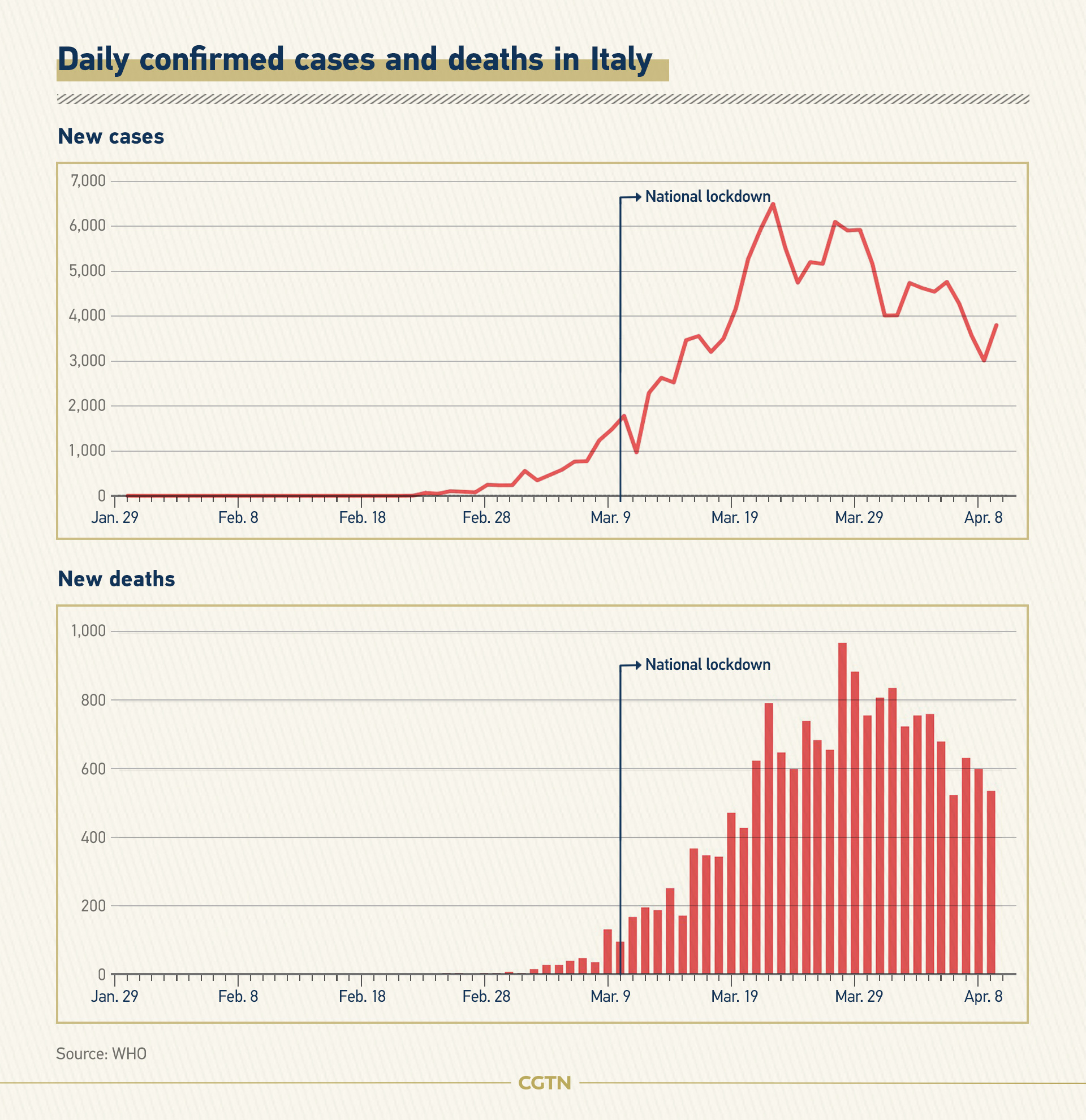 To stop the spread of the coronavirus, testing is important for early detection and quarantine. In Lombardy, for example, the number of people who are tested continues to increase. With a population of 10 million, a total of 176, 953 people were tested as of Thursday – more than 17 people tested per 1,000 residents. Yet it's still not enough. Extensive testing is still favorable for virus control. 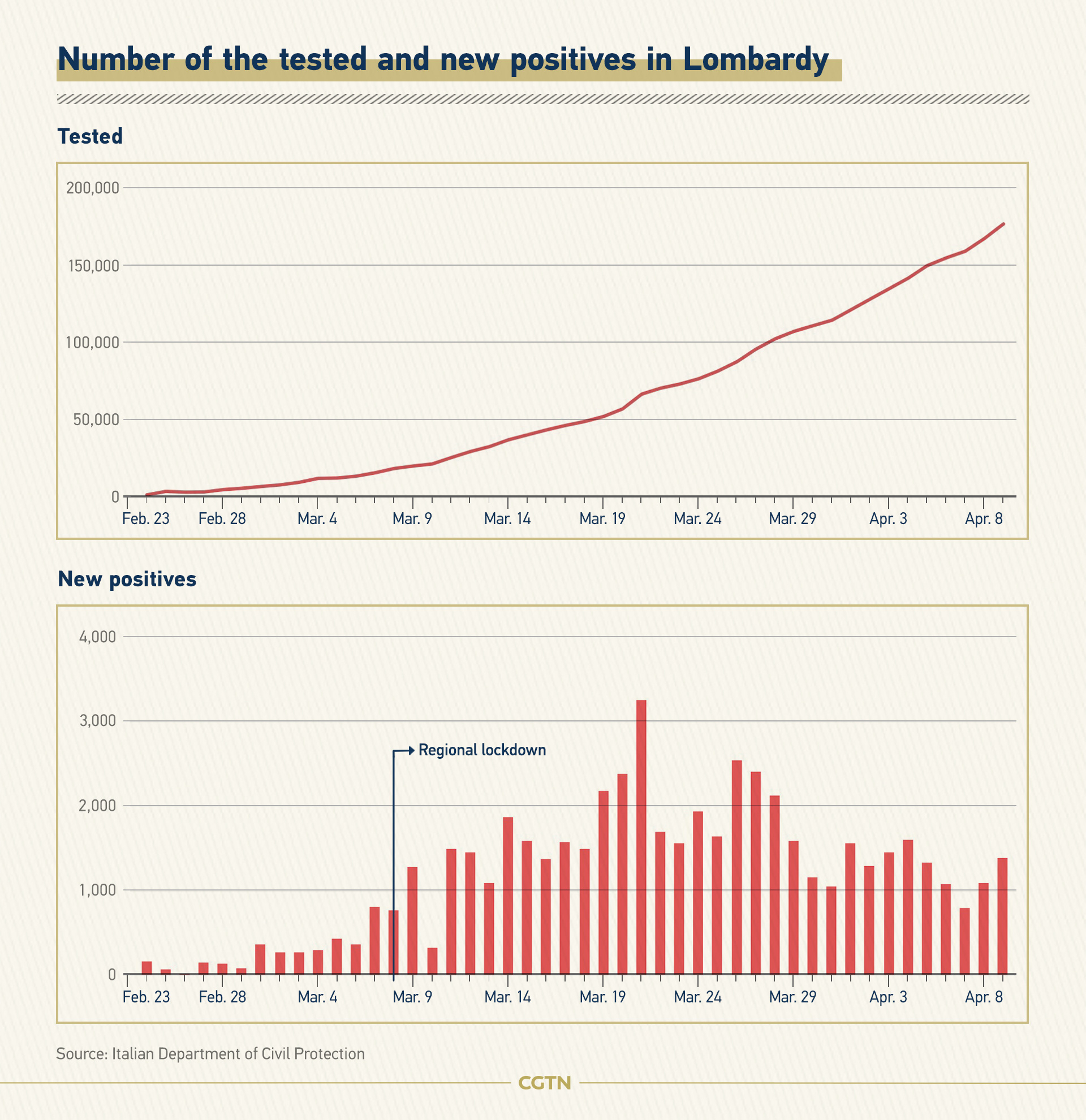 In early March, Europe became the center of the pandemic with rapidly increasing cases. A number of European countries announced border closures to most if not all foreigners, and carried out restrictions on people's movement.

Spain followed Italy's example after four days to become the second European countries to lock down a whole country. It announced on March 14 a 15-day closure nationwide.

France entered a 15-day lockdown at midday on March 17, requiring people to remain at home except for essential outings. 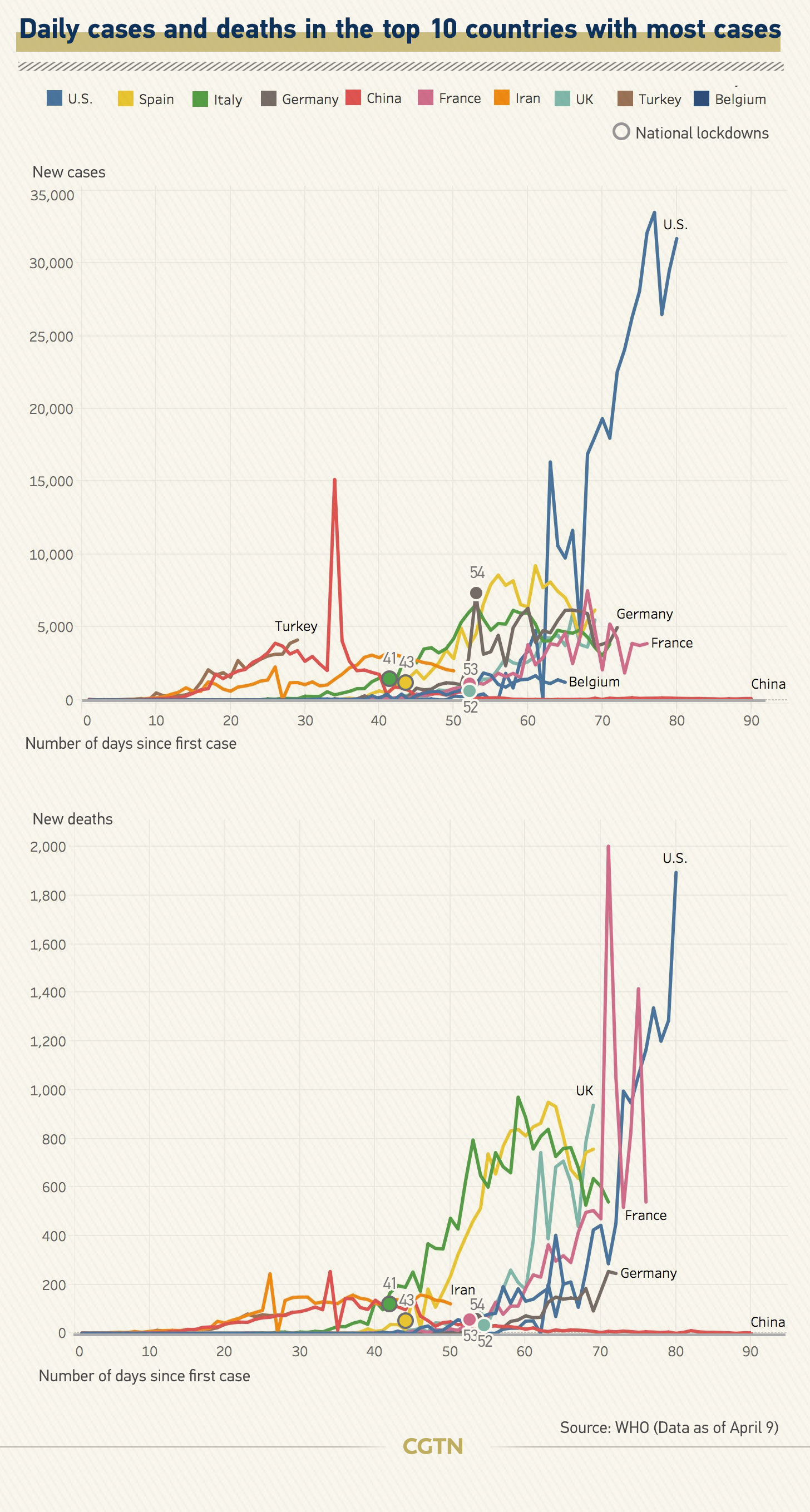 As new confirmed case counts in some European countries begin to plateau or to fall, attention has now shifted to the U.S., where confirmed cases are still seeing an exponential rise.

Two weeks of lockdown: Will the dawn of victory light Italy's darkest hour?