Closer to closest: Sino-Serbian friendship deepened by fighting coronavirus together
By Li Shouen 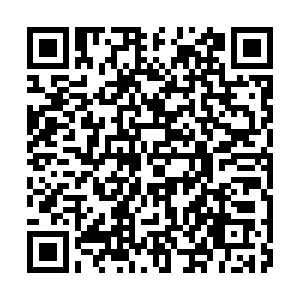 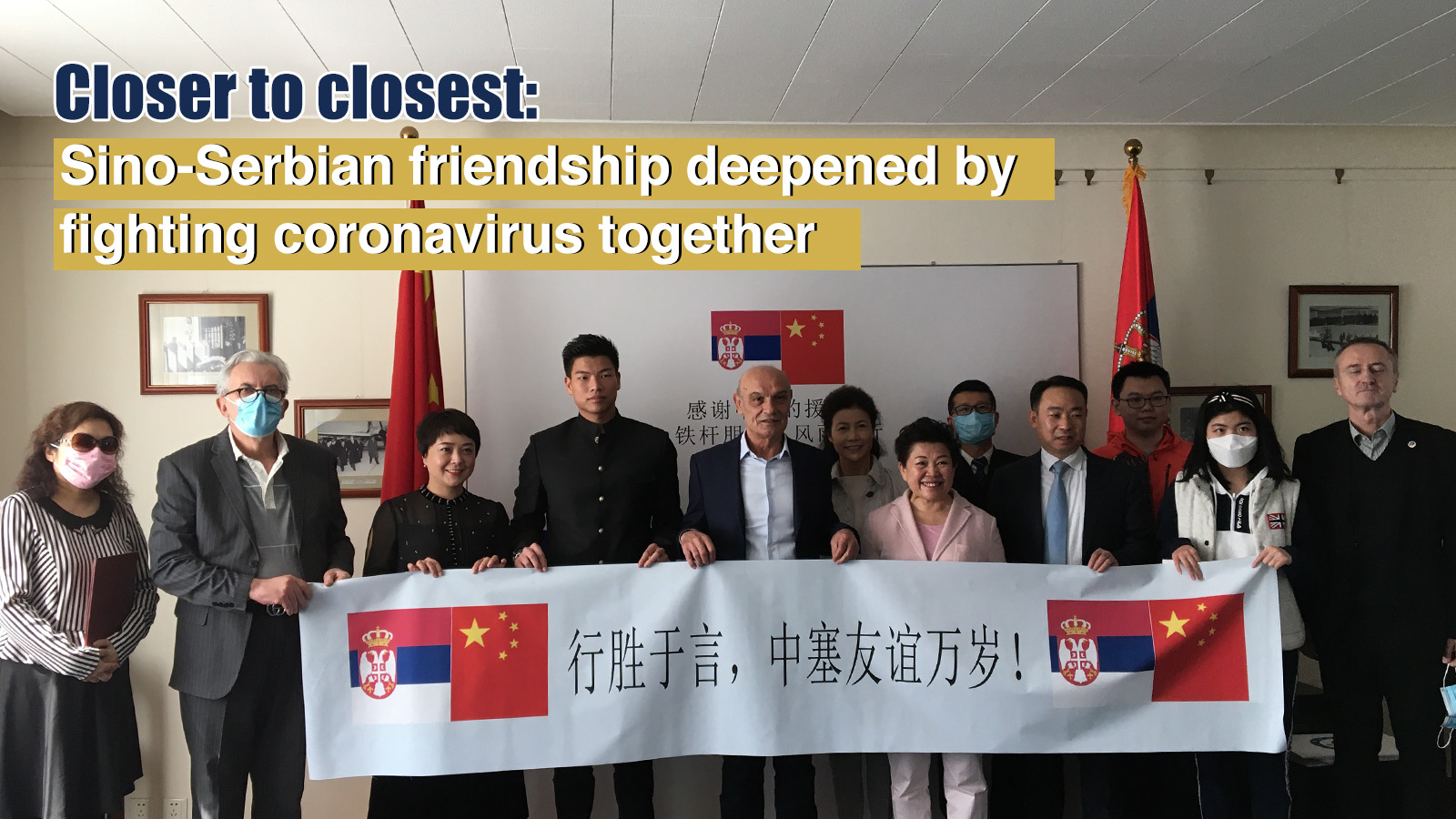 "Serbia is one of the most sincere and biggest friends of China, not only in Europe but also in the world," Milan Bacevic, Serbian ambassador to China, said in an exclusive interview with CGTN Digital. The adage "A friend in need is a friend indeed," is also acknowledged by the two countries.

During the early stages of the COVID-19 outbreak in China, the Serbian government and its people showed their strong support to China. President Aleksandar Vucic wrote a letter to his Chinese counterpart Xi Jinping offering a helping hand to his country's "Chinese Brother."

In February, when China was hardest hit by the virus, Serbia's First Deputy Prime Minister and Minister of Foreign Affairs Ivica Dacic visited China and was the first foreign minister Beijing received after the outbreak of COVID-19 began in late December.

In early March, Serbia reported its first confirmed coronavirus case. At this time, China was still under pressure to control and prevent the virus spread, but it was efficient in providing aid to other nations in need, including Serbia. As the disease is still spreading in Serbia and the number of infected people is climbing, more Chinese donations and aid are still on the way. 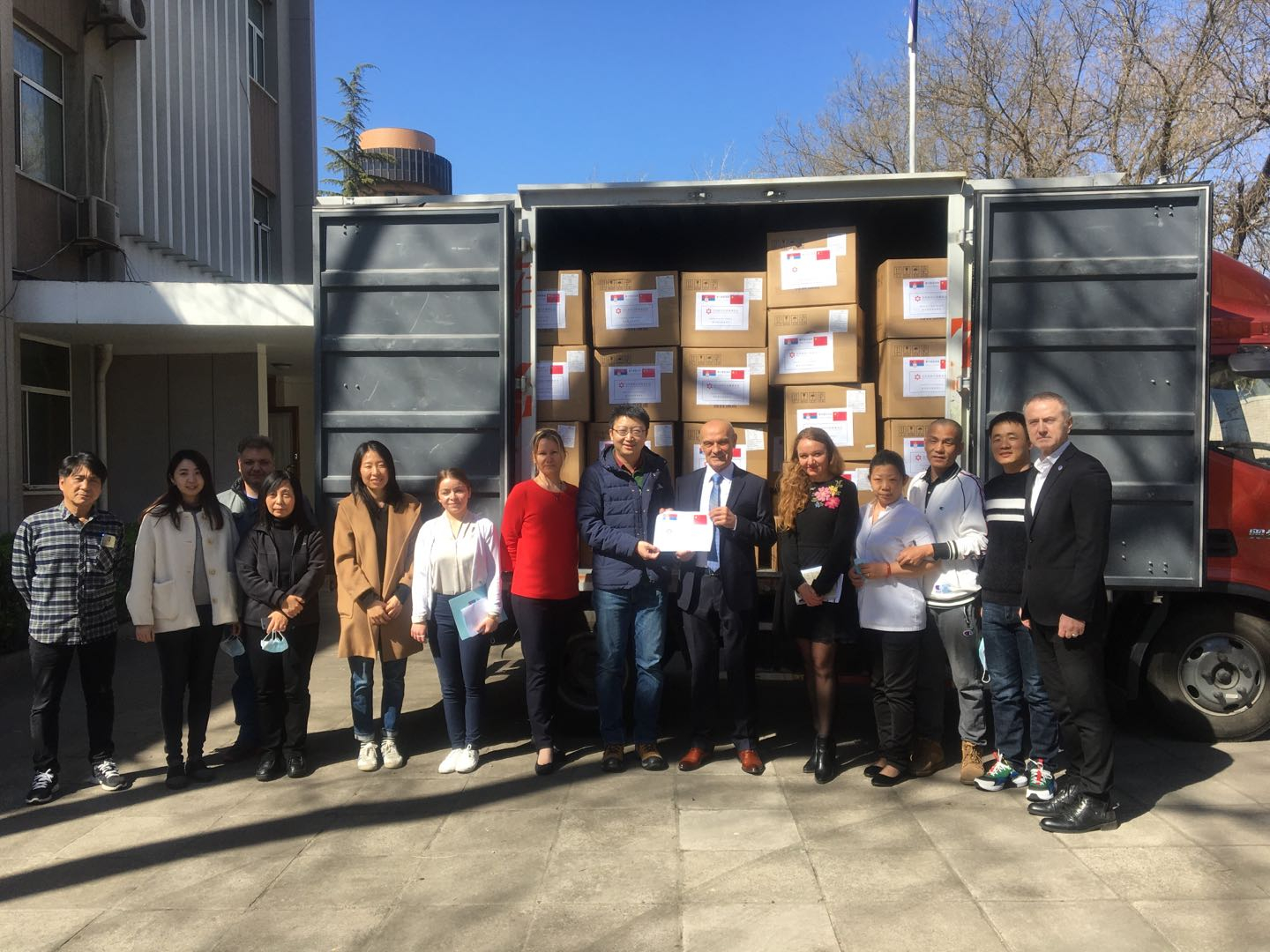 Donations of medical equipment and supplies from Chinese charities and organizations to Serbia, March 27, 2020. /Courtesy Serbian Embassy in China

Donations of medical equipment and supplies from Chinese charities and organizations to Serbia, March 27, 2020. /Courtesy Serbian Embassy in China

During the interview with CGTN, Ambassador Bacevic expressed his gratitude to China and believes that mutual support, especially Beijing's aid to Belgrade in the fight against the common "enemy," will further deepen the two countries' bilateral relationship.

He also thinks that in the fight against the pandemic, China is defending and protecting human lives with its experience, and has achieved results with its struggle. According to the ambassador, China has also shown the world that it not only has economic and technological powers but also is able to protect humanity as a whole.

CGTN: Ambassador Bacevic, can you give us a brief timeline of the disease's spread in your country? What is the situation like now?

Ambassador: Serbia faced with the first coronavirus case in early March, when an infected traveler arrived in the province of Vojvodina in the north of Serbia. That was the first registered case of coronavirus. In the last month, the number of confirmed cases has increased, not in such a fast pace, but it is much higher than what we expected in the early days when infection had just begun.

Having learnt from the Chinese experience, especially from what Hubei Province has gone through, when the virus was detected in Serbia, our reaction was vigilant.

Serbia ordered a nationwide state of emergency and raised its epidemic alert to the level of imminent threat for its citizens. The state of emergency in Serbia is still in force. It is not a popular measure but it is a necessary one to curb the virus and stop the spread of the disease as soon as possible.

The measures that Serbia is undertaking have given fair results, although according to the latest update (as of April 2), there had been 1,171 confirmed cases and 31 deaths.

CGTN: How was the process of coordinating aid from China? Was it very difficult?

Ambassador: The Chinese government reacted very quickly and in a very short time agreed with the Serbian government to send the most necessary aid that was urgently needed in that moment. I stress that the most important factor for us has been the Chinese human resources and the experience of Chinese experts.

Six top Chinese medical experts who have gone through the battle in Wuhan were dispatched to Serbia. Also, China urgently sent us medical equipment and materials. So, thanks to China, Serbia has been firm and well-prepared in its first move to combat the virus and thus did not waste precious time.

At the same time, Chinese companies that carry out important projects in Serbia, especially in the last five years, have shown readiness to help through donations, or in another way by helping even other companies in transport services and collection of humanitarian aid. They have been maintaining communication with our embassy and with the Chinese Ambassador Ms. Chen Bo in Belgrade, searching for the most efficient ways to transport the aid in the shortest time.

We are very grateful to China for every help it has provided and we have to be satisfied with what we have jointly done so far. 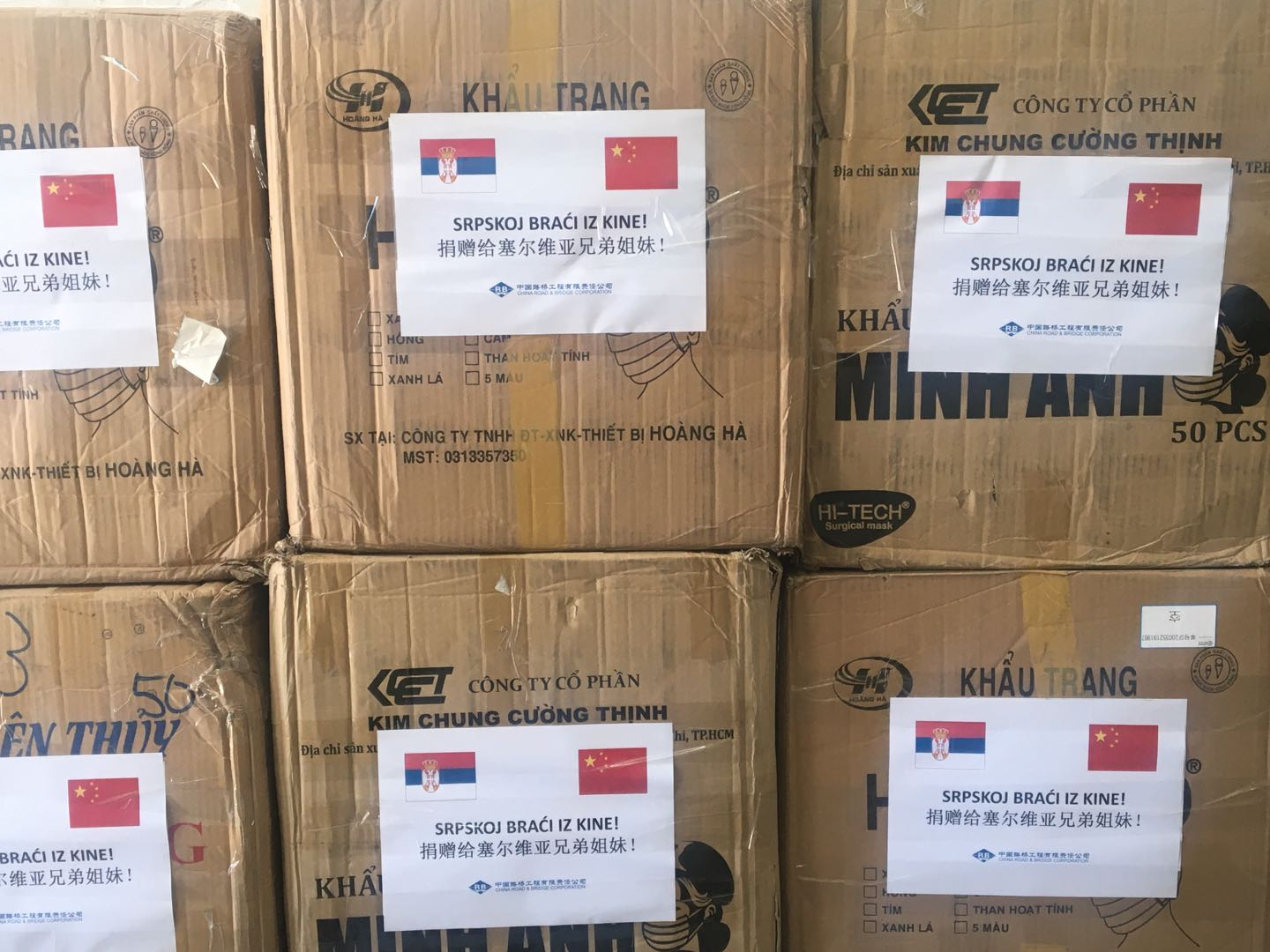 Donations of medical equipment and supplies from Chinese companies and citizens to Serbia, March 23, 2020. /Courtesy Serbian Embassy in China

Donations of medical equipment and supplies from Chinese companies and citizens to Serbia, March 23, 2020. /Courtesy Serbian Embassy in China

CGTN: What has been the reaction among the Serbian people? Have you gotten any feedback from your home country and your people?

Ambassador: Serbia is immensely grateful to China for everything it has done for us. It is not a coincidence that Serbia has been among the first countries in Europe that China has rushed to help. Beyond any doubt, Serbia is one of the most sincere and biggest friends of China not only in Europe but in the world.

There are no countries in the world where one can hear the Chinese national anthem being sung than in Serbia. The Serbian capital was decorated with Chinese flags and billboards with messages of gratitude to the Chinese president, China and its people. At night, Belgrade expressed gratitude by projecting the colors of the Chinese flag. In other inner parts of Serbia, residents celebrated China widely and expressed their gratitude to China.

CGTN: How do you personally feel? What would you say to China and the Chinese people?

Ambassador: I personally feel much richer than six years ago when I arrived in China. Not in the material sense, of course, but in the sense of abundance of new friends that I certainly could not have met if I had not come here.

That is what makes me a 'rich man.'

CGTN: How do you see China-Serbia relations developing, especially after fighting together against the coronavirus epidemic?

Ambassador: Our bilateral relations, I would reiterate, have reached the highest level possible. But I still see additional room for further progress in the fields of economy, culture, sports, and education. We will continue in this direction intensively as we are doing now.

I have to admit that epidemic containment has made us simply take a pause, but this pause will not last long. The epidemic situation in Serbia will subsidy soon and we will strengthen our effort and raise our cooperation to higher levels as much as possible, making the most of our time and energy.

CGTN: As the global COVID-19 situation continues to deteriorate, what do you think the international community should do as a whole?

Ambassador: The occurrence of this virus serves as an ideal opportunity for people to get more serious and closer to each other, sharing difficulties and obstacles alike. It teaches us as well that unscrupulous economic [development] and arms race put nature into a state of imbalance and create conditions in which it is forced to strike back.

The virus that has happened to us is a serious warning to mankind to pay closer attention to solving ecological problems, which I believe can help us search for a solution so the pandemic in the future will not be able to hit us with such severity and frequency like it has so far.

CGTN: How would you describe China's role in and impact on the global fight against the pandemic?

Ambassador: China has been selflessly providing help. China is at the forefront of defending mankind from the pandemic, an enemy that is an equal threat for everyone and every country, regardless of religion, skin color or level of development and political system. China is defending mankind with its experience and with the results of its struggle.

China has had a chance and it knew how to use it to show in an alternative manner its strength, power and influence in the international political arena.

In this fight against the pandemic, it has also shown the world that it not only has economic and technological powers but also is able to protect human lives and society as a whole.