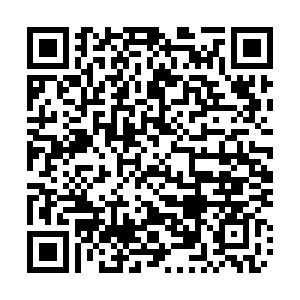 Editor's note: This is the 40th article in the COVID-19 Global Roundup series. Here is the previous one. 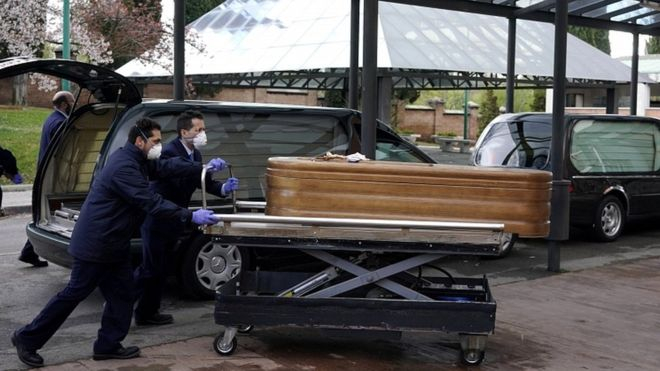 Deaths can be invisible, but coffins are hard to hide. As the coronavirus death toll climbs around the world, nursing homes are bearing the most painful brunt, enveloped by twin crises of mass infection and staffing shortages.

It's difficult to make international comparisons in terms of care home deaths, because of differences in testing availability and policies and approaches to recording the deaths. But some countries whose official data includes those in care settings provide clues to research the death rate in elderly facilities.

In North America, it's reported at least 3,621 deaths in the U.S. have been linked to coronavirus outbreaks in nursing homes and long-term care facilities in the country, but experts say the number is likely much higher because death tolls in most states don't include those who died without being tested for COVID-19. In Canada, deaths in nursing homes makes up almost half of the country's coronavirus deaths. 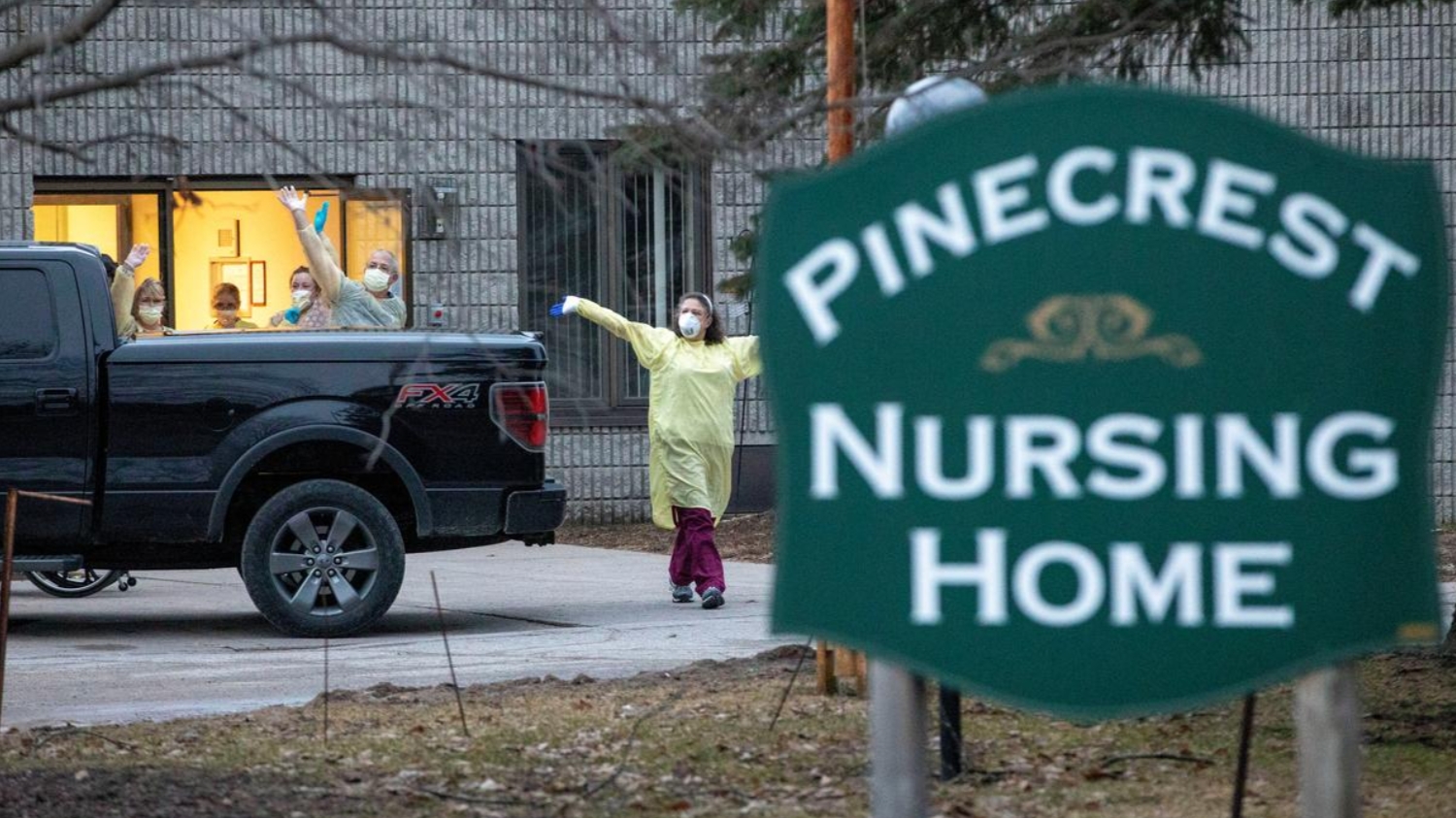 Workers wave at passing cars honking their horns in support of Pinecrest Nursing Home after several residents died and dozens of staff were infected by COVID-19 in Bobcaygeon, Ontario, Canada, March 30, 2020. /Reuters

Workers wave at passing cars honking their horns in support of Pinecrest Nursing Home after several residents died and dozens of staff were infected by COVID-19 in Bobcaygeon, Ontario, Canada, March 30, 2020. /Reuters

Care homes in Canada account for nearly half of the country's death toll.

A retirement home in the town of Bobcaygeon, Ontario, lost nearly half its residents to coronavirus. Twenty-seven of the home's 65 residents have succumbed to the disease, In Quebec, 31 have died in a single home for the elderly since March 31, with residents found unfed, dehydrated and untended to, and those with COVID-19 symptoms not isolated from others.

The incidents have triggered fierce questions about government oversight of private nursing homes, which have become the deadliest COVID-19 hotspots.

The owners of the care facility in Quebec defended themselves by saying they tried to collaborate with local health authorities and asked them for help when COVID-19 spread in the care home. Emails provided by them show confusion and disagreement between the two sides in early April.

Quebec Premier François Legault said staff shortages and lack of funding have been a problem for years, particularly in private institutions. Before the crisis, the province had been working on a funding agreement that would have raised the wages of personal care attendants and other workers at private long-term care institutions.

Legault promised that the province would inspect every long-term care residence, both public and private, to ensure conditions are acceptable. And 450 doctors are being deployed to nursing homes to assist with the crisis.

Canadian health officials have also announced interim infection prevention and control guidance for long-term care facilities. The measures include: restricting visitors, screening at entry, enforcing the use of personal protective equipment, and limiting employees to working in a single facility. But critics say the guidance is certainly not sufficient at this time and it doesn't address the larger systemic issues facing long-term care facilities. 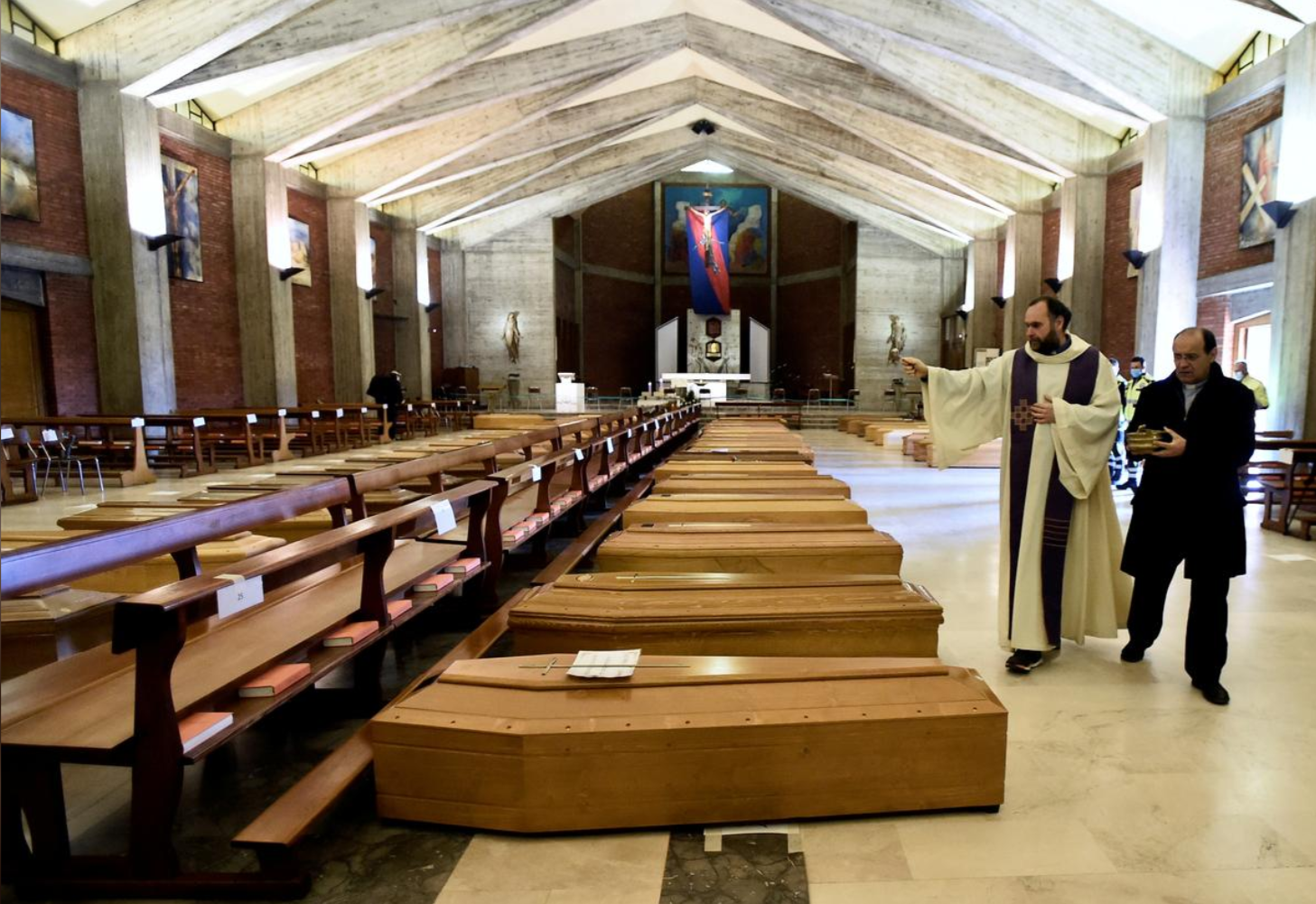 A local priest blesses coffins that have been piling up in a church due to a high number of deaths in Seriate, Italy, March 28, 2020. /Reuters

A local priest blesses coffins that have been piling up in a church due to a high number of deaths in Seriate, Italy, March 28, 2020. /Reuters

BBC reported that hundreds of deaths were found in residential homes in Bergamo in northern Italy, while 83 elderly residents went without food at a home for two days in the south because staff had to go into quarantine.

Celleno, another small Italian village, reported more than 30 cases last week, a big shock for the entire community, which had recorded no confirmed cases of the potentially deadly virus for months.

Experts say Celleno is unlikely to be the last village in Italy to discover the virus has been lurking in nursing homes. Other villages may soon make the same discovery. Nurses and relatives say they believe there has been an unnoticed spike in nursing home deaths, which is not showing up in the official coronavirus statistics.

Italian authorities are now engaged in what they call a "mapping exercise" of the country's residential homes for the elderly, fearing that an unseen surge in fatalities in nursing homes has been happening unnoticed with the old dying untested for the virus, which could reverse Italy's declining numbers of confirmed cases and deaths. 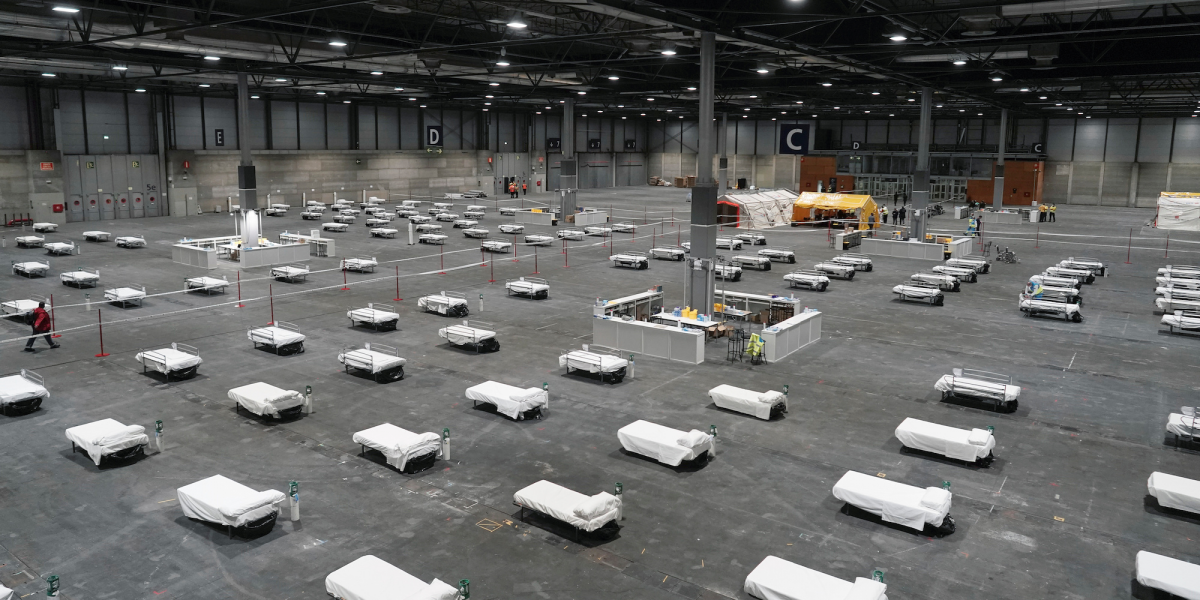 Beds are prepared for coronavirus patients at Madrid's IFEMA conference center, which has been turned into a field hospital. /Reuters

Beds are prepared for coronavirus patients at Madrid's IFEMA conference center, which has been turned into a field hospital. /Reuters

Similar to Italy, Spain is struggling desperately to cope with more than 170,000 coronavirus infections. It barely has the strength to help its overwhelmed care homes and their elderly residents, singularly vulnerable to the respiratory disease.

According to regional leader Isabel Diaz Ayuso, a total of 3,000 deaths were recorded at Madrid nursing homes in the past month, and around 2,000 were likely to have been the result of coronavirus, though it was unclear how many of those appear in official figures due to a lack of testing.

Alarm at runaway death rates in Spain's care homes was first raised at Madrid's Monte Hermoso center, where at least 20 died from coronavirus. El Pais newspaper reported that the infected elderly people died there without proper hospital care. Angry relatives complained that the authorities kept them in the dark for days about the deaths and the contagion situation at the nursing home.

Since then, military units were dispatched to care homes around the country, offering emergency assistance and disinfecting more than 1,300 centers.

However, when soldiers were sent to disinfect retirement homes, they in several instances found some older people completely abandoned, and sometimes even dead in their beds. Caretakers have walked out on the job in several homes with coronavirus cases. In a home in Alcoi, near Alicante, 26 out of 130 residents died.

Jose Manuel Ramírez, the president of the Association of Social Services Directors and Managers, came to the defense of the staff members, saying they were working in dangerous conditions without enough protective gear and medical resources.

Normally, Spanish care homes put bodies in cold storage before collection by funeral services. But now, when the cause of death is thought to be linked to the coronavirus, care workers are instructed to leave the bodies to be collected by properly equipped funeral staff, which can take up to 24 hours in Madrid. 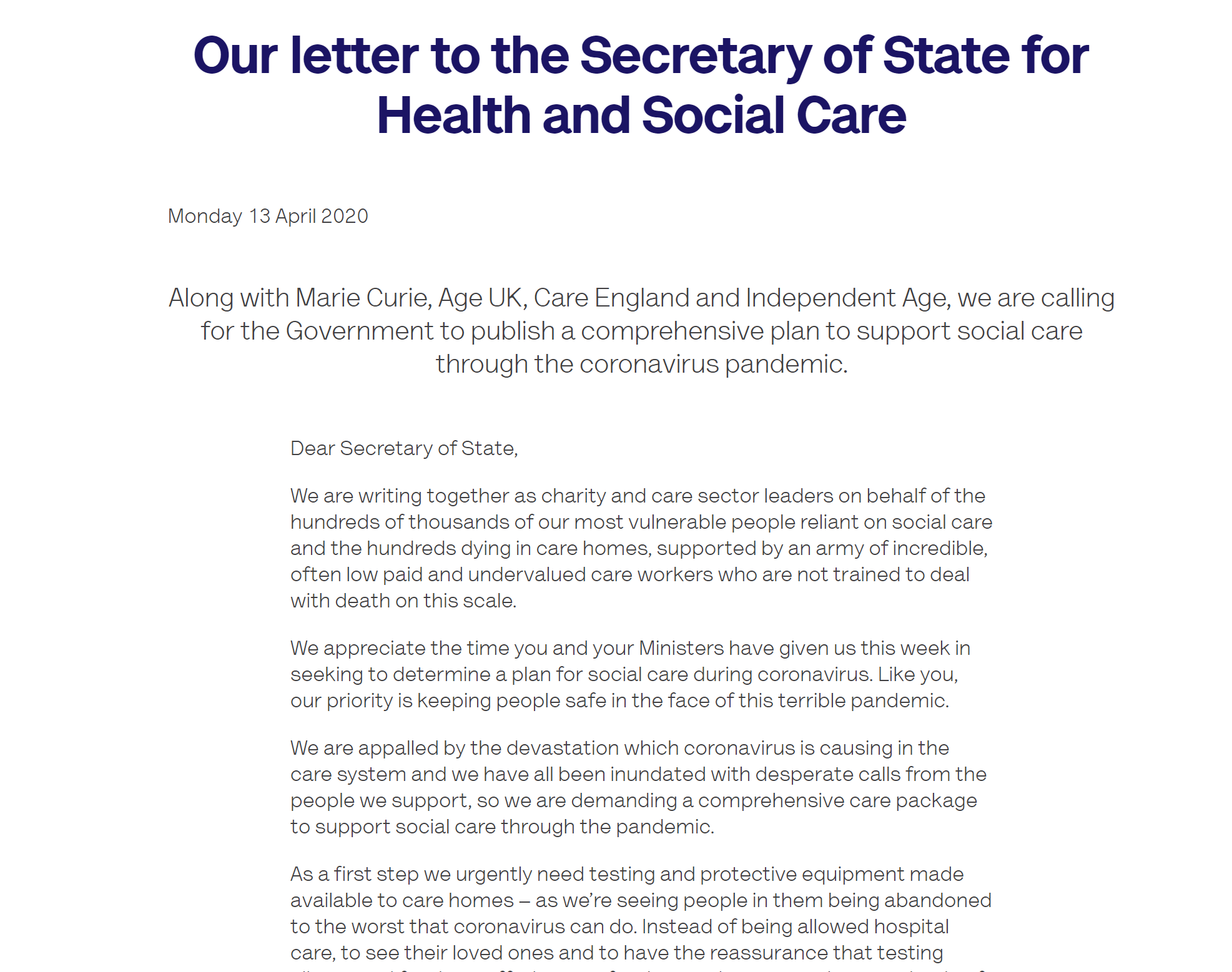 A screenshot of the letter written by industry leaders from Age UK to the secretary of state, asking for help to support care homes.

A screenshot of the letter written by industry leaders from Age UK to the secretary of state, asking for help to support care homes.

The UK government now is being criticized for only reporting people who die in hospitals, but not those in care homes or in their own homes. Officials say the reason is that collecting daily deaths in hospitals is "accurate and quick."

The latest figures from the Office for National Statistics, which include every community death linked to COVID-19 in England and Wales, showed a total of 406 such deaths registered up to April 3 had occurred outside of hospitals. That would have added an extra 11 percent to the official UK figures, based solely on deaths in hospitals that were being reported at that time. However, Care England has estimated there have been nearly 1,000 deaths from coronavirus in care homes.

Former work and pensions minister Baroness Altmann said that "one or two" people in care homes had said to her they felt as though older people are being treated "like lambs to the slaughter." She added that care homes are left without protective equipment and testing, which was denied by Work and Pensions Secretary Therese Coffey, who claimed that PPE was being delivered to over 26,000 care settings across the country including care homes, home care providers and also hospices.

"Care homes are places where physical distancing is almost impossible. It's like a perfect storm: a susceptible population, not being able to implement the measures and the staff are not well supported and trained enough. Many of the staff are care assistants with very little medical knowledge," Adelina Comas-Herrera, an assistant professional research fellow in the Care Policy and Evaluation Center at London School of Economics, told the Guardian.

Industry leaders from Age UK have written to the secretary of state, asking for a comprehensive care package to support social care through the pandemic. The package they asked for included medical equipment, care home staff and a daily update on deaths in the care system. 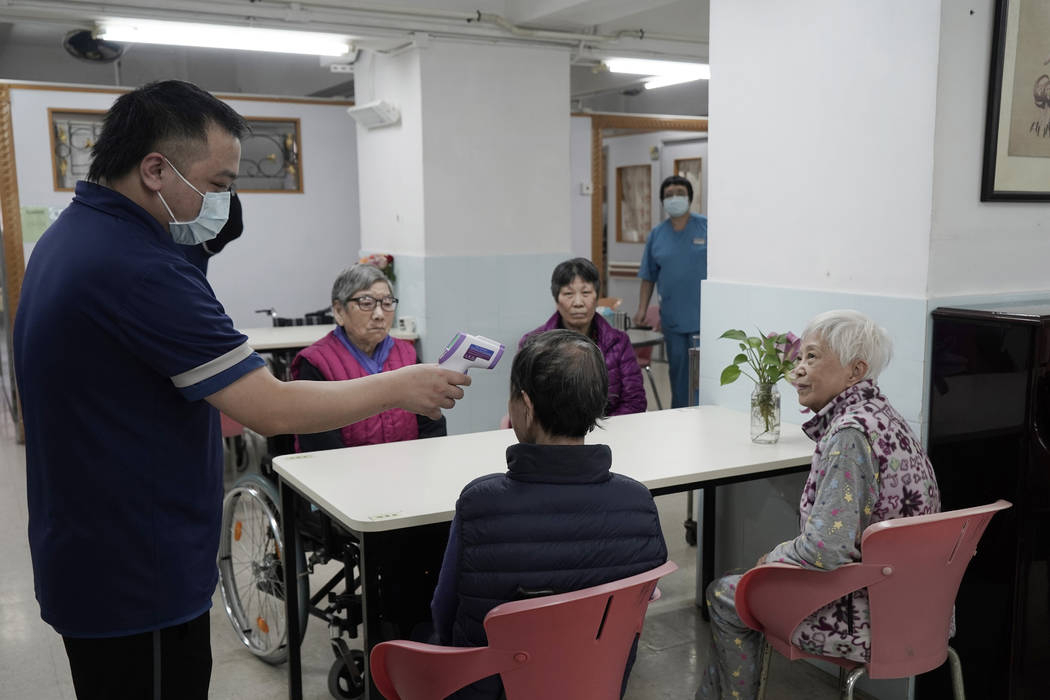 Facing a lack of testing kits, funds, care staff and medical resources, nursing homes in any country would face difficulties, especially during a pandemic.

Nursing homes in China, especially in Wuhan, also bore the brunt of the abrupt outbreak. But before the city shut down, most nursing homes sniffed the danger and closed their facilities, banning visitors and trips outside by residents. Those who need to go outside to see doctors cannot return to the nursing home; they're required to quarantine for 14 days either at home or at a hospital.

When the first batch of confirmed cases was reported in several nursing homes in Wuhan, one to two volunteers or medics were distributed by the local government to every nursing home, providing elders with help, such as purchasing medicine and coordinating services between the homes, hospitals and local government.

However, despite the tough measures taken to protect nursing homes in Wuhan, elders and their families still faced heart-wrenching challenges.

Click here to see what happened in nursing homes in Wuhan.