How are world leaders living through COVID-19?
By Le Tian 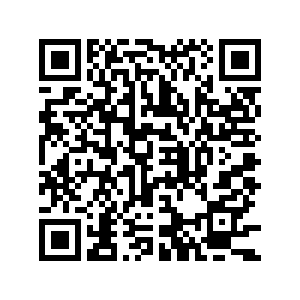 The coronavirus knows neither borders nor race. It does not care what your social status is or how much money you have in the bank.

As the COVID-19 pandemic has swept across the world, it has also "invaded" many countries' political backbones with at least 100 senior politicians contracting the virus.

World leaders, like billions of people around the globe, have seen their lives upended.

How are leaders living through the pandemic period? Here are a few examples. 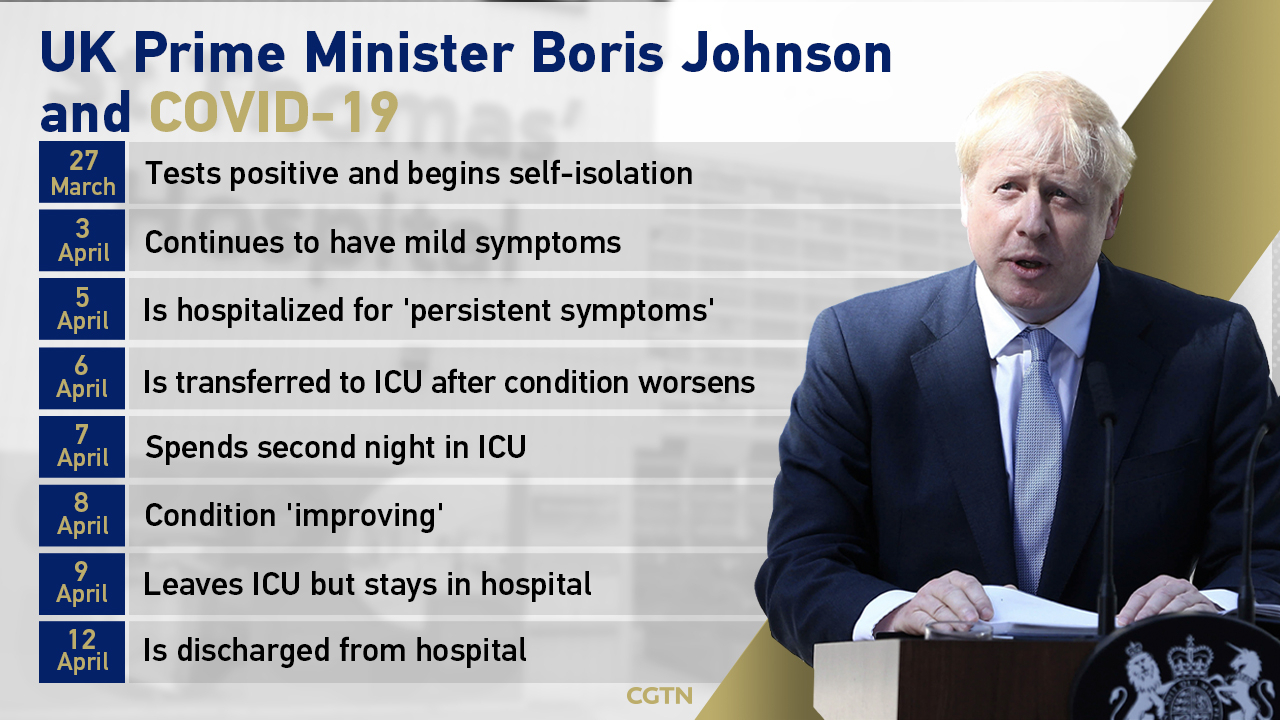 UK Prime Minister Boris Johnson was the first world leader to test positive for COVID-19. Concern over Johnson's condition escalated last week when the British leader was admitted to an ICU in London to fight the illness.

On a personal level, Johnson did not appear to take the virus seriously in the initial stages of the outbreak.

At a March 3 press conference after meeting COVID-19 patients in a hospital, the prime minister said "I continue to shake hands."

He insisted that rigorous hand-washing was the best defense and still held meetings in person even after his government ordered the public to stay at home.

Johnson revealed his infection on March 27, saying he had developed mild symptoms and started seven days of self-isolation.

However, the Conservative leader still made a public appearance on April 2, standing in front of door of No.11 Downing Street and expressing appreciation for healthcare works.

He was subsequently admitted to hospital for observation and received intensive care, including oxygen support, from April 5.

Although the government's spokesperson repeatedly told the public that the prime minister was in stable condition, Johnson revealed "things could have gone either way" as he was discharged from hospital on April 12.

The prime minister is now continuing his recovery at Chequers and will not immediately return to work.

U.S. President: Signature rallies are off 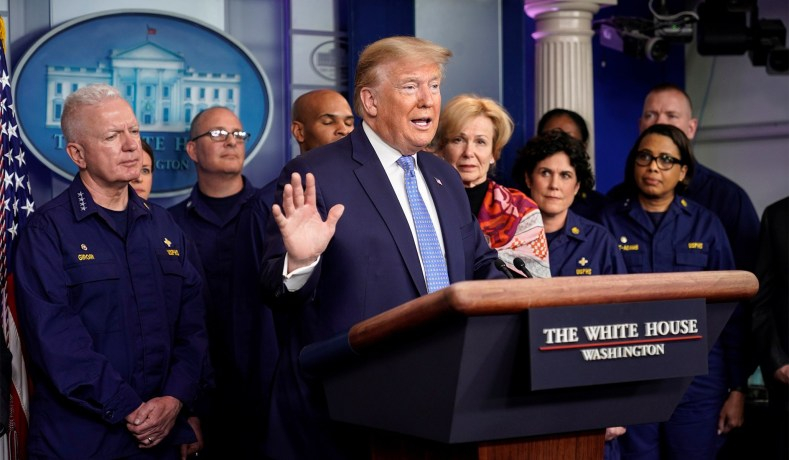 President Donald Trump speaks during a news briefing on the administration's response to COVID-19 at the White House, Washington, March 15, 2020. /Reuters

President Donald Trump speaks during a news briefing on the administration's response to COVID-19 at the White House, Washington, March 15, 2020. /Reuters

The biggest change the pandemic brought to U.S. President Donald Trump's life was the suspension of several campaign rallies across the country.

He hasn't been cheered by a crowd in an arena for more than a month, and hasn't enjoyed his regular Mar-a-Lago weekends or rounds of golf. Other than visiting a Virginia naval station at the end of March, Trump has remained in Washington, mainly at the White House.

Some U.S. media commented the president, who is seeking re-election in November, is turning his now daily press conferences into campaign events.

Although he told the public to avoid crowds and practice social distancing, the president is always surrounded by a group of experts and senior officials when he appears in the White House press room.

The president, who has tested negative twice, continues to tweet and accept interviews on Fox News as usual. 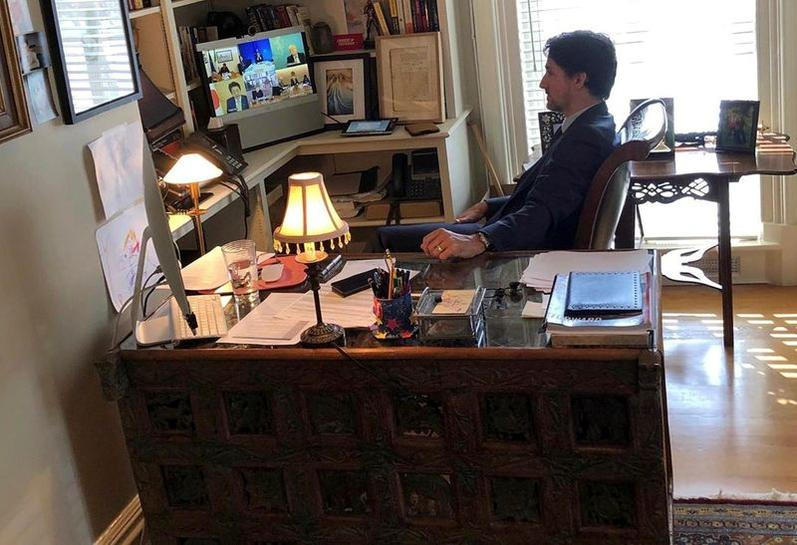 Canada's Prime Minister Justin Trudeau speaks with G7 leaders during a teleconference while under self-isolation, at his home in Ottawa, Ontario, Canada, March 16, 2020. /Reuters

Canada's Prime Minister Justin Trudeau speaks with G7 leaders during a teleconference while under self-isolation, at his home in Ottawa, Ontario, Canada, March 16, 2020. /Reuters

As his wife quarantined in one part of the house, Trudeau took the responsibility to look after their three young kids full time.

The Canadian leader was burning the candle at both ends, like many parents around the world who are now working from home.

His senior adviser Ben Chin said the prime minster was once late for an evening phone meeting because he was giving his kids a bath.

"You could hear the kids running around laughing, and playing in the background, and coming over saying, 'Come on daddy, let's do this'," Chin added.

Trudeau answered, "Daddy's on an important phone call right now. I can't do that."

He also sat in his home office to attend the G7 video conference, with his children's paintings stuck to the wall beside him.

After Trudeau's wife recovered and took the children to Harrington Lake, an official retreat for Canadian leaders, the prime minister made his first public outing on April 8 to attend a cabinet meeting on Parliament Hill. However, he said he would continue to work from home as most Canadians do.

German Chancellor: Back to office after ending quarantine 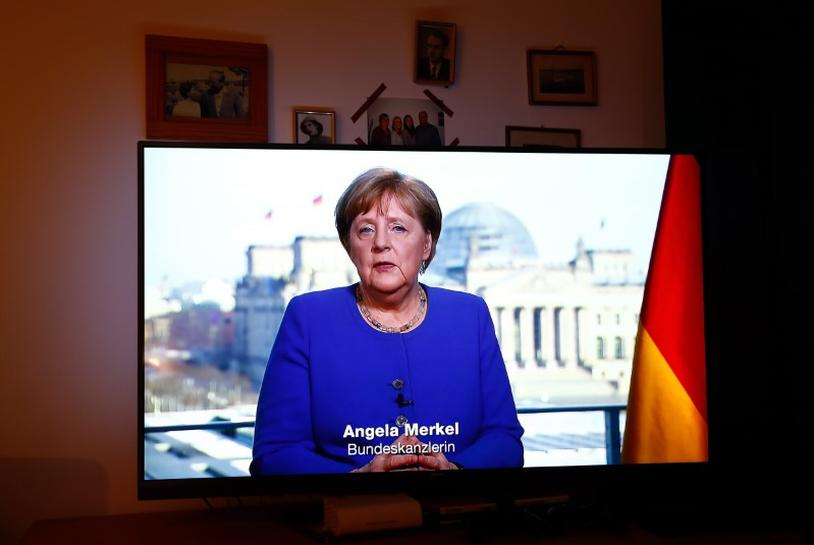 The 65-year-old had been isolating at home since 22 March after a doctor who had vaccinated her against pneumococcal infection tested positive for COVID-19.

According to a government spokesperson, Merkel has been tested several times and all the results were negative.

During the self-isolation period, the German leader held government meetings via video link. 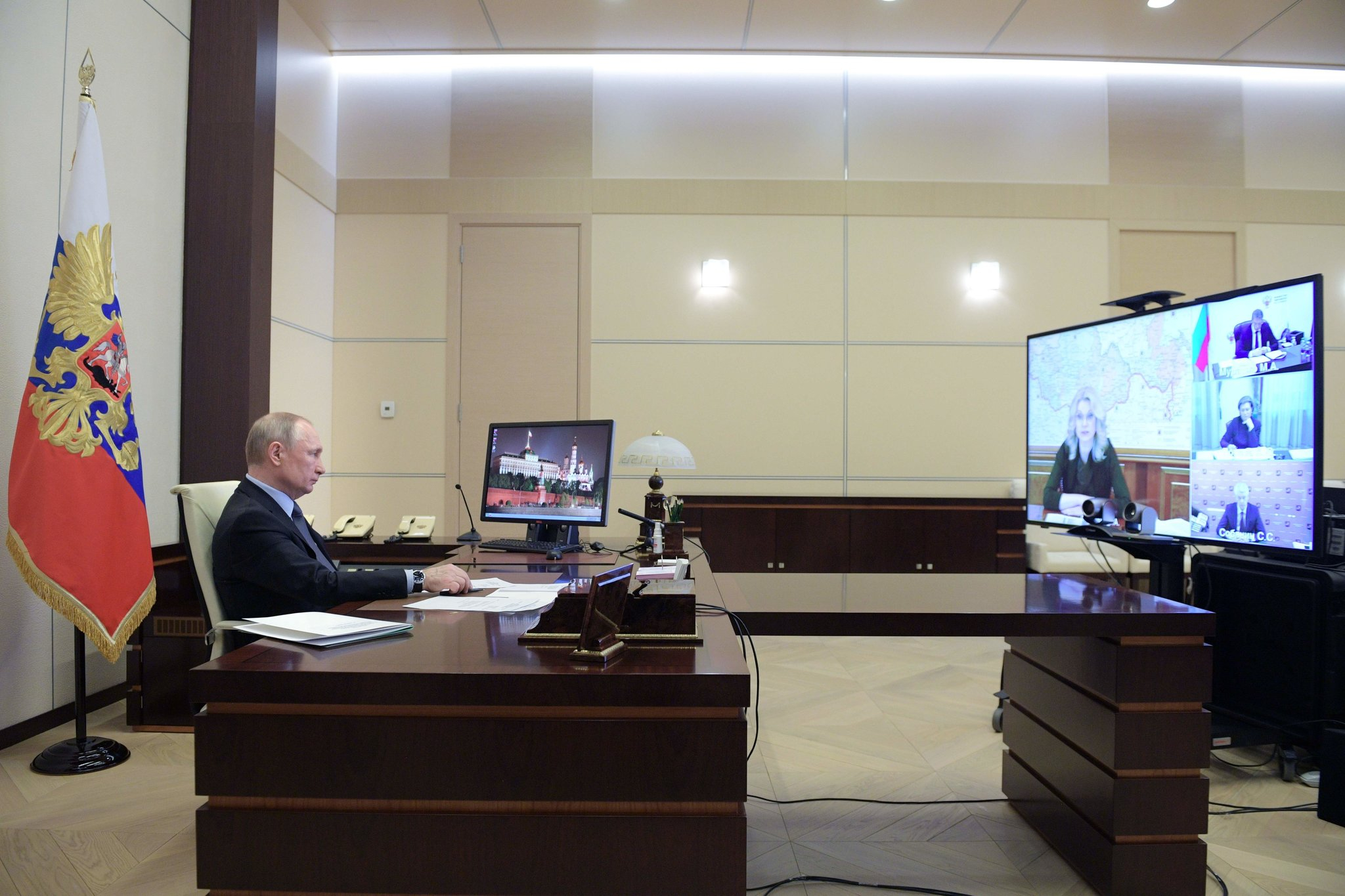 Russian President Vladimir Putin switched to remote work mode in April. Everyone working with him is regularly tested for COVID-19.

According to his spokesman Dmitry Peskov, encrypted communication channels are used for Putin's teleconferences as he is working at a presidential residence.

The president is also strictly maintaining social distancing, said Peskov, adding that the Putin does not shake hands with people he meets.

The spokesman said the president's schedule is even more intensive than usual. 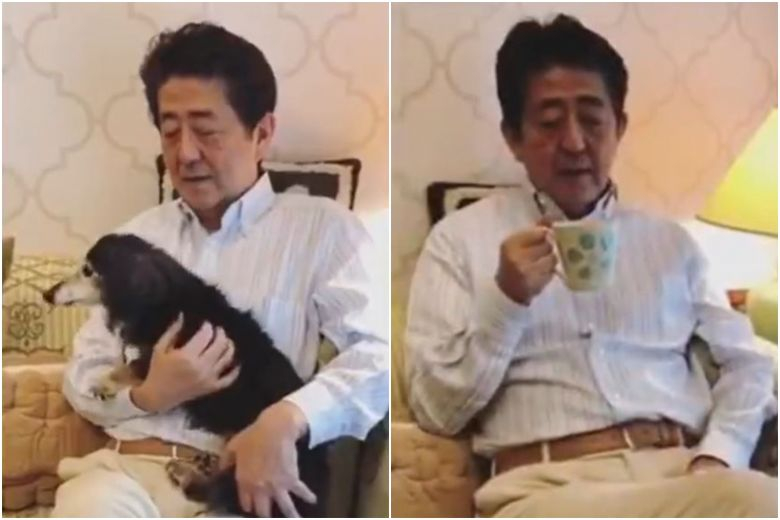 Japanese Prime Minister Shinzo Abe shares a video of himself lounging on a sofa with his dog, drinking tea. /Screenshot from Abe's twitter

Japanese Prime Minister Shinzo Abe shares a video of himself lounging on a sofa with his dog, drinking tea. /Screenshot from Abe's twitter

Prime Minister Shinzo Abe posted a video of himself relaxing at home on Sunday, aiming to reinforce the message that the public should "stay at home" as large parts of Japan entered a first weekend under a state of emergency.

"We can't see our friends or go out drinking. However, such (staying at home) actions are saving many lives and relieves the strain on healthcare professionals who are facing very challenging circumstances," tweeted Abe along with the video. "Thanks to every single individual for their cooperation." 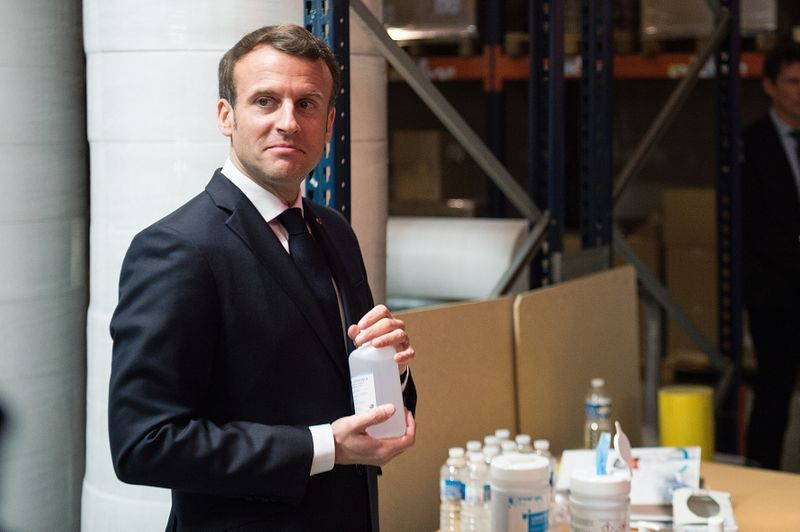 French President Emmanuel Macron washes his hands with sanitizer after a visit to the Kolmi-Hopen protective face masks factory in Saint-Barthelemy-d'Anjou near Angers, France, March 31, 2020. /Reuters

French President Emmanuel Macron washes his hands with sanitizer after a visit to the Kolmi-Hopen protective face masks factory in Saint-Barthelemy-d'Anjou near Angers, France, March 31, 2020. /Reuters

French President Emmanuel Macron, who on Monday extended the national lockdown until May 11, has no plans to self-isolate despite the country's culture minister, several lawmakers and some of his entourage testing positive for coronavirus.

Ninety percent of workers at the Elysee Palace have been sent home and the government hasn't announced if the president himself has had a COVID-19 test.

Macron has put the country on a wartime footing and the president is seen on the front line, meeting researchers and workers without wearing a mask, except in hospitals.

The French leader gave up cheek-kissing and handshaking when greeting people and has been pictured several times washing his hands with sanitizer.