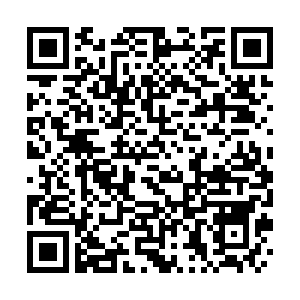 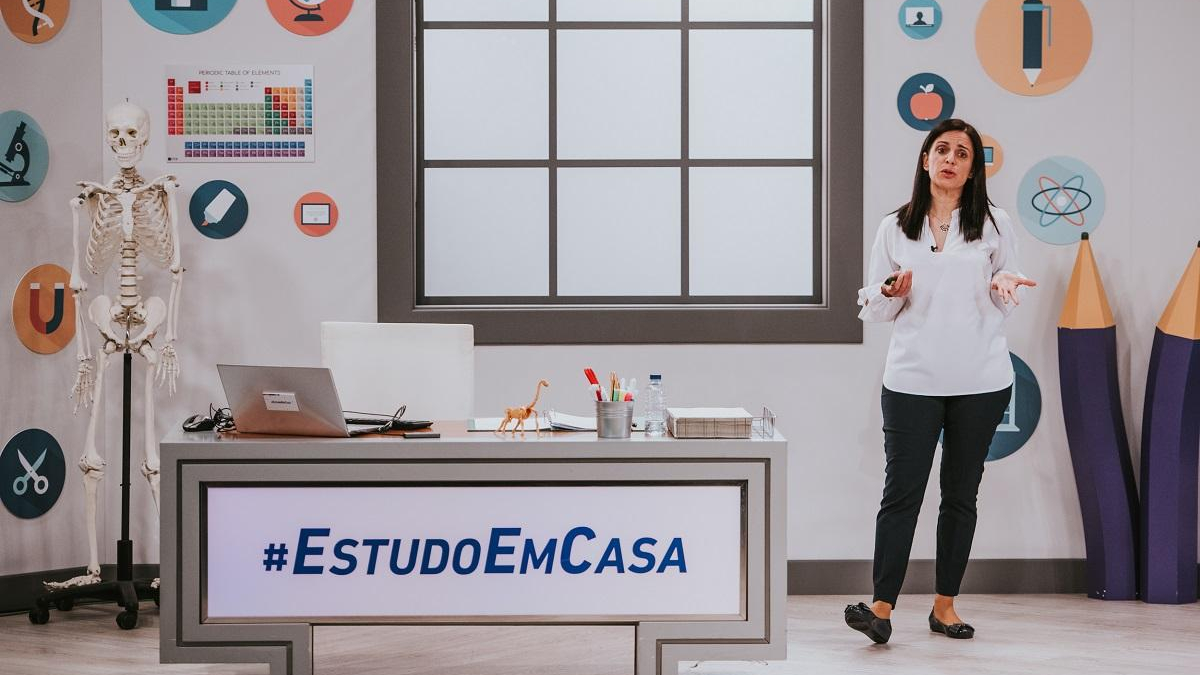 A teacher on the #StudyAtHome set. /RTP

A teacher on the #StudyAtHome set. /RTP

It might not be the most modern technological outlet, but televisions are still a fixed feature in almost every household, even in these times, when everything from news to entertainment reaches citizens on smartphones and laptops. But what about low-income families that don't have computers or stable and unlimited internet connections?

During this time of mandatory isolation, millions of children and teenagers are studying from home, and most schools had to adapt quickly to the new reality of online classes, but still, some students can be left out, with their education put at risk.

To tackle this situation, the Portuguese government opted for the revival and adaptation of an old program that can reach every student at home, the "teleschool." This means that besides online classes, students will also have classes transmitted on public television. The project is going on screen on April 20.

"There are students without access to digital platforms, so we needed a new offer that reached everyone. For this reason, we created the #StudyAtHome," said Prime Minister Antonio Costa in a visit to the TV studio/classroom on April 15.

"This is a school with today's subjects and technologies reaching every single household to complement the teachers' work, and be more accessible to those who don't have digital tools," he said, according to the official press release.

In a previous statement to TV channel RTP, Minister of Education Tiago Brandao Rodrigues noted that "as it is not possible to reach all students through the most technological means, we will be able to do it by the most traditional means."

The minister stressed that if necessity calls, teacher's communications and worksheets will be delivered to the students by mail, but no one will be left out. 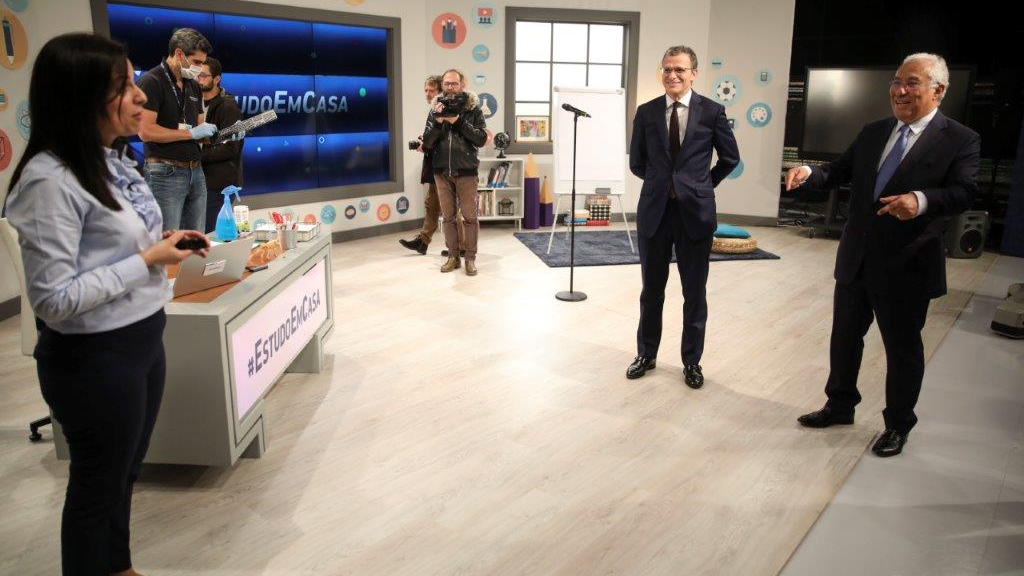 The television is a "universal access channel" and those classes will also be available online. For this, the government partnered with YouTube and Thumb Media to create a platform with five channels, one for each of the five education levels.

The study at home (#EstudoEmCasa in Portuguese) TV transmissions run Monday to Friday, from 9 a.m. to 5:50 p.m., featuring 30-minute classes and 10-minute breaks. History, English, Spanish, French, Science and Physics-Chemistry are on the grid.

The teleschool was first launched in 1963. "This was the first systematic use of the media in the formal educational context. Its use was a way of meeting the shortage of teachers needed to put in practice increased compulsory education," Lidia Grave-Resendes and Alda Nunes explained.

Later, the model changed to VHS tapes. Each class had a specific transmission calendar and tests were made at the same time across the country.

Today, it can't be replicated because there are more subjects. But this new solution is certainly inspired by it.

Out of the ordinary term

This is a temporary goodbye to schoolrooms and face-to-face questions, but a necessary one.

The new school term started on April 14, but the pandemic left them no choice but to be creative. Nurseries and kindergartens will remain closed for the foreseeable future. Primary to 10th grade classes are on a distance learning basis.

If the pandemic allows it, 11 and 12th grade students might return to classrooms in May with mandatory use of masks.

Know more: China's e-learning revolution in the time of coronavirus

If this happens, they will only attend classes for subjects in which the national unified exam is required for university entrance. For example, studying medicine requires national unified exams for biology and geology, physics and chemistry, and mathematics, so students applying only need to do those exams and take those classes; other subjects will not be available on-site.

The grades they have in those exams will count exclusively for university access, and not for the average school year grade.

With the school calendar extended to June 26, teachers should evaluate efforts made in previous terms and consider this term's special conditions. But students don't get a "free pass;" they can still flunk a class.

Even without classes, public schools can still be a safe harbor in these troubling times. For one, they are open to children from frontline workers, like medics, nurses and security forces. Second, their canteens are up and running, providing meals to students from disadvantaged families.

Before Easter break, students completely covered by schools' social programs already had had access to meals, but now, others partially covered will also have it. Canteens will continue to operate until the end of the school year, reported daily newspaper Publico.

Data from the Education Ministry indicates that before Easter, schools were serving an average of 10,000 meals a day in a universe of 1.5 million students. Not a big number, but significant in its meaning. A total of 700 schools in a total of 811 school districts are providing this service that varies between food baskets, take-away meals and on-site meals.