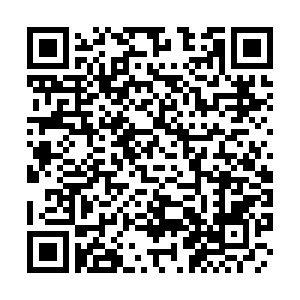 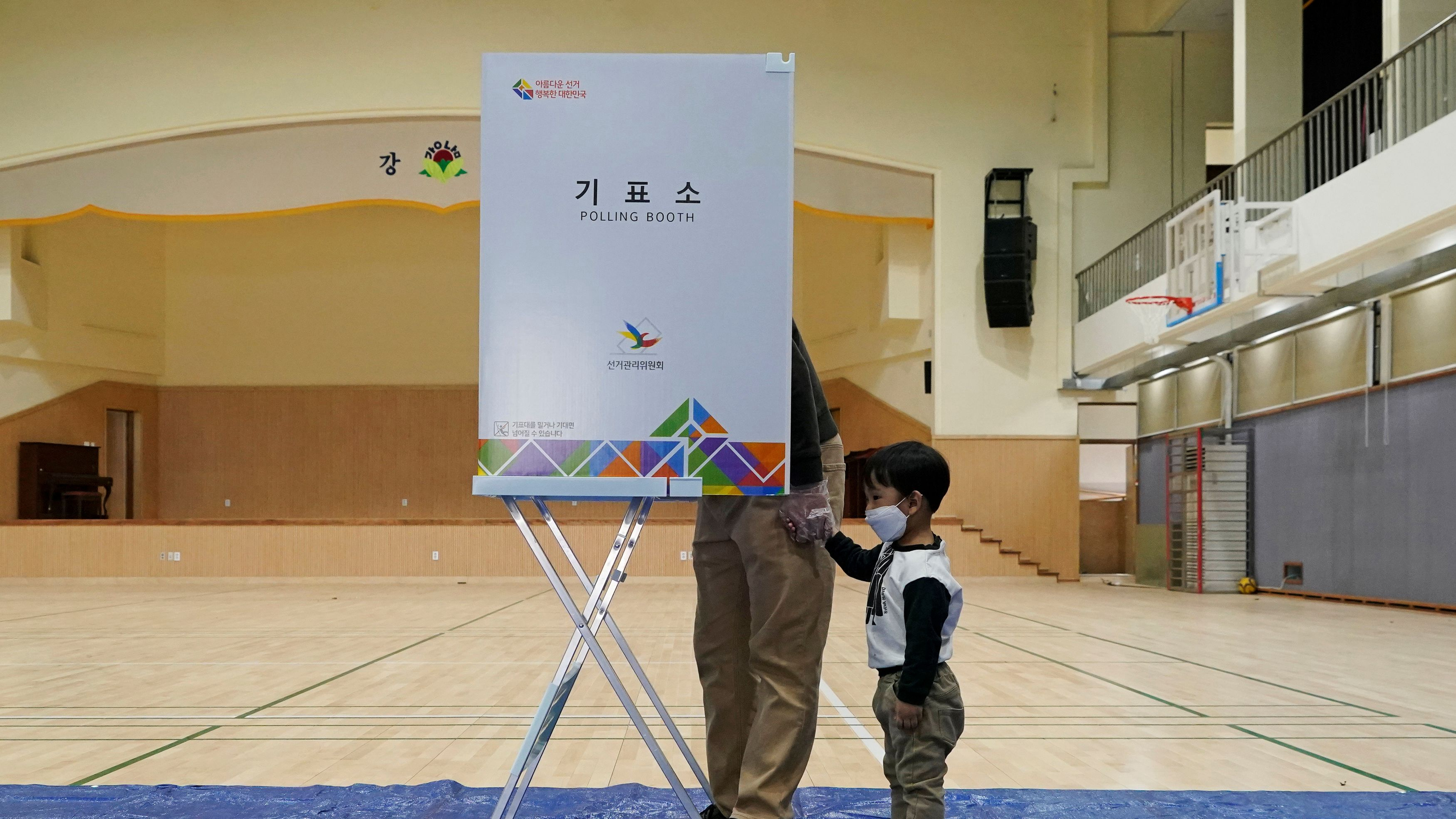 The ruling party of the Republic of Korea (ROK) won a landslide victory in the country's parliamentary election on Wednesday thanks to its handling of the coronavirus pandemic.

The 300-seat National Assembly election was widely viewed as a mid-term referendum for President Moon Jae-in who has been struggling to turn around an economic slowdown and troubled inter-Korean relations.

Before the pandemic, Moon's popularity had been falling and there was also criticism of his government's immediate response to the crisis which saw infections peak at more than 900 a day on February 29.

Since then the government's push for mass screenings while simultaneously avoiding lockdowns or mass business closures has seen new infections fall below 30 a day, all of which has drawn widespread praise among a majority of voters.

"As our media and the foreign media say, the government seems to be doing its best for the safety of its citizens.  It is unparalleled in previous administrations," said voter Cho Jung-woo as he waited to cast a ballot at one of the country's 14,000 polling stations on Wednesday.

"I think our government is better at dealing with this than any other country in the world," said Cho Sang-jung after receiving a temperature check and mask inspection that all voters had to pass through before being allowed inside polling stations. 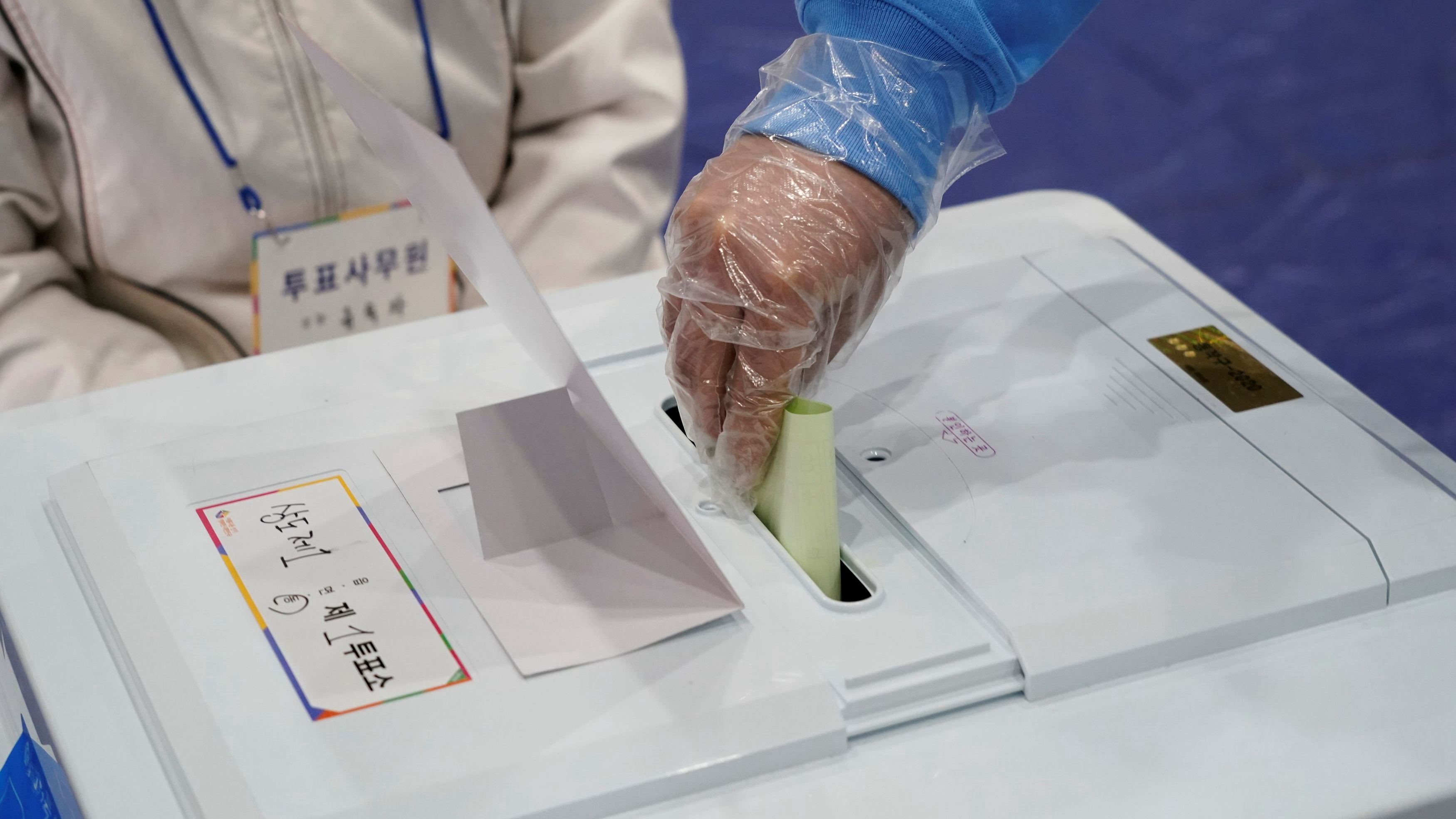 A voter wearing plastic gloves casts a ballot at a polling station during the parliamentary election, amid the coronavirus disease pandemic, Seoul, the ROK, April 15, 2020. /Reuters

A voter wearing plastic gloves casts a ballot at a polling station during the parliamentary election, amid the coronavirus disease pandemic, Seoul, the ROK, April 15, 2020. /Reuters

Once inside, voters had to sanitize their hands before being handed a pair of rubber gloves.

People with a temperature higher than 37.5 Celsius were allowed to vote at a separate booth that was disinfected in between each ballot cast. Voters with a fever were given a coronavirus test after casting their vote.

Voting stations were open between 6 a.m. and 6 p.m. (local time), then 6 p.m. to 7 p.m. for the roughly 60,000 people in voluntary quarantine who could walk or take a car to polling stations, but not take public transport.

Coronavirus patients were allowed to cast their vote by mail.

The national election was one of the largest held in the world since the coronavirus outbreak, with a turnout of 66.2 percent, the highest in any parliamentary elections held in the country since 1992 despite the COVID-19 pandemic.

Lawmakers belonging to the ruling Democratic Party, and its sister party, are now poised to secured 180 seats, or three-fifths of the total in the country's National Assembly.

High voter turnout and a strong election result are expected to enable Moon to focus on tackling the virus while attempting to minimize its fallout on the economy.

(Cover: A boy wearing a face mask waits as his father fills in a ballot at a polling booth during the parliamentary election, amid the coronavirus pandemic, in Seoul, the ROK, April 15, 2020. /Reuters)