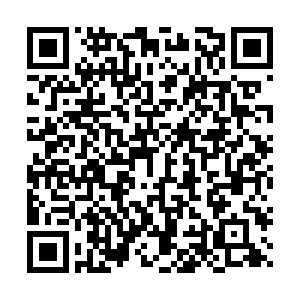 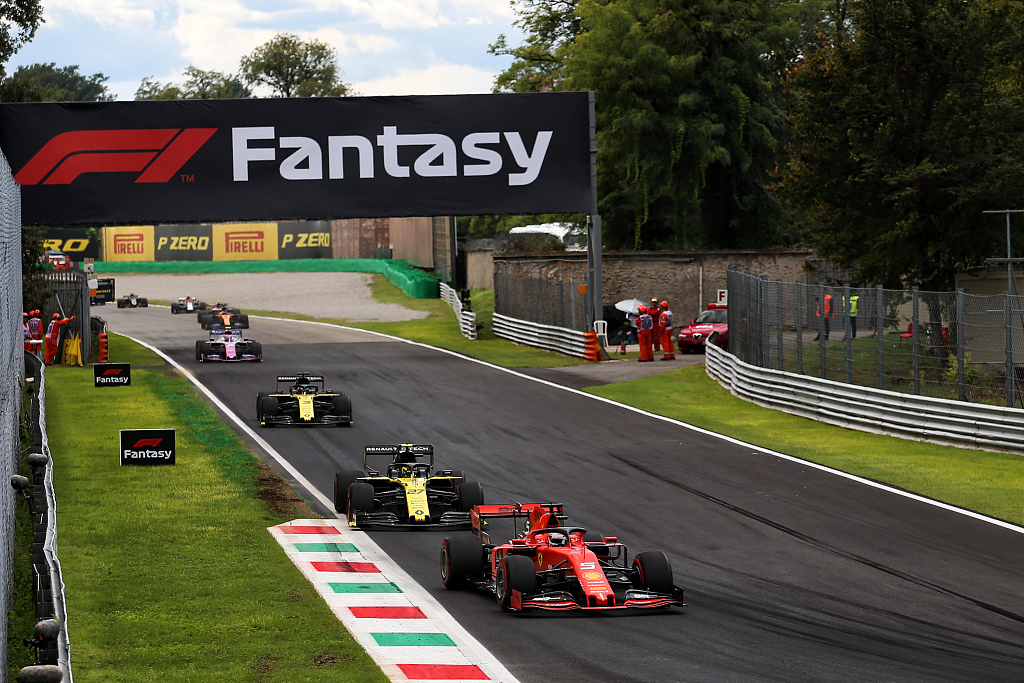 Formula 1 was supposed to celebrate its 70th anniversary with a record 22-race calendar this year but the season has not yet started on the grid due to the coronavirus pandemic.

As a result, F1 teams have been helpful in medical equipment production while turning to virtual events to capture Esports victories.

"At this time no-one can be certain of exactly when the situation will improve, but when it does, we will be ready to go racing again. We are all committed to bringing our fans a 2020 Championship Season," said F1 via its official website on Thursday.

"As previously announced, we will utilize the summer break being brought forward to March/April to race during the normal summer break period, and anticipate the season end date will extend beyond our original end date of November 27-29." 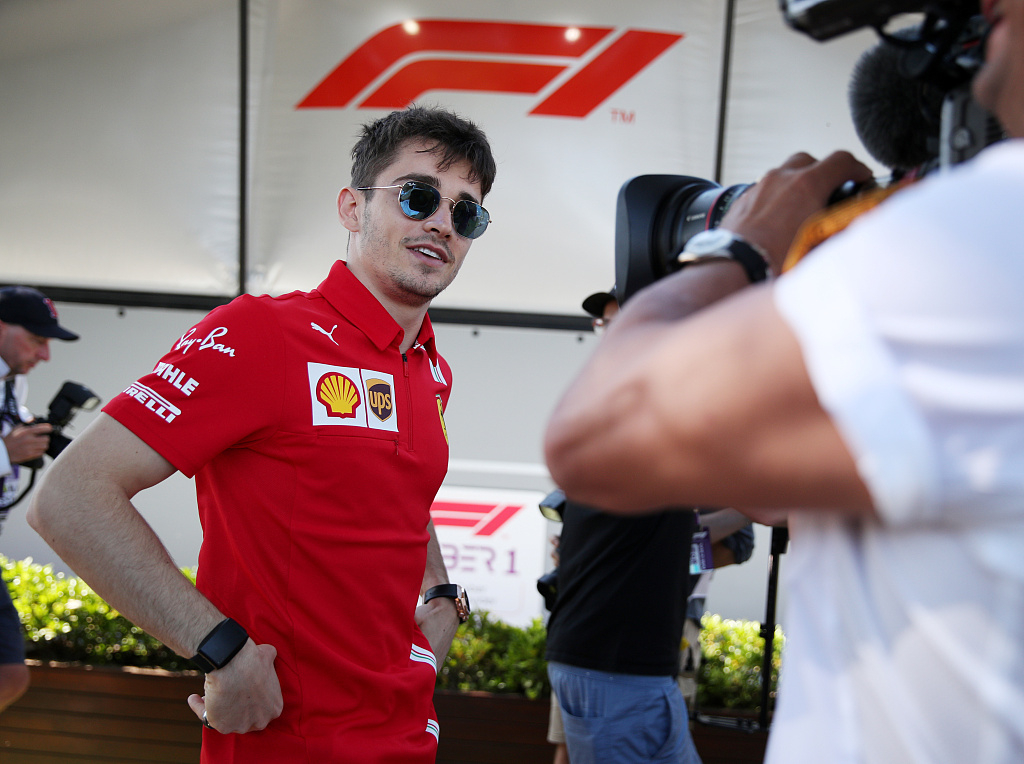 A budget cap was a major issue addressed at a virtual conference on Thursday among motor racing's governing body the International Automobile Federation (FIA), F1 bosses and the 10 teams who take part in the circuit.

"We need to make tough, aggressive decisions to give all the stakeholders that are committed to F1 the confidence and reasons to continue to stay committed," said McLaren Racing CEO Zak Brown.

Ferrari's team boss Mattia Binotto believed: "When discussing a budget cap, we should not forget that we've got different situations, and it's important that we find common ground somehow which is suited to the different situations and maybe the answer is not a single budget cap equal for all the teams.

"There is still analysis required to make the right decisions. I think we should avoid being really emotional at the moment." 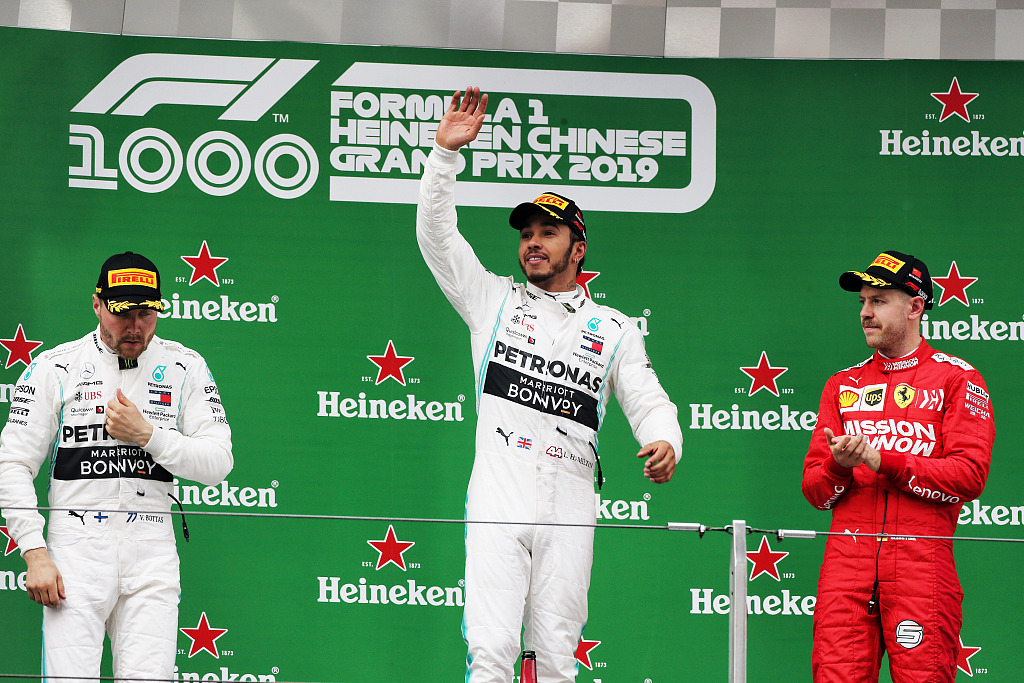 Dutch Grand Prix on May 1-3 (postponed)

The Belgian Grand Prix scheduled for August 28-30 is in doubt after the country's ban on public gatherings was extended until the end of that month, organizers said.

"All scenarios are being studied: Postponement, holding it behind closed doors, or cancelling it. No-one can say what the situation will be in four and a half months," Vanessa Maes, the grand prix's director general, told Belga news agency in a recent interview. 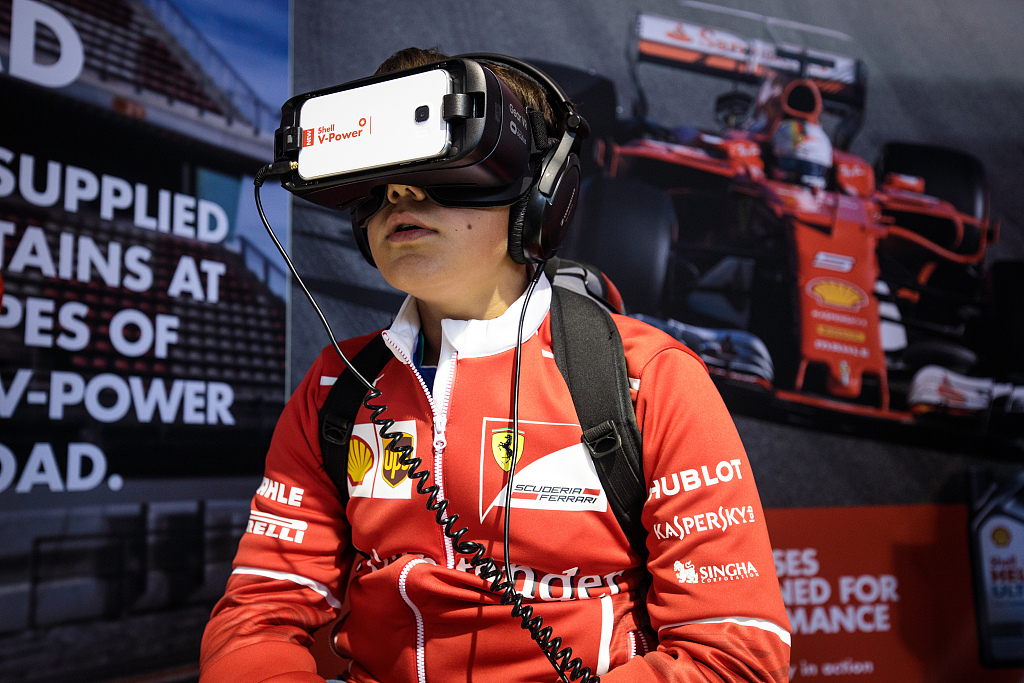 A boy uses a virtual reality headset at the fan zone during qualifying for the F1 British Grand Prix in Northampton, England, July 15, 2017. /VCG

A boy uses a virtual reality headset at the fan zone during qualifying for the F1 British Grand Prix in Northampton, England, July 15, 2017. /VCG

Even though the Chinese Grand Prix in Shanghai has been cancelled, the virtual event plays on.

This will be the second installment of the F1 virtual series this year, following the first one on April 12 won by Ferrari's star racer Charles Leclerc.

Moreover, Real Madrid's Belgian footballer Thibaut Courtois will make his Virtual Grand Prix debut for Red Bull, with "a host of other exciting names set to be announced over the coming days," said the organizers.

In addition to praising Leclerc's victory on last weekend's virtual event, Ferrari's team boss Mattia Binotto went on to acclaim the advent of the Virtual Grand Prix series, reflecting that sport in all its forms had a valuable role to play in these difficult times.

"It's a passion for people, it's a passion for fans," he said. "With the Esports and the virtual race we had with Charles – obviously it was only an hour eventually, but still an hour of distraction, an hour which is important, even for the people just to [see] something different, something else. I think that sport is passion, sport is enjoyment, and it must remain. Sport is social responsibility, and we should never forget that." 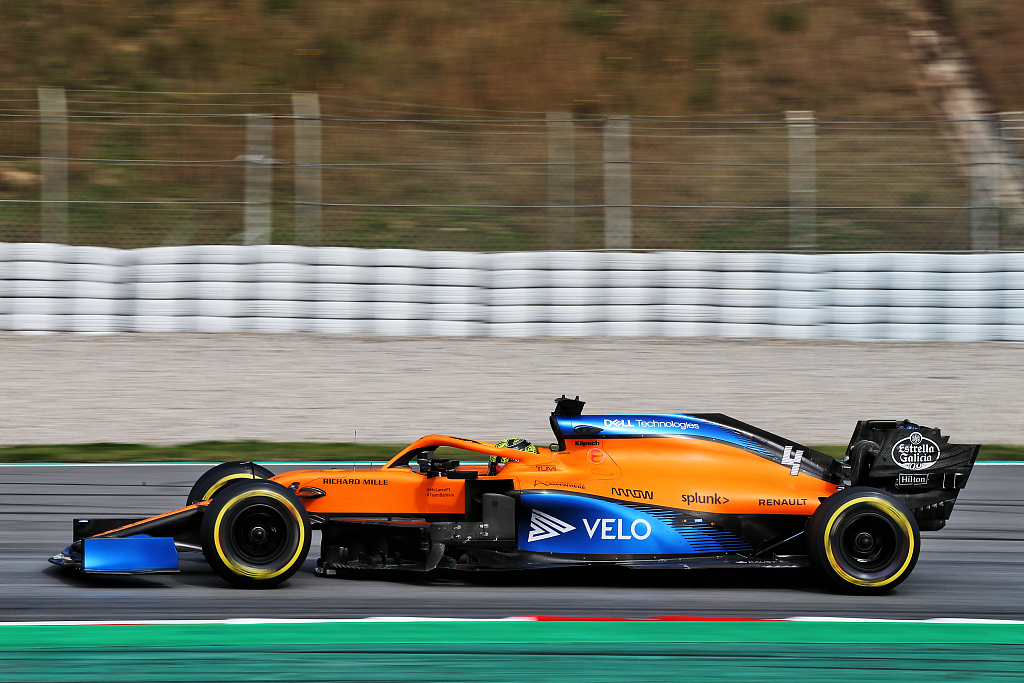 What have F1 teams done to combat COVID-19?

F1 teams have shut down their factories, brought forward the summer break and put some staff on furlough in an effort to prevent the spread of the coronavirus.

McLaren was the first team that confirmed a member's positive testing for the coronavirus in March, followed by its withdrawal of the Australian Grand Prix.

Later, McLaren was also the first team to reveal staff's furlough project and take pay cuts among senior managers and drivers. The initiative was later carried out by other F1 teams such as racing Point, Renault and Hass.

In a wide-ranging interview on Wednesday, McLaren's team principal Andreas Seidl explained, "there's a reason why we made this decision."

"It's simply impossible to know exactly what the financial impact of this crisis will be. We know that we are not going racing at the moment, we know we will miss income this year. This is why we had to put different measures in place to make sure we are protecting our people and protecting the team to be in a position that once this crisis is over to restart again in the best possible shape."

Meanwhile, Mercedes' racing team has been producing breathing aids in collaboration with British hospitals and universities.