FM Wang Yi: Countries should be on alert of 'political virus'
CGTN 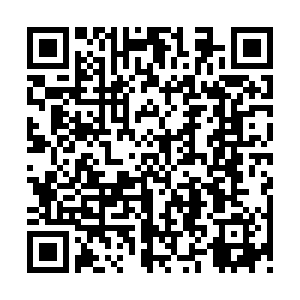 Chinese State Councilor and Foreign Minister Wang Yi Tuesday noted that compared with the novel coronavirus itself, the "political virus" that sows division and hatred is more destructive and all countries should be on high alert.

Groundless accusations and smearing against China are not constructive, Wang added during a phone conversation with Japanese Foreign Minister Toshimitsu Motegi.

Noting that virus knows no borders, the Chinese foreign minister said that countries can only beat the virus through joint response.

Wang said that China has from the start acted in an open, transparent and responsible manner, notified the World Health Organization and other countries of the epidemic situation in a timely manner, shared genome sequencing findings of the virus and shared China's experience without reservations.

He also told his Japanese counterpart that China and Japan should cherish their friendship, gained in joint anti-epidemic efforts, and constantly push cooperation.

China and Japan are close neighbors separated by only a narrow strip of water and sharing weal and woe, Wang said, expressing again his sincere sympathies to the Japanese people and his belief that under the leadership of Prime Minister Shinzo Abe, Japan will contain the COVID-19 epidemic as soon as possible and eventually defeat it.

By making arduous efforts, Wang said, China has basically contained the epidemic domestically, but the country will not relax or drop guard in the face of risks of imported infections and a relapse. 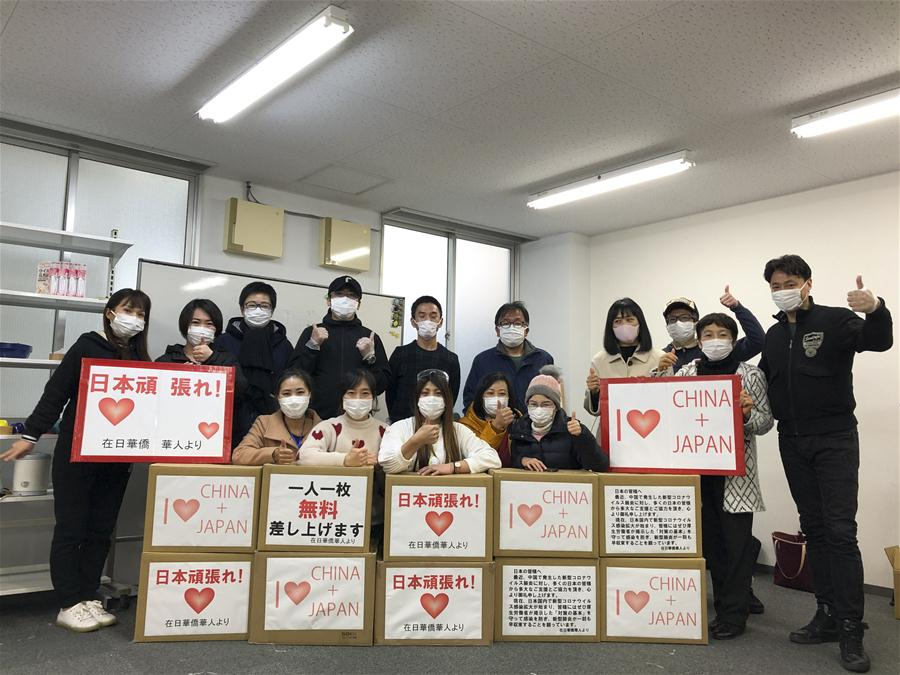 Members of a Chinese volunteer group pose for group photos before setting out to distribute masks to local people in Nagoya, Japan, February 20, 2020. /Xinhua

Members of a Chinese volunteer group pose for group photos before setting out to distribute masks to local people in Nagoya, Japan, February 20, 2020. /Xinhua

The Chinese side is trying to speed up work and production, as well as make up for the losses caused by the epidemic as soon as possible, he said.

Since the COVID-19 epidemic broke out, Wang said, the Chinese and Japanese people have been voicing support to each other, deepening their friendship as depicted in the saying: "Though miles apart, we are under the same sky," which shows that the friendship between China and Japan enjoys solid public support and is based on a common cultural heritage, and that there is a good momentum for China and Japan to constantly push forward their relations.

Despite its own difficulties in epidemic prevention and control, China is ready to overcome them and extend a helping hand to the Japanese side, continuing to provide assistance to Japan as needed to the best of its capacity.

The two sides should speed up the implementation of the important consensus reached during the special meeting of leaders from the Association of Southeast Asian Nations, China, Japan and the Republic of Korea (ASEAN Plus Three), and push forward anti-virus cooperation of countries in the East Asia region, Wang said.

For his part, Motegi expressed appreciation for China's anti-epidemic achievements, and briefed Wang on the current epidemic situation in Japan, while thanking China for its assistance and support.

Motegi said he believes that China will further share its anti-epidemic experience and facilitate the procurement of medical supplies.

The top priority of the international community is to stay united in the fight against the epidemic, Motegi noted.

He said that as a friendly neighbor, Japan is willing to continue to strengthen international and regional anti-epidemic cooperation with China, earnestly implement the outcomes of the special meeting of leaders of the Association of Southeast Asian Nations plus China, Japan and South Korea, and jointly provide support to African countries with vulnerable medical systems.

Focus on trust rather than blame

The most important thing in combating COVID-19 is cooperation and trust instead of blame and suspicion, Wang said during another phone conversation with Turkish Foreign Minister Mevlut Cavusoglu on Tuesday.

Wang said that Chinese President Xi Jinping and Turkish President Recep Tayyip Erdogan had a phone conversation not long ago, during which the two leaders reached important consensus on strengthening anti-COVID-19 cooperation and promoting bilateral relations.

China and Turkey should step up the implementation of the consensus reached by the two heads of state, continuously boost political mutual trust and, in particular, understand and support each other on issues concerning each other's core interests and major concerns, he added.

Next year marks the 50th anniversary of the establishment of diplomatic ties between China and Turkey, Wang said, adding that it is hoped that both sides will make joint efforts to take their strategic cooperative relationship featuring mutual trust and support into the next 50 years.

Noting the severe challenge Turkey is facing as COVID-19 continues to spread, Wand said that the Chinese side extends heartfelt sympathies to the Turkish people, and expressed the belief that Turkey, under the leadership of President Erdogan, will surely overcome the epidemic. 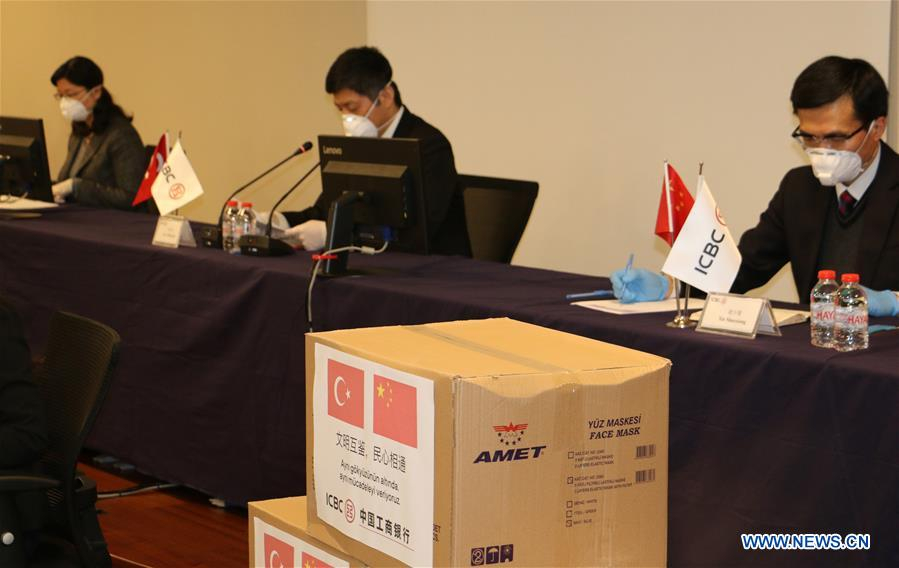 The Turkish branch of the Industrial and Commercial Bank of China (ICBC) announces that it will donate medical supplies and cash to support Turkey in its combat against COVID-19 on March 27, 2020. /Xinhua

The Turkish branch of the Industrial and Commercial Bank of China (ICBC) announces that it will donate medical supplies and cash to support Turkey in its combat against COVID-19 on March 27, 2020. /Xinhua

China has always pursued a friendly policy toward Turkey and attached great importance to the friendship between the two peoples, he stressed.

China has provided anti-epidemic supplies to the Turkish side and has given priority to Turkey's urgent procurement needs for medical supplies, he said, adding that China is ready to continue to offer necessary support and assistance to Turkey to fight the outbreak, Wang said.

There is great potential for mutually beneficial cooperation between China and Turkey and both sides should strengthen coordination and cooperation to minimize the impact of the outbreak, the Chinese foreign minister said.

Wang also said that since the outbreak of the COVID-19 epidemic, more than 180 countries, including Turkey, have expressed their understanding and support to China, and China has been providing urgently needed medical supplies to more than 100 countries to fight against the epidemic.

For his part, Cavusoglu said that the two heads of state have had fruitful conversations recently and reached broad consensus on anti-epidemic cooperation and deepening bilateral relations.

The two sides should earnestly implement the consensus reached by the two heads of state, take care of each other's concerns, strengthen practical cooperation in the fields of economy, trade and finance, and make good preparations for the celebration of the 50th anniversary of the establishment of diplomatic relations between the two countries, said Cavusoglu.

The Turkish foreign minister said that China has not only overcome the epidemic, but also provided assistance to other countries around the world, including Turkey.

China is the country that has provided the largest amount of medical aid to the world, which Turkey highly appreciates, he added.

Cavusoglu stressed that at a time when the virus is still spreading in many parts of the world, the international community should strengthen solidarity and cooperation, rather than the other way around.