Graphics: Why there was a sudden spike in Russia's coronavirus cases
By Hu Yiwei 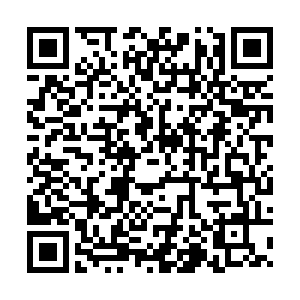 Russia on Sunday reported a record one-day rise in cases of the novel coronavirus, pushing the official tally to more than 80,000.

The number of cases jumped by 6,361 and 66 more people died, the national coronavirus crisis response center said on its website.

The capital Moscow, the worst-affected region, registered over 42,000 cases – that is more than half of the national figure. 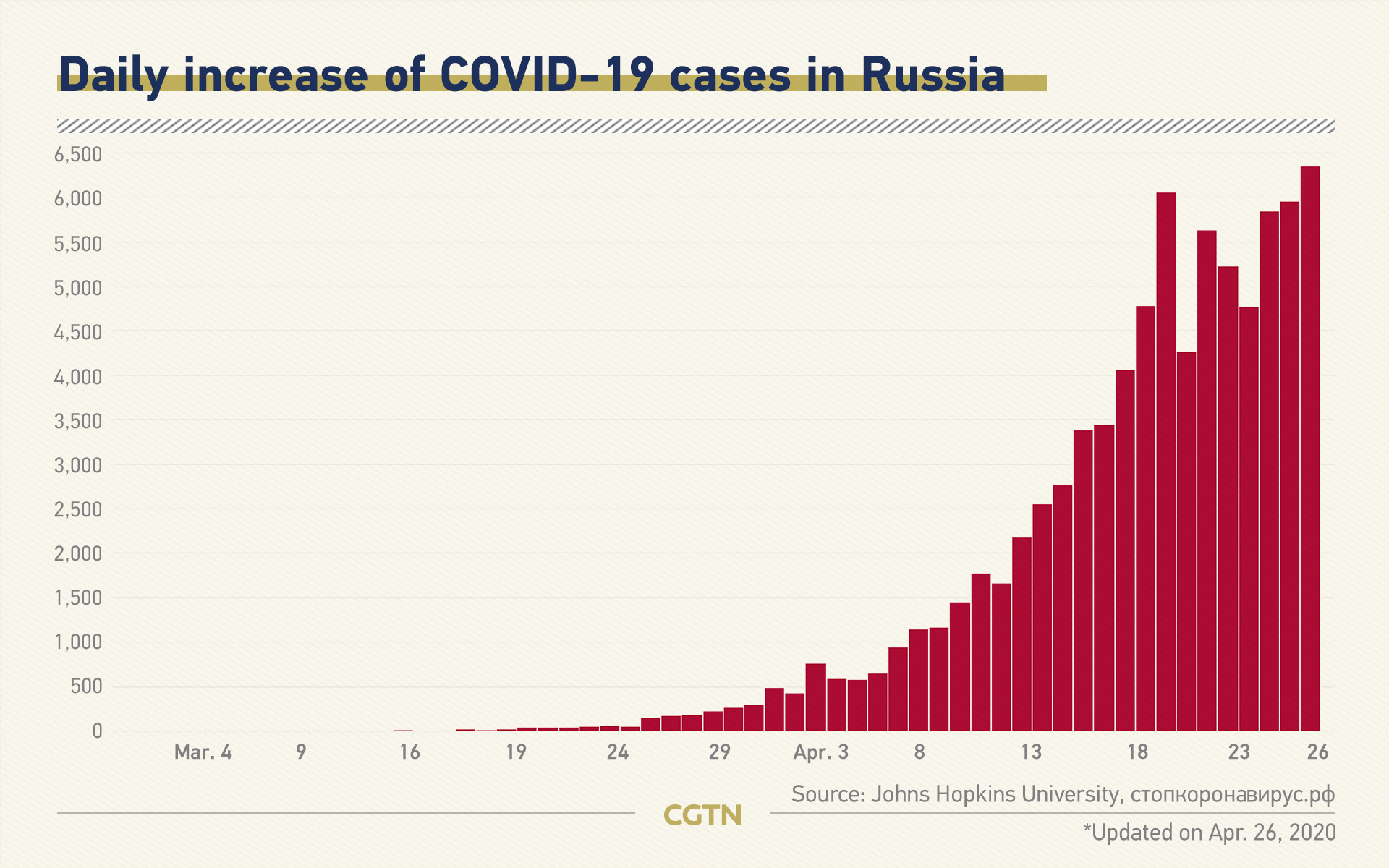 Russia recorded far fewer cases of the new coronavirus than many Western European countries in the early outbreak stages.

As the pandemic swept across the globe, Russia was actually among the first to implement tough measures to curb the outbreak.

But the number of cases began to rise sharply this month. Infections have spread beyond Moscow and penetrated all of its more than 80 regions. 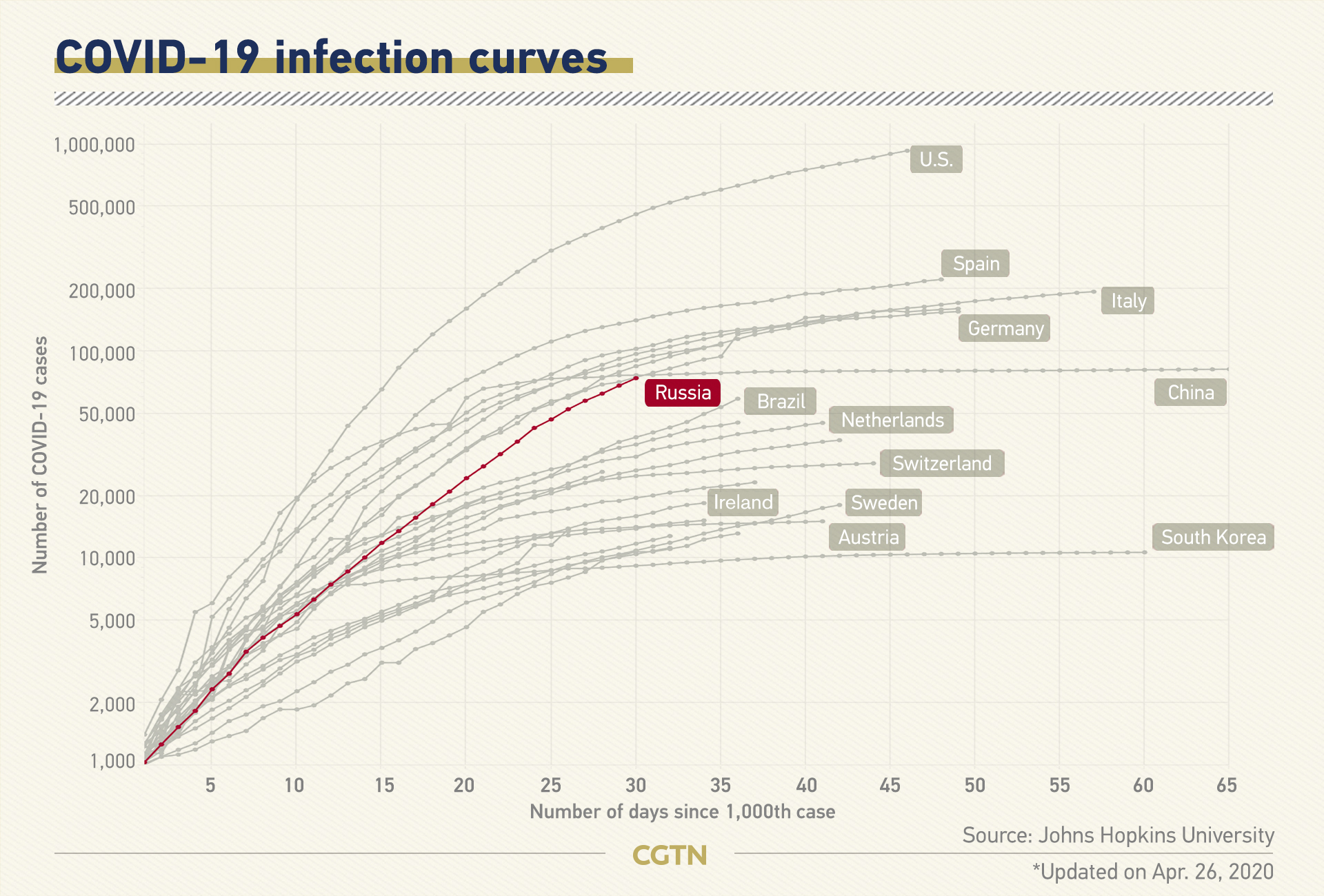 Cases from Russia have also piled a great amount of pressure on China's recent containment efforts.

While local transmission of the disease is basically contained, Chinese authorities are concerned about infections involving overseas travelers who might have caught the virus.

A month ago, almost zero such cases came from Russia: most of them were from COVID-19 hotspot countries such as the United States, Iran and hard-hit European nations.

Now Russia has become China's largest source of imported cases, with a total of over 600 infections originating in its northern neighbor. It is another indicator of the severity of the country's coronavirus outbreak. 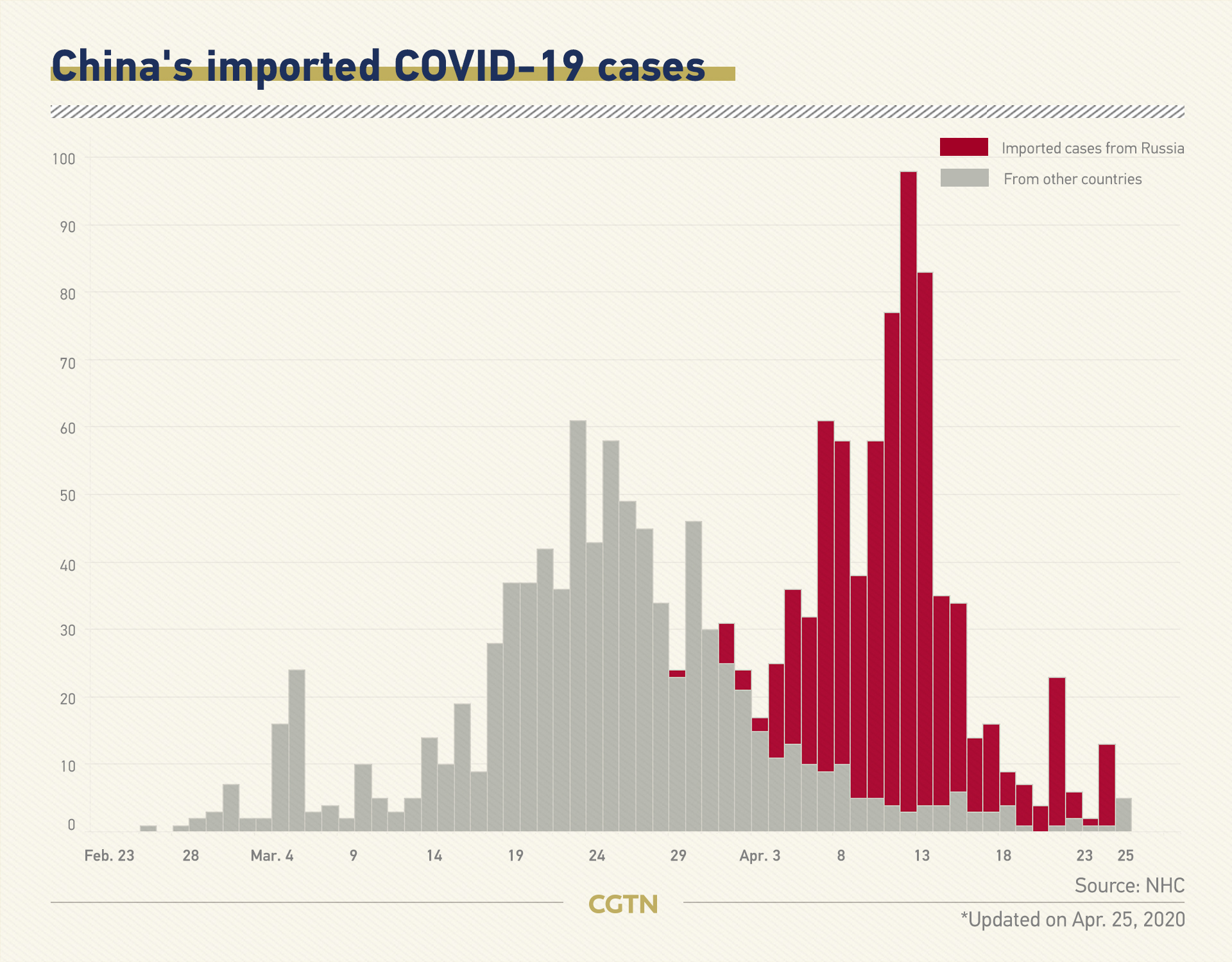 How could this happen?

On January 30, one day before the country's first COVID-19 cases were confirmed, Russia closed its far-eastern border with China. Within hours, flights and railway services were also restricted between the two countries.

In February, when China was at the peak of its outbreak, Russia banned the entry of Chinese citizens, followed by restricting travels from South Korea and Iran.

However, weeks went by before Russia took further measures to prevent infections from elsewhere.

It was not until mid-March that the country began to restrict air traffic with Europe, which later became the new epicenter of the pandemic. Most of Russia's COVID-19 cases registered before were related to travelers from European countries, especially Italy.

Though strict measures were implemented later, such as an entry ban on foreigners, quarantine of arriving passengers, as well as grounding all international flights, it was already too late for the country to contain the outbreak.

The delay was one of the major factors behind Russia's cases spike, Seymur Mammadov, director of the international expert club EurAsiaAz told CGTN. 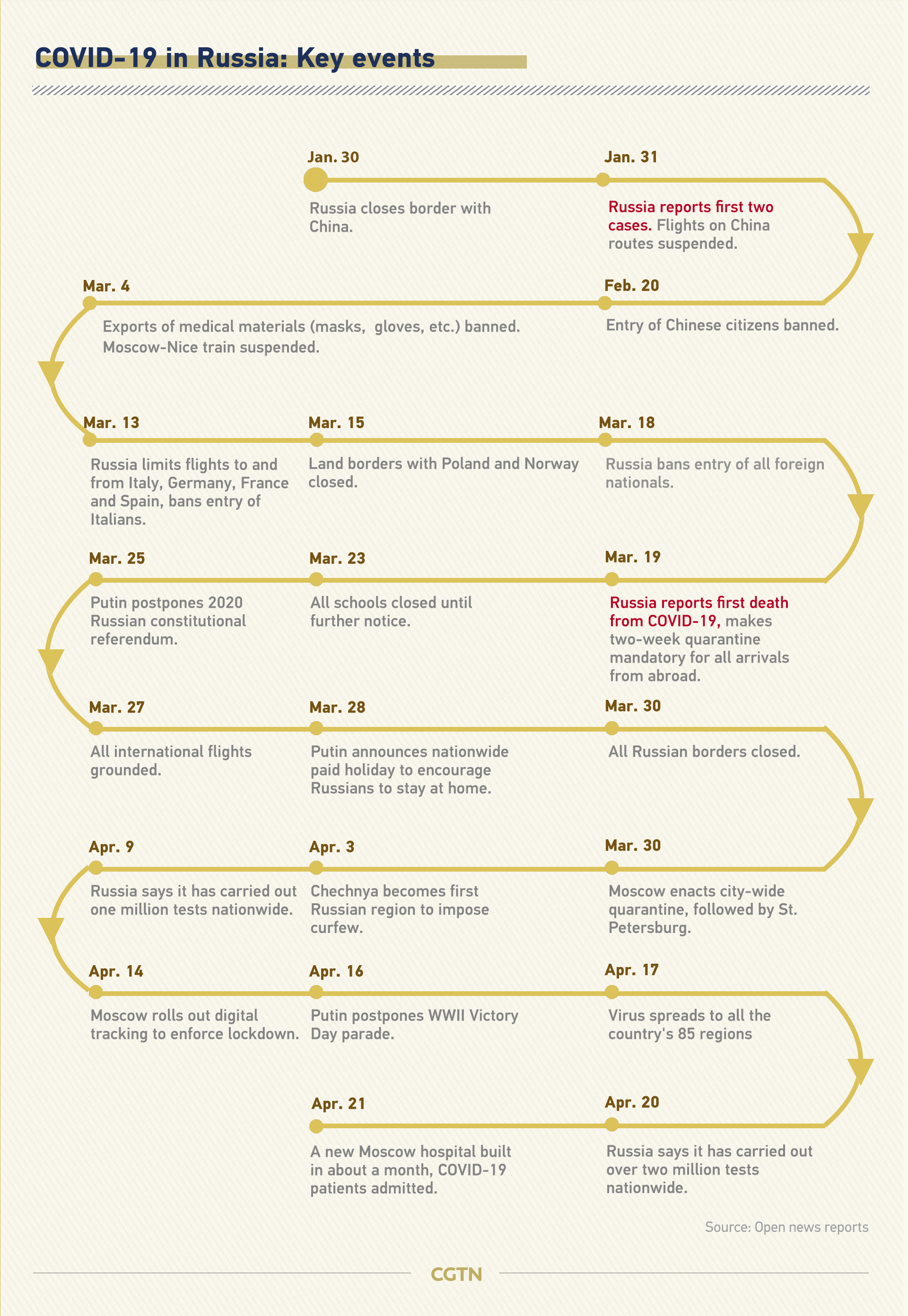 Also, Russians were not fully aware of the situation and the need to observe measures to counter the epidemic, said Mammadov.

Russia has declared lockdowns across the country, including in the capital Moscow, the area worst-affected by the virus. Muscovites are only allowed to go out to buy food or medicines at their nearest shop, get urgent medical treatment, walk their dog, or take out the trash.

Russian President Vladimir Putin prolonged paid vacation for the entire country until the end of this month to make Russians stay home and socially distance from one another.

However, many Russian went outside to enjoy their time off, forcing the Kremlin to pass a measure that could see those found violating lockdown rules imprisoned for up to seven years.

Moscow as well as other over 20 Russian regions have also requested digital travel passes for movement to enforce lockdown measures.

Given the ramped-up measures, Mammadov voiced optimism about Russia's capability to contain the outbreak. "The measures taken to contain the virus have had a positive effect," he said.

Moreover, "in Russia, there is no shortage of tests for coronavirus and other medical supplies," he emphasized.

According to data published by the government, Russia has so far carried out over 2.5 million tests nationwide, among the highest in the world. 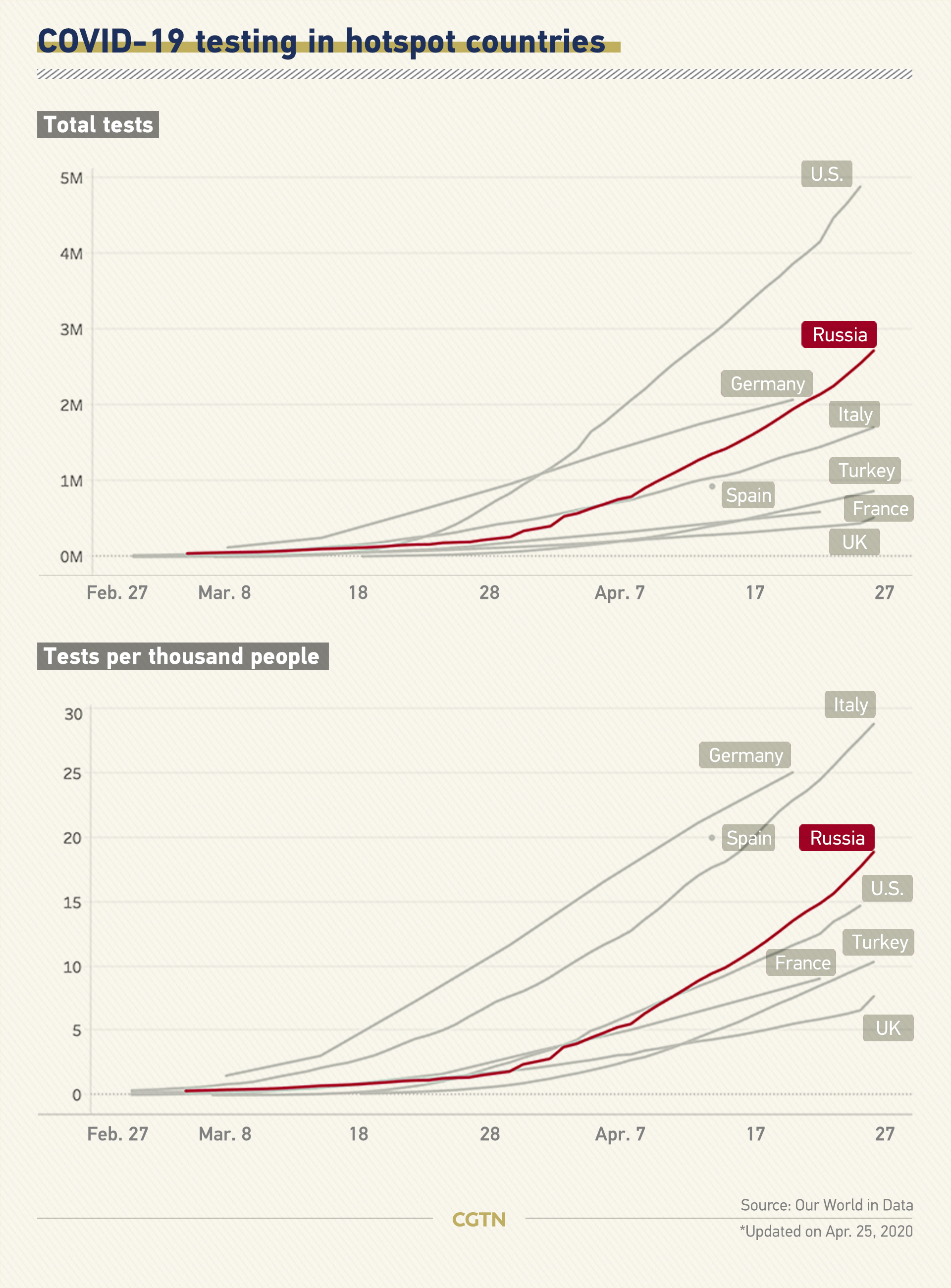 Russia has more than eight hospital beds per 1,000 people, the third-highest ratio among OECD countries. And it is adding tens of thousands more to existing capacity.

Last week, a new Moscow hospital built in a little over a month to treat coronavirus patients admitted its first patients. The hospital was built with prefabricated materials, a technique similar to that used by China to erect medical facilities from scratch at breakneck speed in Wuhan after the outbreak emerged.

A temporary hospital in Russia's second-largest city St. Petersburg with over 1,000 beds for coronavirus patients will soon open in the city's Lenexpo exhibition center, according to the Russian news agency. 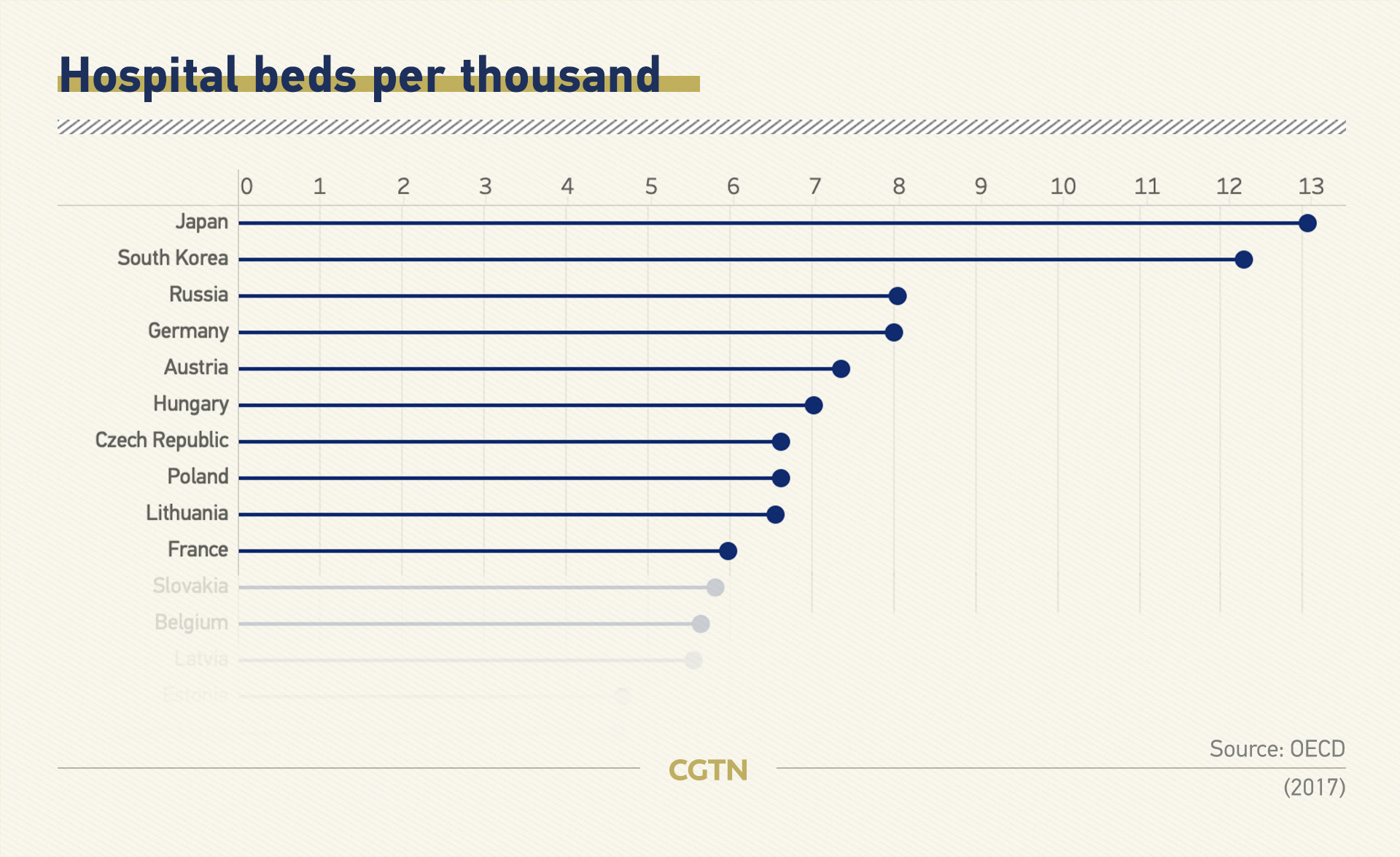 Although the case numbers continue to grow, the authorities say the spread of COVID-19 has slowed down, and the mortality rate has remained at a low level.

According to virologists, Russia is expected to flatten its infection curve in June.