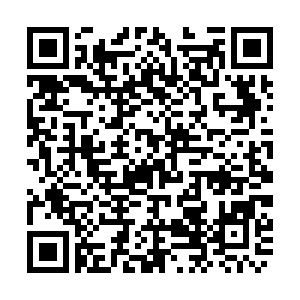 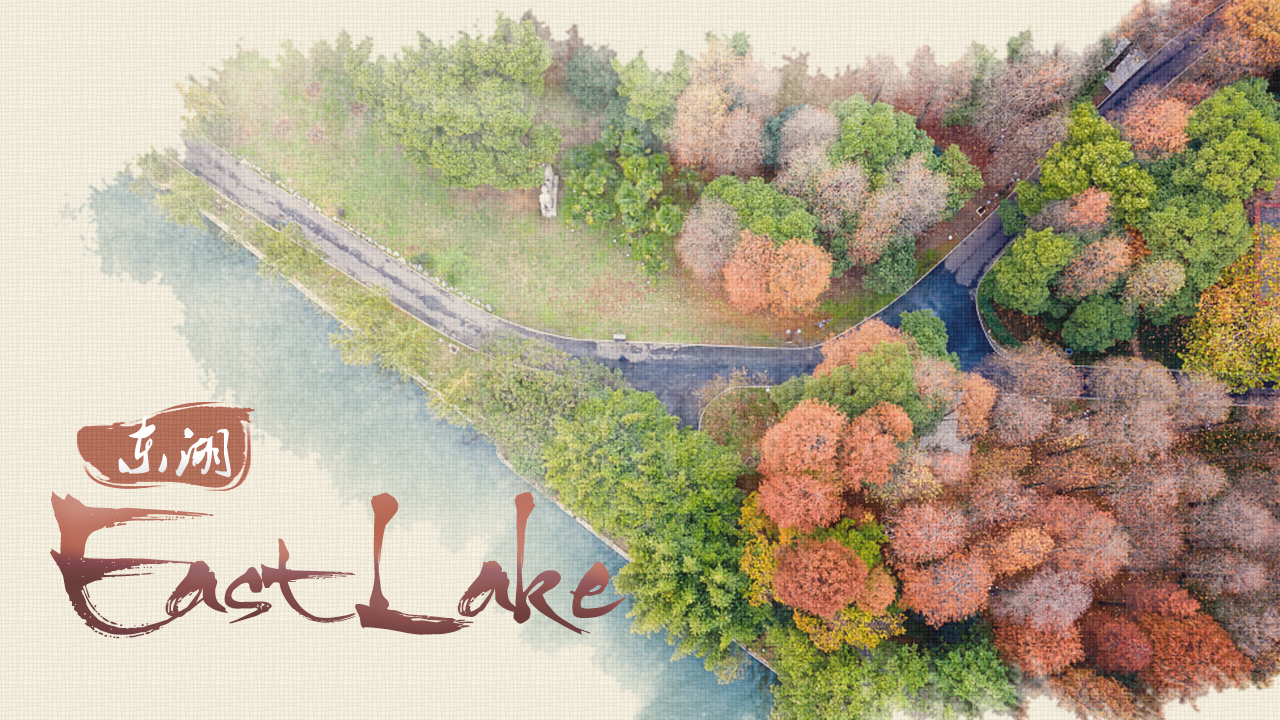 For those who haven't heard of Wuhan before, the coronavirus pandemic has definitely placed this central Chinese city in the spotlight. After an unprecedented 76-day lockdown, the city of 11 million people is now open to the outside world as the virus has been brought under control.

Aside from its tenacious fight against the new coronavirus, there are a few things that make the city special and appealing. In addition to the iconic Yellow Crane Tower and Wuhan Yangtze River Bridge, Wuhan is also noted for its lakes.

When it comes to China's most renowned lakes, it is not surprising that most will instantly be reminded of the UNESCO World Heritage Site – West Lake. However, it is not the only one in China that boasts stunning landscapes.

Over 30 square kilometers in size, five times bigger than the West Lake, Wuhan's East Lake is in no shortage of beauty and significance. As one of the largest urban lakes in the country, it also exemplifies a fine fusion between human and nature. 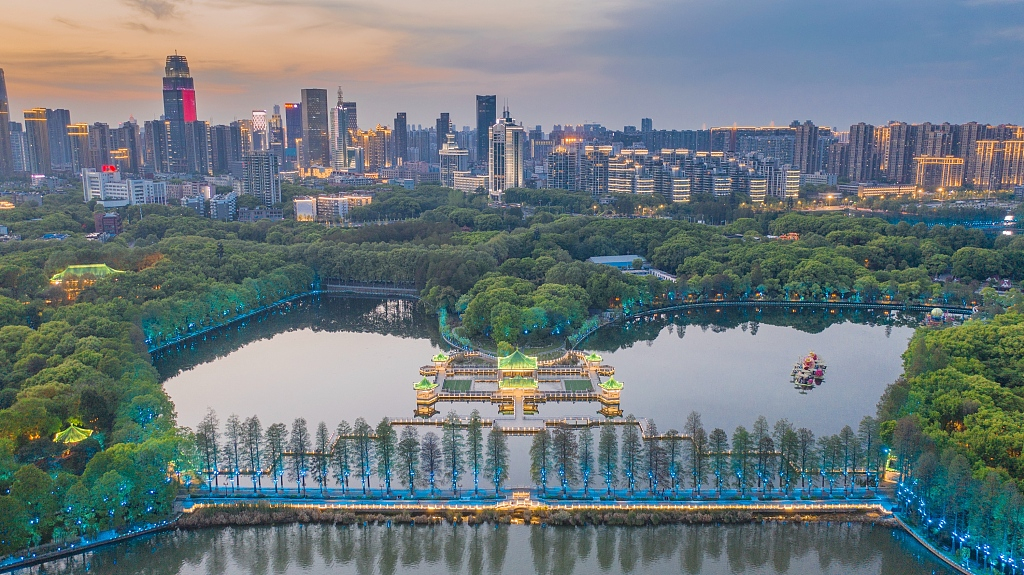 In 2019, the East Lake was cited as the "most beautiful lake in the Yangtze River Economic Belt." However 30 years ago, things were quite different. The ecological environment of the East Lake was severely compromised due to urban development.

Over the years, the local government has committed to clean water management and ecological restoration at the site. A world-class greenway project was launched in 2015 in a bid to offer a place for local residents to get closer to nature.

Stretching nearly 102 kilometers, the East Lake Greenway is made of pedestrian and bicycle paths, offering open space for walking, jogging and cycling. It also links several major scenic areas by the lakeside, including the Tingtao and Moshan Hill areas. 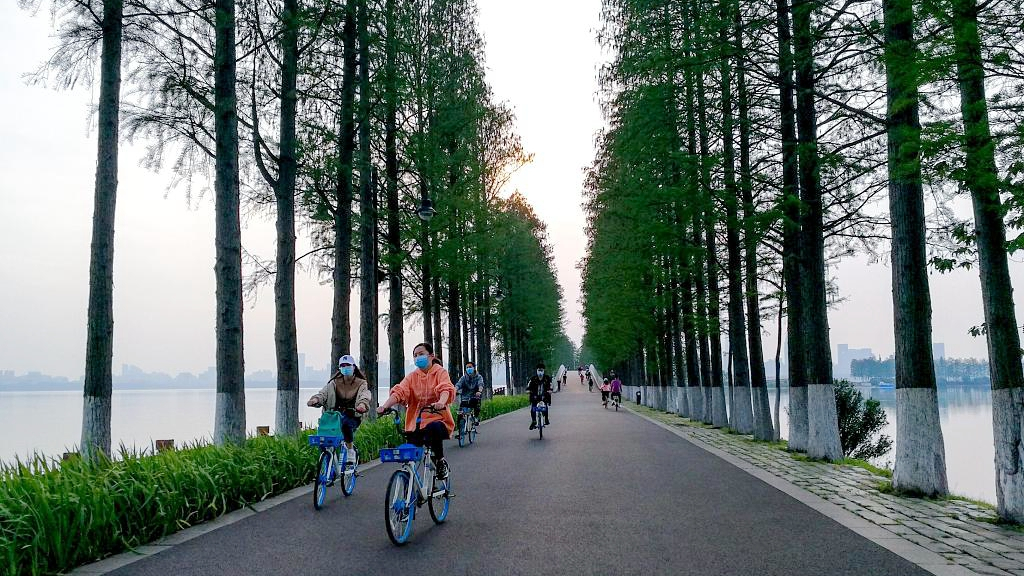 In line with the notion of sustainable development, the greenway has adopted a series of measures to continue improving the ecological system and providing a host of services for visitors.

The green stretch has since drawn people from all walks of life, especially those who would like to get away from the bustling city life and soak in the greenery or simply go for a leisurely stroll. 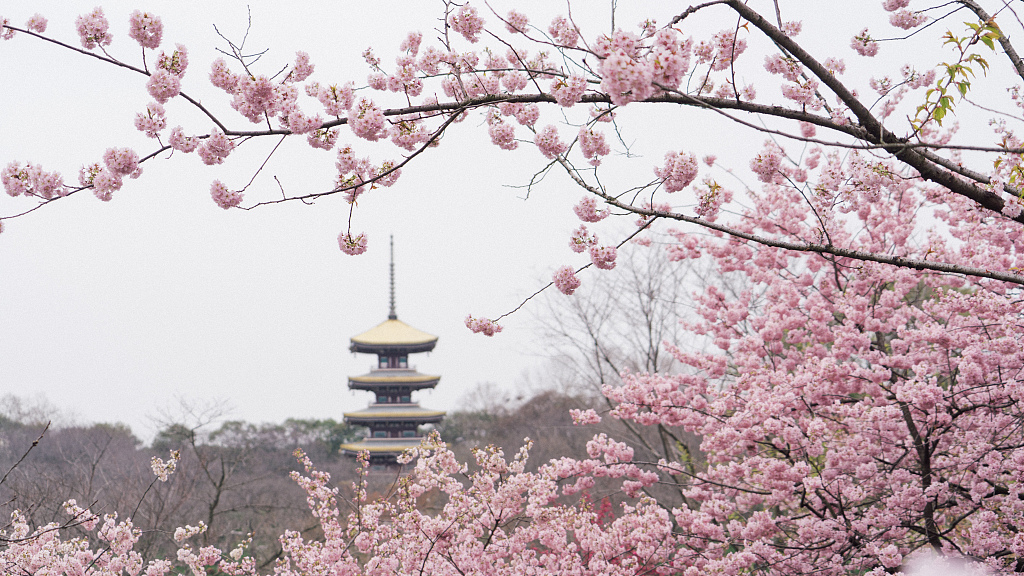 With the city lifting its travel restrictions on April 8, the East Lake has reopened some of its major scenic areas with a series of precautionary measures in place. Visitors are required to provide a green health code, have their temperature checked upon entry, and wear a mask the whole time.