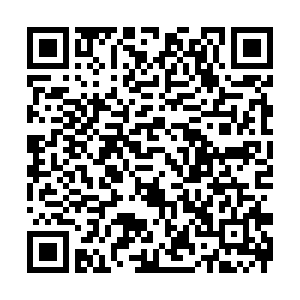 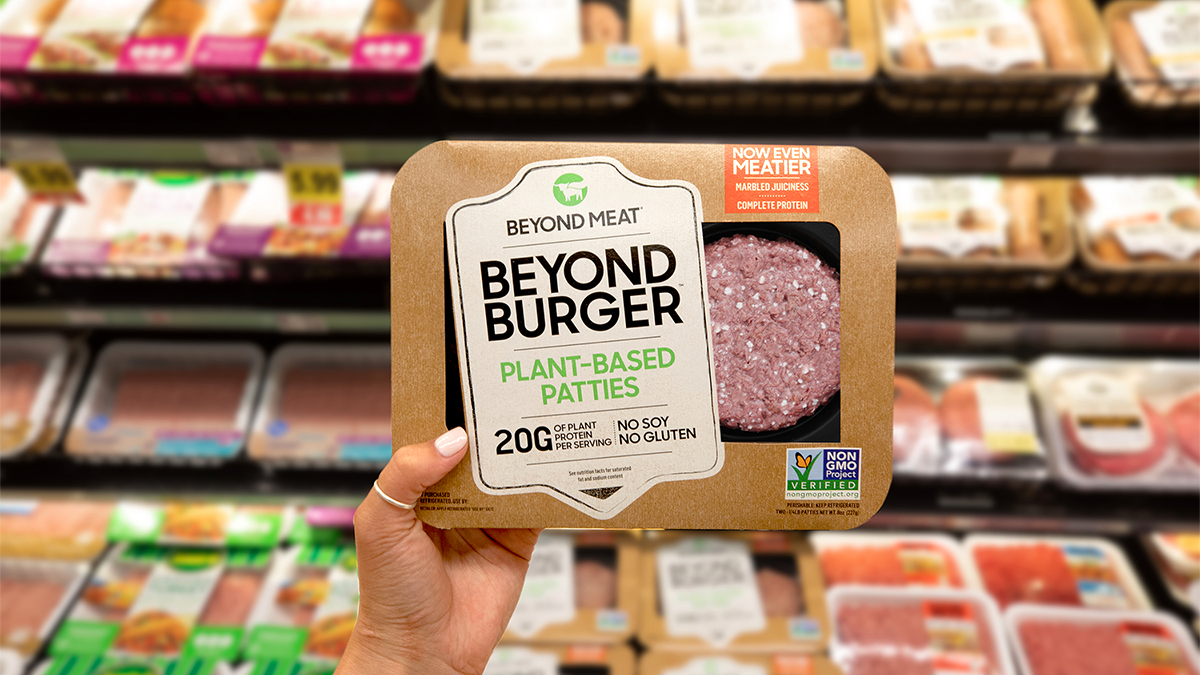 COVID-19 has been a boon for Beyond Burger, but some analysts think the stock is overvalued. /Beyond Burger

COVID-19 has been a boon for Beyond Burger, but some analysts think the stock is overvalued. /Beyond Burger

Beyond Meat ended in the red on Monday after Wall Street downgraded the stock from neutral to sell, saying the recent run does not account for COVID-19 threats to restaurant operations and spending power amid increased competition in the meat alternative industry.

The company's shares closed 8.41 percent lower at 99.63 U.S. dollars, following a major rally last week, during which they soared over 40 percent. Investors are betting that looming meat shortages in the United States due to the new coronavirus will send customers scrambling for the next best thing – plant-based substitutes that taste and cook like the real deal.

Many meatpacking and processing plants in the country have been halting operations amid outbreaks in their close quarters. In facilities that are still running, precautionary measures are slowing the pace of work.

Such disruptions are stocking concerns that the meat supply could come under strain in the United States, where about a third of pork capacity and 14 percent of beef capacity is now reportedly down. Prices have already edged up and processors are reducing the selection of meat cuts they're sending to the market.

Tyson Foods has sounded the alarm with chairman John Tyson writing on Sunday that "the food supply chain is breaking." Other major meat-processing companies like Smithfield Foods and JBS are also feeling the squeeze.

But this could be an opportune time for makers of meat alternatives, the likes of Beyond Meat. 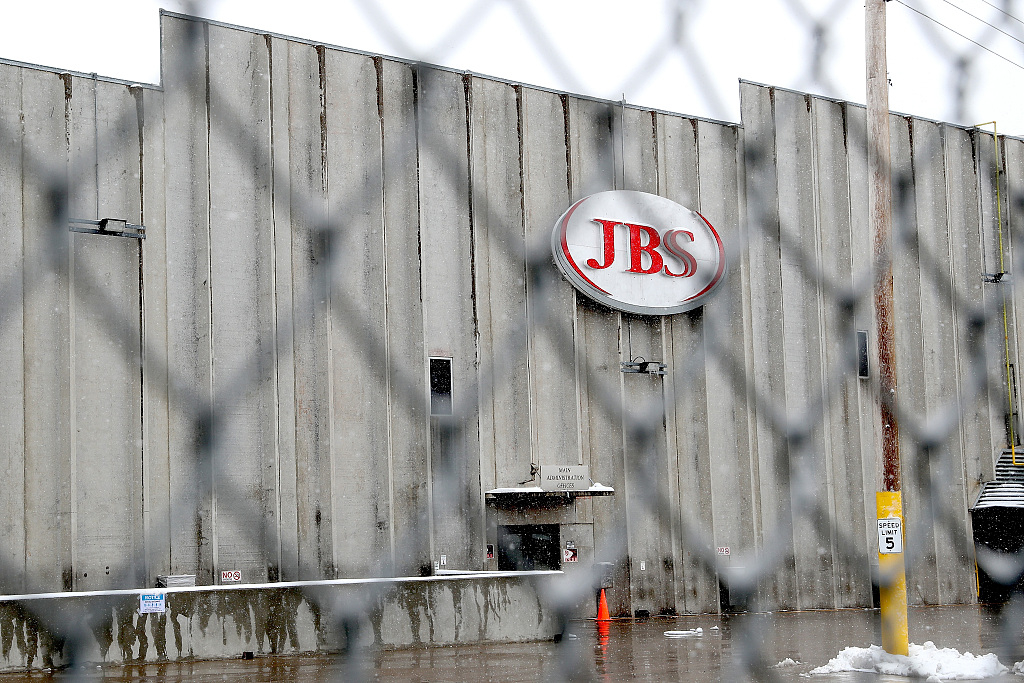 Demand for plant-based meat has sprouted during the coronavirus pandemic, with Nielsen saying U.S. sales of these imitators have climbed 265 percent year over year over the eight weeks ending April18. By comparison, fresh meat sales were up 39 percent.

It's not just the prospect of Beyond Meat filling the meat gap that's fueling gains, the company's international expansion has benefited from its rally on the stock market.

Last September, Beyond Meat teamed up with McDonald's to test the P.L.T. burger in Canada. In January, the Golden Arches announced it was expanding the test from 28 to 52 outlets for 12 weeks.

Last week, Beyond Burger officially debuted in the Chinese mainland through a partnership with Starbucks in a move that CEO Ethan Brown hailed as an "important milestone." The global coffee chain rolled out a new menu featuring three dishes using plant-based ground beef from the California-based startup.

Beyond Meat could leverage its first-mover advantage in the Chinese mainland, having beaten other international plant-based meat startups to one of the most sought-after markets in the alt-protein space. The company's success in capturing a slice of the growing meatless pie in the Asian nation could translate into big business.

Beyond Meat has been on a tear since March 18, with the stock more than doubling since. It is up over 31 percent year to date, a lot better than the almost 11 percent slump of the S&P 500 – however, not everyone is impressed. 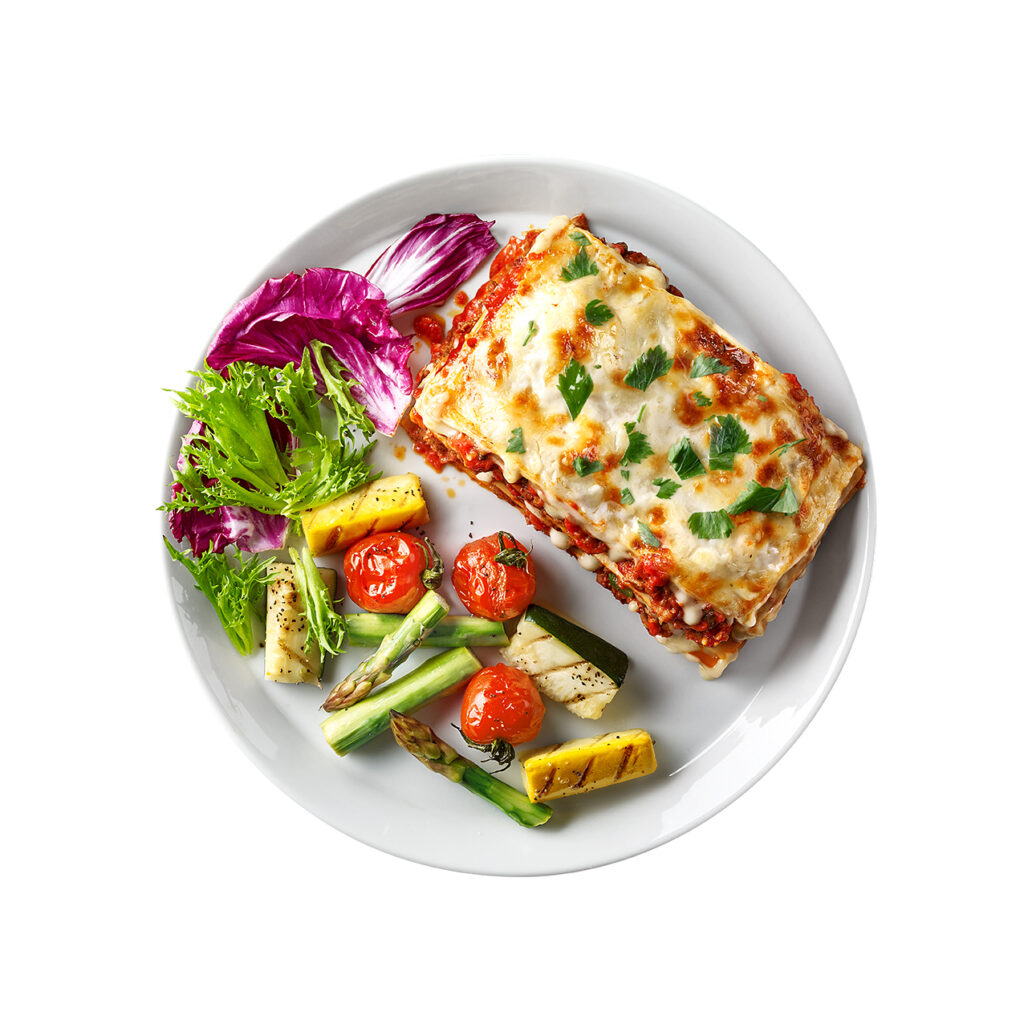 UBS analyst Steven Strycula on Monday downgraded the company's stock from "hold" – a recommendation he had kept since last November – to "sell," lowering his price target from 90 U.S. dollars to 73 U.S. dollars.

Beyond Meat's dependence on restaurants for sales is dimming its outlook given the current circumstances. Last year, 51 percent of the company's revenue came from sales to foodservice channels. This is now problematic because the coronavirus pandemic has savaged the restaurant industry, forcing eateries to bring down their shutters across the United States. This is the "greatest channel risk exposure," Strycula said.

The new coronavirus is also ravaging the economy, hurting businesses and pushing unemployment rate up. Amid layoffs, furloughs and a freeze on new hiring, many are feeling the pinch. With customers having little money in their pockets, restaurant footfall might not rebound once the pandemic blows away – and that could spell trouble for Beyond Meat down the road.

On top of that, supermarket aisles are getting crowded with plant-based offerings with other meatless meat brands giving Beyond a run for its money.

Impossible Foods announced this month it was widening its distribution network to include more grocery stores spread across a wider geographic area. On April 18, Impossible Foods expanded its plant-based products to 777 supermarkets across California, Illinois, Indiana, Iowa, and Nevada. Similarly, Kellogg's said in February it was diversifying its portfolio of meat-free items, introducing pork bratwurst and Italian sausages made of soy to the meat section of grocery stores in the summer.