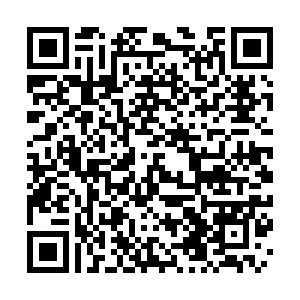 A Brazilian supreme court judge on Monday ordered a probe into accusations by former justice and security minister Sergio Moro that President Jair Bolsonaro sought to "interfere" with police investigations.

In his decision, Judge Celso de Mello gave the federal police 60 days to question Moro about his explosive allegations against the right-wing president.

The findings, which will be handed over to the attorney general, could result in either a request for a political trial against Bolsonaro or an indictment against Moro for false testimony. 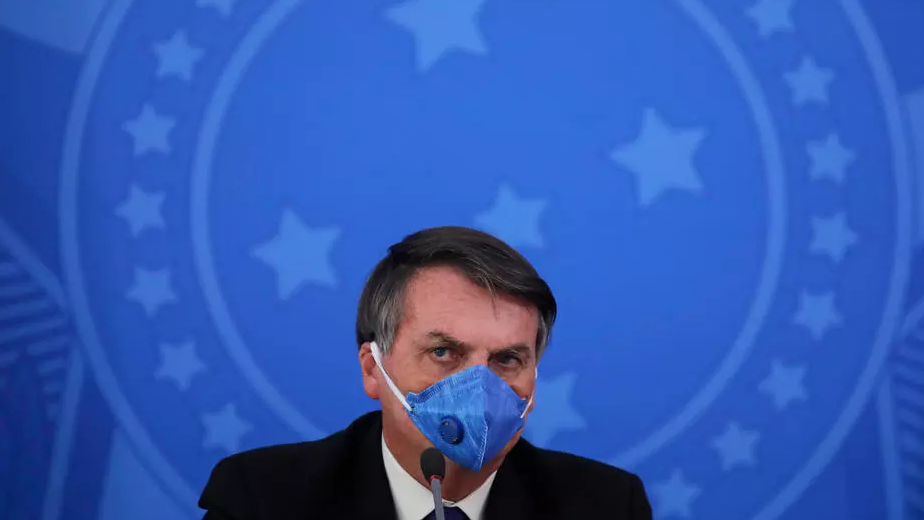 Moro, who resigned on Friday after accusing his boss of wrongdoing, has been replaced by Andre Mendonca, the official gazette said on Tuesday.

Who is Andre Mendonca?

Mendonca, 47, previously served as Brazil's attorney general and was once considered for a nomination to the Brazilian Supreme Court.

According to the judge, the alleged crimes seem to have "an intimate connection with the exercise of the presidential mandate," thus allowing for an investigation of the leader.

The judge's document lists seven accusations against Bolsonaro, including malfeasance and obstruction of justice.

Should the investigation confirm the allegations, it will be up to the lower house of the National Congress to initiate impeachment proceedings against Bolsonaro and potentially remove him from office. 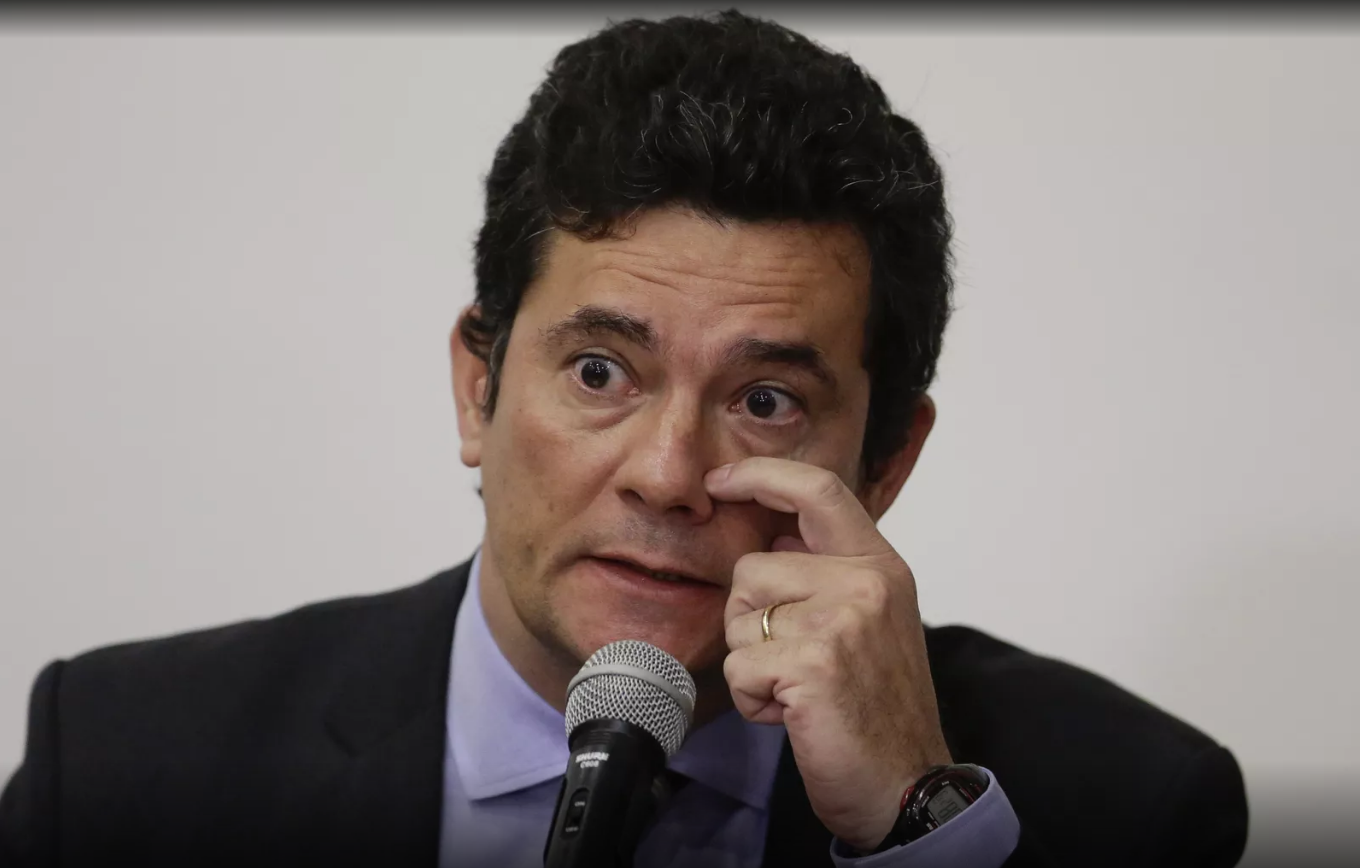 Sergio Moro reacts during the announcement of his departure from the Ministry of Justice, April, 24, 2020. /AP

Sergio Moro reacts during the announcement of his departure from the Ministry of Justice, April, 24, 2020. /AP

In 2017, the prosecutor general's office asked to open two investigations against then-president Michel Temer, and in both cases the request was rejected by the Chamber of Deputies.

The tensions come at the height of the global coronavirus crisis.

Bolsonaro has repeatedly downplayed the danger of COVID-19 and earlier this month fired his health minister, Luiz Henrique Mandetta, who supported isolation as a tool to contain the spread of the pandemic.

Brazilians divided on impeachment of Bolsonaro

Pollster Datafolha found that 48 percent oppose impeaching Bolsonaro while 45 percent of those surveyed want to see him impeached, a difference within the margin of error of the poll. 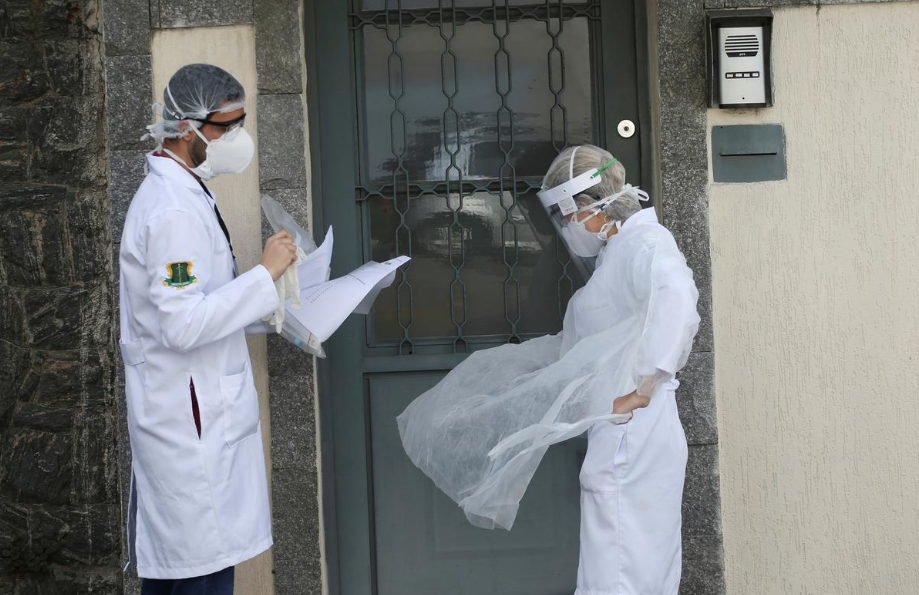 Medical students prepare to collect a self coronavirus test on a person's doorstep, amid the COVID-19 outbreak in Sao Caetano do Sul, Sao Paulo State, Brazil, April 14, 2020. /Reuters

Medical students prepare to collect a self coronavirus test on a person's doorstep, amid the COVID-19 outbreak in Sao Caetano do Sul, Sao Paulo State, Brazil, April 14, 2020. /Reuters

While Brazilians are split on Congress removing the president by impeachment, the number that believe Bolsonaro should resign has risen to 46 percent from 37 percent in the previous poll at the beginning of April. Those opposed to his resigning have decreased to 50 percent from 59 percent.

A main reason for discontent with Bolsonaro has been his handling of the coronavirus epidemic, whose gravity he has downplayed as the death toll rises in Brazil. The poll found 45 percent consider his handling bad or terrible against 27 percent who think he has done a good or excellent job.

The Datafolha poll showed that Bolsonaro has hung on to his core support, with the positive approval rating of his government rising to 33 percent from 30 percent in December. Its negative numbers have risen to 38 percent from 36 percent four months ago.

Datafolha polled 1,503 people by telephone on Monday. The poll has a margin of error of three percentage points up or down.