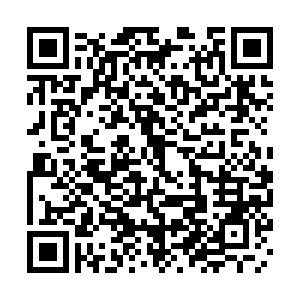 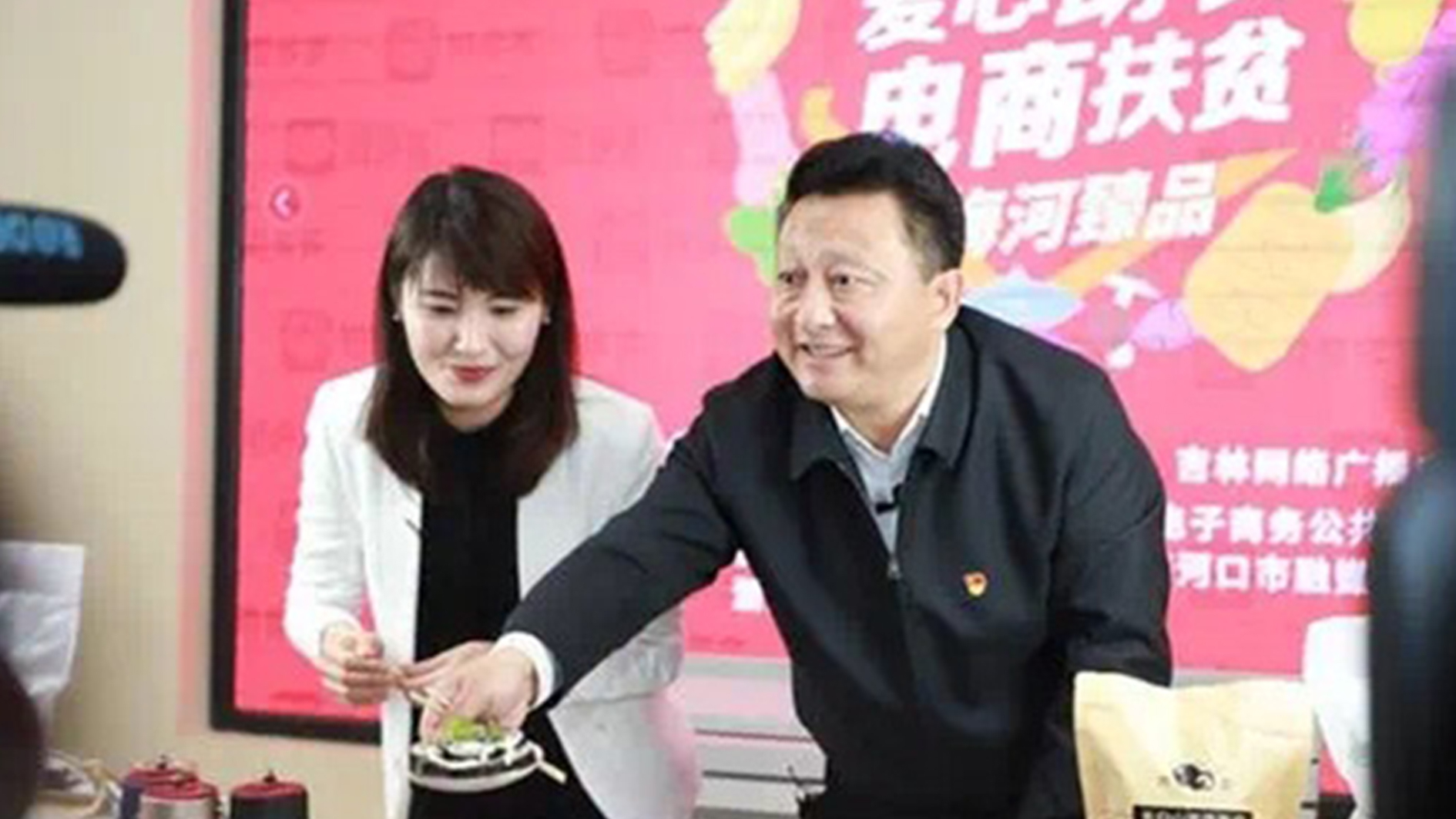 China is on the way to achieve zero poverty by the end of 2020. When the COVID-19 epidemic struck the country in late December and crippled a large proportion of the production activities during the first quarter, it also brought unprecedented challenges to the poverty alleviation course.

The measures to contain the virus mainly restrict the movement of people and goods, which often lead to the disruption of supply chains and trade of agricultural products. However, the difficulties have also catalyzed new growth drivers – mainly brought by digital technologies such as broadband, cloud computing, artificial intelligence, and blockchain.

Livestreaming out of poverty

For farmers in Meihekou city in northeast China's Jilin Province, they have experienced the brunt of the coronavirus. The city mayor told CGTN the epidemic delayed the spring planting for the farmers, stopped migrant farmers going back to work, and disrupted the transportation of agricultural products, leading to an increase in consumer prices and income losses for smallholder farmers.

On the first day, Cui attracted 1,280,000 viewers, selling 44 tons of rice, nearly 10,000 orders for cold noodles, pine nuts, and other agricultural products. The total amount of sales on Pinduoduo alone is more than one million yuan.

Cui is not the only city mayor who livestreams to promote local agricultural products. A growing number of mayors, county, and village heads are looking towards online platforms to regenerate the local economy in China, and e-commerce platforms are showing increasing interest in rural commerce.

"The city government has taken a series of measures to help farmers out of poverty, especially by strengthening cooperation with multiple e-commerce and video sharing platforms, like Pinduoduo, Tiktok, Kuaishou and Huoshan," Cui told CGTN, adding more county and village heads will soon join the livestreaming, and they plan to livestream at least 30 times a year to promote local agricultural products.

Pinduoduo, China's second-largest e-commerce platform in terms of sales volumes, has cooperated with about a hundred county chiefs to sell local agricultural products through livestreaming since February. It's a major part of its efforts to promote the direct-to-consumer model further, cutting out the middlemen in the supply chain and meanwhile help reduce poverty in China's rural areas.

As of April 20, the project had held nearly 50 such livestreaming events, sold more than 600 million kilograms of agricultural products from nearly 400 rural regions, which include over 230 national-level poverty-stricken counties, benefiting more than 180, 000 farmers and small businesses stricken by the coronavirus.

"Traditional e-commerce platform is more like Google, on which consumers need to search for products. Pinduoudo is more like Facebook, on which we recommend products to our consumers. With the help of AI technology, we can recommend products based on personnel preference," Di Lake, the Vice Director of New Agriculture and Rural Research Institute of Pinduoduo, told CGTN.

Fruits, vegetables and other agricultural products of small businesses usually can't get a high rate of exposure on traditional e-commerce platforms because low profit limits its capability of investing money in online advertisement. 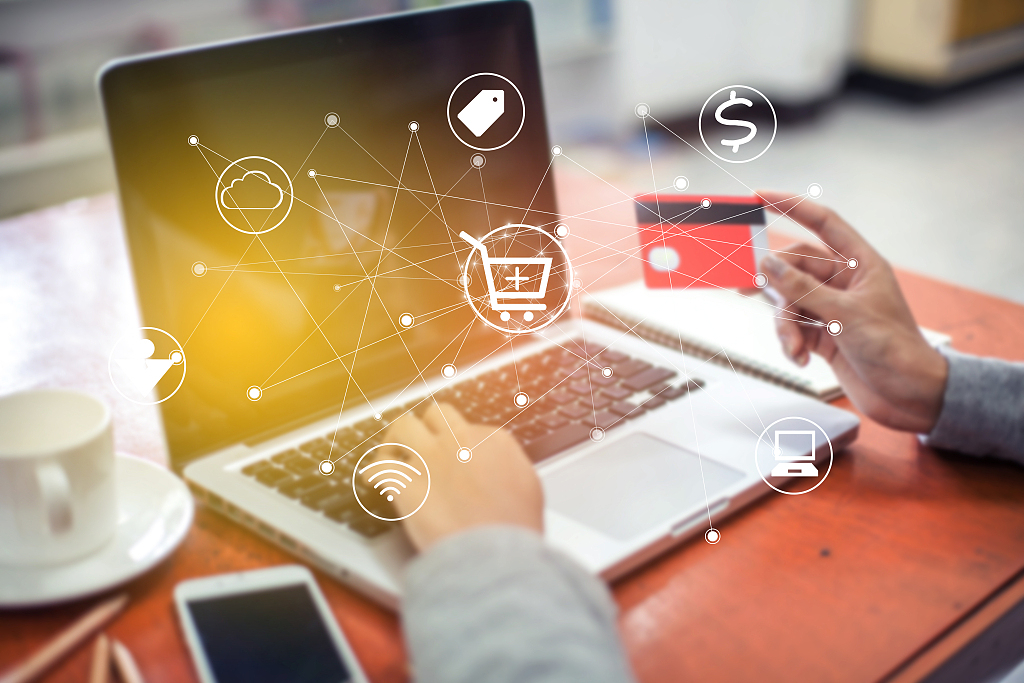 Aside from Pinduoduo, e-commerce retailers like JD.com and Alibaba's Taobao also make use of the technologies, including livestreaming, artificial intelligence, and blockchain to promote agricultural products selling on their platforms, train internet broadcasters, reinforce local logistics system and standardize agricultural production in rural areas.

The data published by Aliresearch shows that the online sales of state-level poverty-stricken counties on all platforms of Alibaba exceeded 63 billion yuan in 2018, and drove the rise of farmer celebrities and star agricultural products, including pear syrup (for the relief of coughs) in Dangshan County, Anhui Province, honey oranges in Nanfeng County, Jiangxi Province and rice in Hinggan League of the Inner Mongolia Autonomous Region.

Rural Taobao, a branch of Taobao founded in 2014, aims at improving the accessibility of products in rural areas by helping build and reinforce the infrastructure and logistics system. It has evolved into a strong thruster for local governments to reduce poverty. Its logistics network covered over 30,000 villages in 2018 from the initial 212 villages. 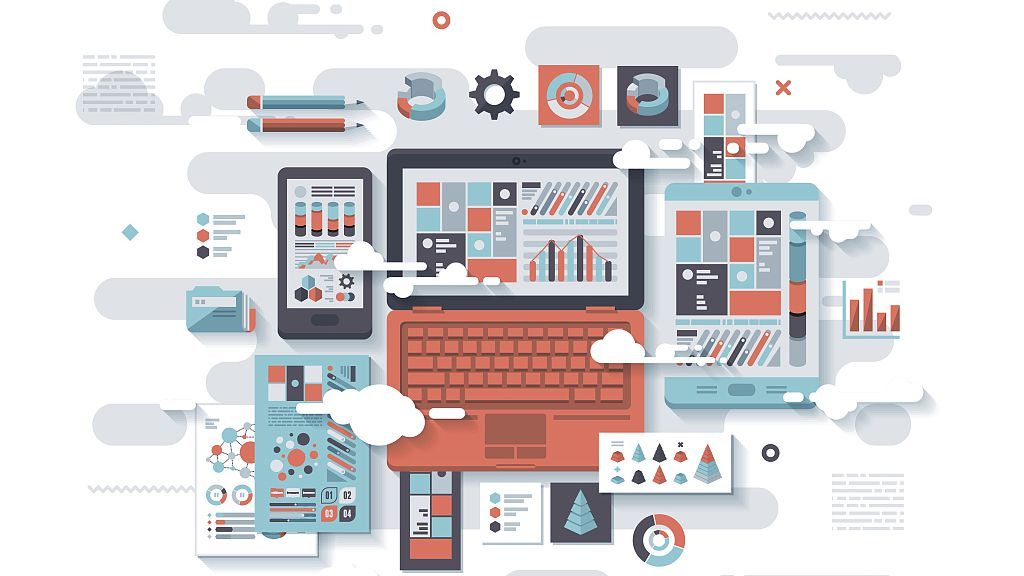 Digital infrastructure behind the boom

Such a trend is not accidental. Behind it is China's continuous investment in digital infrastructure nationwide.

As of March, China's internet users reached 904 million, an eight-percent increase compared to that of last December. And statistics show that there is barely any difference between the internet speeds in urban and rural areas.

Not only that, but the country is also actively promoting the construction of "new infrastructure", including 5G, big data, artificial intelligence, blockchain, and converged infrastructure supported by the application of these technologies, aiming to promote industrial upgrade, foster new growth drivers, and create more jobs, thus meeting the current needs and serving the long-term interests.