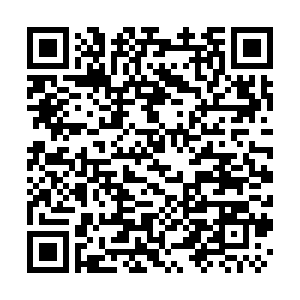 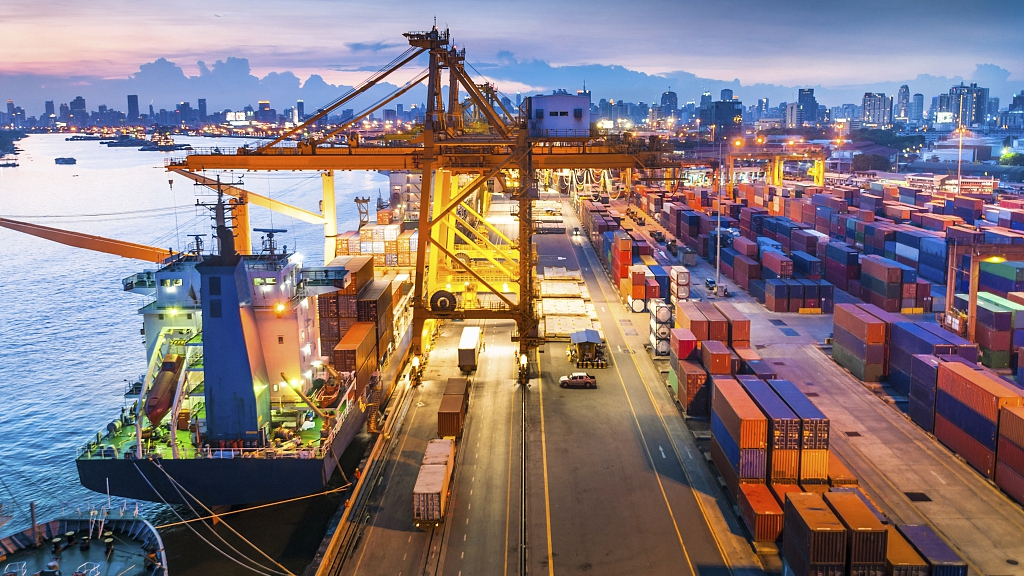 Economists in a Reuters poll estimated both imports and exports would suffer double-digit drops in April after a tentative recovery in March since the COVID-19 pandemic slashed global demand and disrupted supply chains.

The poll expected exports to have fallen 15.7 percent while imports were expected to have fallen 11.2 percent, which all worse than the final outcomes released by the General Administration of Customs.

In March, China's exports dropped 6.6 percent from a year ago, and imports edged down 0.9 percent in the same period. 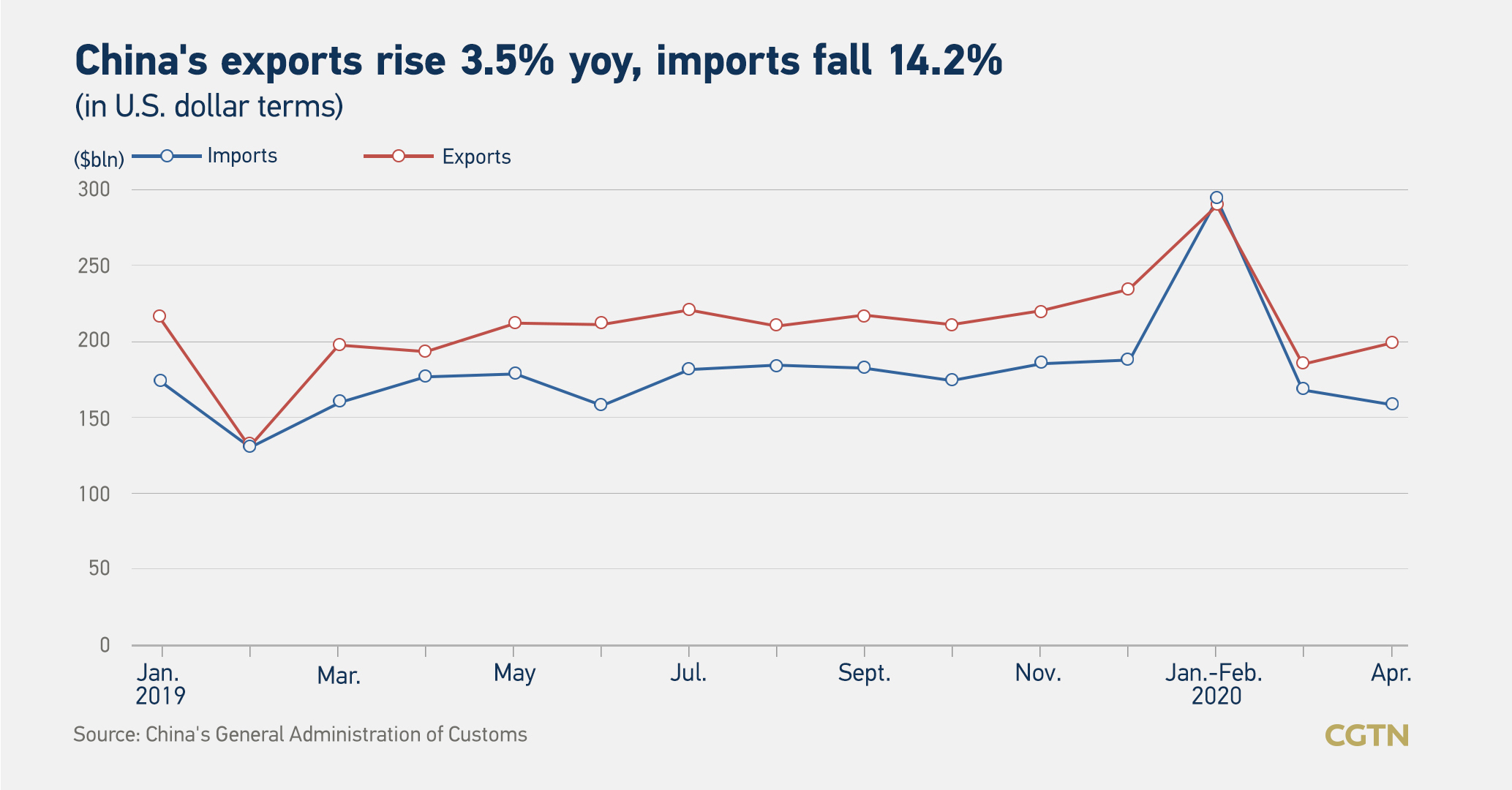 Li Kuiwen, director of the statistics and analysis department at the General Administration of Customs said the data shows recovery in foreign trade.

"Foreign trade declined at a much slower rate in April, 5.7 percentage points less compared to the first quarter," Li said. "Exports saw its first positive growth this year. The numbers show that China has gradually contained the virus, businesses and production have continuously improved and policies to stabilize foreign trade are starting to take effect."

For Liu Chunsheng, an associate professor at the Central University of Finance and Economics, the numbers reflect the reality that the world still needs China's products.

He said the way Chinese companies confronted COVID-19 in the last couple of months is also a crucial reason behind the foreign trade data.

"Chinese foreign trade companies have taken a series of measures to reduce their losses," said Liu, adding that a lot of companies have switched to producing medical supplies, protective equipment and other medical products. 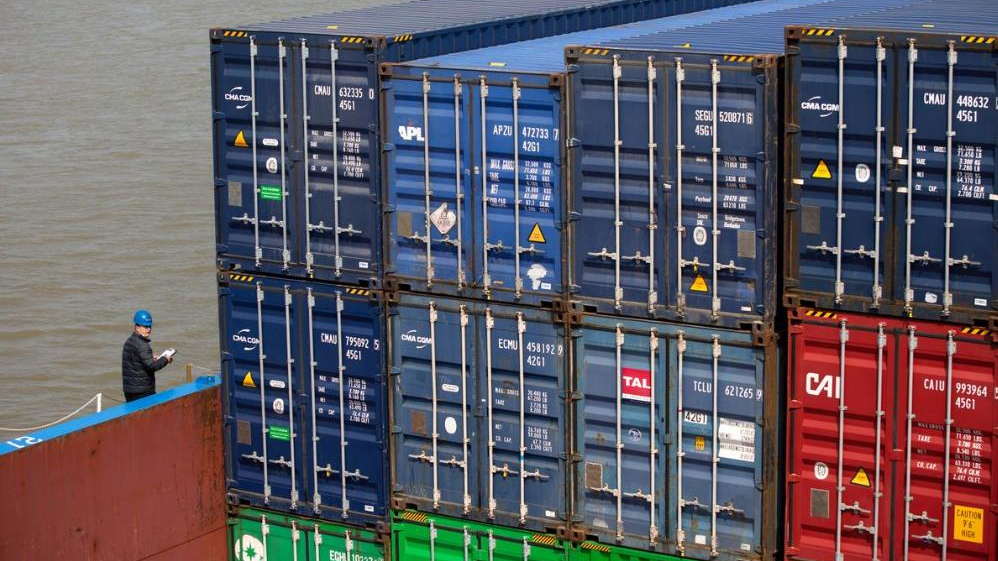 A worker walks past containers at a port after the lockdown was lifted in Wuhan, capital of Hubei Province and China's epicenter of the COVID-19 outbreak, April 12, 2020. /Reuters

A worker walks past containers at a port after the lockdown was lifted in Wuhan, capital of Hubei Province and China's epicenter of the COVID-19 outbreak, April 12, 2020. /Reuters

"Since April, China's exports of anti-epidemic medical supply have shown a significant increase," said the authority. "The average daily export value has increased from about one billion yuan in the early days to more than three billion yuan in recent days."

Liu told CGTN that the medical supplies exports played an important role in the substantial recovery of foreign trade.

ASEAN and Europe up, U.S. down

In the first four months, customs data shows that China's trade volume with ASEAN‎ and European countries, as the first and second-largest trading partner of China, have increased 11.8 and nine percent respectively compared to last year. However, the country's third-largest trading partner, the United States, has seen an 11.2 drop in trade with China year-on-year, including a 26.8 percent drop in exports to China.

"Alarmed by the China- U.S. trade war, rather than relying on a single market, China's foreign trade companies have paid a lot of effort in market diversification, which has reflected in the rise of import and export with ASEAN countries and countries in the network of the Belt and Road Initiative," Liu said.

China's total import and export value of goods reached 1.3 trillion U.S. dollars from January to April, among which 43.2 percent was conducted by private enterprises.

To lower financing costs for companies hit by the pandemic, China has announced a host of fiscal measures, ranging from tax cuts to special bonds. In early April, the country's central bank said that it would inject an extra 100 billion yuan (14.19 billion U.S. dollars) through liquidity tools.

The one-year medium-term lending facility, or MLF loans, to financial institutions was lowed to 2.95 percent in April, while the country's benchmark loan prime rate was also cut to 3.85 percent.

The monetary policy may provide appropriate relief in the future, as the epidemic has hit foreign trade hard, said Zhang Xu, chief analyst for fixed income from Everbright Securities. "However, we believe that such relief policies will most likely be structural and direct, which can prevent liquidity accumulation in the banking system."

"The relief measures for import and export enterprises should not rely solely on monetary policy. In fact, some fiscal policies and industrial policies are more effective in this regard," Zhang told CGTN.

Still a long way to go

As the daily number of new coronavirus cases slowed dramatically compared to February, when the pandemic was at its peak in China, the country's businesses are gradually back on track, and most people have returned to work. 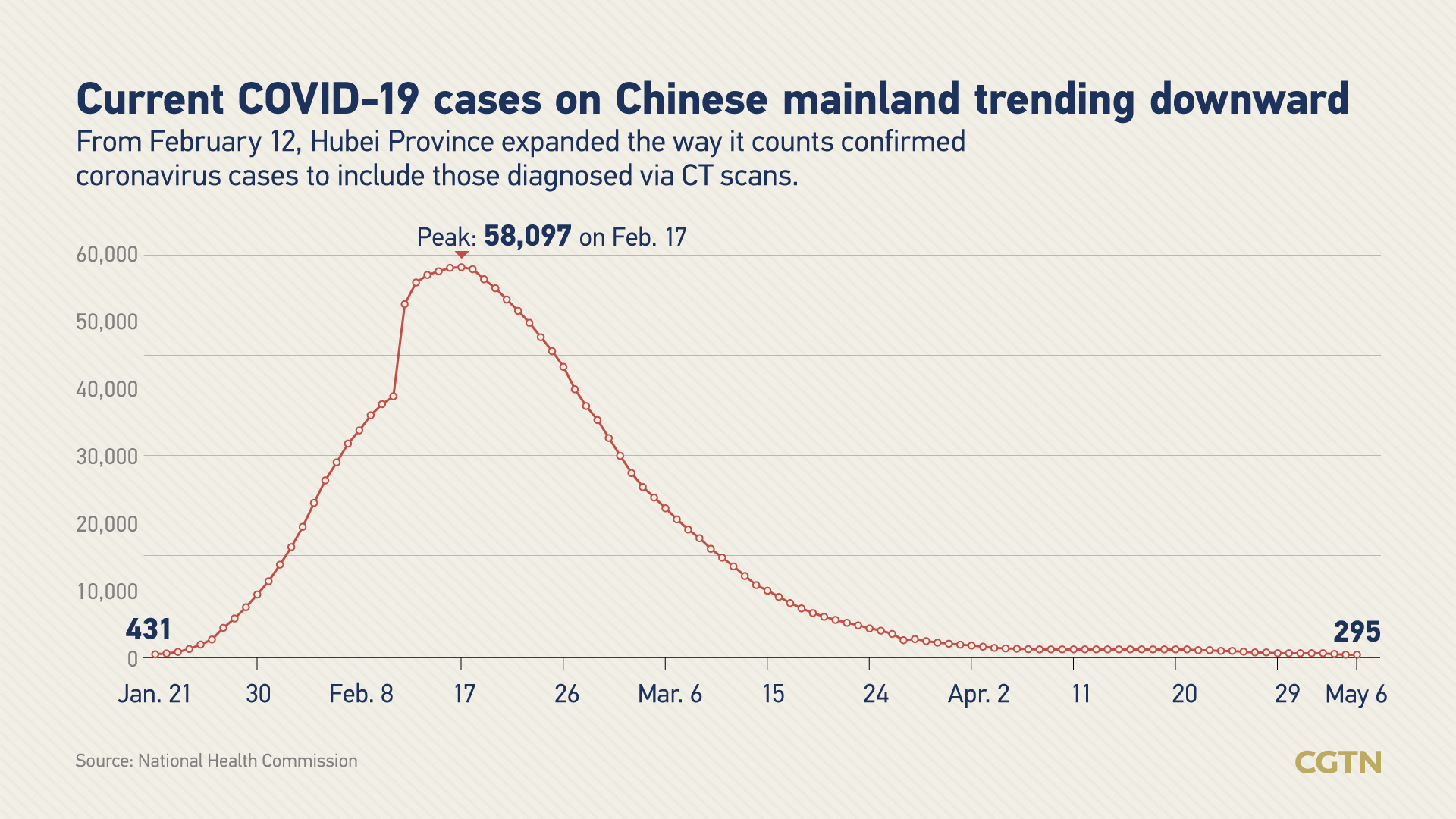 However, new coronavirus cases are yet to stop completely. According to the latest statistics released by Johns Hopkins University, confirmed COVID-19 cases have exceeded 3.7 million globally, with the death toll surpassing 260,000.

Considering the global situation, Liu predicted China's foreign trade will gradually recover to what it was from the third quarter this year.

They cautioned that new export orders have seen a substantial drop in April, as indicated in the manufacturing PMI export index dropping to 33.5. They added that the impact should be reflected in the export data for the following two months.