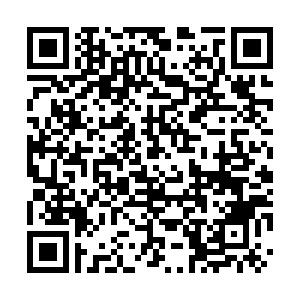 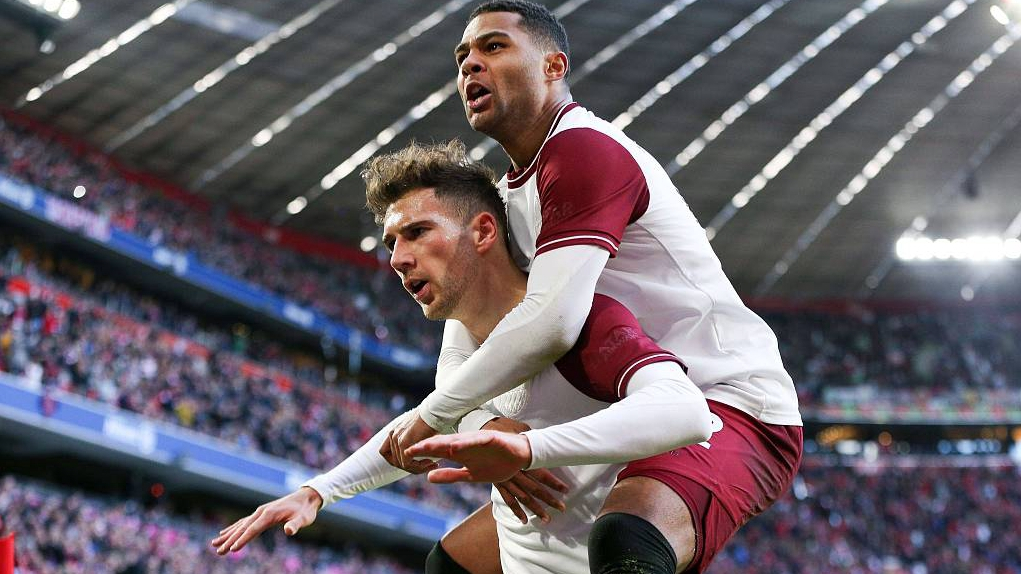 The light at the end of the tunnel can finally be seen.

As the COVID-19 pandemic has forced almost all professional sports to press the pause button for the last few months, those looking to watch some thrilling live action have now been given something to cheer about.

The German Bundesliga is set to become the first major league in Europe to resume playing during the pandemic after Chancellor Angela Merkel declared on Wednesday that the resumption of football would be included in a welcome relaxation of the country's lockdown measures.

The German Football League (DFL) has not announced the exact date for the league's restart, but several local media outlets revealed that the topflight will return on May 15, which was later confirmed by Bundesliga side TSG 1899 Hoffenheim via a Twitter post.

All but two of the 18 Bundesliga clubs have nine matches left to play in the 2019/20 season with leaders Bayern Munich four points ahead of Borussia Dortmund. Permission to restart was granted on condition that guidelines are strictly followed, with players regularly tested. Supporters will not be allowed into stadiums as Germany has banned all mass gatherings until August 31 at the earliest. 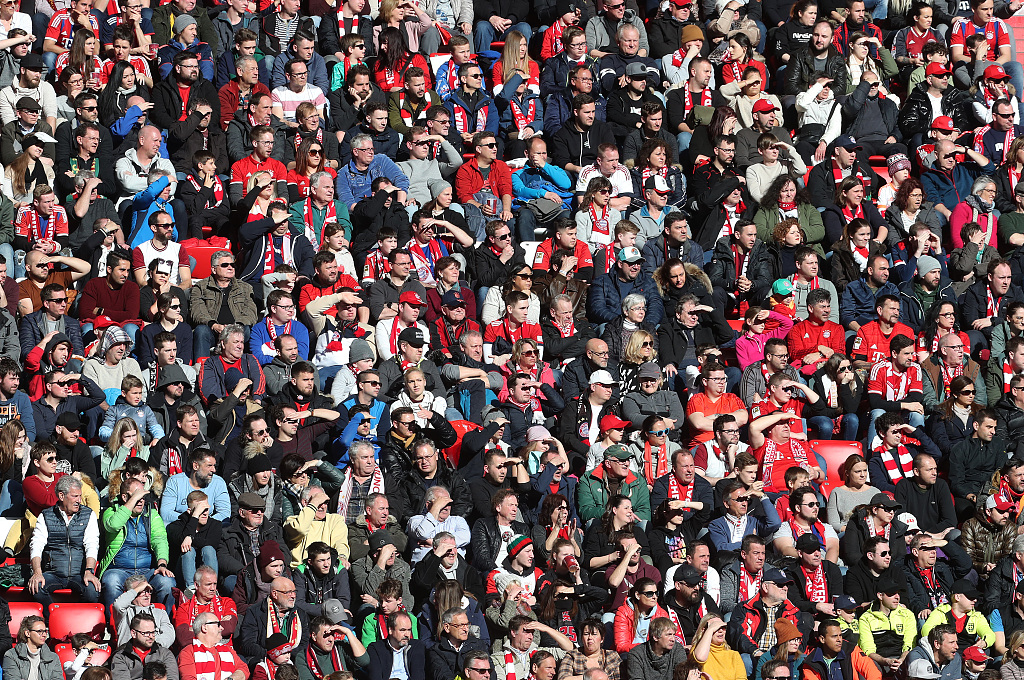 All Bundesliga matches will be played without fans as a precaution when play restarts on May 15, 2020. /VCG

All Bundesliga matches will be played without fans as a precaution when play restarts on May 15, 2020. /VCG

"Today's decision is good news for the Bundesliga and the Bundesliga 2. It is associated with a great responsibility for the clubs and their employees to implement the medical and organizational requirements in a disciplined manner," said DFL chief executive Christian Seifert. "Games without spectators are not an ideal solution for anyone. In a crisis threatening the very existence of some clubs, however, it is the only way to keep the leagues in their current form."

"I appeal to everyone involved to follow the requirements, which are the basis for resuming games, in an exemplary and extremely disciplined manner," added Bayern chairman Karl Heinz Rummenigge.

Their calls for extreme caution are warranted. The Bundesliga's possible return had been thrown into doubt after Cologne reported three club staff members had tested positive for COVID-19 and Hertha Berlin striker Salomon Kalou was suspended after flaunting social distancing measures laid out by the league.

The situation became more delicate and complex earlier this week when 10 people were found to have contracted the coronavirus after a total of 1,724 tests had been conducted throughout the first and second-tier of the league.

However, for the Bundesliga, the burning desire to restart the current season as soon as possible is all about survival. Giant clubs like Schalke 04 have publicly waved the white flag and called the crisis "existence-threatening," while Seifert has also pointed out that wiping out the whole campaign would incur more than 815 million U.S. dollars losses and "ruin German football." 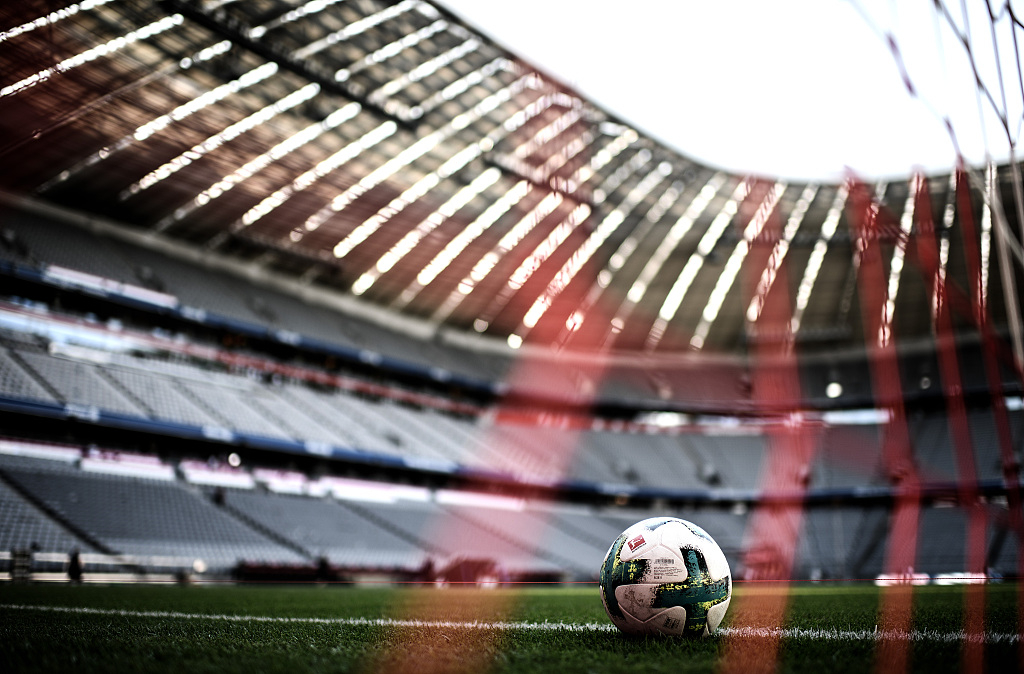 A ball with the Bundesliga logo seen prior to the match between FC Bayern Munich and Leverkusen at Allianz Arena, Munich, Germany, August 18, 2017. /VCG

A ball with the Bundesliga logo seen prior to the match between FC Bayern Munich and Leverkusen at Allianz Arena, Munich, Germany, August 18, 2017. /VCG

Markus Soder, the minister president of Bavaria and chairman of the Christian Social Union, admitted that the decision to bring football back while the rest of the world is still grappling with the spread of the coronavirus will inevitably lead to some backlash.

"We have agreed sensibly. We know that it is very controversial. I know that those responsible in the clubs will do everything possible to comply with the regulations. But the players must also adhere to it," he said.

Germany has been relatively more successful than its European neighbors in restricting the spread of COVID-19, but Karl Lauterbach, the health expert of Germany's Social Democratic Party, showed little optimism and warned that it was still too early to restart the league.

"The hygiene concept does not work, and the signal is fatal," he said, adding that football's rush to return was driven by commercial interests. 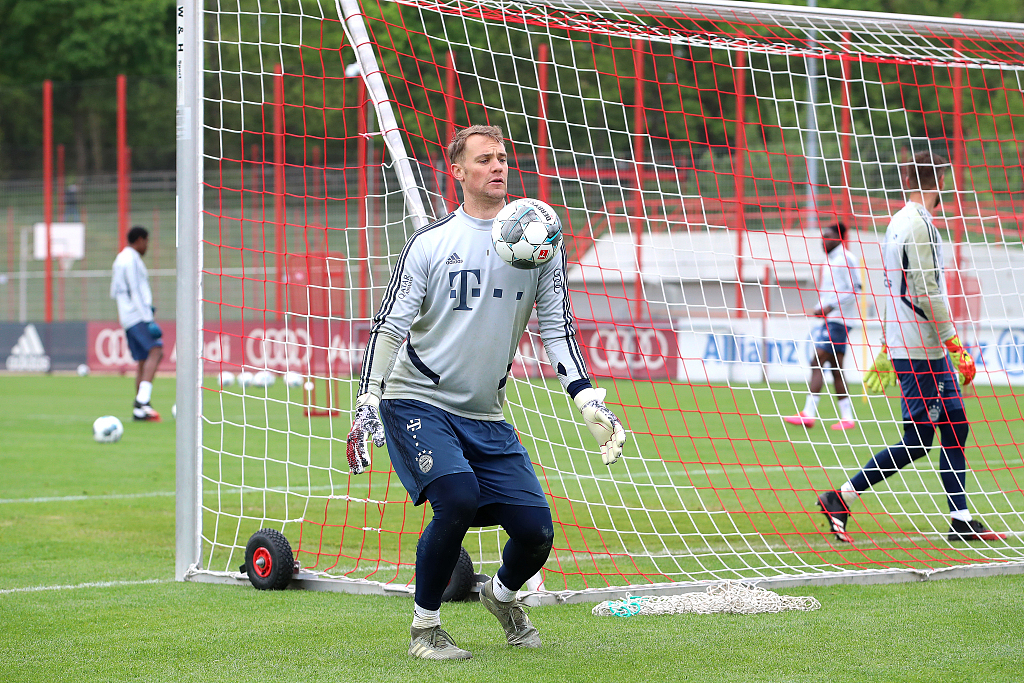 There could be more bumps in the road ahead as the issues around testing of players, hygiene and medical protocols at training grounds and stadiums require extreme caution and flawless cooperation between all stakeholders.

Amid all the uncertainty, Bayern and Germany national team captain Manuel Neuer is looking to offer some reassurance.

"The eyes of Europe and all of the world will be on us," he told German newspaper FAZ.

"We are particularly responsible for tens of thousands of jobs in diverse industries that live with, and through, football. And we are responsible for all those fans for whom football is a big part of their lives," he added.

"We must be aware of this enormous responsibility. It is now up to us." Lionel Messi arrives at Ciutat Esportiva Joan Gamper as he prepares to return to training, Barcelona, Spain, May 6, 2020. /VCG

Lionel Messi arrives at Ciutat Esportiva Joan Gamper as he prepares to return to training, Barcelona, Spain, May 6, 2020. /VCG

Elsewhere, Barcelona captain Lionel Messi and other La Liga stars returned to training on Wednesday for the first time since Spain entered a coronavirus lockdown in March.

The league has vowed to finish the current season behind closed doors, with games aiming to start in the middle of June.

Meanwhile, Juventus of Italy have confirmed that striker Paulo Dybala has fully recovered from the coronavirus after he was first tested positive more than a month ago.

"The player, currently asymptomatic, was immediately placed in quarantine and will be constantly monitored," the club said on its website on Wednesday without providing any further details.

However, Juventus' city rivals Torino revealed that an unidentified player had been diagnosed with the deadly virus during a blanket testing of players and staff this week.

Torino have been one of the clubs to voice doubts about football's premature return to action as Serie A is eyeing a resumption of the season in June.