How do China's five-year plans address the environment?
CGTN 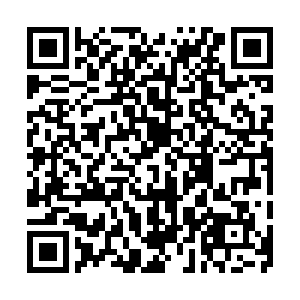 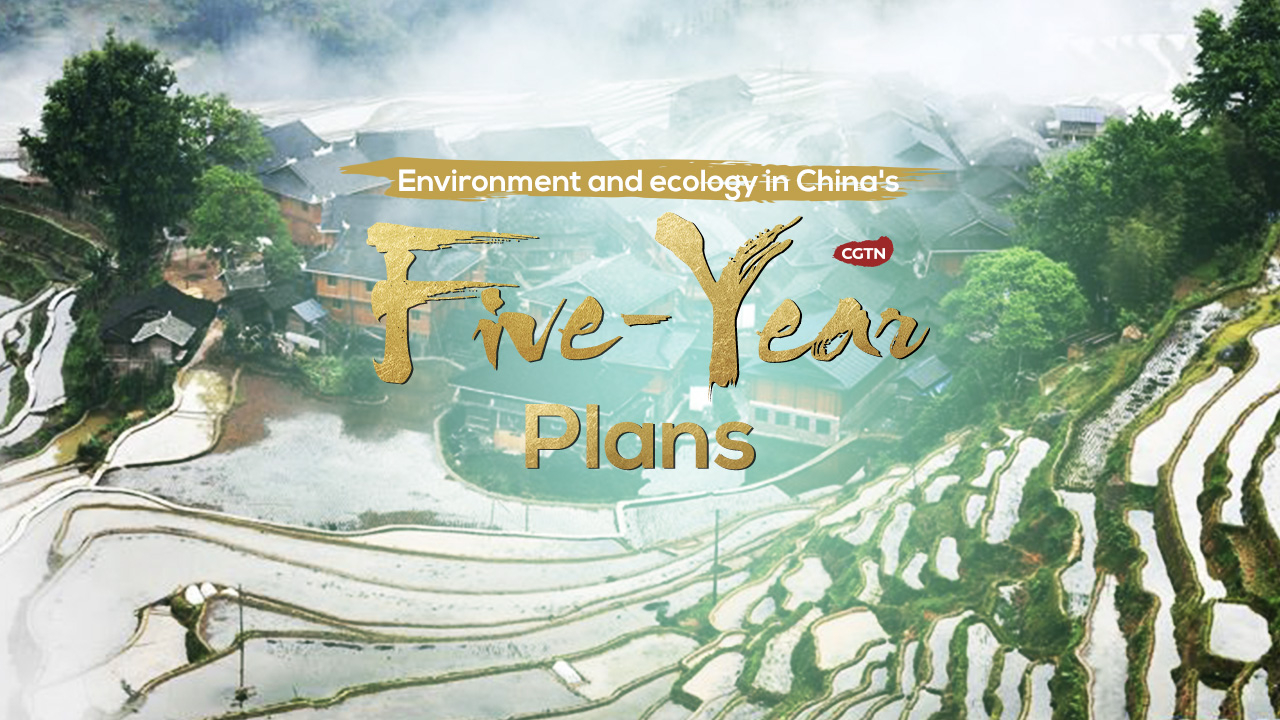 Environmental and ecological protection has been an important part of China's national economic and social development planning system, as the country is accelerating its green transformation and striding toward its goal of building a beautiful China.

China's Five-Year Plan (FYP) is one of the country's most important policy blueprints. Drawn up every five years since 1953, it sets medium-term goals for China's social and economic development and is the barometer against which progress is measured. 2020 is the last year of the 13th Five-Year Plan, which was adopted on March 15, 2016.

Environment in the 13th FYP

The major target of the 13th FYP is to actualize an overall improvement in the country's environment with green practices in production and daily life, less pollution, and stable biological diversity.

Promoting ecological progress and building a beautiful China were written into the current five-year plan for the first time. Of its 13 binding targets, 10 relate to the environment and natural resources.

Kevin Mo, managing director for climate and sustainable urbanization at the Paulson Institute, noted that, "What's exciting is that the government is taking an integrated approach, tackling air quality, climate change, and the development of a new model of growth together instead of treating them as separate issues." 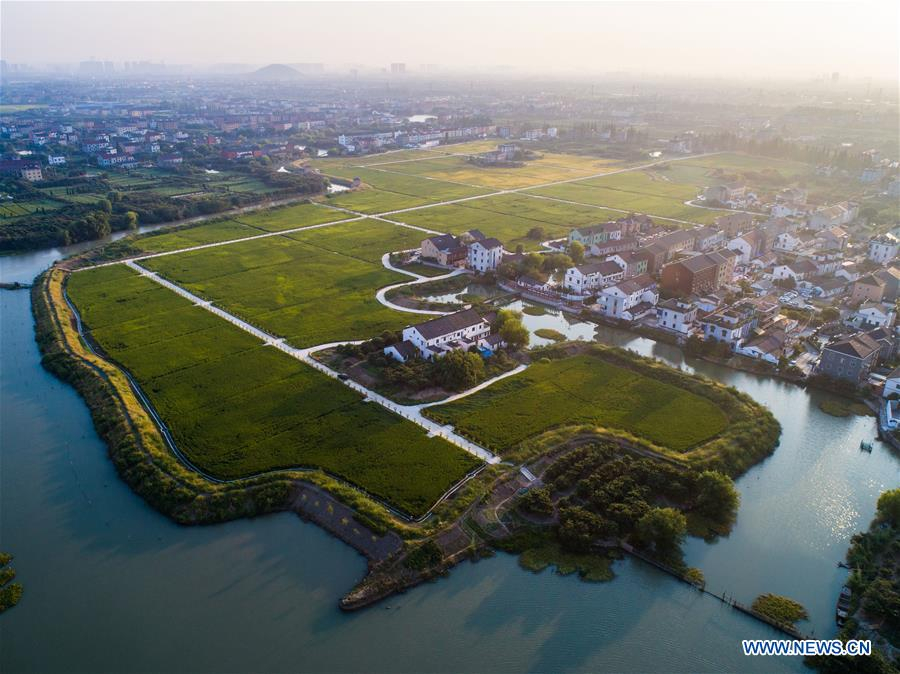 A retrospect of China's environment in previous FYPs

China's economic growth has not come without negative consequences for the environment and climate. In the late 1970s, China's economy began expanding and this growth accelerated in the following decades, during which problems of environmental pollution also increased.

To strike a balance between economic boom and environmental burden, the country has endeavored to wean its economy off excessive environment-damaging development and advance well-coordinated environmental conservation.

The goal reflected the country's determination and good intentions to control pollution at that time. However, due to an underestimation of the complexity of environmental pollution and the arduousness of pollution control, this goal was not achieved.

The seventh FYP highlighted the comprehensive improvement of the urban environment and the prevention and control of industrial pollution. It emphasized that different regions and industries should put forward their own environmental protection goals.

In the eighth FYP, industrial pollution prevention and comprehensive improvement of the urban environment achieved remarkable results, and great progress was made in the construction of nature reserves. During this period, environmental protection planning methods and technical specifications were further improved, and computer and other information technology methods began to be applied.

For the first time, a unified national environmental protection planning outline was formulated, which created favorable conditions for the environment protection plan to further comprehensively become integrated into the national economic and social development plan.

The country also began to shoulder more international responsibility and made cutting greenhouse gas emissions a goal for the first time.

In March 1996, the Fourth Session of the Eighth National People's Congress approved the National Ninth Five Year Plan for Social and Economic Development and the Long-term Target for the Year 2010, which clearly pointed out the environmental goal for the years before the end of the century and the beginning of next century.

In September, the State Council approved the two plans, which are major measures adopted to realize the environmental goal set for the ninth FYP period.

The tenth FYP sticks to the basic national policy of environmental protection and sustainable development strategy, adheres to the principle of equal emphasis on pollution prevention and ecological protection, with the protection of people's health as the fundamental starting point. During this period, China made some progress in environment protection but didn't realize all of the goals.

In the 11th FYP, the two major pollutant control indicators of sulfur dioxide and chemical oxygen demand were included in the five-year plan for national economic and social development as binding indicators for the first time.

Pollution reduction became the main task of environmental protection in all regions and departments and the common concern of the whole society.

Based on official Chinese data and independent research, the Chinese government largely met its 12th FYP targets for energy consumption and carbon and pollutant emissions reduction.

But acknowledging that these efforts were insufficient, Premier Li Keqiang "declared war" on pollution at the 2014 National People's Congress, and in 2016 he stressed strict enforcement of environmental standards – a key weakness of environmental efforts under the 12th FYP – stating that violators would be "severely punished."

China has taken urgent action to combat climate change and adopted effective policies to strengthen its response, demonstrating its commitment to sustainable development and transformation to a low-carbon green economy, according to China's Progress Report on Implementation of the 2030 Agenda for Sustainable Development.

In 2016, China joined the Paris Agreement. According to the 2019 report on China's Policies and Actions for Addressing Climate Change, China's CO2 emissions per unit of GDP dropped by 45.8 percent from the 2005 level, meeting the target of a 40 to 45 percent decrease by 2020 ahead of schedule. The growth rate of China's territorial emissions in tCO2 per person has showed a downward trend since the 12th FYP. 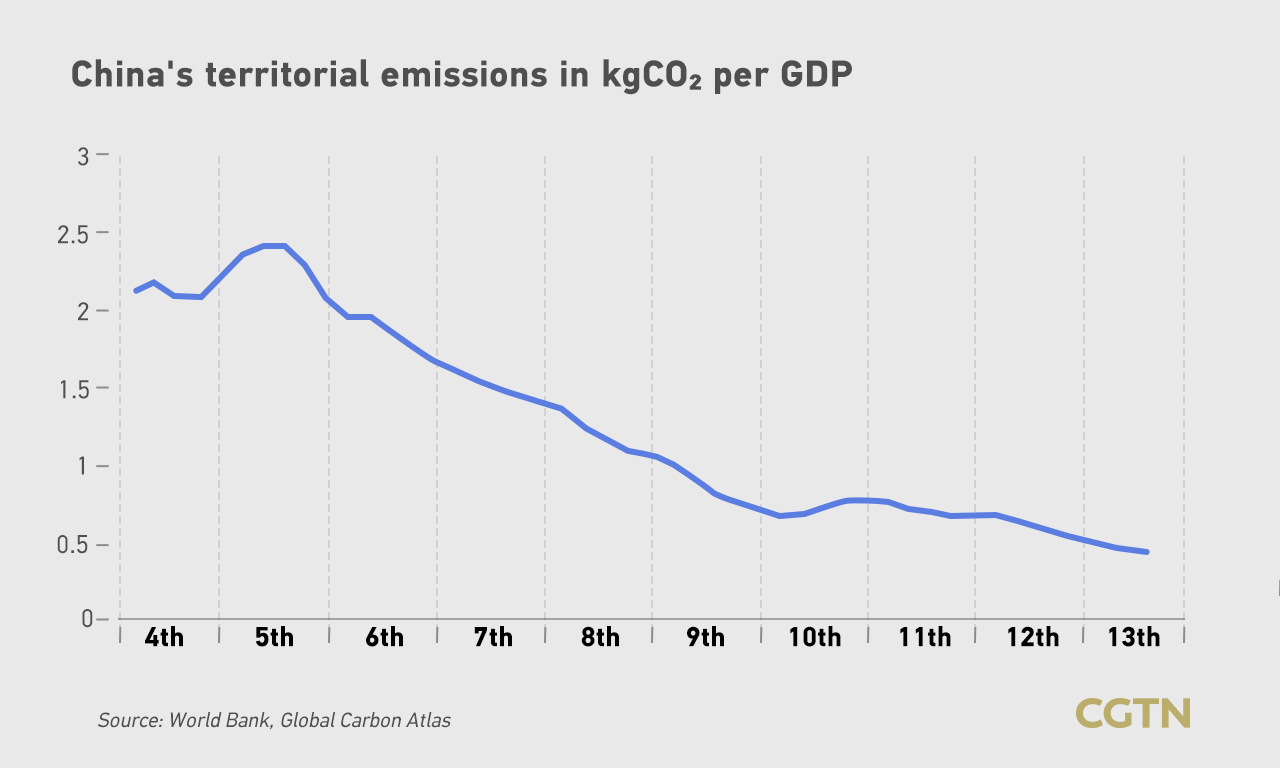 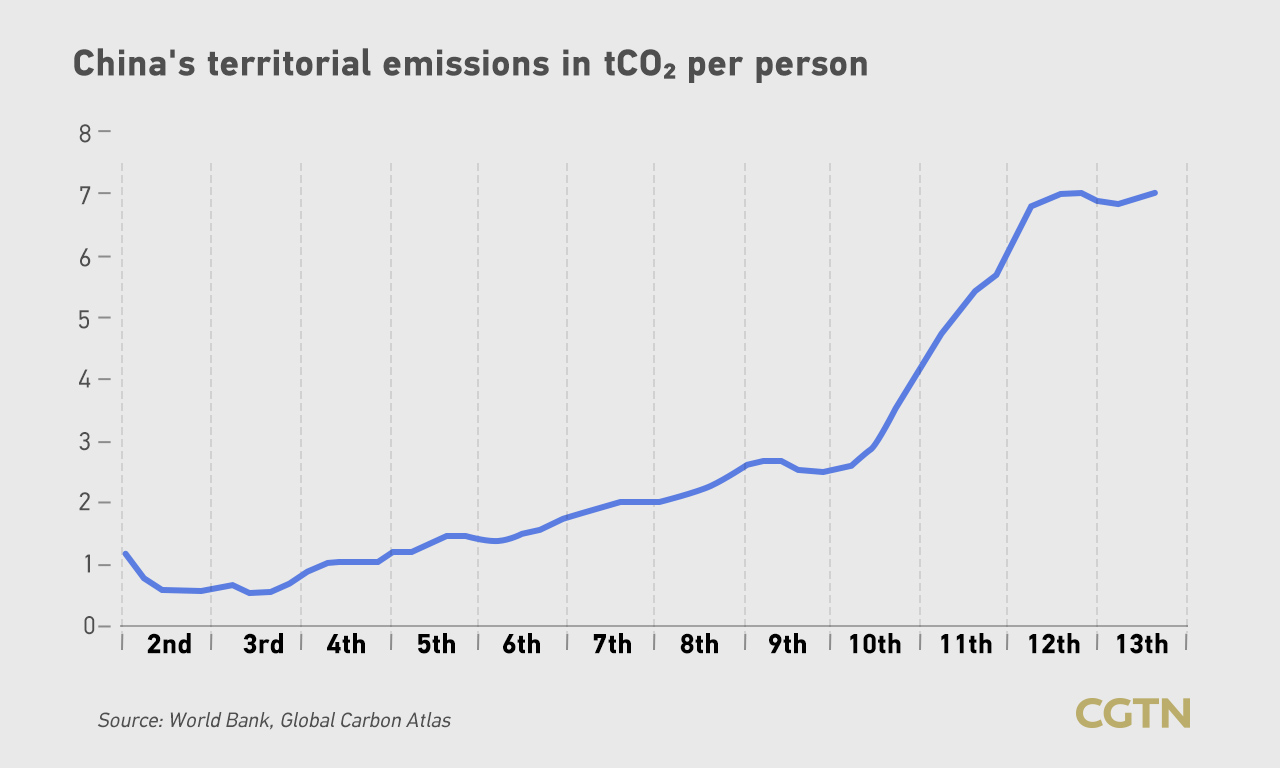 Meanwhile, the share of non-fossil fuels in China's primary energy consumption rose from 12 to 14.3 percent from 2017 to 2018, and power generated from renewable energy sources accounted for 26.7 percent of total power output in 2018.