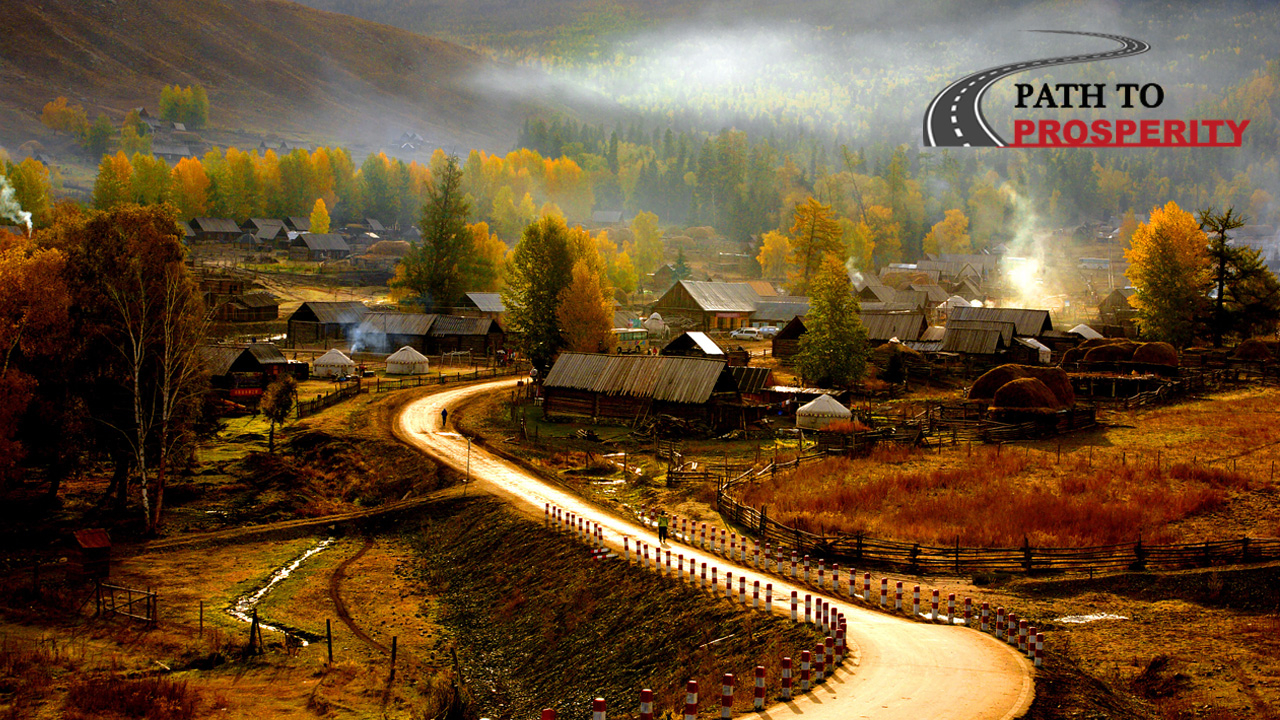 From a farmer to a salaried worker, villager Metkasim Meshirip has managed to get rid of poverty, thanks to an employment-based poverty alleviation strategy in northwest China's Xinjiang Uygur Autonomous Region.

In Xinjiang, about 645,000 people were lifted out of poverty in 2019, reducing the poverty rate to 1.2 percent from 6.1 percent a year earlier. The region still needs to lift an additional 165,000 people out of poverty to meet the 2020 poverty alleviation goal, a tough but must-win battle for China.

Previously, poor laborers in the county had to sacrifice their family life for a higher income by migrating for work, or tolerating unstable and low income to stay with their families.

In order to assist local farmers and herdsmen into work in nearby neighborhoods, the county government established nine factory areas. 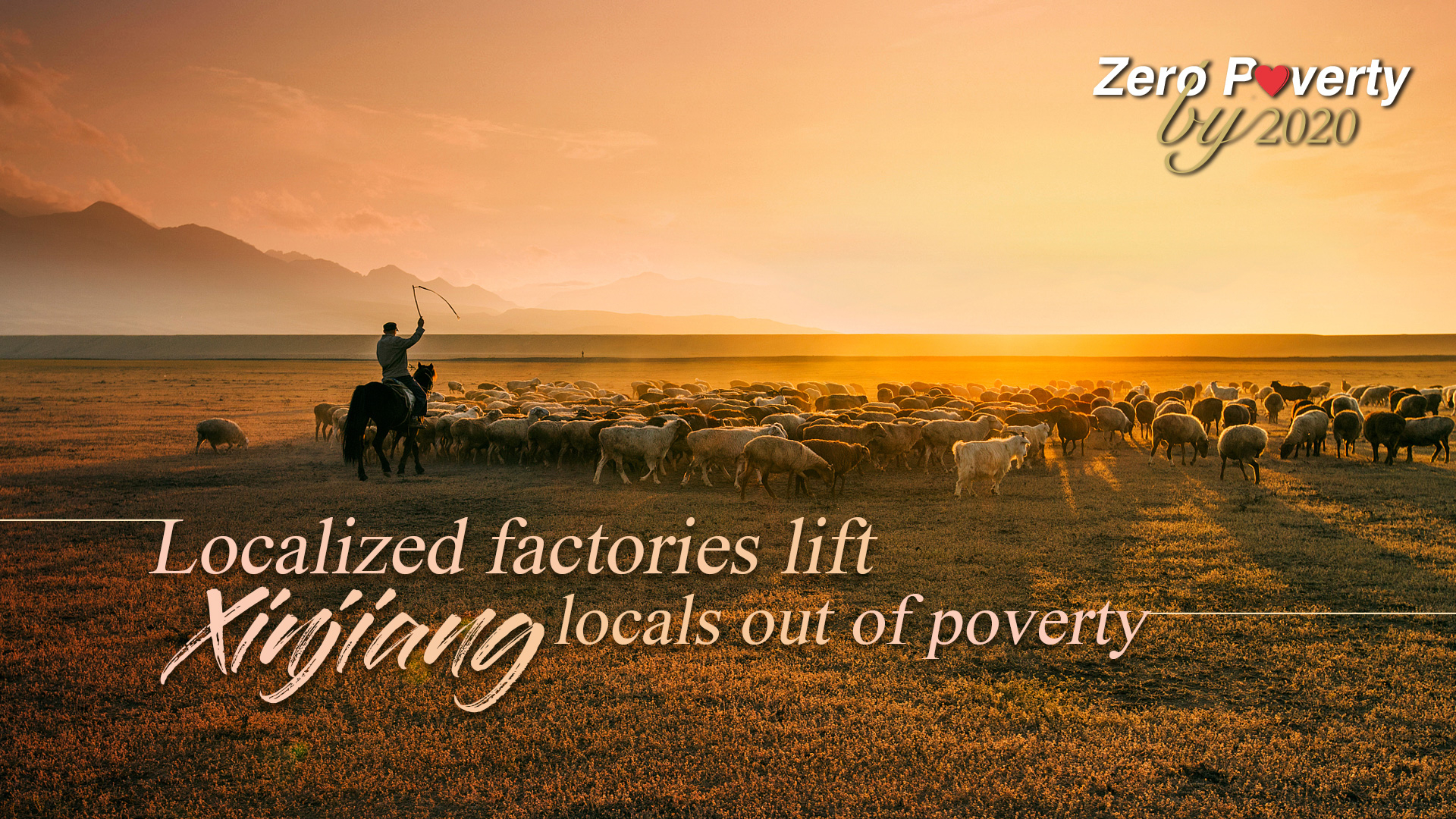 Meshirip used to feed his family of six by farm work and taking part-time jobs in the township. But now, both Meshirip and his wife enjoy better income by working in a naan factory. His income increased from 2,000 yuan to 5,000 yuan per month.

"I didn't expect us to have stable jobs without leaving the village. My wife kneads the dough while I make the naan. We can head home and take care of our kids after work," Meshirip said.

"[Working here] feels just like cooking at home. I happily earn 5,000 yuan every month," he added.

Meshirip is just one of tens of thousand beneficiaries who can now pretty much balance work and family life, while being lifted out of poor living conditions.

The food factory was established in December 2018 and has attracted about 100 villagers from Tugmankucha village, where Meshirip lives, to work there. 71 out of them are from registered impoverished households.

Günayimhan Metusun, a villager from a registered impoverished household in Siyek, used to make a very low income from farming. She started working at an apparel company that was set up in the industrial park of Shenbe Bazar town, Yutian county, in 2018.

"Previously, when I was farming, the income was very low. Now I have a stable job and can take care of my kids back home every day. It feels especially good because I no longer need to ask my husband for money. I made 24,000 yuan last year and bought myself a new cellphone and an electric bike. I also furnished my home with a washing machine and closet," Metusun said.

"I am exceptionally proud," she added.

The Shenbe Bazar government have been working to attract more enterprises, particularly labor-intensive ones, and investment to the area to improve employment.

"As of now, we have built 24 standardized production workshops in the factory area. The total area covers more than 70,000 square meters and has attracted 4 enterprises, among which are companies from the textile, knitting, and apparel sectors," according to party secretary of Shenbe Bazar town, Luo Aike.

Luo said the local government will keep working to attract more enterprises and investment to the area to improve local employment and lay down a solid foundation to achieve the 2020 poverty alleviation goal, citing 3,200 residents have been secured with a job in town, among which 2,218 are from registered impoverished households.

Meanwhile, to provide a preferable environment for enterprises to keep their businesses going and improve convenience for the employees, the local government has optimized the surrounding infrastructures and facilities including training rooms, canteens, dormitories, kindergartens, healthcare clinics and grocery stores, according to Luo.

"Adhering to the goal of the Party Committee of the Xinjiang Uygur Autonomous Region and Hotan prefecture to make sure at least one person from an impoverished household is employed, we have focused on helping surplus labor force find a job elsewhere. Either by assisting them to work in nearby neighborhoods or organizing their transfers to other areas," said He Xuefu, deputy mayor of Yutian county.

He said the government is opening more employment channels through the four-level employment model – leading corporations in counties, larger-scaled enterprises in townships, factories in villages and workshops in households.

"We have made every attempt to transfer the surplus rural labor force in our county to have an edge over the goal of poverty alleviation," he said, adding the county has transferred 51,200 for employment so far, among which 28,305 people are from registered impoverished households.

(Hotan Broadcasting and Television Station contributed to this story.)