Graphics: Why NYC has 200 times more coronavirus cases than Shanghai
By Zhao Hong 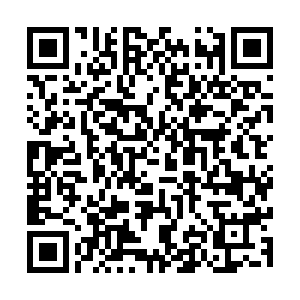 New York is the epicenter of the coronavirus in the United States, with far more cases than many entire countries. Positive tests in the state made up a quarter of those in the whole U.S. as of Friday, with more than 335,000 cases. 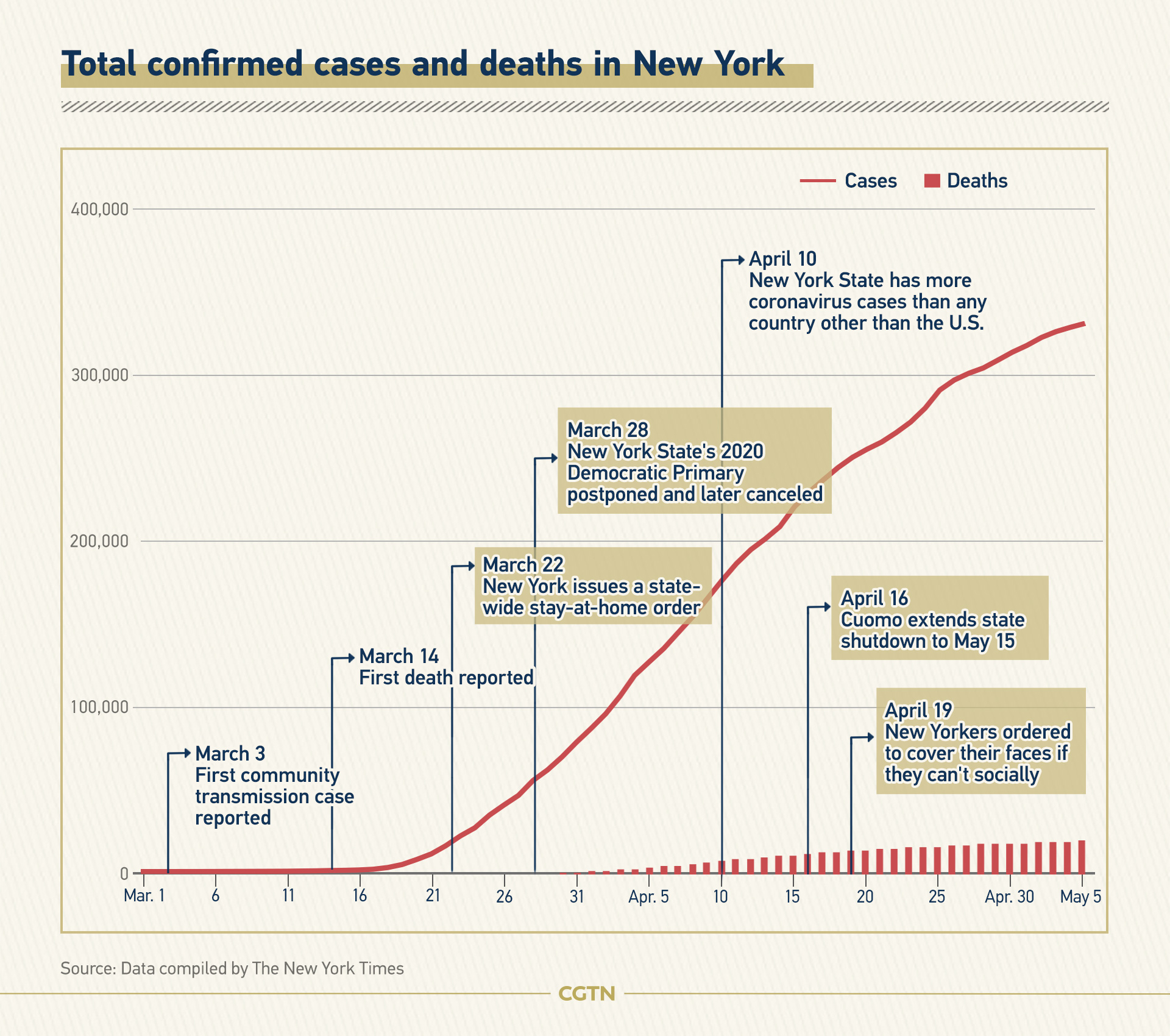 The map below shows coronavirus cases in New York State are particularly concentrated in New York City and nearby suburbs, where nearly half the state's population live. The city had reported more than 187,000 cases as of Friday. 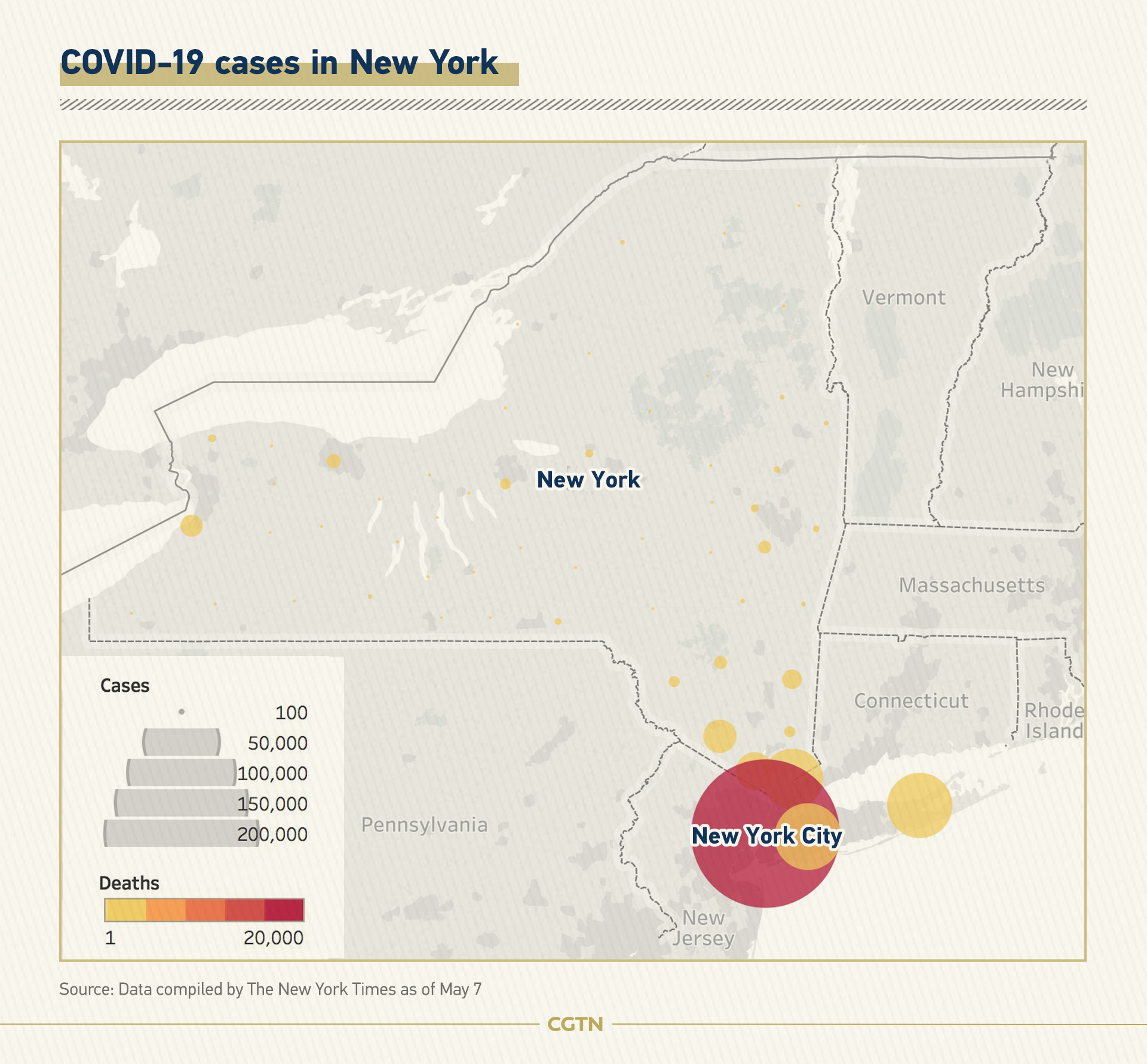 There have been significantly more cases in New York City than other metropolises around the world, such as London, Paris, Shanghai and Tokyo. 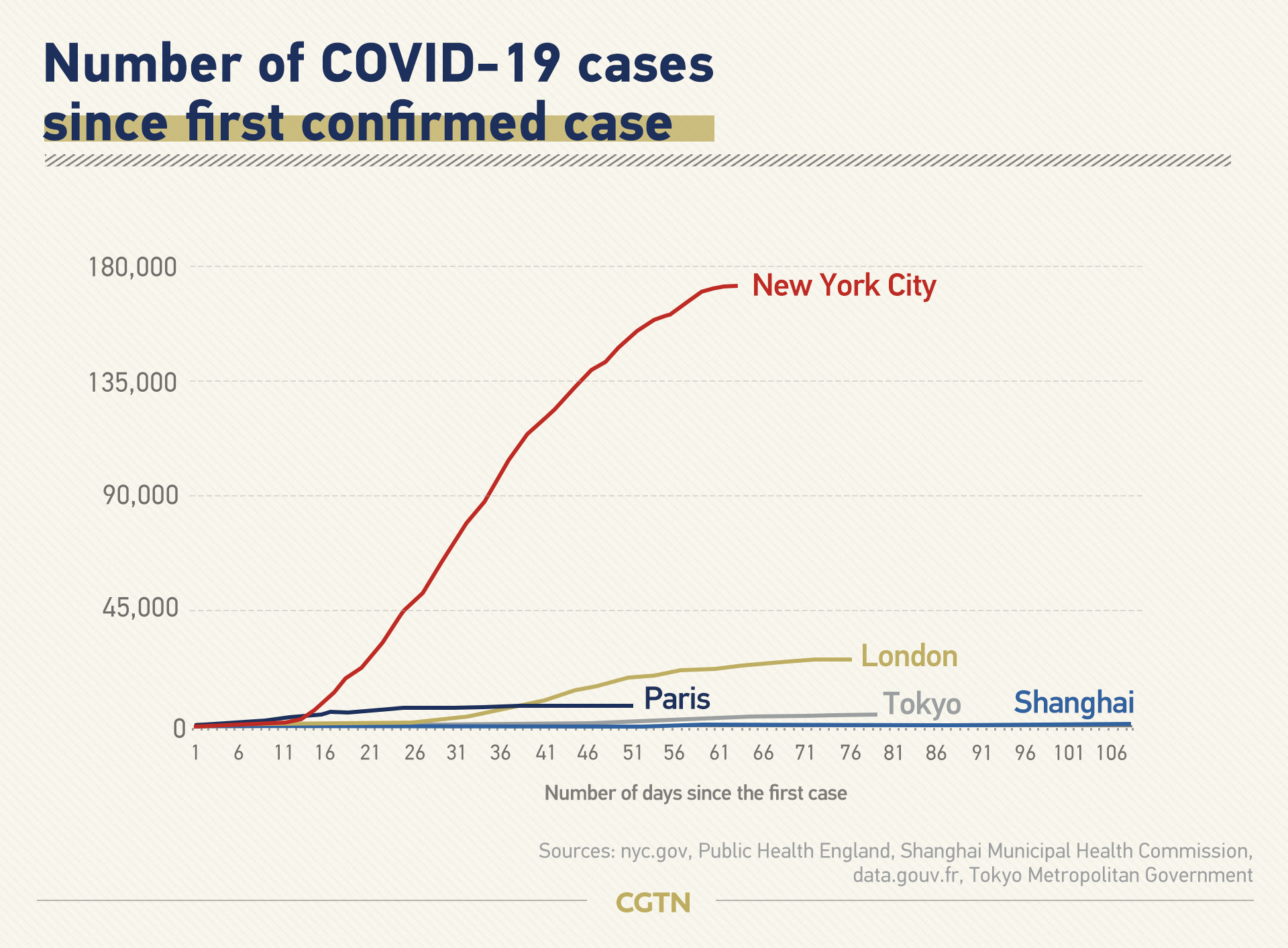 Shanghai, an economic and financial center as well as an international hub of commerce and tourism, is one of the Chinese cities outside Hubei Province with a comparatively large number of COVID-19 cases. 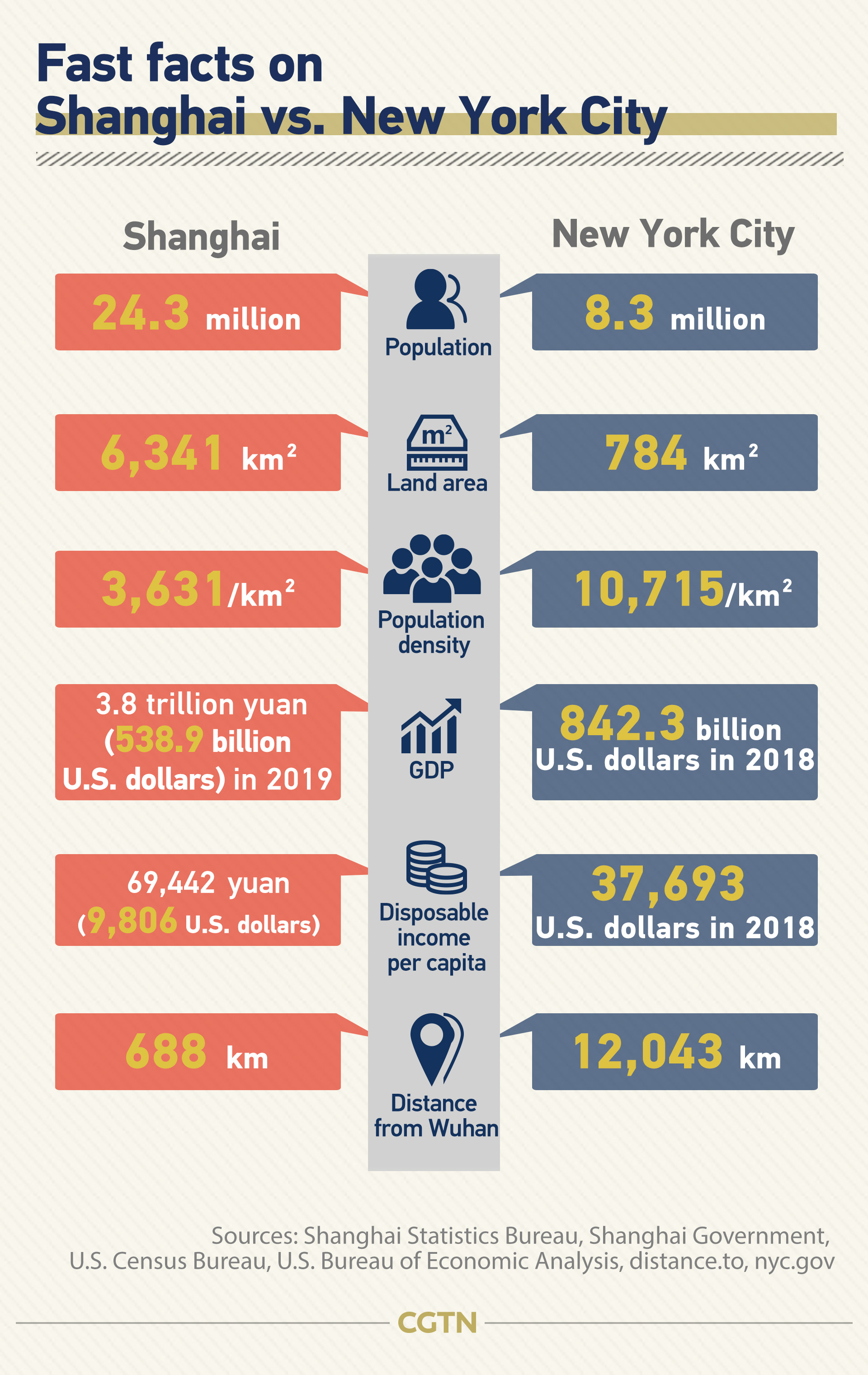 But the number of confirmed cases in Shanghai, nine hours' drive from Wuhan, the epicenter of China's coronavirus outbreak, is only in triple digits.

As of Friday, 657 cases had been reported in the city, including 318 imported from abroad. A total of 623 patients have recovered and discharged from hospitals, while seven have died from the coronavirus disease. 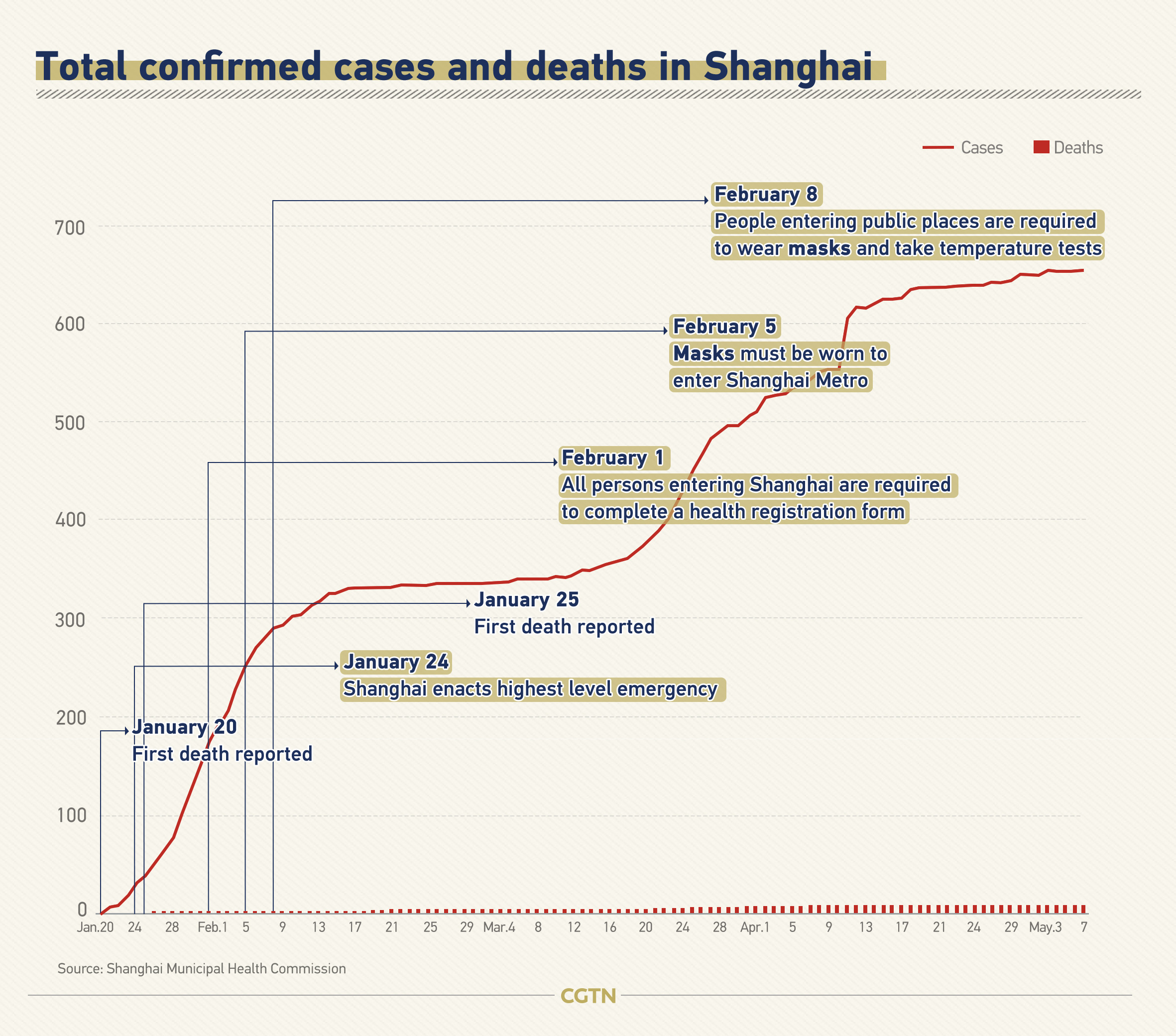 How did Shanghai and New York City respond?

Shanghai launched a Level 1 emergency response – the highest level for a public health emergency – on January 24, four days after its first confirmed case. The emergency response includes a 14-day quarantine and medical observation for arrivals from key infected areas, health screenings at roads leading to the city and the cancellation of large public activities. 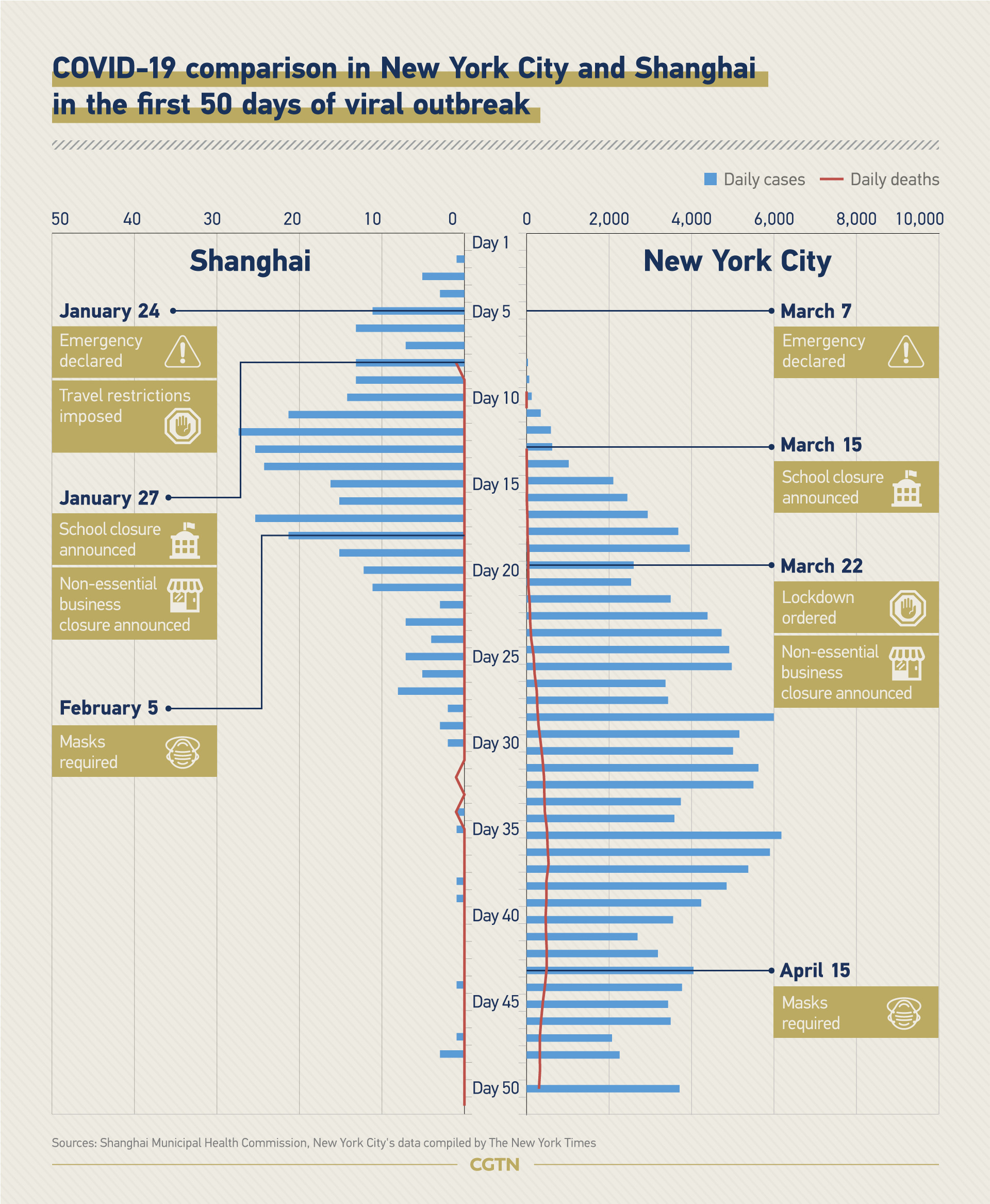 The outbreak happened during China's Spring Festival, when schools and businesses were on a pause. On January 27, Shanghai declared the resumption of operations at schools at all levels and enterprises would be postponed.

New York declared a state of emergency early on March 7, a week after the state's first reported case – a woman who traveled from Iran.

But U.S. politicians gave mixed messages to the public, initially suggesting the outbreak would be readily contained, until the city was overwhelmed with the virus. The state's stay-at-home order came on March 20, and went into effect two days later.

While the state was reluctant to adopt social distancing measures and order non-essential business to close for economic concerns, its decision not to track down suspected cases with widespread testing contributed to the situation rapidly deteriorating.

The U.S. response to the coronavirus has been criticized for delayed and insufficient testing, which made it harder to trace, isolate and contain each case. State and city governments' responses were also hampered by the dysfunctional federal response and significant flaws in the Centers for Disease Control and Prevention testing plan. New York was the first state to obtain federal approval for its own coronavirus testing. 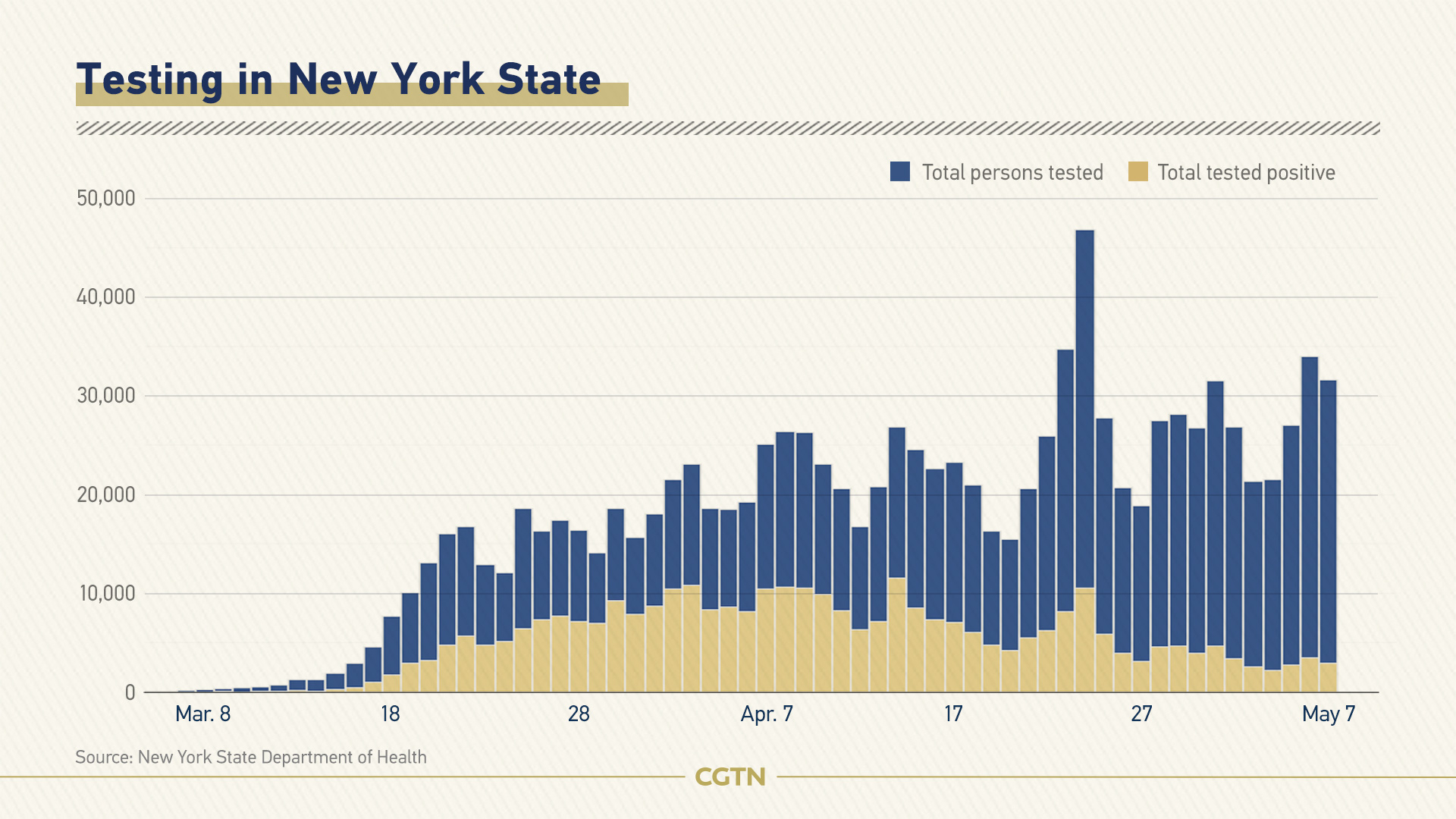 The number of reported cases is thought to be much lower than the number of people actually infected. New York City is "discouraging people with mild to moderate symptoms from being tested at this time, so the data primarily represent people with more severe illness," as stated on its official website.

In Shanghai, tests are not only used to diagnose patients, but also to trace the contacts of the infected, even those without symptoms. On April 8, Shanghai publicly encouraged enterprises to conduct testing on returned employees as the city returned to work.