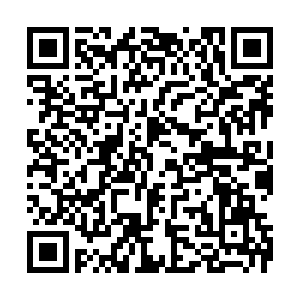 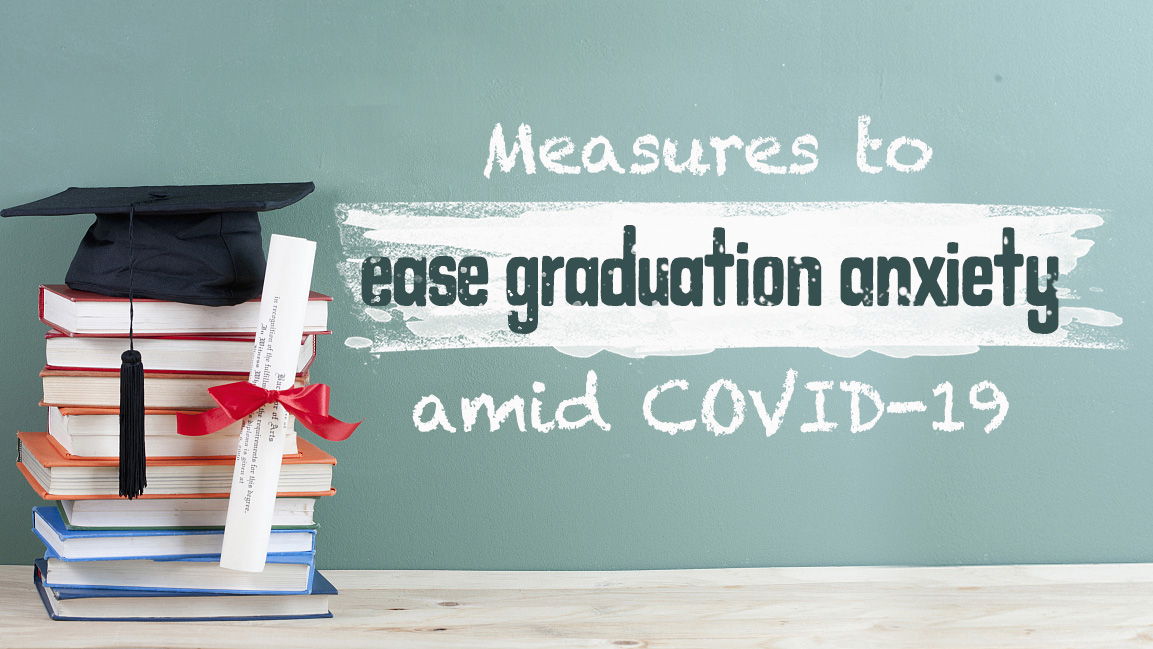 In the coming two months, 8.74 million students in China are set to graduate from college, 400,000 more than last year. In addition to tougher competition, college graduation in the time of COVID-19 is even more "worrisome" for many.

Soon-to-be graduates are facing unexpected employment challenges and heightened concerns about their careers this year due to the impact of the novel coronavirus pandemic. Many admitted that the pandemic has completely derailed their academic and employment plans.

According to a survey conducted by the University of International Business and Economics (UIBE), more than 80 percent of graduates felt anxious about job prospects as they worried about a plunge in job supply.

The Chinese government has rolled out a slew of measures, including the launch of online recruitment campaigns, increased hiring by state-owned companies and government departments, expansion of postgraduate enrollment and army enlistment, as well as more subsidies for small businesses and startups, so as to help ease the anxiety about graduating during the pandemic. 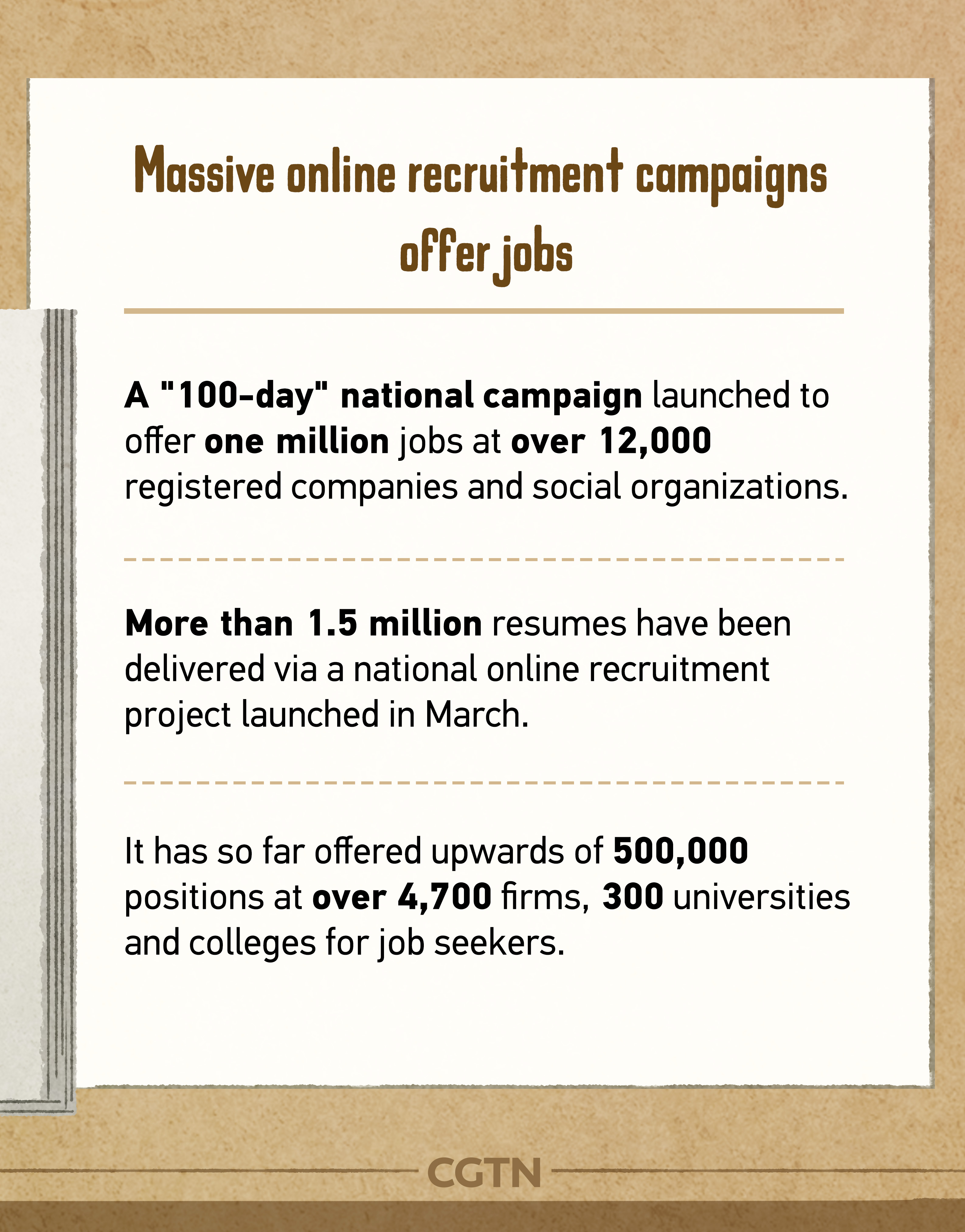 Though on-site recruitment has been largely disrupted this year amid nationwide restrictions on public gatherings to curb spread of the disease, universities and companies have been moving their recruitment procedures online.

China's Ministry of Education announced Wednesday to launch a "100-day" national campaign to boost the employment and entrepreneurship of new graduates from May to August in cooperation with Ministry of Human Resources and Social Security, China Media Group (CMG) and three other departments and units, with more than 1 million jobs to be provided by over 12,000 registered companies and social organizations. 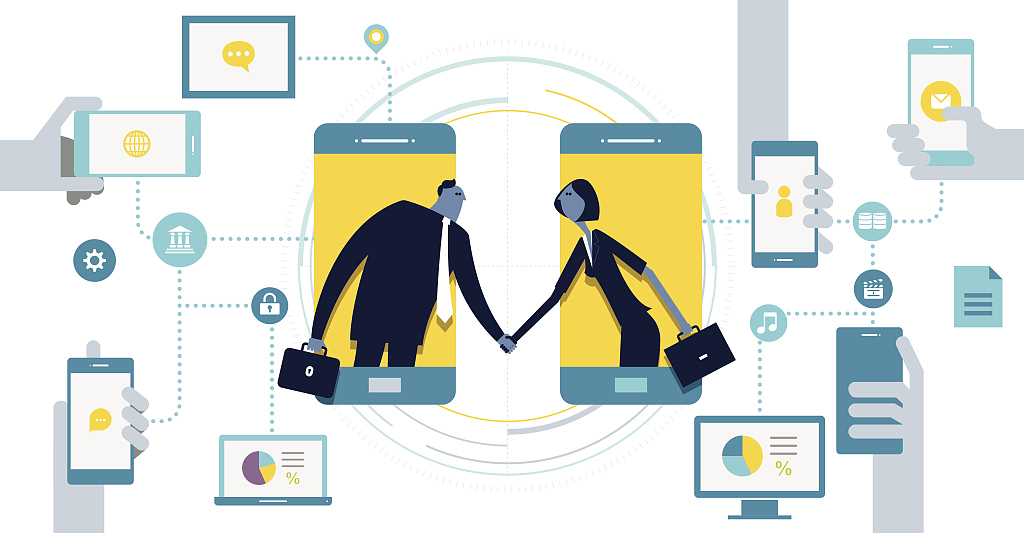 Universities and companies are moving their recruitment procedures online amid the pandemic. /VCG

Universities and companies are moving their recruitment procedures online amid the pandemic. /VCG

More than 1.5 million resumes have been delivered through the project, which has so far offered upwards of 500,000 positions provided by over 4,700 firms and 300 universities and colleges for job seekers.

To ease the job market pressure and encourage students to seek higher education, a series of measures has been taken by the Ministry of Education as well as universities and colleges across the country, such as expanding the enrollment of postgraduate and degree top-up programs as well as creating more jobs in education, research, medical and public service sectors. 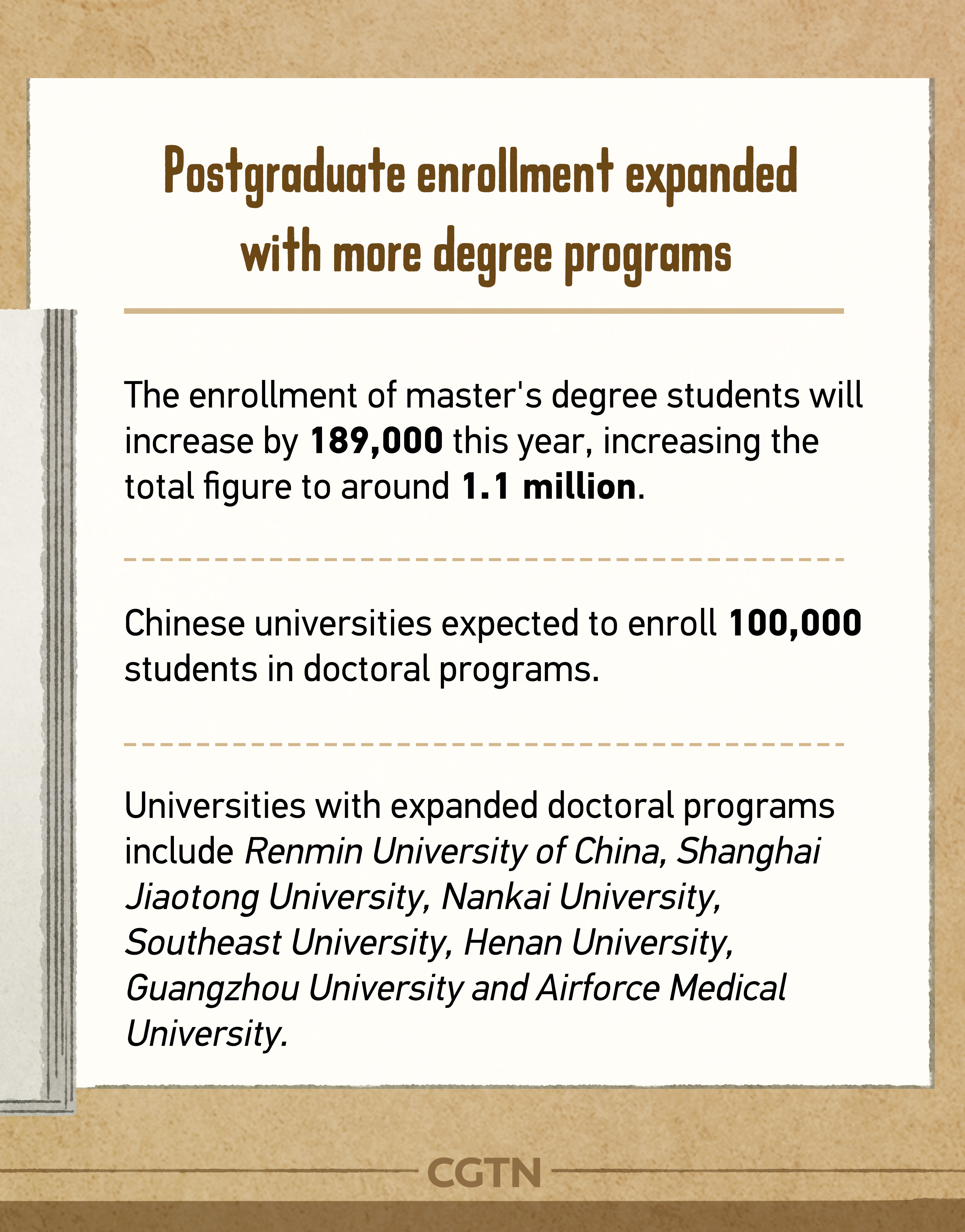 According to the ministry, about 100,000 doctoral students will be admitted this year. Some universities have unveiled their admissions policies since April, showing that they will expand doctoral programs and enrollments.

In addition, Vice Education Minister Weng Tiehui announced earlier that the enrollment of master's degree students is likely to increase by 189,000 this year, raising the total figure to around 1.1 million. 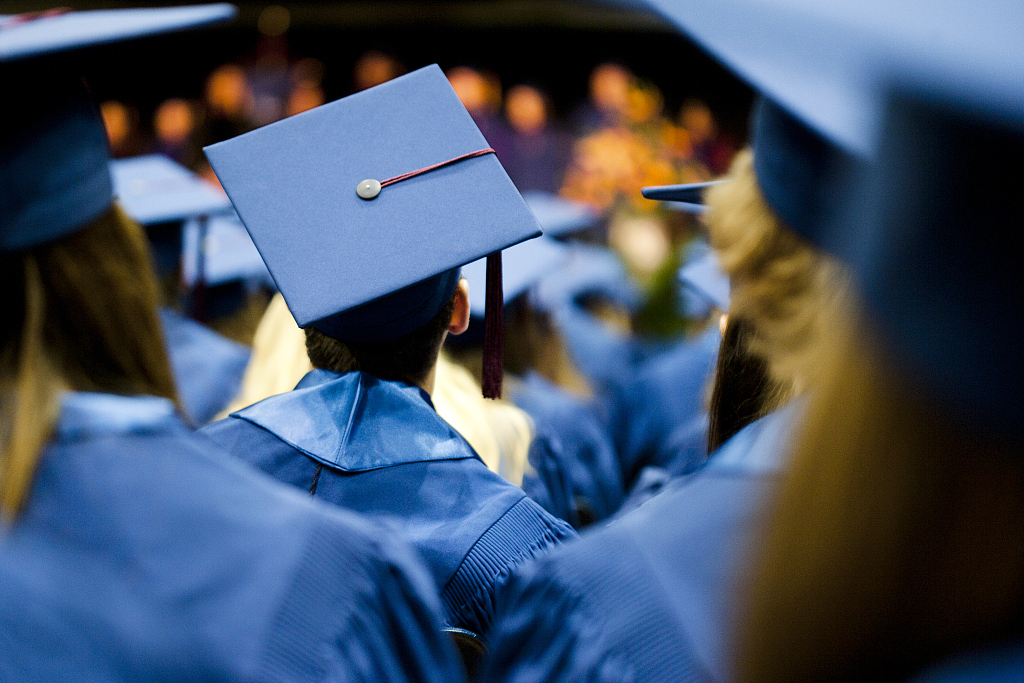 A series of measures has been taken by the Ministry of Education as well as universities and colleges across the country to ease the job market pressure and encourage graduating students to seek higher education. /VCG

A series of measures has been taken by the Ministry of Education as well as universities and colleges across the country to ease the job market pressure and encourage graduating students to seek higher education. /VCG

In addition to pursuing higher education, more options will be offered to fresh graduates.

All levels of governments and departments have rolled out multi-faceted measures to create more job opportunities and encourage college graduates to start businesses or join the military.

Kindergartens, primary and secondary schools nationwide are hiring an extra 400,000 graduates as teachers. 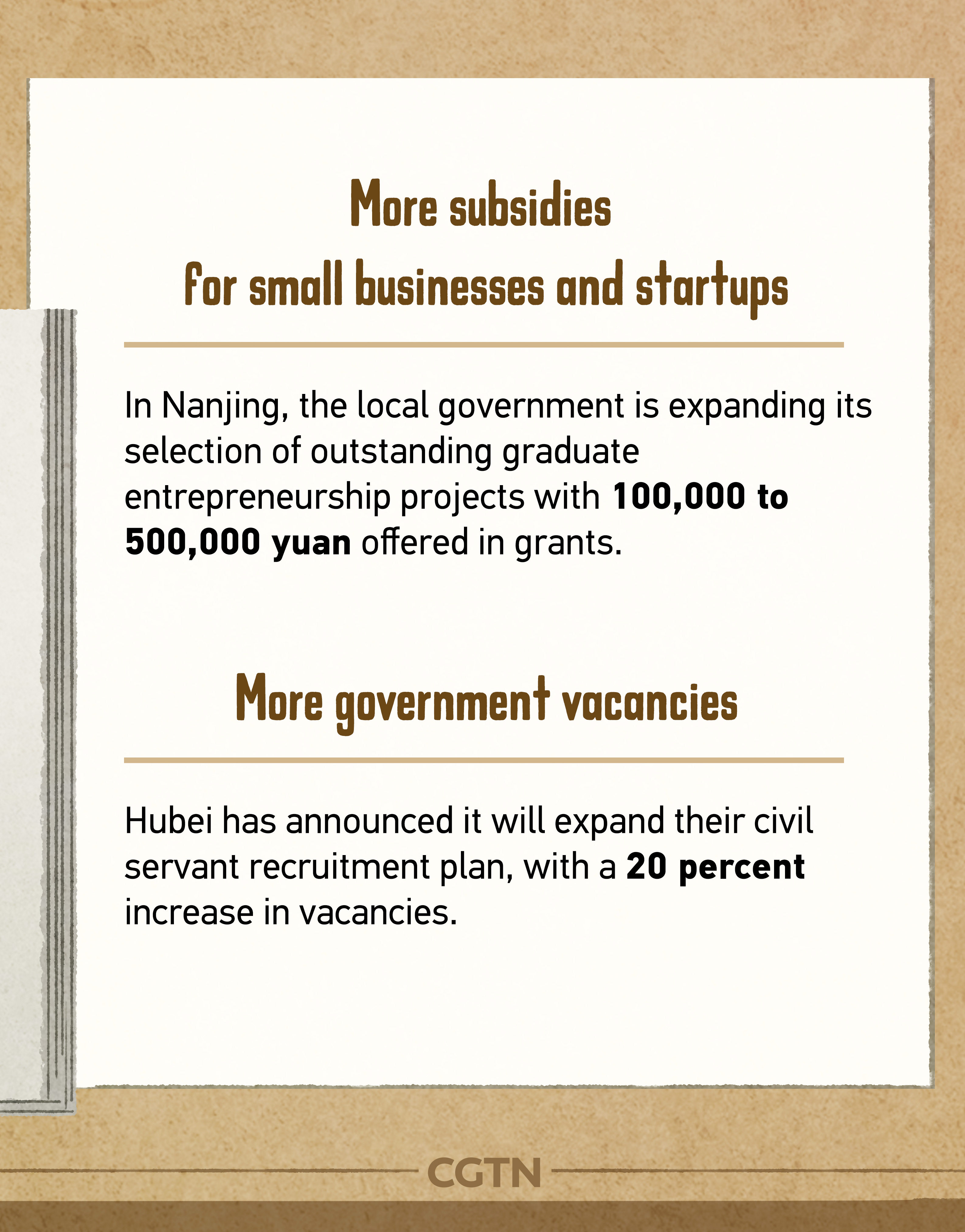 State-owned firms will expand their recruitment plans and offer an increasing number of positions in the following two years. In Wuhan – the hardest hit city by the coronavirus in China – at least 60 percent of job vacancies in the state-owned companies will be specially opened to new graduates.

In addition, special grants will be issued to support graduates to start their own businesses, with more incubation bases to be built. 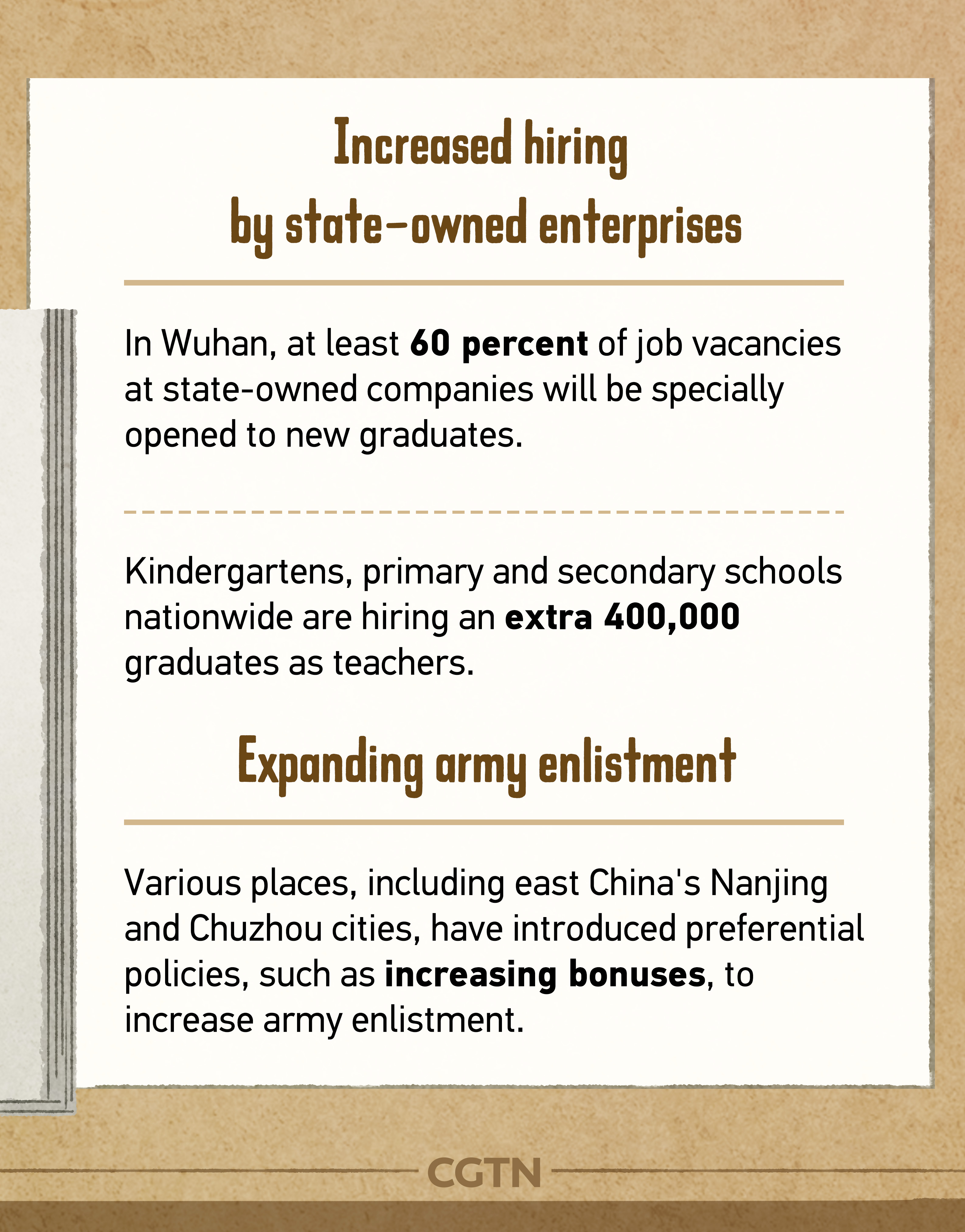 In Nanjing, east China's Jiangsu Province, the local government is expanding the selection of outstanding entrepreneurship projects among graduates, with 100,000 to 500,000 yuan offered in grants. Graduates from universities and colleges in Hubei Province will receive one-off entrepreneurship subsidy.

Additionally, various places have introduced preferential policies, such as increasing bonuses, to expand army enlistment. Meanwhile, more vacancies will be provided by the central and provincial governments and agencies to fresh graduates. Hubei has announced to expand their recruitment plan of civil servants, with vacancies increased by 20 percent.