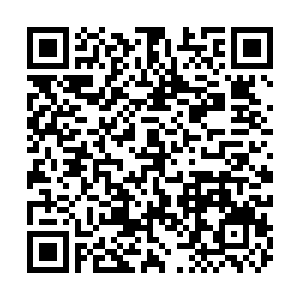 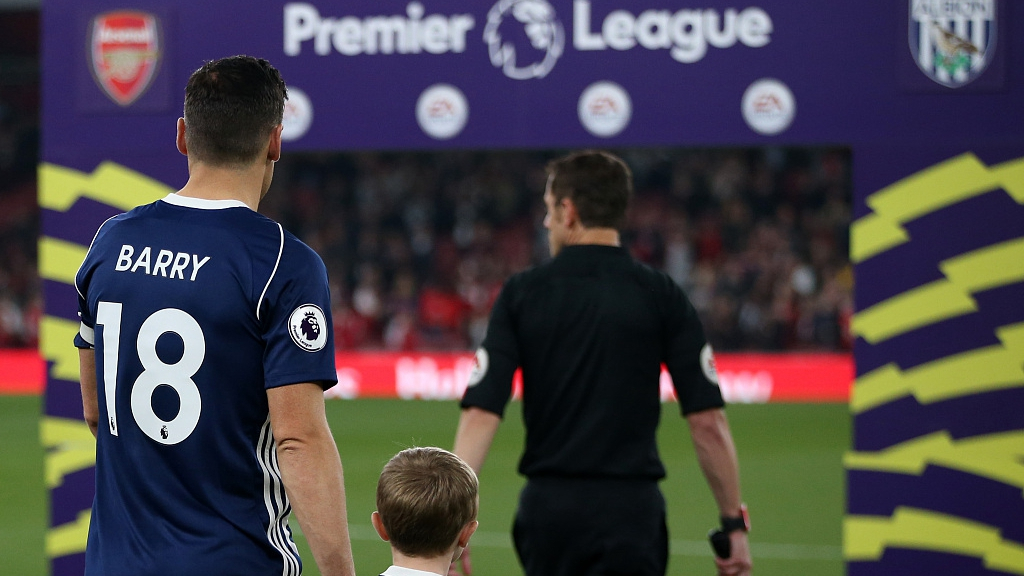 English Premier League chieftains have long been put on a pedestal, with the seemingly bottomless pit of cash at their disposal, but now it's they who are casting envious glances at the German Bundesliga, which is set to make its triumphant return on May 16 despite the COVID-19 crisis.

Yet on Monday, Britain's biggest money-spinning brand finally received a much-needed shot in the arm as the government unveiled its plans for easing the coronavirus lockdown that could see the possible resumption of "cultural and sporting events" from June 1.

The 50-page guidance document is striving to maintain a delicate balance of trying to restart battered sports industries without fueling a second wave of infections, as it stressed that such events could "take place behind closed-doors for broadcast, while avoiding the risk of large-scale social contact."

Notwithstanding the government's go-ahead, Premier League's 20 football clubs remain at loggerheads over the much-vaunted "Project Restart," as a four-hour meeting failed to produce an agreement on the issue of playing matches at neutral venues and preventing crowds gathering at grounds. 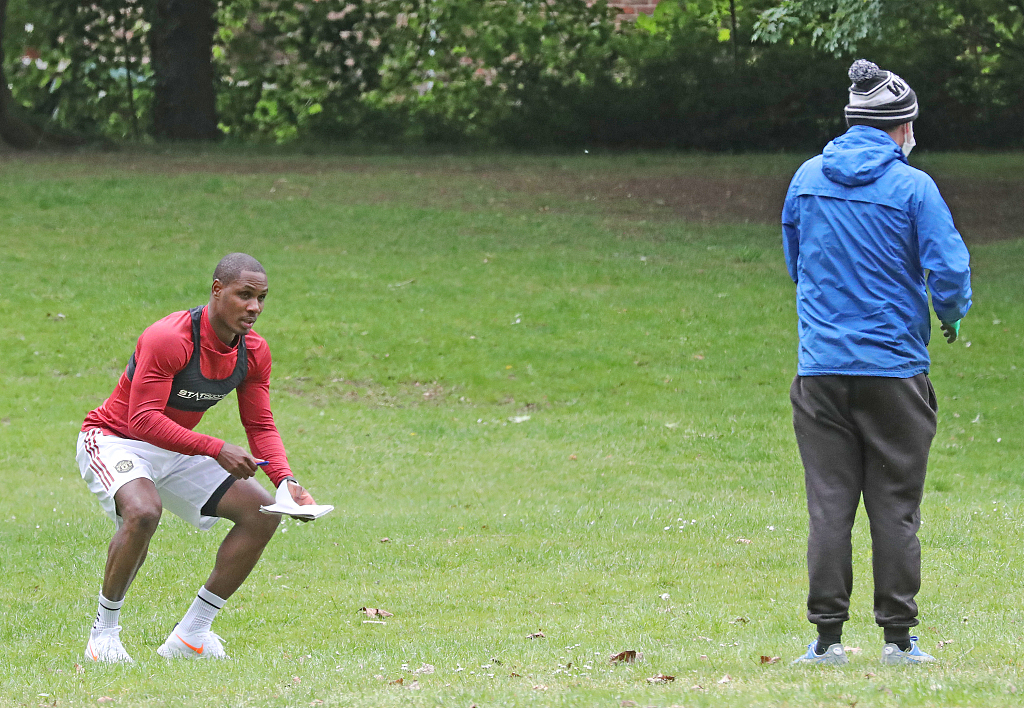 Manchester United striker Odion Ighalo trains in a public park in Cheshire amid the coronavirus crisis, Manchester, England, May 11, 2020. /VCG

Manchester United striker Odion Ighalo trains in a public park in Cheshire amid the coronavirus crisis, Manchester, England, May 11, 2020. /VCG

While the bottom six have long been clear and unequivocal in their hostility to the neutral venues scheme, a number of powerhouses further up the Premier League table also aired similar concerns, with Chelsea, Tottenham and Arsenal reportedly among the bigger clubs who claimed on Monday that the absence of home advantage would distort the competitive landscape.

As pressure continues to mount on a quick fix for ending the crippling deadlock, Premier League chief executive Richard Masters confirmed later in the day that they would talk through the matter once again with relevant authorities.

Masters also admitted that clubs have deliberated about the worst-case scenario and what might happen if the 2019/20 season could not be completed.  "The issue was discussed for the first time but the contents of that discussion have to remain confidential. What I can say is that all of the talk was about finishing the season."

It is understood that the current campaign must be decided on sporting merit, removing the possibility of the season being declared null and void. "There was a desire to see all the different implications; the adaptations, if you like, to the Premier League model as we know in order to play out the season and then discuss what the fairest way forward is," Masters added. 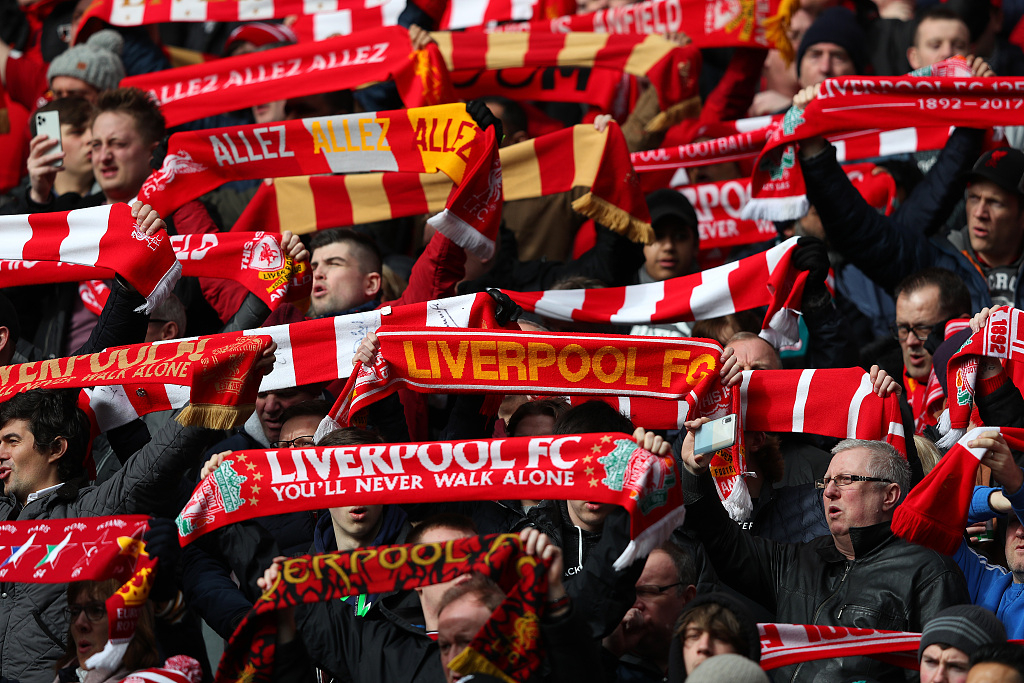 Fans show their support during the Premier League clash between Liverpool and Bournemouth at Anfield, Liverpool, England, March 7, 2020. /VCG

Fans show their support during the Premier League clash between Liverpool and Bournemouth at Anfield, Liverpool, England, March 7, 2020. /VCG

While the soccer bosses are sailing in uncharted waters as they struggle to find ways to stay afloat, players have well-founded apprehensions of being whisked off to play a contact sport when the rest of the world were told to continue observing social distancing rules.

What if one individual, citing health risks, defy the club's orders and refuse to return to action and then many others follow in his path? This unsettling prospect has not been entertained by Masters, at least for the time being.

"We are not anticipating it," he said. "And obviously, what we are trying to do is create the safest possible environment for a return to training for players, for managers, for their coaches and the other staff that need to be involved. We think we are going to be able to create that safe environment."

Uncertainty fueled by the ongoing pandemic has even forced Masters to distance himself from meeting the target to get the Premier League back under way in June.

"I really wouldn't want to make a prediction now," he said. "There are many steps to be taken, many hurdles to get over before we get to that point. It's too early for us to talk about it."