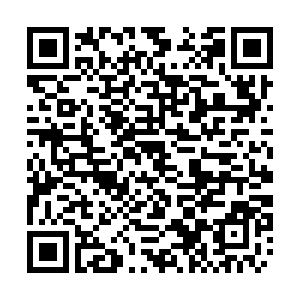 From snow-capped mountains to lush tropical rainforests, Yunnan Province in southwest China is a wild and diverse wildlife kingdom that you might never forget once you have stepped into this amazing world.

The CGTN Nature film crew is currently filming wild Asian elephants in Xishuangbanna Dai Autonomous Prefecture in southern Yunnan. Apart from these carefree giants, the crew also filmed some of their fantastic neighbors. First come the primates under the first-class state protection in China.

This slim black monkey with white patches on both cheeks is a two-year-old white-cheeked gibbon. He is a great singer like other gibbons. If there are many of them, you might hear a duet or a chorus starting in the early morning. He sing to communicate with companions and to find his love. 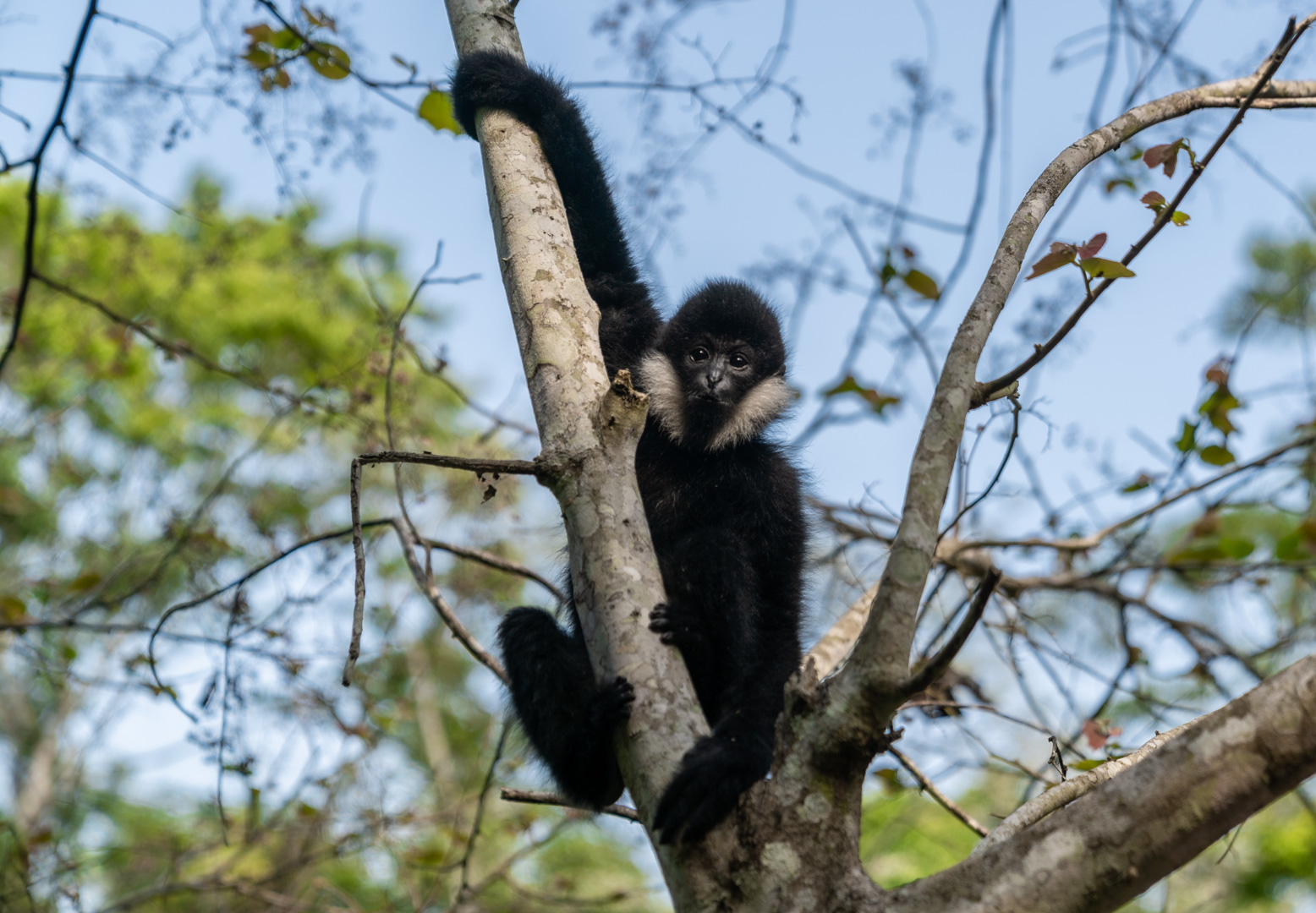 Unlike him, the female white-cheeked gibbon wears an orange and brownish coat. They both have long arms to swing and jump between trees, thus becoming renowned as "jungle acrobats." In China, there are seven types of gibbon, and five of them are now living in Yunnan, including the white-cheeked gibbon.

This cute creature with a long tail is a Phayre's leaf monkey. When it is born, it is covered by golden hair. The color gradually turns silver-gray as it grows up. The Phayre's leaf monkey is also born with a pair of white spectacles. In China, these lovely monkeys can only be seen in Yunnan Province. 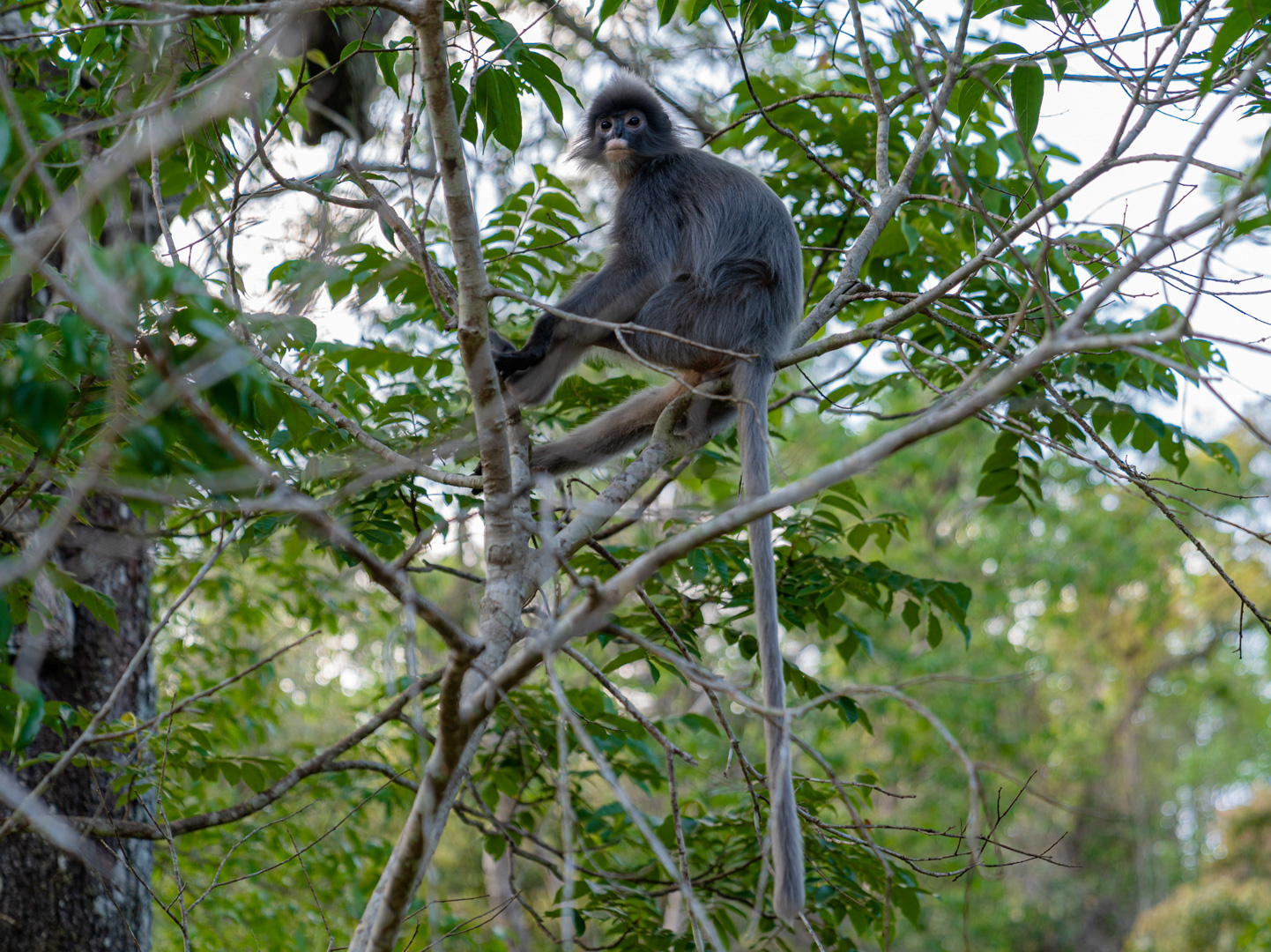 The slow loris is not an early-riser, but an all-nighter. The dark circles around its big around eyes seem to indicate their nocturnal lifestyle. They spend most of their time staying on trees. Though they move very slowly, they have a secret weapon against intruders - the toxin stored in a gland on their arms. So don't play with them if you run across them in the rainforest.

The slow loris normally feeds on fruit, gums, nectar and insects. They can be found in rainforests in Yunnan Province and Guangxi Zhuang Autonomous Region. They are under the first-class state protection in China. Their main threats now are habitat loss and the wildlife trade. They are popular "pets" in some countries. Apart from these big primates, there are also some incredible disguisers hidden in the rainforest. The crew encountered this orchid mantis eating bees while filming one wild Asian elephant at close range.

The orchid mantis gets the name for its resemblance to the orchid flower. Their deceptive look often attracts insects like flies and bees that come and fall prey to the mantis. 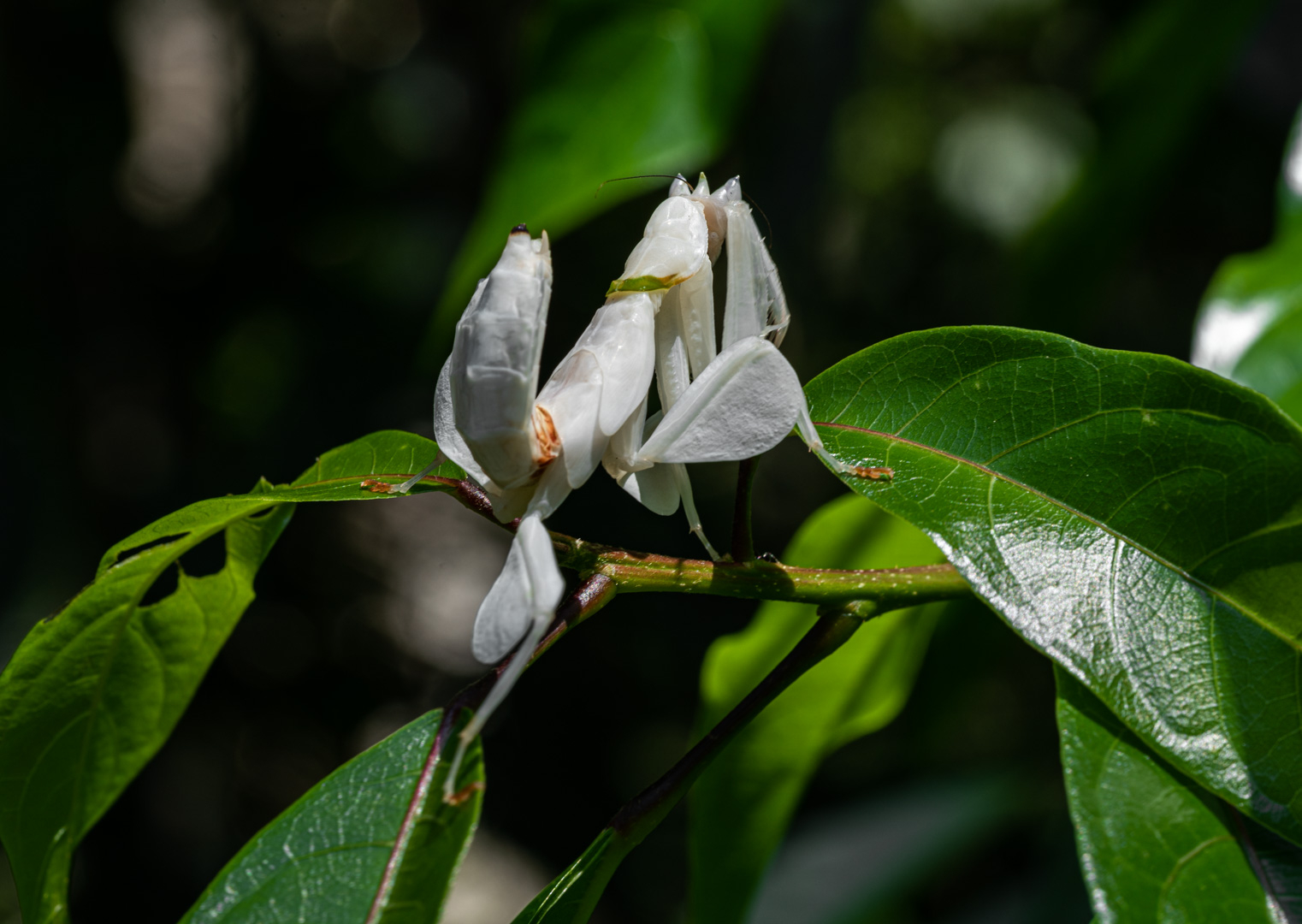 The other master of camouflage is the walking stick. It looks just like a dead branch. The walking stick can even change its color according to sunlight, temperature and humidity to completely blend itself into the tree. 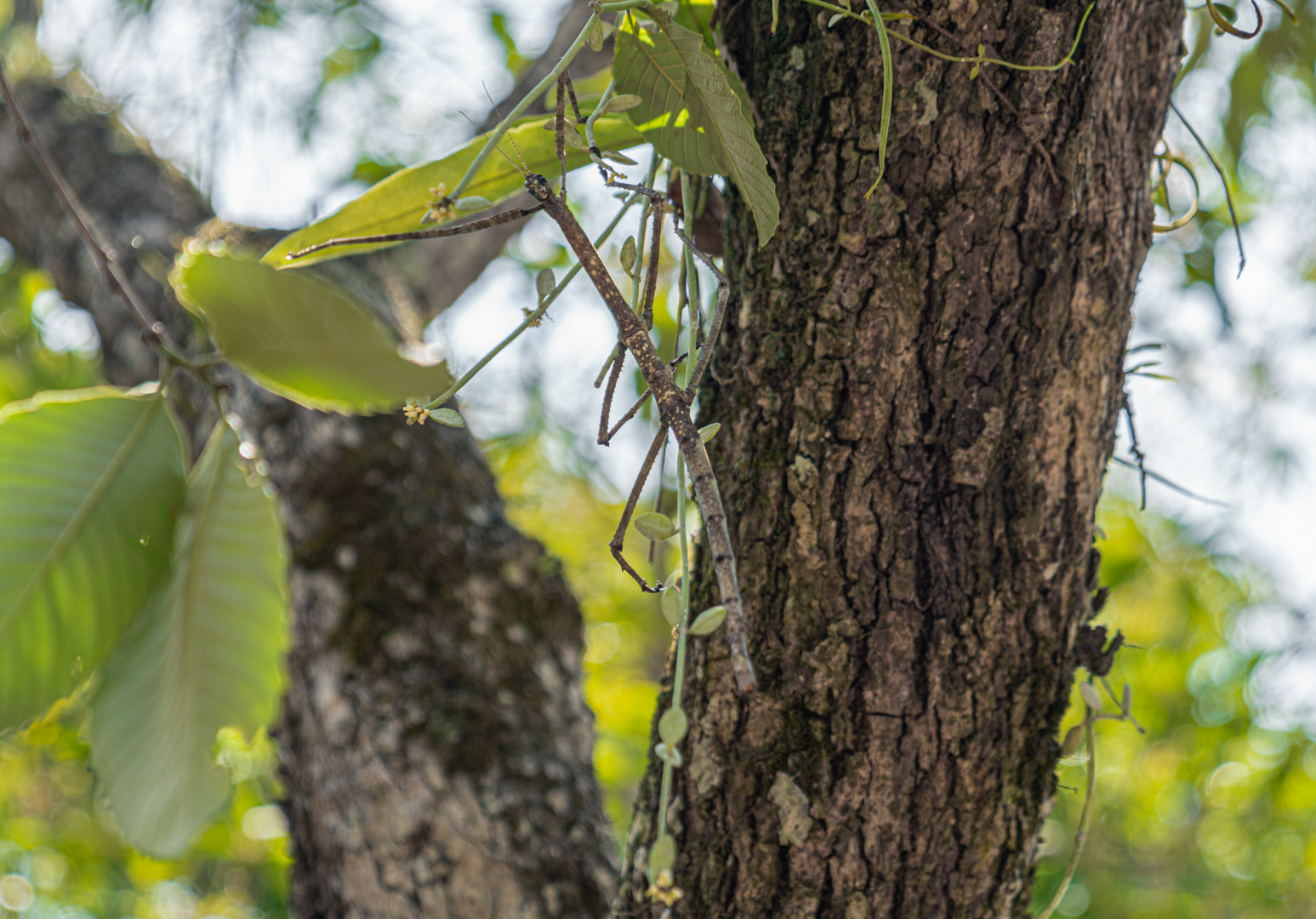 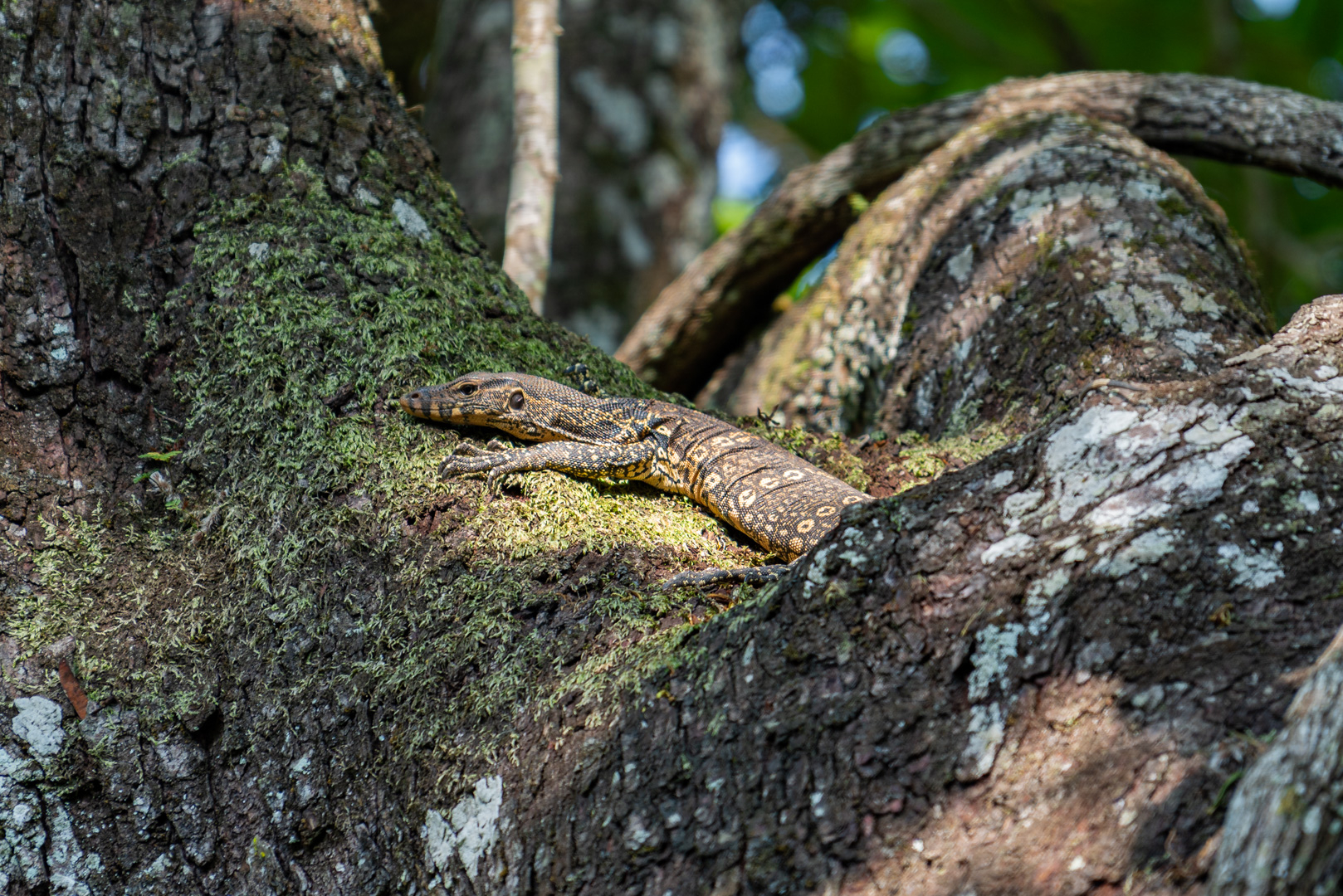 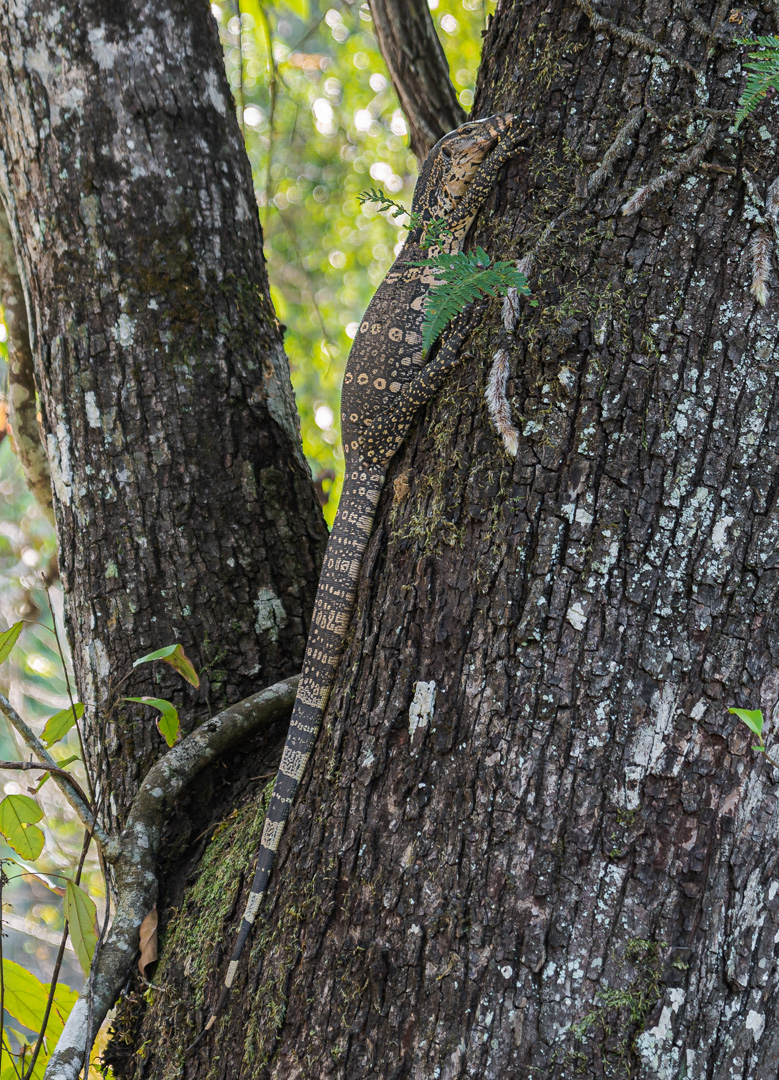 If you want to see more fantastic creatures and learn of their stories in the Yunnan rainforest, stay tuned for more in the coming documentary "Unexplored Land."