'No cover-up at all': Liu Xiaoming on China's virus handling
CGTN 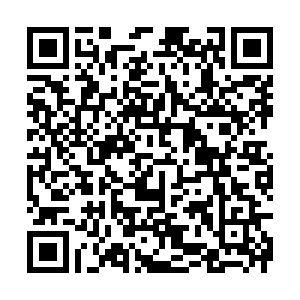 Chinese Ambassador to the UK Liu Xiaoming on Thursday denied cover-ups regarding COVID-19 information sharing with other countries, and instead said China has fulfilled its duty "without delay."

"Doctor Zhang Jixian [first] reported to the local health authority on 27 December. Then four days later, Chinese health authorities notified WHO office in Beijing. That was four days later. Then on 3 January, that was seven days later, the National Health Commission, the highest central government authorities for health, notified the WHO officially," Liu said in the interview with Sky News. "Eleven days later, we identified the pathogen and shared the genetic sequence without delay at all."

"Since this is a new virus – it is unknown not only to the world but also to China – we have to be responsible. We have adopted a cautious approach, tried our very best," he elaborated.

'We are open, we are transparent, and we have nothing to hide and nothing to fear.'

Chinese authorities have repeatedly given out timelines since the very beginning of the outbreak, refuting any claims over transparency in the handling of the virus. Specifically, U.S. President Donald Trump and Secretary of State Mike Pompeo have been vocal critics in this.

"I don't think what the United States says, either their national leaders or top diplomats, represents the world. That's not true," Liu refuted questions that China's now facing "trust issues" with the world.

"You can't have this campaign of stigmatizing, disinformation and smear against China, as some American politicians are doing," he added.

According to the Chinese diplomat, this is not the first time that the United States made such "a false accusation against China."

"This is only their attempt to undermine the international collaboration on working together to find the vaccine," he told Sky News Anchor Mark Austin. "We are open, we are transparent, and we have nothing to hide and nothing to fear."

Instead of continuing the political play, Liu hopes the international community could come as a whole and focus on combating the virus.

In terms of the origin of the deadly virus, Liu urged scientific explanation, calling China "a victim" also during this outbreak.

"It's not a man-made virus but natural in origin. So we have to adopt the scientific approach," the diplomat said.

When asked if China would open for an international investigation of the lab or the wet market – both were allegedly claimed to be the ultimate breakout place of the disease but dismissed by Beijing – Liu said yes to that question, but called for a more objective purpose if that really takes place.

"I think this investigation should not be politically motivated," he said. "We welcome international independent review, but it has to be organized by the WHO. It should be international."

"The purpose of this review is to compare notes, to summarize, to learn experience: how we can do better for future pandemic. That's the purpose, not to accuse China," he added.