COVID-19 Global Roundup: The political side effects in the Middle East
CGTN 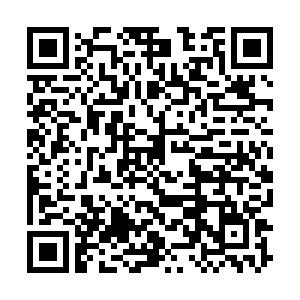 Editor's note: This is the 63rd article in the COVID-19 Global Roundup series. Here is the previous one.

As the coronavirus continues to spread across the Middle East, the usually conflict-ridden region has become relatively quiet, although the pandemic's impact has been anything but subtle.

In Israel, with the curve of infections flattened and confirmed cases in steady decline for nearly half a month, the COVID-19 outbreak seems to have largely subsided.

On Saturday, credit rating agency Standard & Poor's (S&P) kept the rating for Israel unchanged at AA- despite expectations that the country's economy will contract by 5.5 percent in 2020 and its general government deficit will expand exponentially this year. Despite such a slump not being seen in two decades, S&P analysts did not opt to lower the sovereign rating.

The company asserted that Israel's strong macroeconomic fundamentals and high monetary flexibility should allow the country to absorb the shock, while the large hi-tech sector should aid economic recovery. It also noted that in spite of the protracted political turbulence, the Israeli authorities were quick to provide a coordinated policy response to contain the fallout from the pandemic.

For Prime Minister Benjamin Netanyahu, who has been enthusiastically boasting his efforts in coping with the pandemic, S&P's move is a sign of his success. He has indeed been quick to react. Even when the country had only reported a handful of cases in late February, he took much more drastic measures than other countries with a full-blown outbreak. 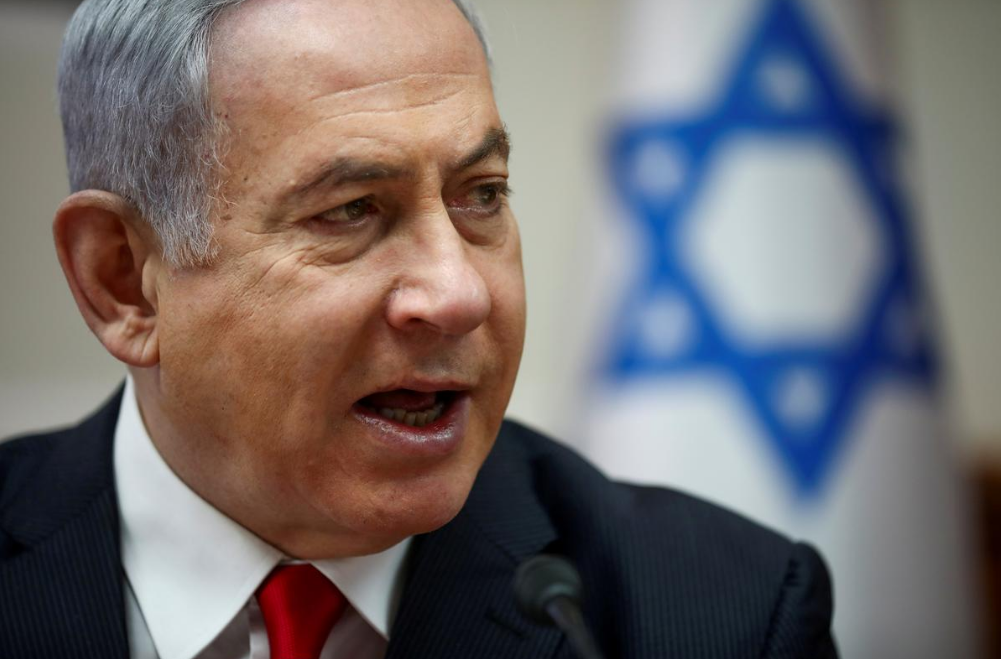 Observers have noted that Netanyahu has seized the initiative from the moment when the spread of the COVID-19 was still limited to China's Hubei Province, by positioning himself at the center while pushing the health minister to the sidelines. Some believed the proactive approach won Netanyahu approval from Israeli voters in the March 2 election.

While the country has reported more than 16,000 confirmed cases, its death toll remains very low – under 300.

The S&P announcement was not the only latest development in the country amid the coronavirus outbreak.

Following a prolonged political deadlock and an excruciatingly stretched bargaining process, the unity government formed between Netanyahu's party and that of his rival Benny Gantz will be sworn in on Sunday. The COVID-19 outbreak played a primary role in facilitating the formation of the biggest coalition in Israel's history.

The criminal charges against Netanyahu had been a roadblock for cooperation from the perspective of Gantz's party. But the continued spread of coronavirus led a growing number of politicians to fear that the absence of a formal government could worsen the outbreak. This pushed Gantz to put differences aside and entertain the idea of joining Netanyahu's coalition, in the hope of securing a functioning government to deal with the rapidly unfolding medical emergency.

Though Gantz's decision didn't go well with his colleagues, it did manage to finally take the country out of its 500-plus-day deadlock.

Since last year, widespread poverty, rampant corruption and a political establishment largely based on patronage networks have driven people in both countries out on the streets to call for accountability, resignations en masse and an overhaul of the political system. While prime ministers were unseated, demand for comprehensive reforms fell on deaf ears. Lockdowns and other measures to contain the outbreak meant that demonstrators largely subsided, but analysts don't see an end to them in sight. 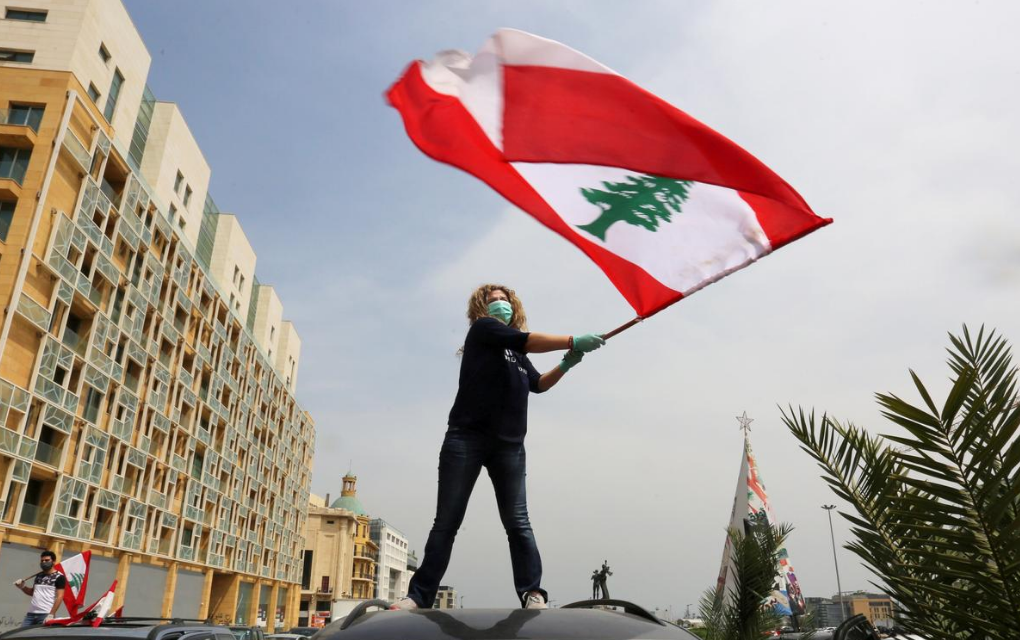 An anti-government demonstrator holds a Lebanese flag as she stands on top of her car, during a countrywide lockdown to combat COVID-19 in Beirut, Lebanon April 21, 2020. /Reuters

An anti-government demonstrator holds a Lebanese flag as she stands on top of her car, during a countrywide lockdown to combat COVID-19 in Beirut, Lebanon April 21, 2020. /Reuters

"Once fear of the virus will subside, we may see the resumption of protests," Meir Litvak, chair of the Department of Middle Eastern and African History at Tel Aviv University, told CGTN. "At any rate, the social, economic crisis is far from over. It is even worse, and this causes instability."

On Friday, Iraqi activists announced a new wave of "coordinated" anti-government protests in an online briefing. "We will not stop until our demands are met and if we feel that Prime Minister Mustafa Al Kadhimi's government is not making any changes to the system then we will aim to oust his cabinet," said Hussein Al Ghurabi, a lawyer and human rights activist from Nasiriyah, a southern city that has seen the largest protests along with the capital, Baghdad.

But as the threat of the coronavirus continues to loom large, protesters' online comments have reflected a divide over whether to relaunch their campaign. While the country has so far not fared as badly as other regional nations, Iraq's fragile healthcare system and limited resources mean that some are still fearful of the impact of a spike in infections.

Abdulaleem Asaad al-Mandlawi, a 21-year-old protester from Baghdad, told London-based news outlet Middle East Eye that he was not willing to return to the streets, despite others having done so over the weekend.

Contracting the virus is not the only concern for protesters. Over the months, hundreds of protesters have died of gunshot wounds in public squares across the country.

A wounded Iraqi protester rests on the Al-Jumhuriyah bridge in Baghdad, May 11, 2020. /AFP

A wounded Iraqi protester rests on the Al-Jumhuriyah bridge in Baghdad, May 11, 2020. /AFP

Prime Minister Mustafa al-Kadhimi, who has recently secured his mandate, has said armed groups who attack protesters will face justice.

"I ordered today a dawn military raid to arrest everyone involved in the recent attack against protesters in Basra," he tweeted on Monday, referring to an Iraqi army operation in Basra province early on Monday which saw several armed men arrested for allegedly shooting at protesters on Sunday night

Meanwhile, in the perennially debt-stricken Lebanon, whose economy was in the thrones of collapse long before the prevalence of COVID-19, the lockdown measures came with a heavy price. Nearly half of the population now lives below the poverty line and unemployment rate has skyrocketed.

In late April, rising prices, unemployment concerns and strict restrictions on bank withdrawals led to violent demonstrations. Angry protesters attacked banks and clashed with the Lebanese army in the northern city of Tripoli.

In the meantime, the Lebanese government has been praised for its swift response to the outbreak. Immediately after the first diagnosed patient emerged in late February, the government shut down all nonessential institutions, including Beirut's international airport, and put in place nightly curfews and a host of other measures to encourage people to stay home. So far the country has reported less than 1,000 confirmed cases and 26 deaths.

In the first week of May, Beirut responded to a drop in the number of new infections by easing restrictions on businesses and places of worship in place since mid-March. But a spike in COVID-19 cases following the relaxation of restrictions prompted the cabinet to announce a four-day nationwide lockdown from Thursday. Prime Minister Hassan Diab said the spike threatened the country's so-far successful response to the pandemic.

In the Gulf, an exodus of migrant workers and the collapse of oil prices are affecting daily life.

In Saudi Arabia, the royal family's massive campaign to diversify its oil-dependent economy has been severely compromised by the pandemic.

Iran, whose economy is already crippled by U.S. sanctions, is fumbling to get back on its feet.

The outbreak continues to send Turkey's lira in a downward spiral, increasingly scaring off foreign investors coming to the Asia-Europe crossroad.

In war-ravaged countries such as Syria and Yemen where the public health infrastructure has been nearly destroyed, there are real concerns of what a worsening situation could entail.