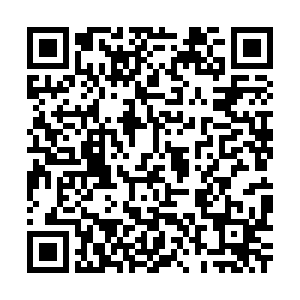 China on Monday said the U.S. is responsible for the dispute over journalists reporting in each other's countries, vowing resolute countermeasures if Washington continues the political suppression of Chinese journalists.

Spokesperson for China's Ministry of Foreign Affairs Zhao Lijian on Monday made the remarks in response to the U.S. Secretary of State Mike Pompeo's comments that Beijing had "threatened to interfere with" the work of U.S. journalists in Hong Kong Special Administrative Region (HKSAR).

Zhao stressed that Hong Kong affairs are purely China's internal affairs and no foreign organization and individuals have the right to interfere.

The U.S. has been so entrenched in a Cold War mentality and ideological bias that it has launched one round of suppression after another against Chinese media, the spokesperson added.

He noted that Washington has demanded Chinese media groups operating in the U.S. to register as "foreign agents," which would put journalists under rules similar to that of diplomats, while expelling 60 Chinese journalists.

In its latest move, the U.S. significantly shortened Chinese journalists' visa to 90 days, which disrupted their reporting activities as well as the normal cultural exchanges between the two countries, Zhao added.

China and the U.S. should facilitate talks and stop media war

China defends its countermeasure to U.S. restrictions on Chinese media, 'all options are on the table for China'

Beijing announced three countermeasures in March, including asking some China-based U.S. media branches to declare information about their staff, finance, operation and real estate in China; demanding journalists of U.S. citizenship working with the New York Times, the Wall Street Journal and the Washington Post whose press credentials are due to expire before the end of 2020 hand back their press cards and stop working as journalists in China; and warning that China will take reciprocal measures against American journalists over visa, administrative review and reporting.

At a press briefing last week, Zhao urged the U.S. to immediately correct its mistakes in its decision to tighten visa guidelines against Chinese journalists, saying China will take countermeasures.