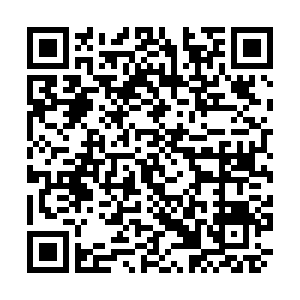 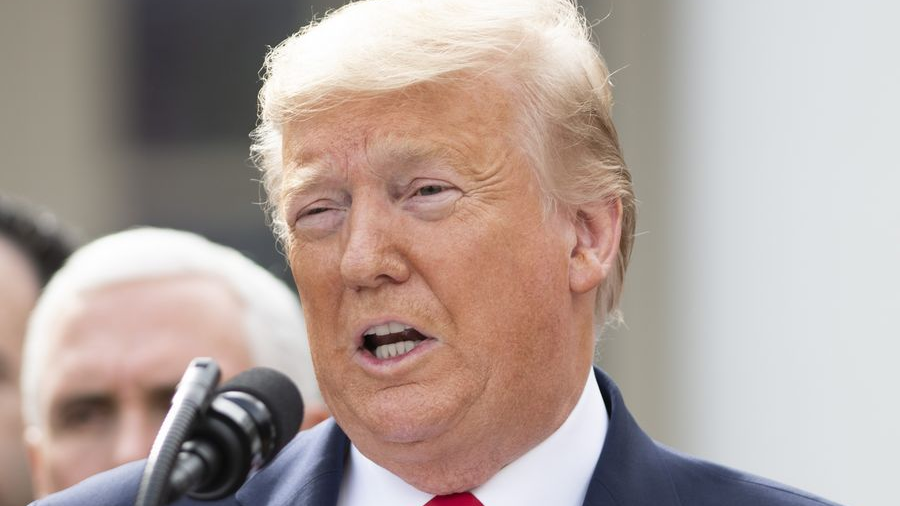 Editor's note: Huang Yongfu is an economic affairs commentator. After PhD, he started his career at the University of Cambridge, and then moved on to the UN system. He is an author of many papers and books in economics. His current interests lie in global development and Sino-U.S. links, especially trade, financial and technological issues. The article reflects the author's opinions and not necessarily the views of CGTN.

The U.S. House passed a sprawling bill of three trillion U.S. dollars on May 15, on top of a previously approved bill of 2.9 trillion U.S. dollars. The Federal Reserve has also been pouring money into the economy at the fastest rate in the past 200 years and at an unprecedented scale.

The dictum of Milton Friedman set out in 1963 that "inflation is a monetary phenomenon" is still relevant. Crudely put, it is the result of "too much money chasing too few goods."

However, tepid or below-target inflation has prevailed in the U.S. over the decades for which economic integration has been widely credited. Before Trump took office, China had been the U.S.'s largest trade partner.

U.S. President Donald Trump threatened to cut off Sino-U.S. ties in an interview with Fox Business television on May 14.

If Trump is desperate to decouple China and the U.S., he will be sending inflation shooting back up during an economic downturn, and run up against the interests of the American economy and people.

To address the medical and economic effects of the COVID-19 pandemic, the U.S. policymakers are launching radical and decisive relief packages of about six trillion U.S. dollars under the Cares Act crafted to help those who need it, bigger than those to the financial meltdown of 2007-09.

As part of its Coronavirus Aid, Relief and Economic Security (CARES) Act, the U.S. Congress has also tapped the Fed as a partner.

The heavy debt incurred has to be paid off afterwards. Is the economic response to the COVID-19 outbreak in the U.S. an overreaction? Can it potentially ignite inflation?

Essentially, the occurrence of inflation depends on governmental decisions. The government choosing austerity and higher taxes would not lead to inflation.

However, relying on the Fed that floods direct "helicopter money" to the economy would barely dodge inflation.

The overhang of debt will catch fire with financial repression from the central bank to cut rates, costing savers and bondholders and risking higher inflation.

History suggests huge government borrowing translating into an outsize claim on the limited capital globally is a sign to induce an inflation boom.

The World War I and II and its Vietnam War with huge government borrowing were followed by bouts of hyperinflation in the U.S.

In addition, inflation prospect has hanged over due to supply chain interruptions, work resumption and oil price rally.

As economic reopening is in the process worldwide, a bounce-back in spending is expected as people and businesses catch up on deferred spending, creating inflationary pressure.

Companies and consumers flooded U.S. banks with a record one trillion U.S. dollars of deposits in the first quarter, according to Federal Deposit Insurance Corporation (FDIC) data.

Thanks to the lifting of lockdown measures and global oil supply cut committed by OPEC and its allies, oil prices have been staging a rebound. The U.S. crude futures gained for June and July, reversing the weeks-long crash of oil prices. 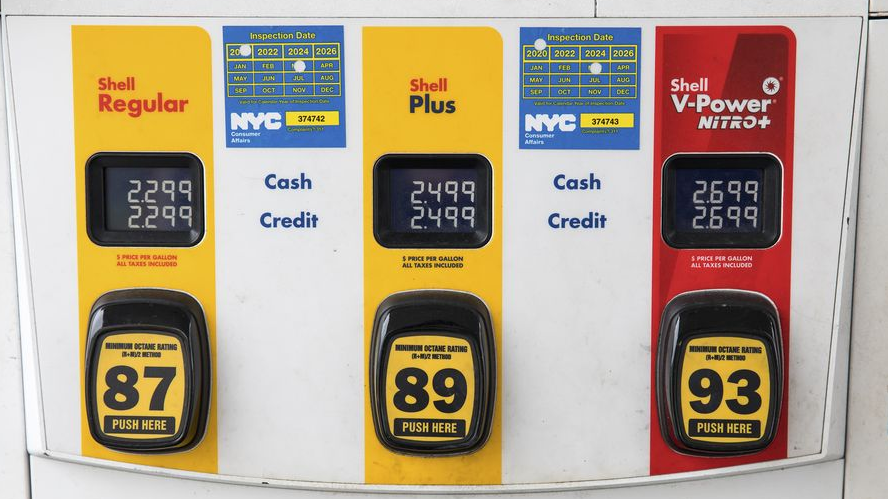 Gas prices are displayed at a Shell pump in the Brooklyn borough of New York, United States, April 9, 2020. /Xinhua

Gas prices are displayed at a Shell pump in the Brooklyn borough of New York, United States, April 9, 2020. /Xinhua

Globalization led to benign inflation in the U.S. over the decades

High inflation seemed a fixture of the economic landscape and used to be the bane for American presidents. Facing the inflation in 1980s, Ronald Reagan declared inflation to be "as violent as a mugger, as frightening as an armed robber and as deadly as a hit man," when running for office.

The past decades have been called as an era of "global disinflation," where nearly all the advanced economies and more than half of the emerging markets under examination either undershot their inflation targets or remained oddly subdued, according to an IMF study last year.

The neat link between lower unemployment and higher inflation has gone collapsing, defying the "Phillips curve," the supposed inverse relationship between inflation and unemployment. What was previously treated as axiomatic has not yet been fully understood, at best.

The "Phillips curve" has been extraordinarily flat for the U.S. in the sense that a one-percentage-point fall in unemployment is associated with a 0.1 to 0.2-percentage-point rise in inflation, according to research by Goldman Sachs. Inflation wrapped up on a soft note with a low jobless rate in 2019.

Inflation no longer rises reliably and becomes harder to fine-tune, when unemployment is low.

People are getting puzzled as to whether inflation dynamics were being driven by public inflation expectations, labor market movements or supply-side factors, such as technological advancement or global shocks reverberating through cross-border supply chains.

Technological advancement could be a deflationary force as e-commerce holds down prices and free services or devices are made available for most consumers in their daily transactions.

Globalization brings down inflation, as cost is curtailed when production lines are shifted to emerging economies with low labor or land costs, such as China, and productivity and supply are boosted thanks to the swift flow of goods, capital and technologies.

Sino-U.S. economic cooperation rather than decoupling bids well for the U.S. economy

The latest U.S. job report shows that the unemployment rate surged in April to a record 14.7 percent and payrolls dropped by 20.5 million workers. The era of "stagﬂation" seems to be looming.

History has suggested that periods of high inflation typically followed critical policy transitions like the abandonment of Bretton Woods, from globalization to de-globalization or the like.

If Trump intends to decouple China and the U.S., gum up bilateral economic cooperation and reverse the tide of globalization, he will be wildly off base.

In the wake of decoupling, dormant price pressure will awaken and an avalanche of other economic and social problems will be cropping up of which the Americans will feel the sting during an economic downturn. Trump administration will have to pay for the consequences.