COVID-19 Global Roundup: Is it safe for students to go back to school?
Yang Xuemin 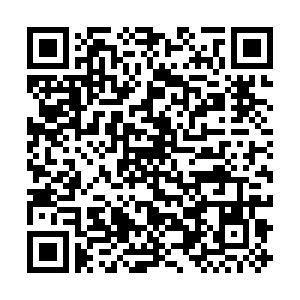 Editor's note: This is the 67th article in the COVID-19 Global Roundup series. Here is the previous one. 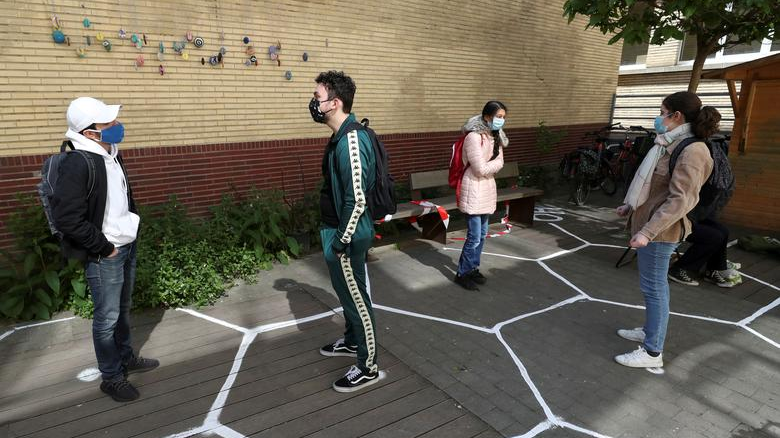 Students talk while practicing social distancing at the courtyard of a secondary school during its reopening in Brussels, Belgium, May 15, 2020. /Reuters

Students talk while practicing social distancing at the courtyard of a secondary school during its reopening in Brussels, Belgium, May 15, 2020. /Reuters

Much of the world remains on some form of lockdown. But as countries slowly start to loosen restrictions, schools across the world are considering reopening.

But there are still many more unknowns than guarantees. Among the biggest is a question that worries many parents - is it safe for my kids to go back to school? - though the parents themselves have been exhausted by the homeschooling when they were also working from home.

In the U.S., the White House released guidelines for reopening the country in three phases. Schools, together with theaters, religious centers, sporting events and restaurants, may reopen in "phase two". The guidelines suggest that states could make the decision after documenting a 28-day decrease of COVID-19 cases and putting strong testing procedures in place.

Some teachers expressed their concerns that school buildings are not ideal places for students amid a pandemic and it's difficult to make sure the people walking in are not spreading anything. 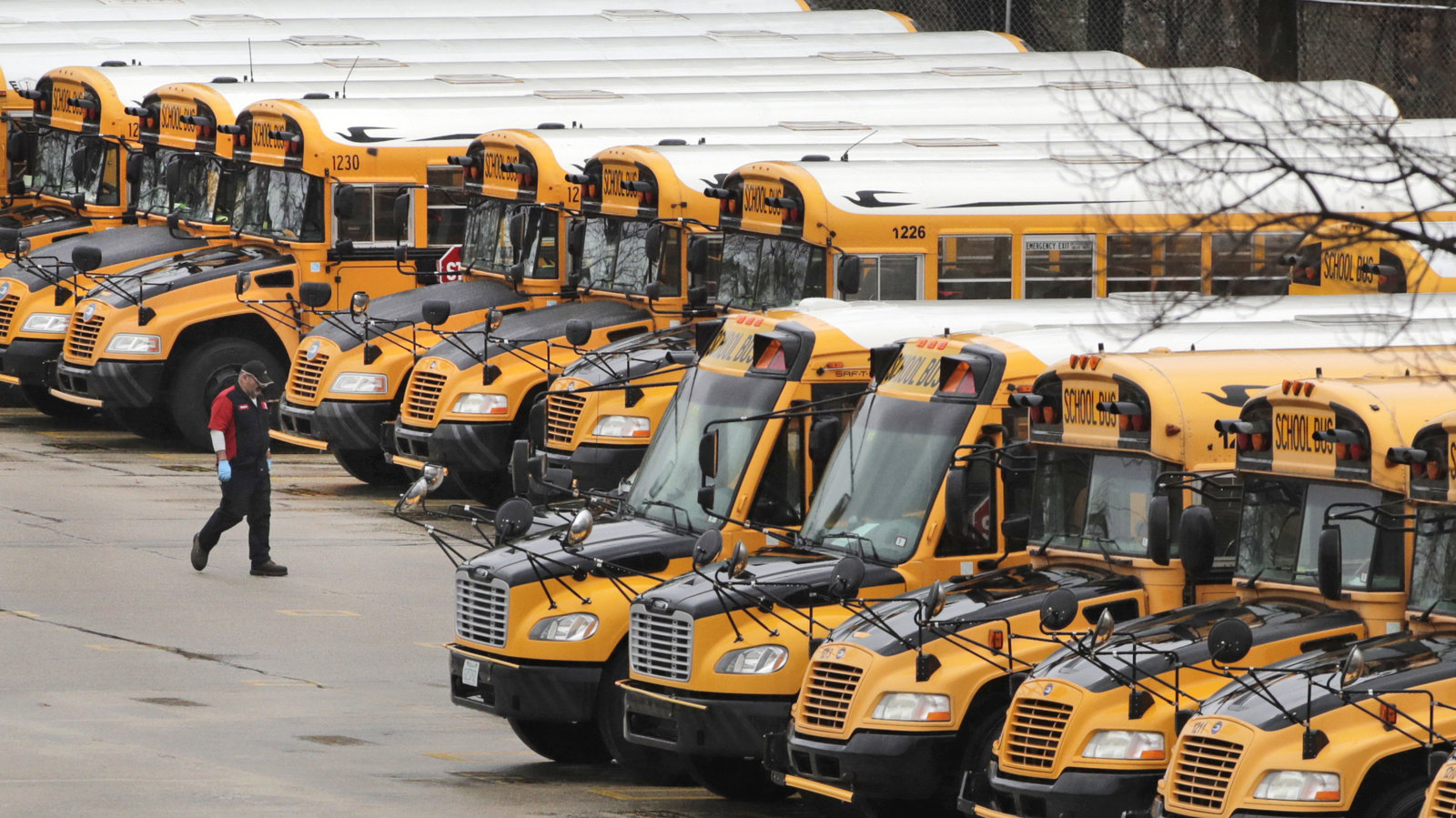 A worker passes public school buses parked at a depot in Manchester, New Hampshire of which public school buildings are closed to students through the end of the academic year. /AP

A worker passes public school buses parked at a depot in Manchester, New Hampshire of which public school buildings are closed to students through the end of the academic year. /AP

The U.S. is now leading the world in COVID-19 infections and deaths, totaling nearly 1.6 million and 95,000 respectively. Experts say in an ideal situation, reopening schools should be accomplished by widespread and frequent coronavirus testing, which so far in many countries is a challenge.

In this case, experts recommend that if schools are to reopen, the best way to lower risks is reducing social contact by putting children in the smallest groups possible. They also point to other measures, like wearing masks, temperature checks, hand-washing and frequent sanitization, and addressing these measures is vital.

According to Michael Mulgrew, the head of the New York City teachers union, based on the typical size of a classroom in New York City, 12 would be the most children a classroom could accommodate while maintaining social distancing. The reducing class sizes would mean staggering schedules. For example, one group of kids might attend school on Monday and Tuesday, and study at home during the rest of week days.

Schools can open up, but some parents might still choose to keep their children at home. In Denmark, a Facebook group called "my kid is not going to be a guinea pig" reportedly has 40,000 members. 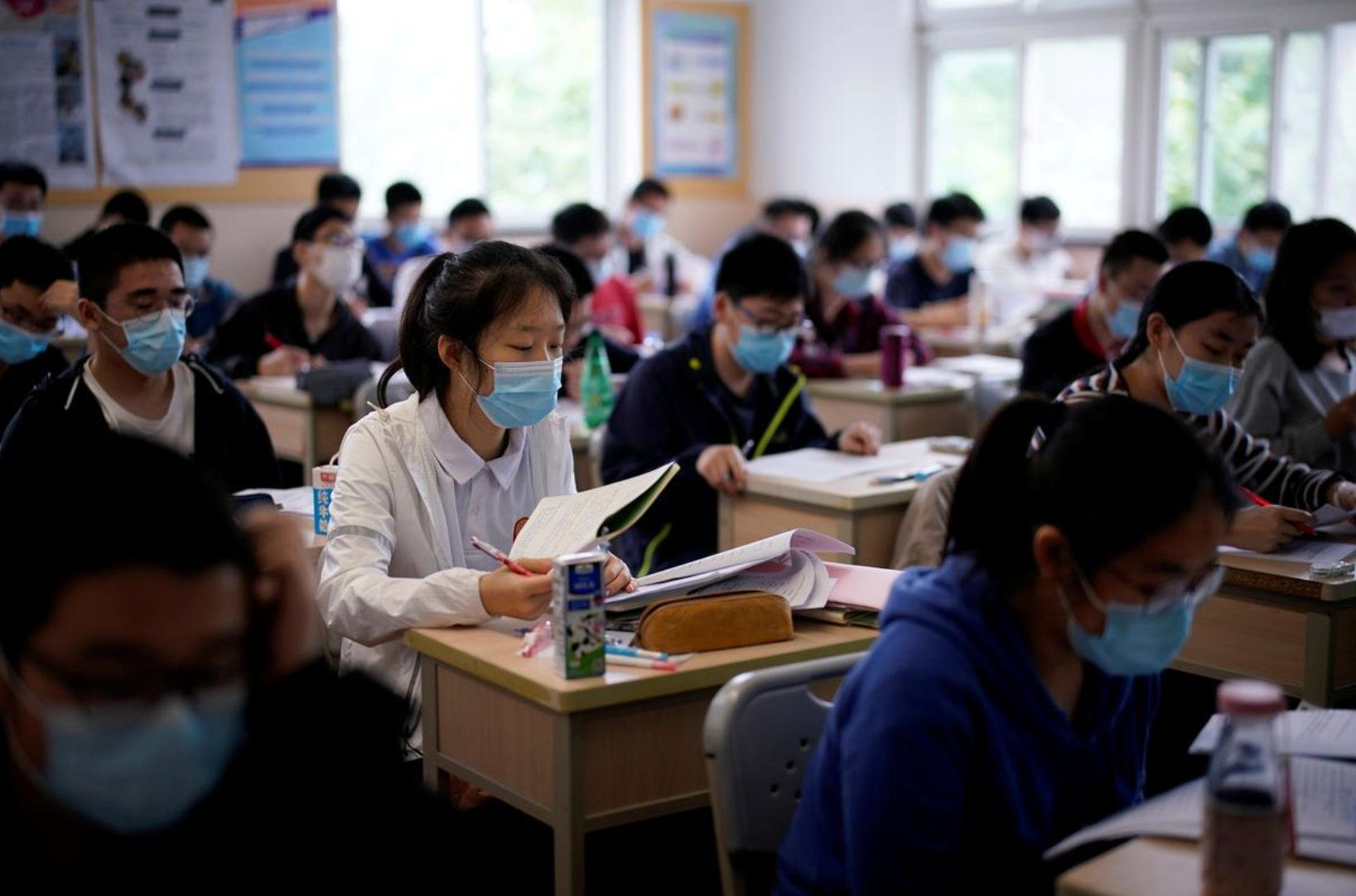 Senior high school students are taking a class in a school in Shanghai, China. /Reuters

Senior high school students are taking a class in a school in Shanghai, China. /Reuters

In Britain, after its Prime Minister Boris Johnson's announced the roadmap for ending the COVID-19 lockdown, in which schools across the country have been asked to reopen after the May half term to children in Reception, Year One and Year Six, many parents kept asking will they get fined if they refuse to send their children back to school, which the government has assured them that they'll not be fined due to safety concerns.

A paper on the educational effects of the 1916 polio epidemic in New York City, recently published by Melissa Thomasson, a health care economist at Miami University, pointed out that when schools reopened after weeks delay to slow the spread of what was called "infantile paralysis" in 1916, about 200,000 of the city's 829,000 registered students stayed home out of fear of spreading the disease. 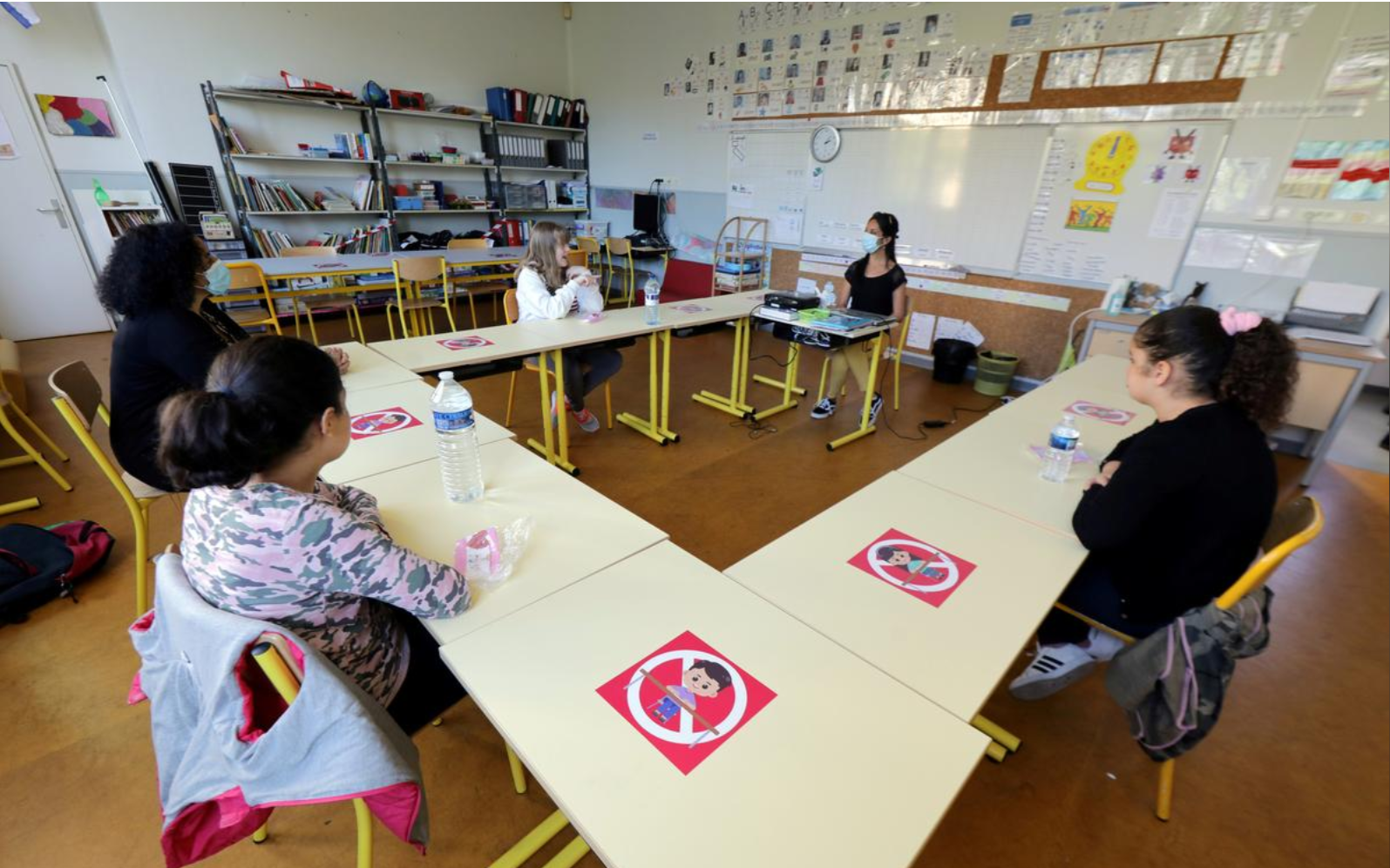 Schoolchildren listen to their teacher during its reopening at a primary school in Nice, France, May 12, 2020. /Reuters

Schoolchildren listen to their teacher during its reopening at a primary school in Nice, France, May 12, 2020. /Reuters

Though many schools promised they will take excessive measures to ensure the safety of students, the inaccessibility of a vaccine, the lack of widespread testing and the challenge of forcing playful children to keep social distancing at school are all risks that many parents are reluctant to take.

Countries like China, Vietnam, France, Germany and Australia have reopened schools and some countries have made coronavirus-exit plans for school reopening, but recent accidents related to COVID-19 cases make governments around the world concerned about a flareup.

In France, some lower grades were opened last week, and 150,000 more junior high students went back to the classroom on Monday as further restrictions were loosened by the government.

However, just a week after a third of French schoolchildren went back to school, French Education Minister Jean-Michel Blanquer sounded the alarm, saying a worrying flareup of about 70 COVID-19 cases has been linked to schools. The affected schools are being closed immediately and seven schools in northern France were also closed again. 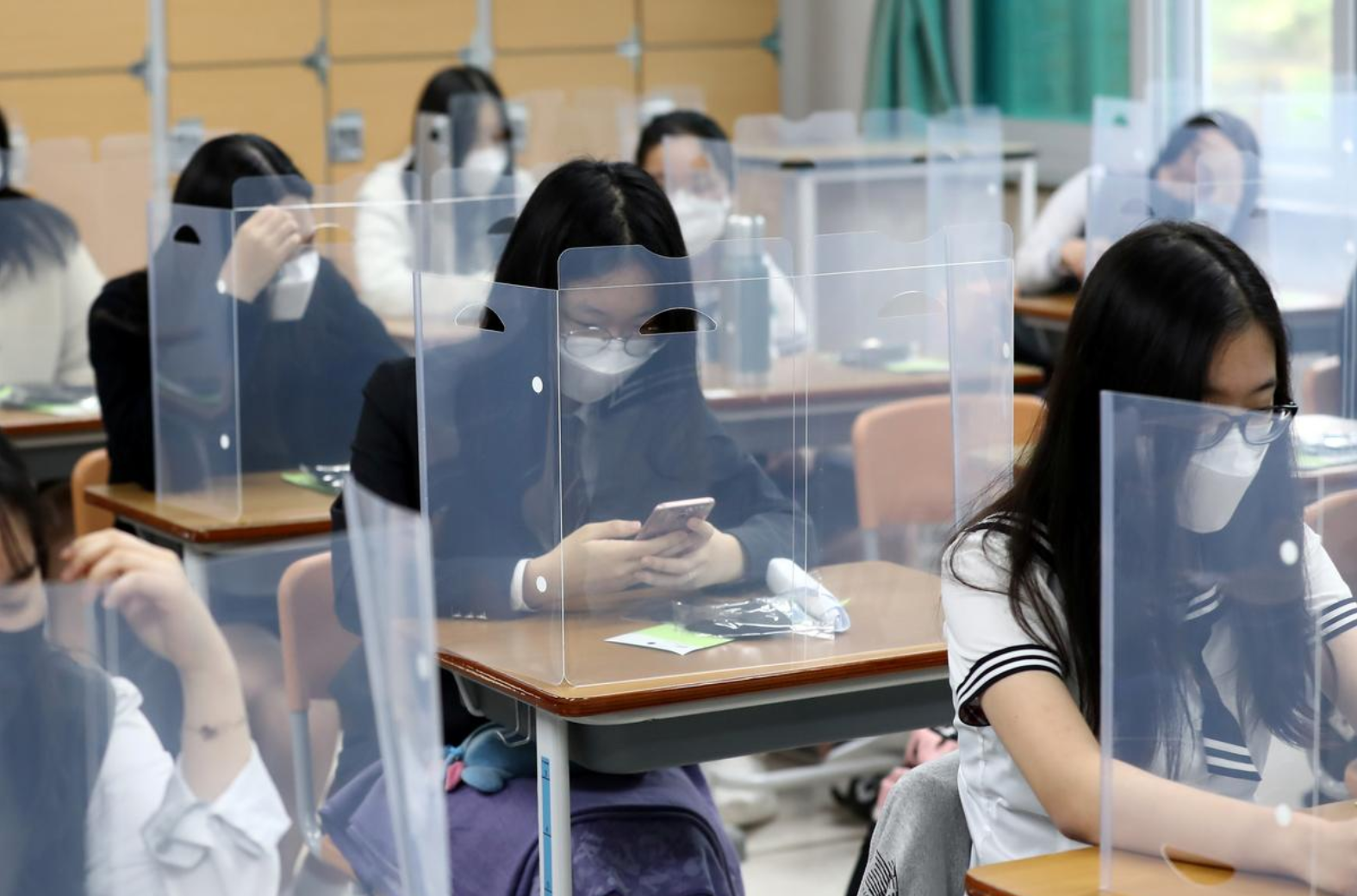 In South Korea, the government had been planning for high school seniors to return to classes last week and others to come back on Wednesday, but both are delayed because of the latest coronavirus flareup.

Last week, a 29-year-old South Korean man who visited five nightclubs in Seoul a week ago was tested positive for COVID-19. According to officials, nearly 80 people in the Itaewon neighborhood got the virus from him. As a result, school reopenings are delayed and bars and night clubs are closed indefinitely.

Two high school seniors tested positive in Incheon Wednesday, causing some students to be sent home almost as soon as they walked through their school gates for the first time this year. The discovery marred the reopening of South Korean schools, forcing 75 high schools to turn students away amid fears that it was unsafe for classes to resume.

Maria Litvinova, a researcher at the Institute for Scientific Interchange in Turin, Italy, told NPR news that without treatments or a vaccine, "there is no such thing as 'safe' reopening."